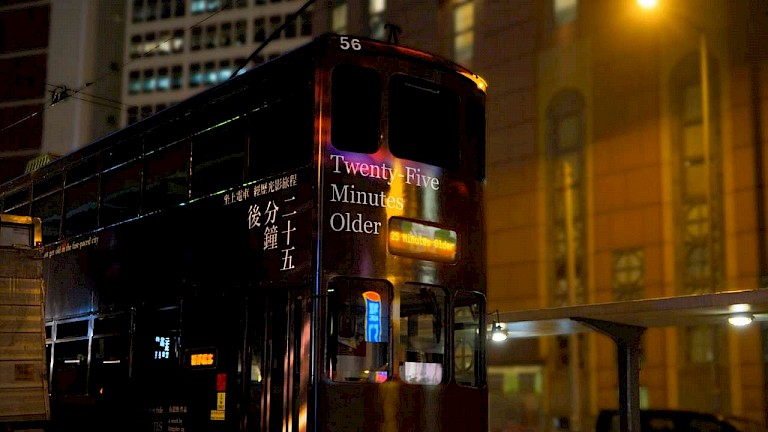 The term 25 Minutes Older referred to the Latvian black-and-white documentary “Ten Minutes Older.” The meaning of 25 minutes, the length of the route, was inspired by the big name filmmaker Wong Kar Wai to make In the Mood for Love, which takes place in 1960s Hong Kong. To experience the special trip 25 Minutes Older, audiences would board a special tram from the departure of Western Market or Causeway Bay to meander through the city. During the whole journey, audiences would not see scenery passing by through the windows. Instead, they would found out the scenery in an enclosed compartment, turned into a camera obscura with two apertures on its sides. The running images from the tram cabinet were a textual narrative contributed by Hong Kong renewed writer Liu Yichang. In the tram, a woman's voice intoned a wish to migrate to Hong Kong, where apparently grand houses with gardens could be purchased for a few bars of gold.25 Minutes Older reimagines the Hong Kong tram as much more than conveyance system, but also to provide a cultural platform of the city.

The medium Ding-ding tram that applied at the project was the representative of Hong Kong culture. With the celebration of 110th birthday of tram system, ding-ding tram was called an ubiquitous part of the landscape. But the underground train system as the dominated transport, provided faster ways of getting around in Hong Kong. Taking trams seemed to be a special nostalgia for Hong Kongers. However, according to the artist:” A city gets old. People get old, but something doesn’t.” 25 Minutes Older was a space for the audience to re-experience the city through moving images and texts that related to the old time in the city. The project was served as a vehicle for looking back. It raised a number of important questions about where we were headed from here on out in this age of unprecedented change, and what we have learnt from the experience of Hong Kong. 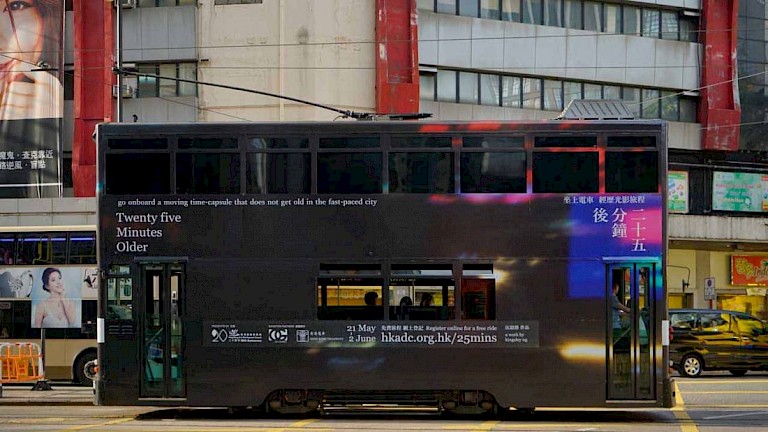 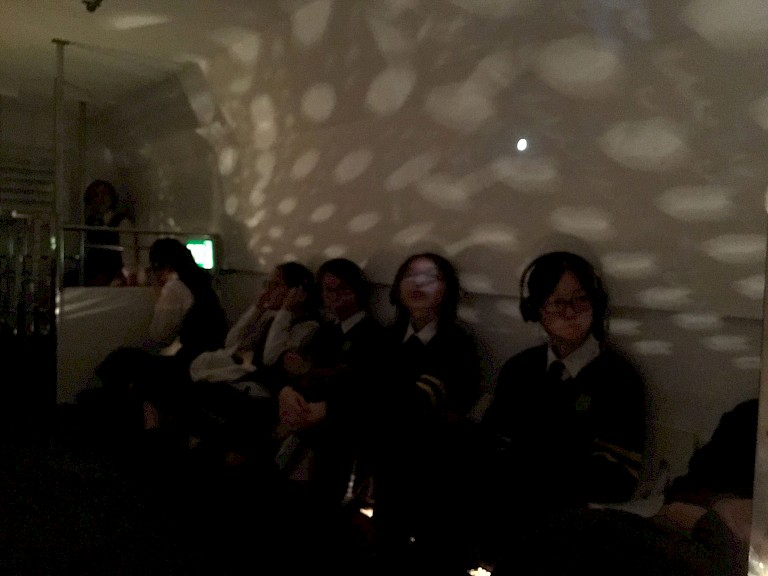