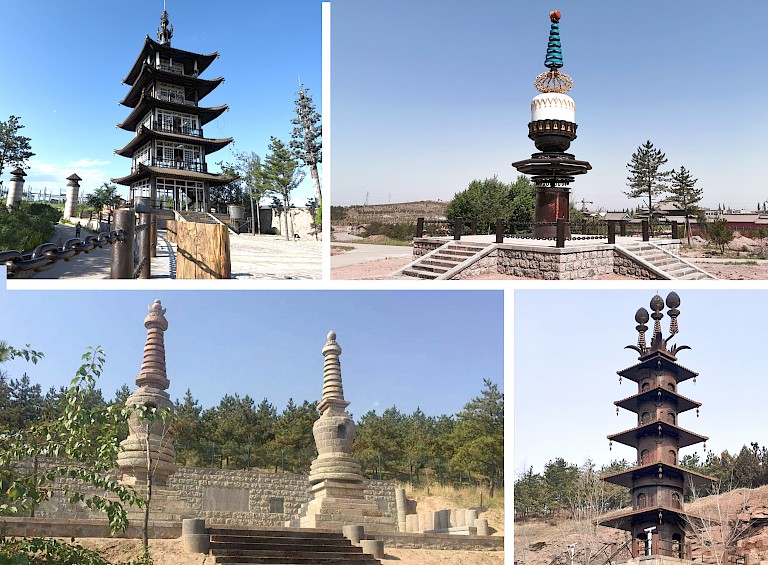 A Legendary Indian Pearl of Yungang

Zhang Zhuo’s creation philosophy is to create another public art landscape based on Yungang Grottoes in the expression of Buddhist grotto art by using remains of neighboring mines and villages. The landscape, a demonstration zone for public art, carries the historical memory of urban and rural areas in Datong and integrates into the cultural and historical environment of Yungang. As China’s first model to combine the utilization of waste materials with the construction of scenic areas, the works which include pagodas, stone posts, stone walls, lanes, pavilions, squares, houses, etc. are seen everywhere, showing the concept of low-carbon environmental protection and the spirit of economy and innovation. By reflecting the relationship between the fragments of substance and eternal image in the vast and long history of time and space, the landscape arouses people’s wide-ranging reflections over the change of civilization, sustainable development and the mission of mankind.

The landscape is created on the basis of the Buddhist art of Yungang Grottoes and the culture of coal mine to explore the two-way integration between tradition and modern civilization. By paying attention to its internal spirit, ideas, changes and development, the landscape arouses people’s interest in discovering spirit through images. Through the art reproduction of abandoned objects, the landscape reinforced the profound and harmonious concept of environmental protection and the common spirit of saving resources. In history, craftsmen cut Mount Wuzhou to get vertical walls and then removed rocks to build caves. By the subtraction in craft, a treasure trove of world-class art was built. Today the staff of Yungang Academy keeps on the great work of ancestors by the utilization of abandoned objects to deliver the organic connection between history and nature.

If beauty represents itself with diversity and integrity, the world will be blessed with harmony and unity. 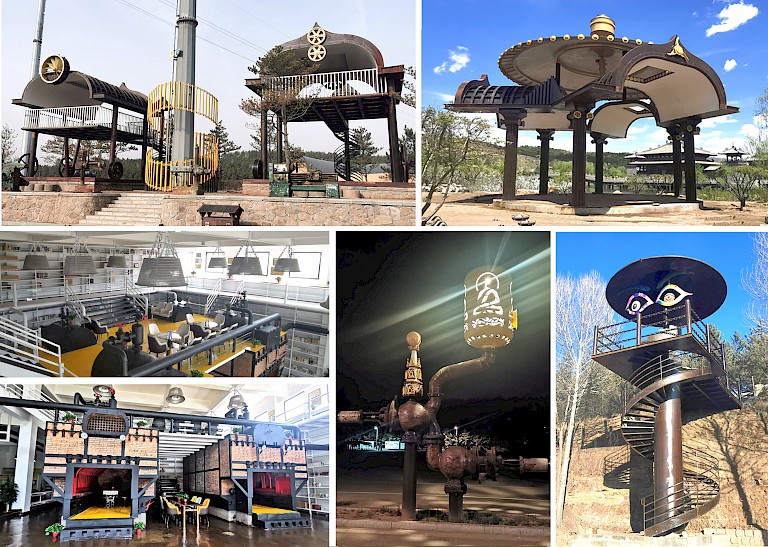 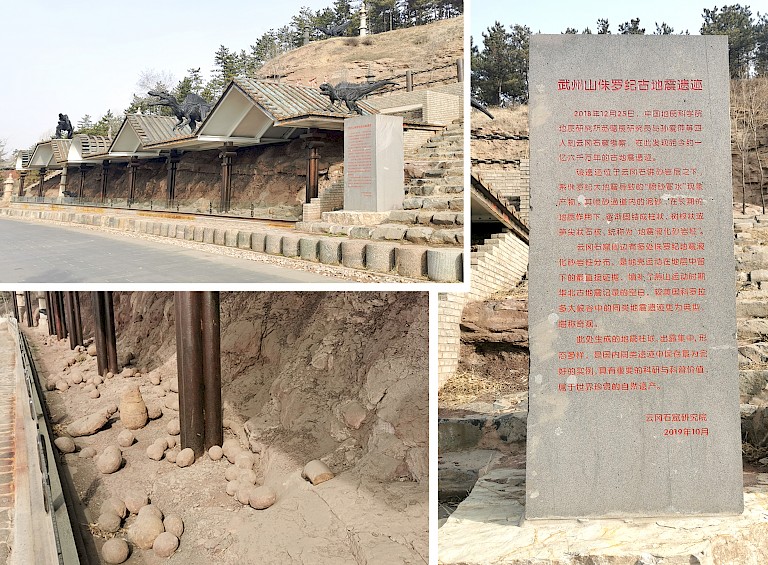 Zhang Zhuo, male, was born in October 1963. Zhang Zhuo is a research fellow of Cultural Heritage and Museology and secretary of the party committee of Yungang Academy. He is an expert entitled to the State Council Special Allowance and he is also a senior expert connected by the Shanxi Provincial Party Committee. He also serves as the visiting professor at Archaeological Center, Peking University, the director and master supervisor at the Religious Art Institute, Hebei Normal University, the master tutor of Shanxi University and Ocean University of China, and the distinguished professor of Shanghai University. He has received the following titles and awards: “Model Worker of Shanxi Province”, “Top Ten Meritorious People of Shanxi Tourism”, “Academic Leader of Shanxi Province”, “Four A Batch Talents of Shanxi’s Propaganda and Culture System”, “High-end Leading Talent of Talent-support Program of Shanxi Province”, “Zhanghan Leading Talent”, etc. He was elected as a representative of the 12th and 13th People’s Congress of Shanxi Province and a member of CPPCC of Datong. He was granted the “Green China Person of the Year” in June 2018 by the National People’s Congress, Committee of Population, Resources and Environment of the CPPCC, Ministry of Ecological Environment, etc.

Yungang Grottoes, one of the first batch of Key Cultural Relics under the protection of the State Council, a 5A scenic spot, a World Heritage Site by UNESCO, is known as one of the three great treasure troves of Buddhist grotto art together with Mogao Grottoes in

Dunhuang and Longmen Grottoes in Luoyang. Yungang Grottoes had long been encircled by villages and mines, leading to a dirty and messy environment. A three-year comprehensive upgrade project had been conducted by Datong Municipal Committee and Municipal government from 2008 to 2010, expanding the scenic area to roughly 10 times and changing the scenic area considerably. While the upgrade of the scenic area requires continuous improvements and reinforcements. Having put in place the hardware facilities is one half; software construction like the infusion of cultural contents to the scenic area, the improvement of service is the other half. Meanwhile, many details of the scenic area required improvements, such as the lack of cultural connotation and people-oriented service, no supporting landscapes, small squares, lanes, resting facilities for tourists, or participatory recreational projects. Zhang Zhuo, the head of Yungang Academy, has worked to manage, maintain, and uphold the new image of Yungang scenic area and better carry forward the culture of Yungang. It has long been Zhang Zhuo’s goal to make Yungang bigger and stronger.

With the acceleration of urbanization, China is having a rapid urbanization revolution. As large amounts of new buildings are being built, old buildings being dismantled and old roads being renovated, China has become the country with the largest scale of buildings. During the process of urban reconstruction, a great amount of construction waste has been generated. The waste is either being discarded or being buried, which leads to the appropriation of the land that we live on, the pollution of our environment, and damage to the planet for our descendants. It becomes a social problem to deal with construction waste. Zhang Zhuo was astonished to see cement roads being cut into pieces and discarded at the roadside during road renovation. After the dismantlement of old buildings, all construction waste was buried in deep pits. Due to drought, trees died soon after transplanting. Zhang Zhuo felt so grieved that he determined to make the scenic area a national model in energy saving, emission reduction, low-carbon environment, the utilization of waste materials, and soil and water conservation.

Zhangzhuo has built landscape walls which are a total of 8 kilometers long, seven environment-friendly toilets, 11 stations for battery cars, 13 garden squares, 18 pavilions, 50 lanes, a great many statues, functional houses and retaining walls using abandoned rocks. Moreover, he made use of discarded timbers, rocks and steels to build numerous pagodas, gate posts, bases and five parking lots. Hundreds of public art works have been created by the use of millstones, stone rollers, steles, old machines and tools. These works greatly enrich the cultural connotation of Yungang Grottoes and make Yungang Grottoes the first world heritage site in China to create a landscape by the utilization of solid waste. The landscape project is educational for scenic areas in Datong and even in China in ecological environment protection. Zhang Zhuo took a hands-on approach to every project. He participated in the selection of materials, designing and drawing of works and he gave on-the-spot guidance to workers. Over the years, more than 40000 cubic meters of solid waste has been used, saving the government over 200 million Yuan. Special reports on the project are done by a number of domestic and foreign media, such as: Xinhua News Agency, People’s Daily, China News Network, Legal Daily, China Environment Daily, Malaysia’s United Daily, etc. Zhang Zhuo was honored the Green China Person of the Year 2016-2017 in June 2018 by the National People’s Congress, Committee of Population, Resources and Environment of the CPPCC, Ministry of Ecological Environment, etc. He was introduced as “Zhang Zhuo has created humanistic landscape and low-carbon facilities out of discarded materials and he has also combined the preservation of cultural relics with environmental protection, setting up a Chinese example in environmental protection for world cultural heritage sites. He is truly an inheritor of ecological culture. On his visit to Yungang Grottoes on May 11th, 2020, Xi Jinping, General Secretary of CPC Central Committee, spoke highly of the preservation of cultural relics and the construction of Yungang scenic area.

The significance of a cultural heritage lies in that it records the course of a nation’s spiritual and cultural development. And it reflects people’s spiritual belief, cultural concepts and aesthetic consciousness. Zhang Zhuo’s approach to the utilization of wastes and trash to treasure is environment-friendly and energy-saving. His approach solves the problem of pollution caused by solid waste and it also awakens people’s environmental consciousness to protect the earth and save resources. More importantly, these works can keep the memories of China’s agricultural era and the history and culture of Datong’s industrial age. He integrates environmental protection with the preservation of cultural relics, setting a Chinese example for the construction of cultural heritage sites worldwide. His approach has great reference significance to the construction of other heritage sites worldwide.