The artwork has the goal to de-centralize art and open it for the public. The techniques employed include graffiti, painting, collage, installation and performance. As an artistic movement, the collective invites everyone to join the process of re-appropriating the walls of the city and sign their name. The project developed into various independent groups and new collectives that nowadays work decentralized and autonomous all over Tunisia and North Africa.

This collective consciousness surfaces in the form of street protests. Viewers of and contributors to the mural do not have to say or do anything to create a bond. One look at the powerful dégage posters and they are reassured that they are fighting the same battle, unified in their beliefs and the ideas reflected in the image. French journalist Lorena Galliot states that “Tunisian street artists are reclaiming public spaces that were once tightly controlled by police and street services... art groups are using their newfound freedom to paint their hopes, fears, political views for everyone to see.”

The Tunisian art group Ahl Al Kahf, meaning “cave people”, was amongst the first and most influential art collectives in Tunisia and powerfully contributed to collective movement giving a voice for people and leaving traces in public spaces, that cannot be silenced by any regime’s powers.

The excellence and value of Ahl Al Kahf’s public art is based on three main pillars: the high quality of their artistic works, its inclusionary approach and its impact. Moving out into the streets, the collective created the first street art movement of Tunisia.

The graffiti, collages and paintings demonstrate the excellent artistic qualities of their makers. Especially remarkable are the skilful use of pre-existing structures (this can be seen in painted scissors cutting a stone in the wall), the effective use of symbols and playful re-interpretation of slogans (for example turning the CocaCola label into an ironic “Enjoy Capitalism”) and the thoughtful references to which paintings and posters allude.

The inclusionary approach of being a “liquid” movement with no fixed membership status invites everyone to become an artist: to go out into the streets and paint walls to express their opinion. The Ahl Al Kahf-movement explicitly encouraged people to sign wall paintings in their name as the idea of private property ownership is neglected. The collective’s manifesto states: “Ahl Al Kahf” is not Tunisian nor Egyptian nor of any other nationalities. It is an epidemic propagated by contagion.“

The visual traces inscribed into the urban spaces of Tunis and many other cities allowed the non-institutional political turmoil during and after 2010/2011 to become publicly visible. With this approach the collective made their political claims without turning them into totalitarian statements and were able to enter the field of politics without being complicit in the corrupt power games of domination. Calling for a massive re-appropriation, the Ahl Al Kahf played a significant role in the long due transformations in politics, in everyday lives and on the streets. The artistic excellence and the significance of their work for political transformation was acknowledged in several academic articles, international media and documentaries.

Ahl Al Khaf was formed in the course of the Arab revolutions. The group emerged in February 2011 Kasbah-sit-ins, on the public square in front of the governments headquarters. After Ben Ali had resigned in January 2011, the protests continued and demanded for a constitutional assembly to guarantee a real political transformation that went beyond changing the faces of the ruling politicians like the former dictator Ben Ali. The collective was formed by three students of the University of Fine Arts in Tunis, who had previously designed posters, circulating online and offline, which contributed to igniting the popular unrest that lead to the fall of the regime. After this first wave of intense activities, the collective came together again during the Kasbah-sit-ins and the occupation of the public square. In February 2011 they consequently decided to continue the struggle as activist-artists and chose the name Ah AlKahf as the label for their future activities. 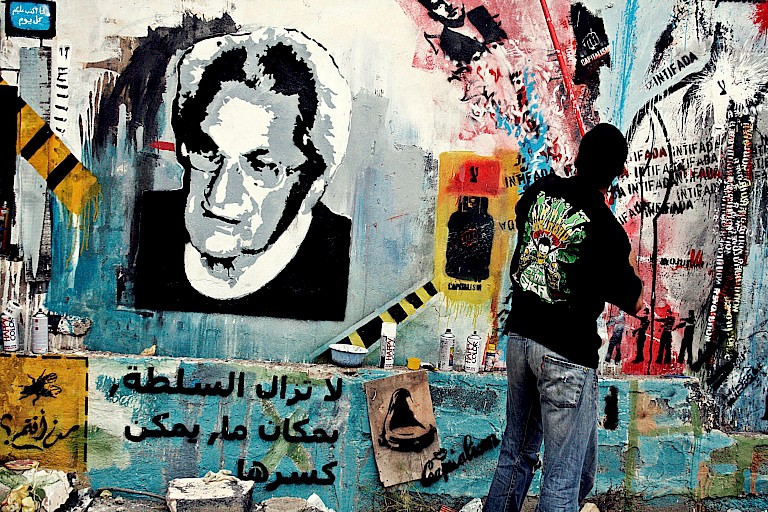 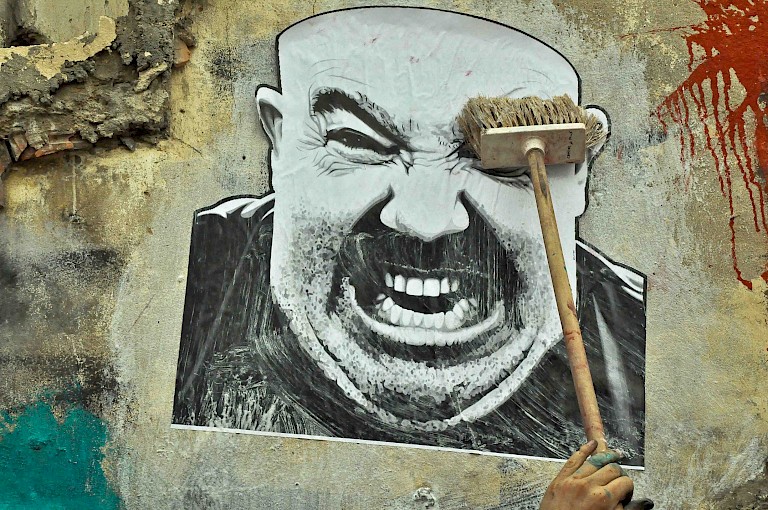 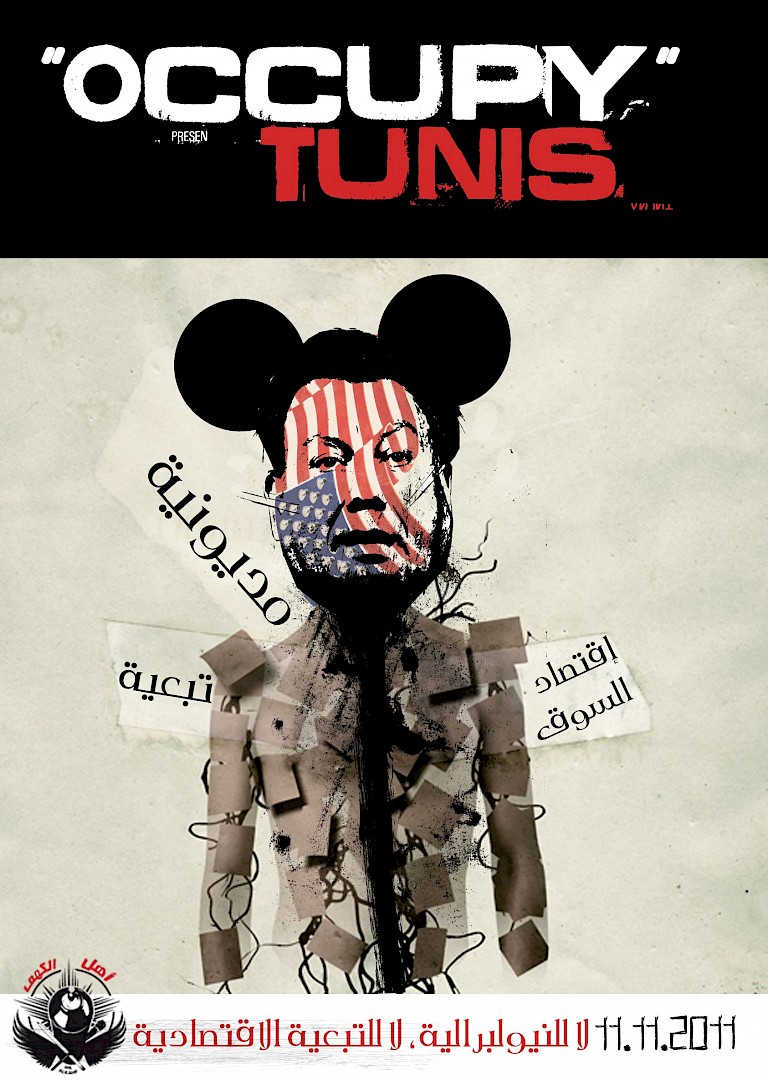 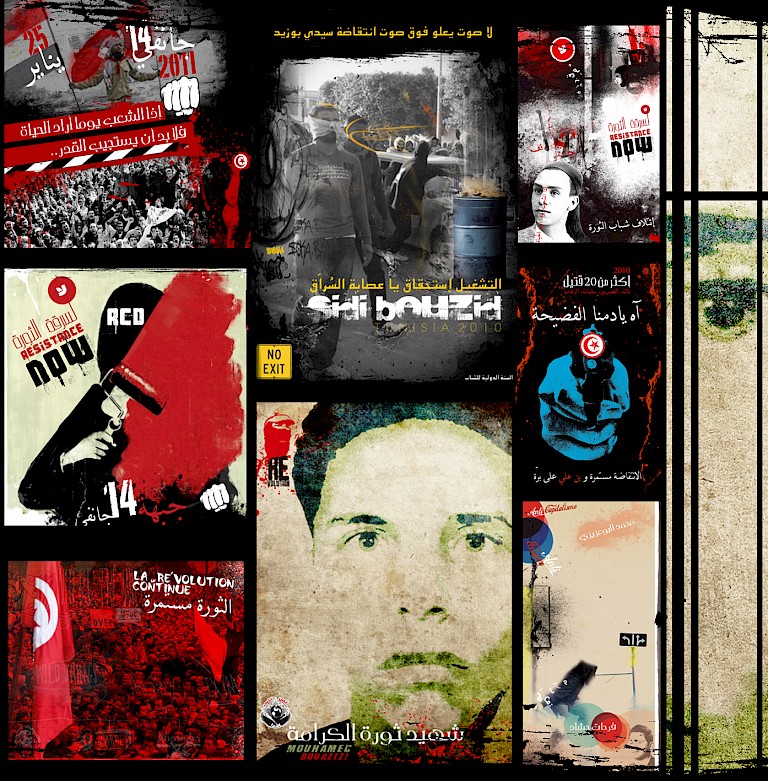 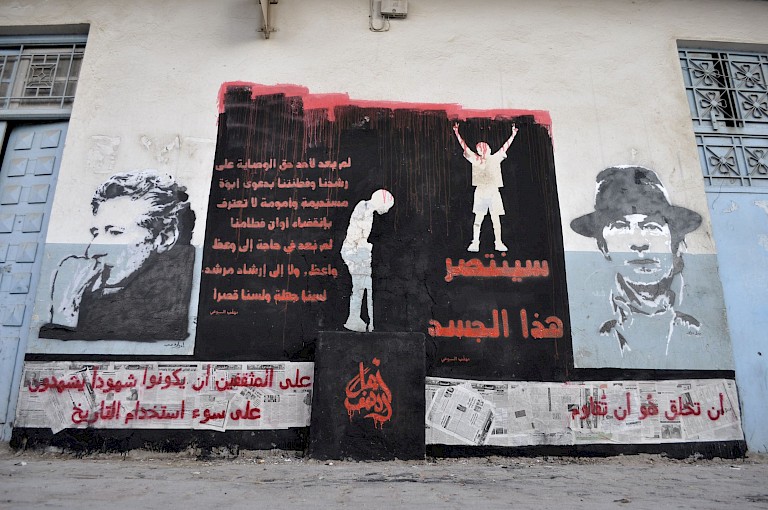