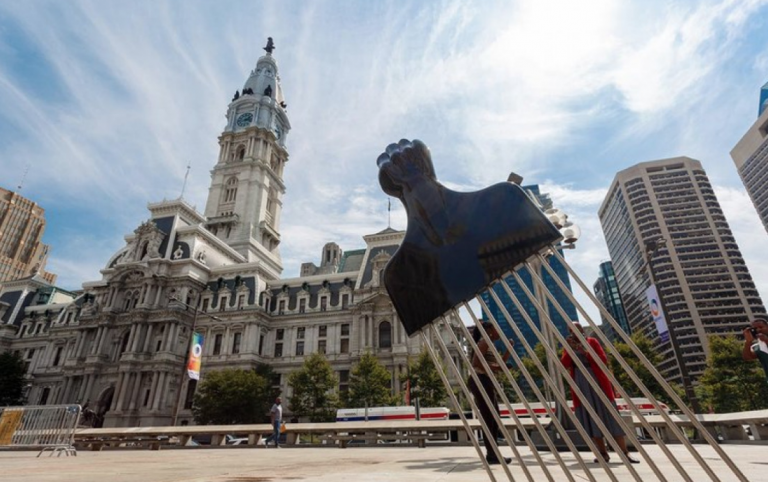 All Power To All People

“All Power to All People” was developed by Hank Willis Thomas, as a symbol of community, strength, perseverance, comradeship, equal justice, and belonging. The artist’s statement notes:

“The origin of the Afro pick dates back to the time of ancient Egyptians as an article of status and cultural belonging. The clenched black fist comb in particular is associated with the 1970s Black Power Movement. As an accessory of a hairstyle, it represented counterculture and civil rights during one of the most important eras of American history. It exists today as many things to different people; it is worn as adornment, a political emblem, and signature of collective identity. The Afro pick continues to develop itself as a testament to innovation.

In 2017, Monument Lab and Mural Arts Philadelphia collaborated to create a public art and history project in Philadelphia, where both organizations are located. The project asked the question, “What is an appropriate monument for the current city of Philadelphia?” Twenty artists created temporary prototype monuments that were installed across the city in the 10 most iconic public spaces, including parks and squares. All works were displayed at the same time, with research labs located near each to engage community members in conversation around monuments, and to dream up ideas for new monuments with the public. Through these projects more than 5000 ideas for new monuments were collected, and were turned into a final report to the city.

“All Power to All People” was one of the temporary artworks displayed during this time, on Thomas Paine Plaza directly across from City Hall and in very close proximity to Claes Oldenburg’s Clothespin and Paint Torch, Jacques Lipchitz’s Government of the People, and Zenos Frudakis’s statue of former mayor Frank Rizzo. The proximal relationship between Thomas’ piece and the sculpture of Rizzo shined a bright light on just what gets commemorated in our shared public spaces. Rizzo was a known racist and the sculpture was a gathering point in Philadelphia for Black Lives Matter protests after the murder of George Floyd in 2020, and removed shortly after. A statue of Octavius Catto, the first monument in Philadelphia that was dedicated to a historic person of color on public land in the city, was installed the same month as All Power to All People Thomas’ sculpture showed that we can challenge form, material, context, and content in memorials and monuments across the country, and denoted the lack of commemorative statues that address equal justice and belonging and drew a contrast to existing sculptures memorializing figures that perpetuated inequity and violence in their time. 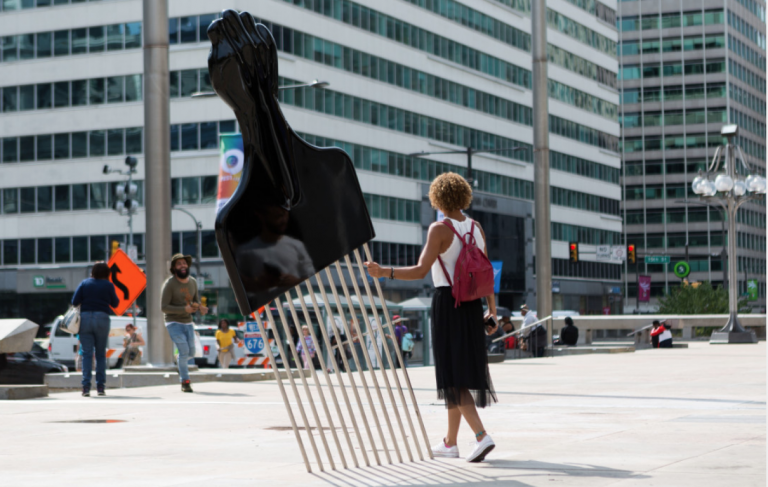 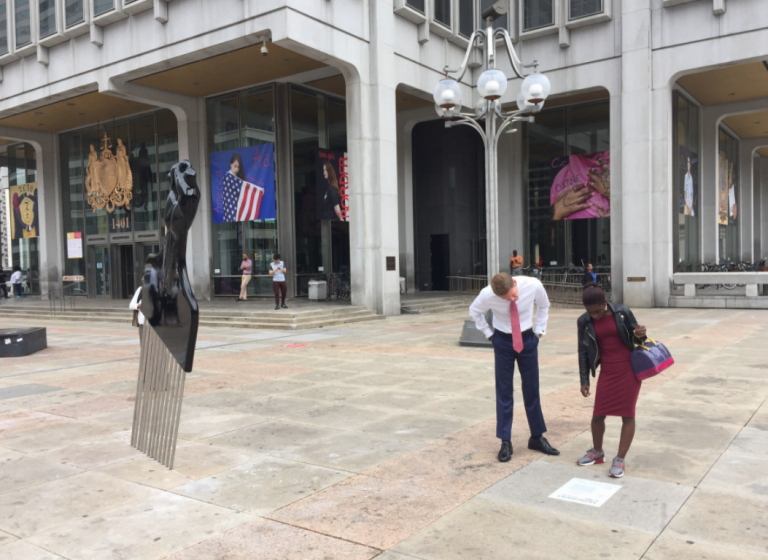 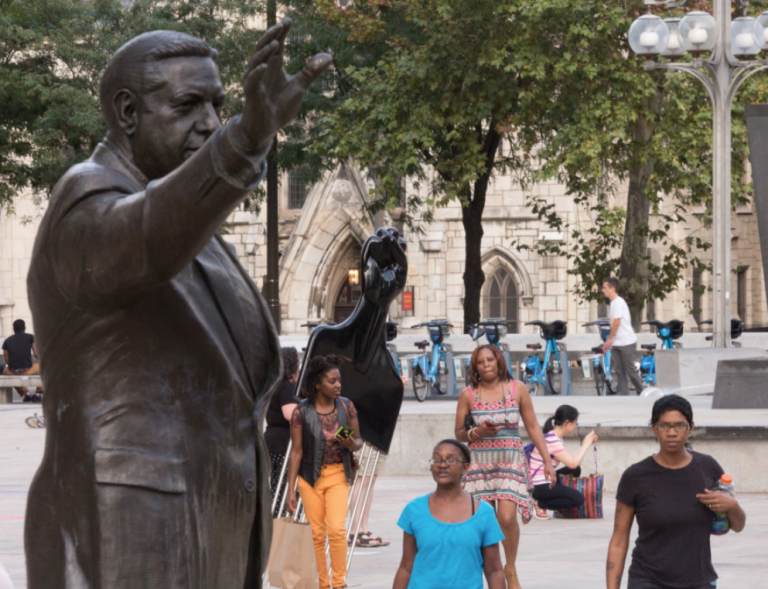