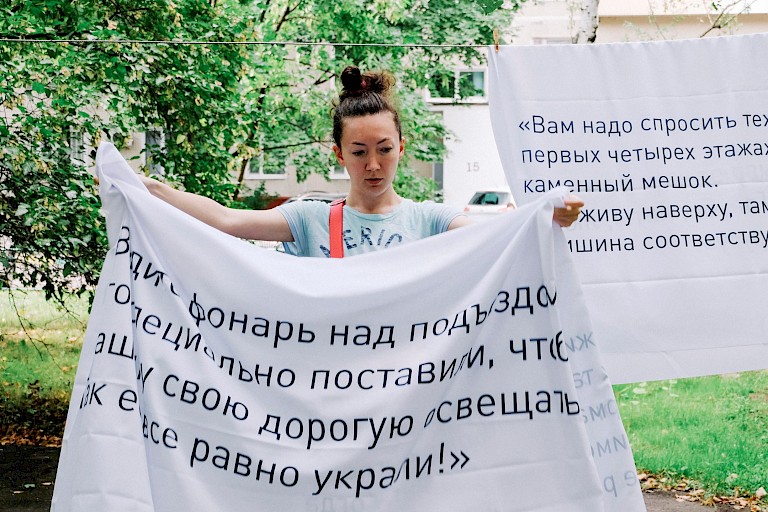 «Bedsheet» was a participatory project by Elena Kholkina, comprising a series of events that took place in summer 2015 in the yard of a ring-shaped house, the so-called «bublik» («bagel») — a round nine-floor building, constructed in Moscow in the end of the 1970s. There used to be an urban legend spread by newspapers in the 80’s that the municipality of Soviet Moscow had planned to build five of such ring-shaped blocks of flats with an idea to commemorate the 1980 Summer Olympics held in Moscow and only two of these houses had been constructed — however, this proved to be a false version. Apparently, such buildings were too expensive to construct, took too much time to build because of the need of very meticulous control over the construction, and occupied too much space compared to regular housing projects, so there had never been any intention to erect more than two of them at all.

Both houses are located in the Western Administrative Okrug of Moscow: at 6 Dovzhenko Street (with 936 apartments) and at 13 Nezhinskaya Street (913 apartments). They were planne everyday life that emerged among the residents during the forty years of inhabiting it. Along with that, the artist had an intention to overcome the dominance of online communication that transformed the habitus of the ring-house community. The first part of the project implied comprehensive preparatory contact with the residents, during which Elena collected a variety of stories. These texts were later printed on bedsheets, and these bedsheets were hung out to dry in the courtyard. The objects with stories on them became triggers for live communication between the residents, creating a peculiar offline social network. Some of the bedsheets featured suggestions on how the use of public space could be improved, others carried remarks on comparing life during the Soviet Union and after, little personal comedies and tragedies, gossip, notes on walking the dogs, and even an anecdote on how taxi drivers called the ring-house ‘Pentagon’.

The series of artist-led exchanges and events culminated in a small outdoor tea-party with Russian bubliks and a screening of the video documentation of all the completed activities organized by Elena with the house residents. In addition to that, the artist printed special free zines that featured the history of the building and the residents' comments on life in it, highlighting the links between architecture, history, transforming communities, and their everyday life. In its entirety, «Bedsheet» was a successful experiment in creating a participatory project with the residents of a Moscow block of flats. It may also be considered the field research that would enable one to analyse whether the late modernist architectural planning — that had been implemented with community improvements in mind — may have been an overstretched idea or, on the contrary, a repository of plentiful unexpected potentialities.

As communal links have been fading away, the artist managed to offer simple and playful tools for exploring the roots and components of the community that was supposed to grow from the very structure of a ring-shaped house. The residents did contribute to the project profoundly and had a great deal of fun. «Bedsheet» was an important reality check for utopian ideologies and respective presuppositions about the ways architecture can or cannot define the quality of everyday life in a long-term perspective. In a certain way, the sentiment of the old Soviet courtyard culture, which had been one of the reference points for the architect in the 1970’s, was rather evoked by Elena Kholkina’s public art initiative forty years later than by the ring-shaped construction itself. «Bedsheet» was shortlisted for the V-A-C Foundation’s programme Expanding Space, and brought to life within it accordingly.

Expanding Space was an international open-call launched by the Foundation at the beginning of 2015, and invited artists, architects, and designers to submit ideas for installations that would use the potential of art in the urban environment of Moscow. As claimed by the organizers, the initiative for Expanding Space was conceived as a way in which the concept of art in urban environment — its place, purpose and method of production — might have been investigated and explored. The project aimed to be an instrument by which art would flow beyond the usual confines of ‘the city park’ and in so doing, pose timely questions about the commodification and status of public space and the relationship between community and environment.

The jury for the programme consisted of Mikhail Alexeevskiy (Center for Urban Anthropology, Design Bureau "Strelka", head of the Center), Cecilia Alemani (curator, program director for High Line Art, New York), Anna Bronovitskaya (Associate Professor of the Moscow Architectural Institute, director of Research in the Institute of modernism), Ekaterina Girshina (Strelka Institute for Architecture, Media and Design, director of the summer educational programme), Alina Saprykina (Museum Association "Moscow City Museum", director), Georgiy Nikich (Moscow Exhibition Halls Association, teacher), Maria Privalova (Moscow Institute for Social and Cultural Programmes, director), Elena Yaichnikova (Moscow Museum of Modern Art (MMOMA), curator, researcher). In 2018 V-A-C Foundation issued two volumes of the eponymous publication «Expanding Space» — the collection of public art cases shortlisted for the project. Many of them were never carried out because of the municipal regulations and bureaucratic problems, therefore, the book provided an insight into the artistic realm of potentialities that, for this or that reason, turned out to be incompatible with the present public conditions. 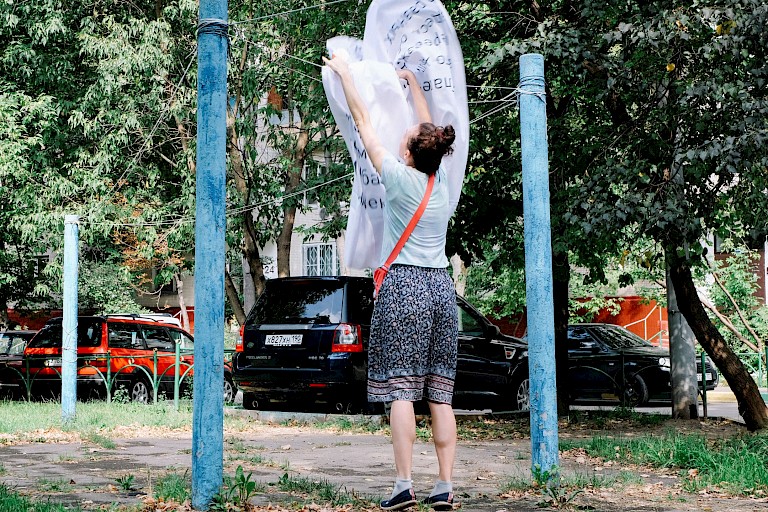 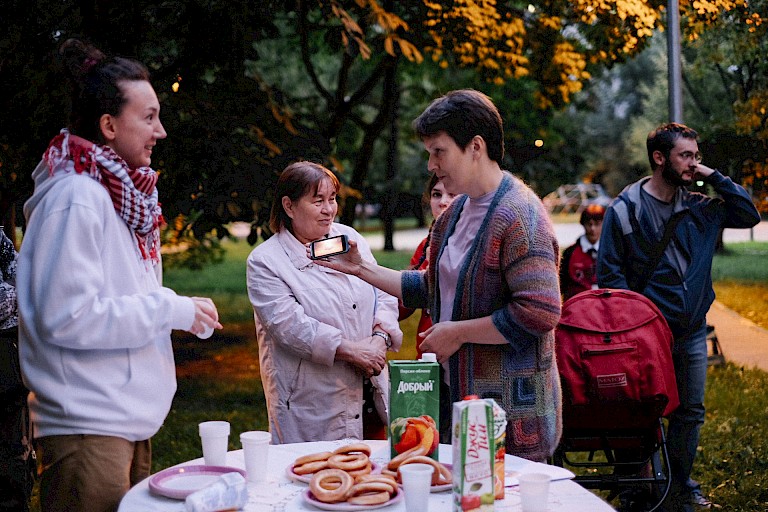 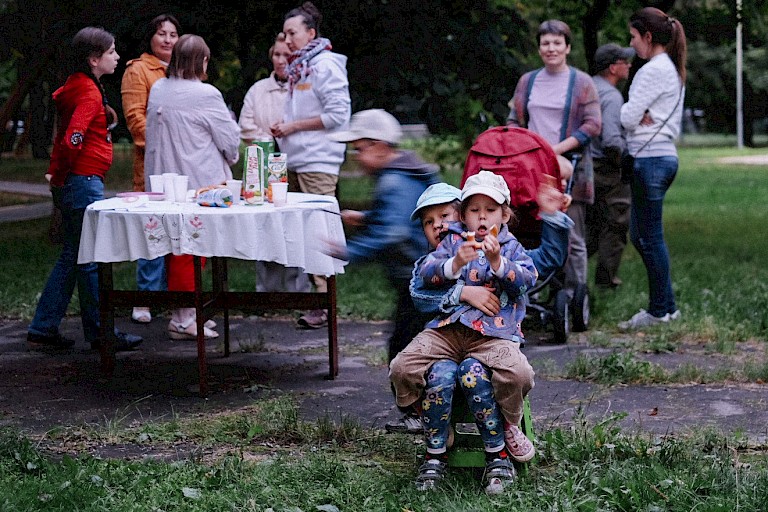 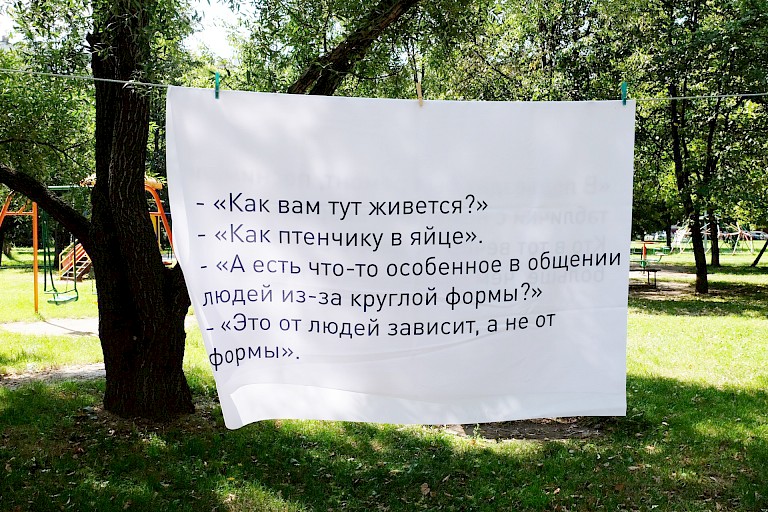 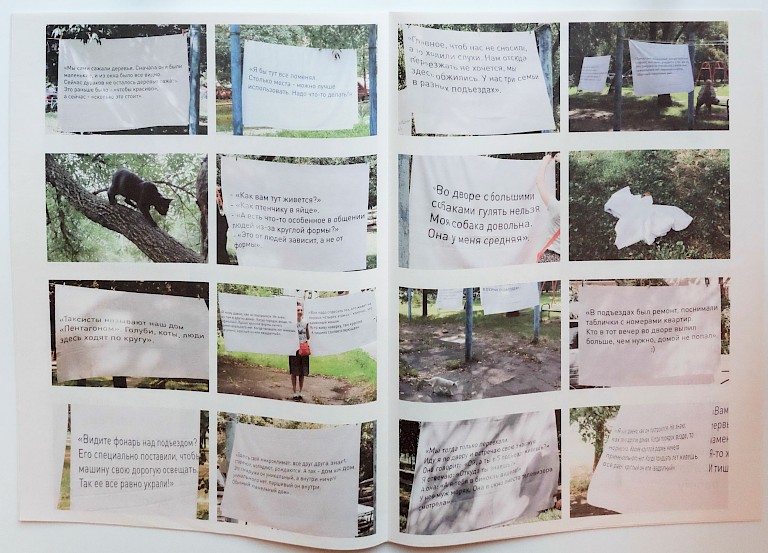 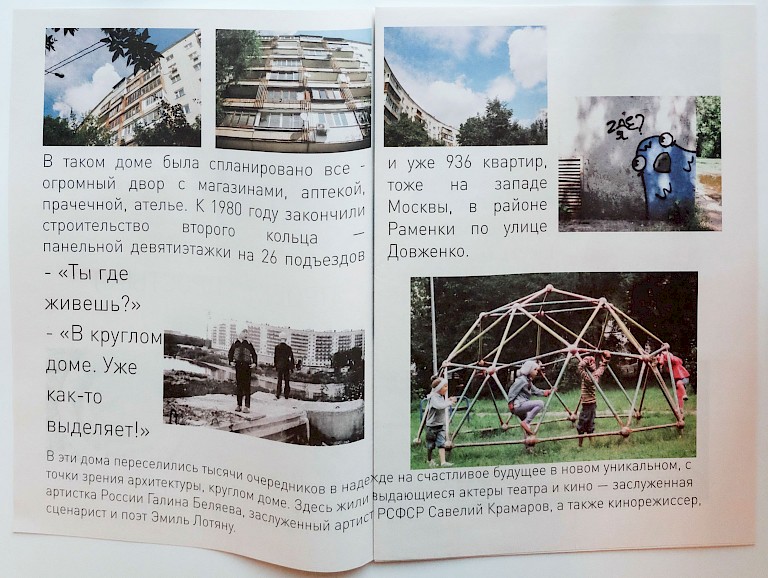 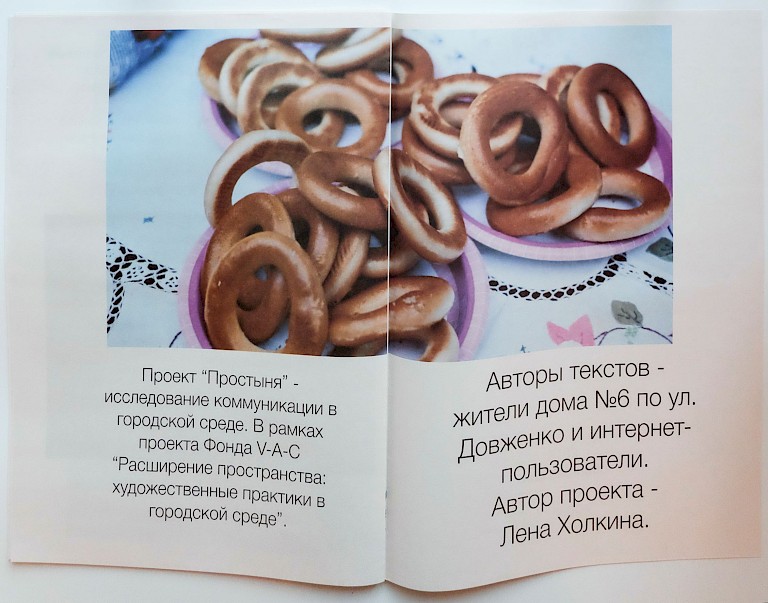