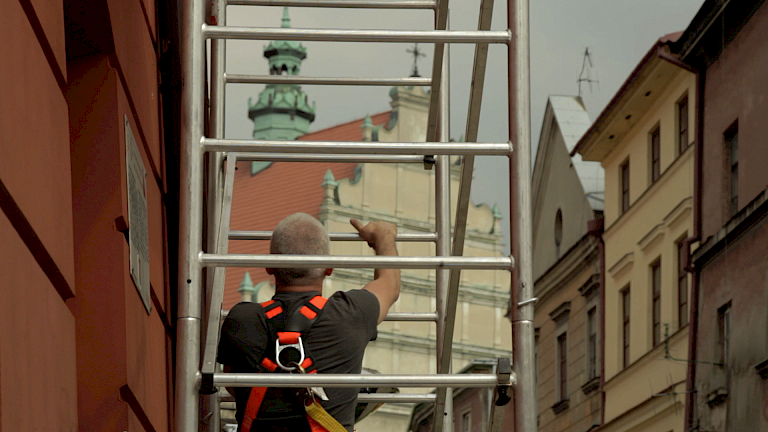 Breaking into business is an art project by Alex Villar, a Brazilian artist living in New York. Here he performs a series of urban “walks” using a scaffolding on wheels with the purpose of breaking into different kinds of businesses, while he documents the process using photography and video. The scaffolding structure can be interpreted as a construction site, as an ephemeral structure while building or repairing something. The artist looks for new ways to enter these spaces and questions the use of public spaces. The title of the piece is some sort of a twisted approach to what it means a successful entry to a field or industry, searching into the architecture of different kinds of businesses, paths not seen before and hidden potential uses of the space. The title also plays with the notion of “desirable” spaces in monetary terms as well as in social status. The final piece is exhibited in the form of a video projection during the opening day of Open City festival in Lublin, Poland in 2011. It was projected on the side of a building located at Plac po Farze. The actual building was part of the performance. In his artworks, Alex Villar, usually makes video documentation of his actions performed on the public space. In this case he uses it as a metaphor of an open city, a term that historically has been used during war to tell the enemy that he can invade without finding any resistance, but it is also used in contemporary cities to talk about the autonomy and freedom their inhabitants and visitors have, regardless of their beliefs, likings or roots. This double notion of open city reflects the ambivalence of opening your space to a stranger.

What is most interesting about this artwork is the conjunction between architecture, spacial thinking and artistic practices. It is a place from which different thoughts, within the political, historical and social realms, move across the experience of the body, in this case, the body of the artist. It opens a possibility to play with multiple meanings of a same concept and apply them to a whole city through small gestures. This project has the ability to inhabit that grey area that has to do with the actual breaking into private buildings, as a visitor or as an invader, as a form of piracy and to reclaim empty buildings, placing a new way of seeing the dual phenomenon between getting in and raiding a place. The artist uses art discourses to talk about the inexactitude of the frontiers between commercial, public, private, a resident, a visitor or a merchant.

This project was a direct invitation by Monika Szewczyk, who curated the exhibition. The piece was producedduring the weeks prior to the opening and exhibited during opening night. 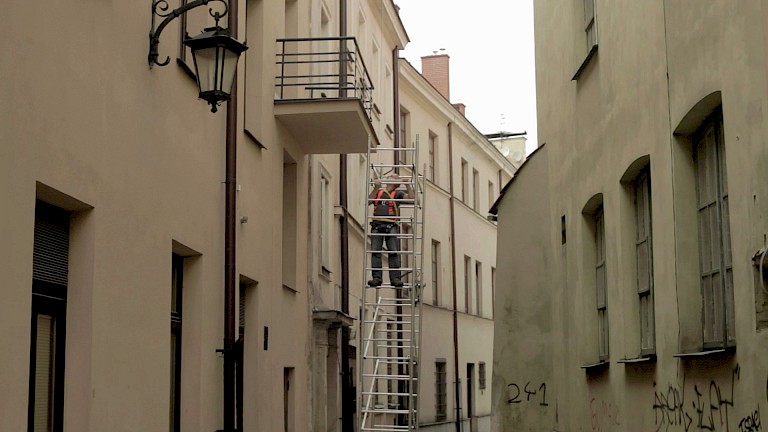 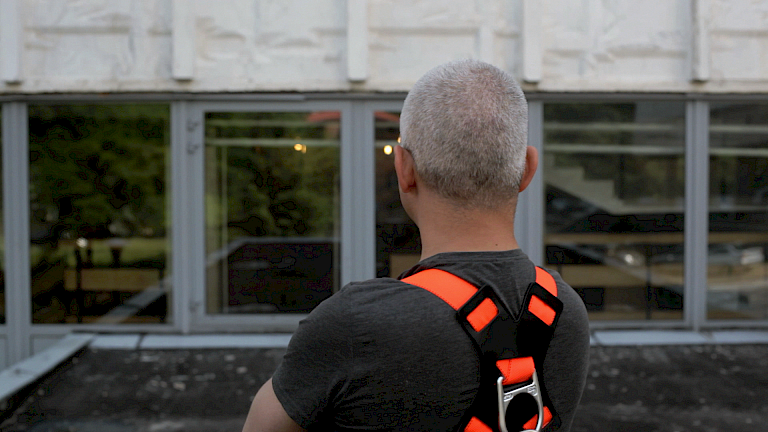 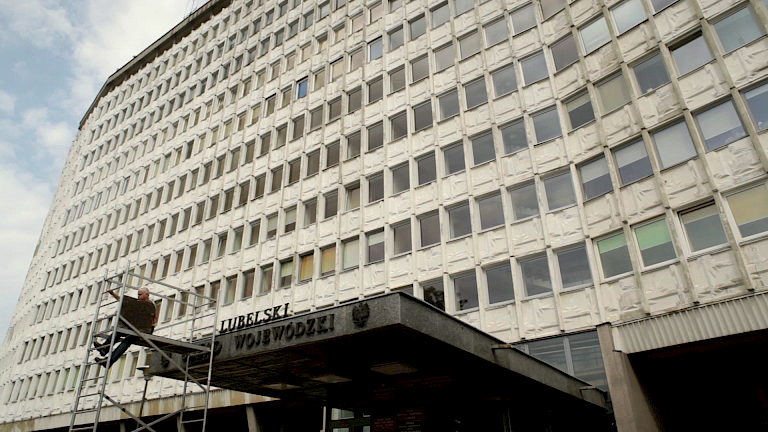