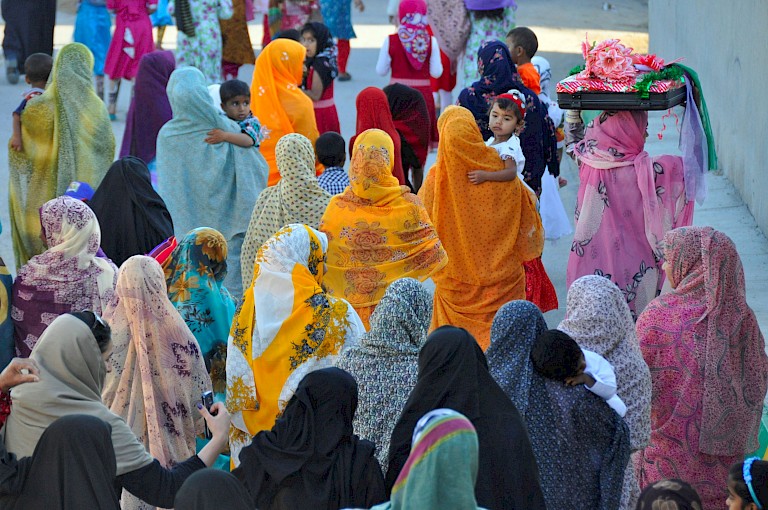 Dr. Ahmad Nadalian has been conducting many artistic projects of art in corporation with local community in the island of Hormoz, Iran. However the question still remaining, is whether these activities are capable of promoting and improving the economical and cultural development of the local people or not.

He started his social art activities in southern remote villages of Iran in 2015. His first and primary target was to educate the women of SALKH village in Gheshm Island.
Precious helps and supports of Ms. Zeinab Daryayee who is well known for being an active member of women’s right in the island enhanced this huge and valuable cultural, artistic and social movement.

In this project, similar designs and styles which were used for Hormoz Island in former projects of sandy carpet were used, however, instead of colorful sands, color full pieces of clothes which were attached on the surface of glasses were used. Due to thin and transparent texture of these pieces of clothes, a colorful and shining view would be observed after the glasses are subjected to the sunlight.
The application of various colors in the structure and texture of women clothes in the southern Iran is an obvious and flashing reality. The most significant points in southern women clothes which has always attracted artist, is the selecting, matching and designing these amazing colorful patterns for their traditional clothes.
This project was inspired from an old and traditional stereotypic and religious superstitious which stated that in the past people were attaching seven pieces of colorful clothe together to make a 7 piece clothes called (CHELTIKEH) and use it as a remedy for sick girls. It was believed that this blanket like piece of cloth could bring health to the sick girl. It was also believed that the used and old pants and skirts of women which needs to be thrown out shouldn’t be visible and in access for any one else in order to keep the women and girls modesty and prudency. Therefore parents and husbands were usually throwing them to the sea or even burn them in fire.

Dr. Ahmad Nadalian says that, “ I always regretted that why these amazing pieces of art works with such amazing design and combination of colors should be burned or drawn in the sea”

So he decided to take these clothes from the sea and even the half burned ones and sticks them together on the woods making beautiful and eye-catching masterpieces. 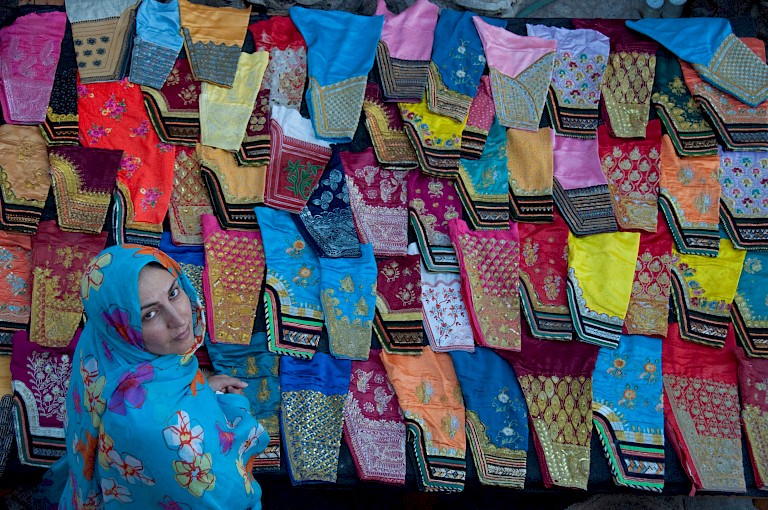 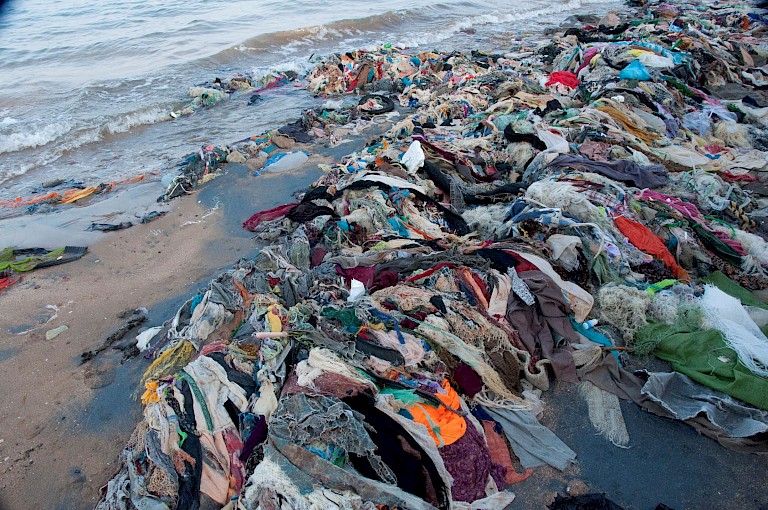 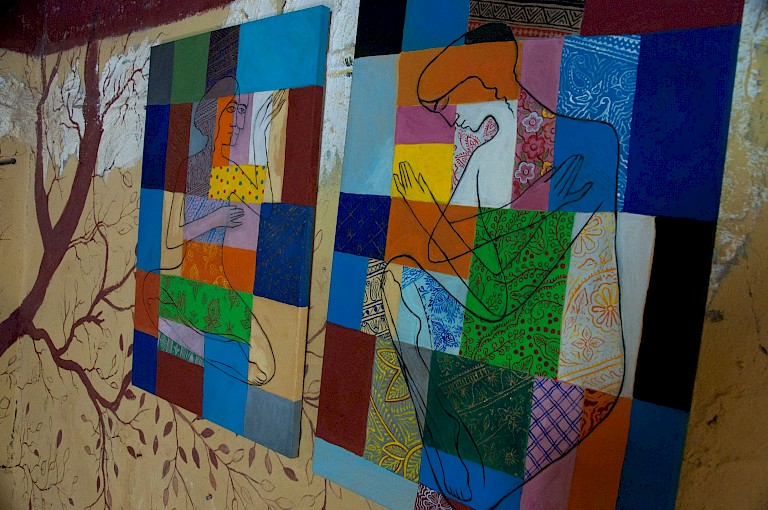 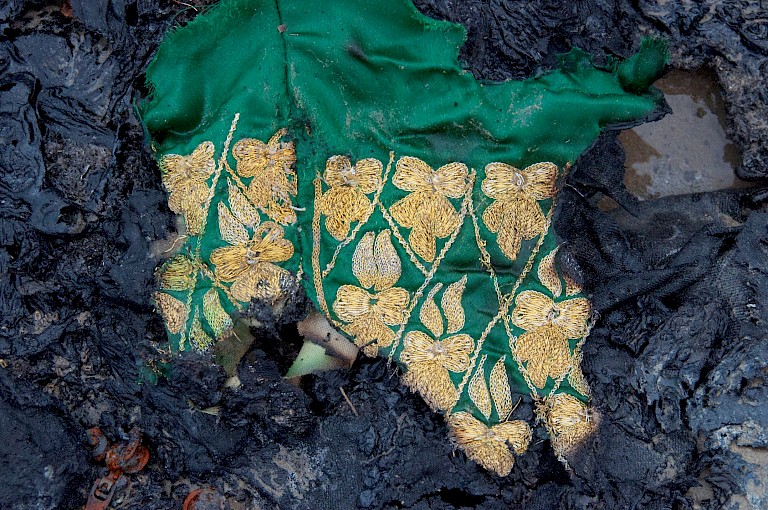 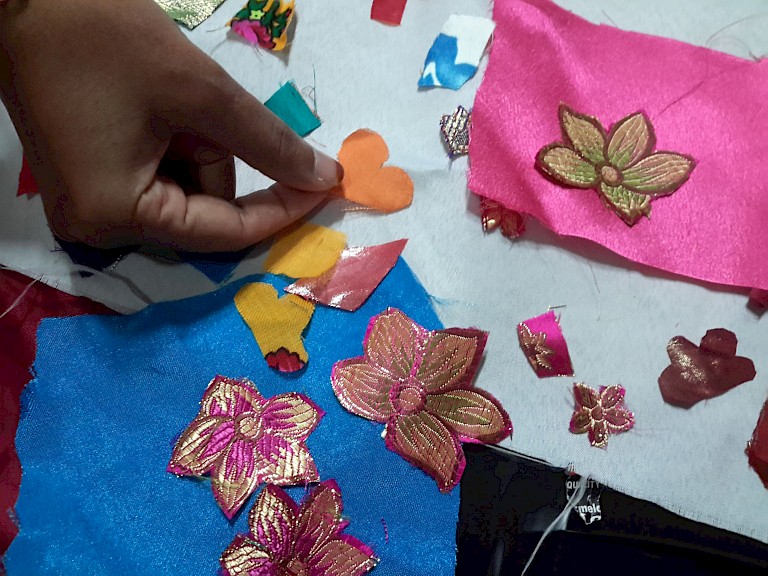 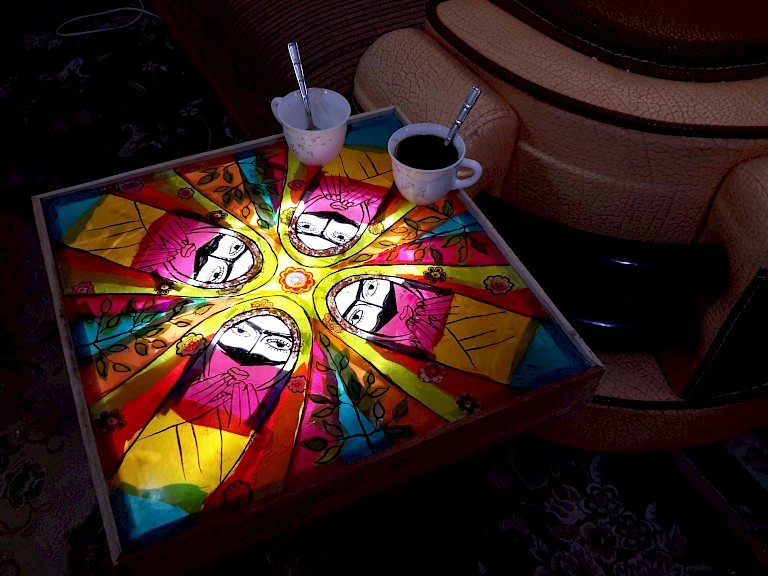 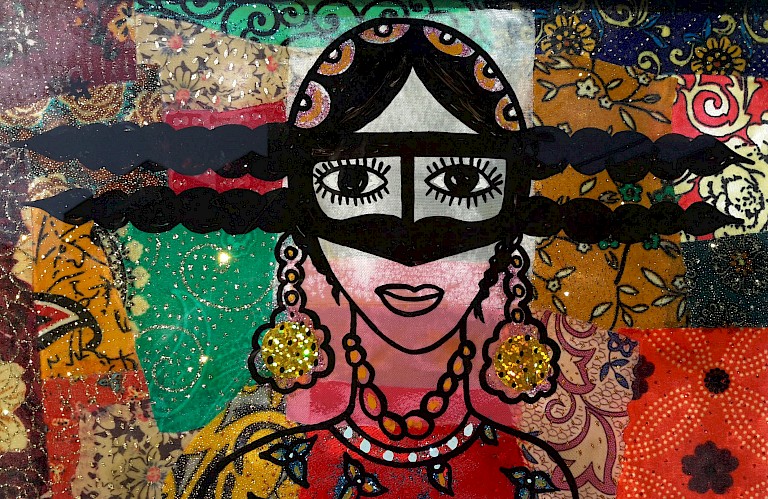