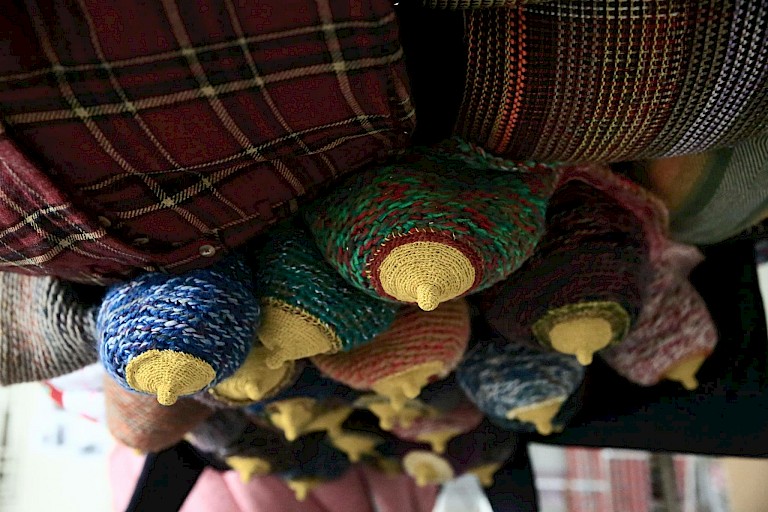 The omission of females in Seediq culture is just like the neglect of writing in the culture of Han Chinese. The patterns on woven cloth are our writing, which poetically describes beautiful landscape, ancestors’ reminders, and the history of each family. Weavers are girls. Those who cannot weave won’t get a facial tattoo. Without a facial tattoo, a girl cannot get married. They make clothes and blankets with fabric for their husbands and kids, and for themselves. Once an elder said some beautiful words to me. She said, “We, Seediq women, are like a roll of uncut fabric. Our whole life is like that roll, weaving and weaving, endlessly.” Every time when I think of these words, I am particularly moved.

Who is weaving today? The elder Bubu (mother) told me that a woven cloth is not good and the one bought from the world outside is better. The middle-aged Bubu told me that weaving could not make money. The girls that are not yet Bubu are busy with iPhone and iPad, who never think of weaving at all. If weaving were abandoned by our own tribe, our culture would have disappeared then.

Weaving is an action for the Seediq to describe our history. Woven Road is a project I created for describing the migrating history of our tribe. The work itself, as its title refers to, was woven. What was woven is the power of survival from a group of people. Public art can be more meaningful. Traditional weaving itself is a work of art. Woven Road takes woven fabric as an element to form an artwork. Weaving is a behavior, while collective weaving becomes a campaign. The public art of Xincheng Train Station will become a Seediq cultural revival movement.

Weaving art is an important aspect of Taiwan’s indigenous culture. The diversity of fiber arts is able to restructure the contemporary image of traditional weaving aesthetics. Artist Gieh-wen Lin created the work, Woven Road, with Tanbrigen recycled clothing (exchange project: 20 Italians and 50 Taiwanese) and 135 fabric strips woven by 30 indigenous women (aged 24-88), forming a large colorful Gabang (traditional blanket) as a ceiling. Its subsidence extends downwards like a trumpet facing the entrance of the train station, leading people again into a world rich with patterned imagination.

Woven Road is a project extending from soft sculpture into a documentary film and conceptual space. At the Xincheng Train Station, there are three different types of art taking place at the same time.

A. Soft sculpture: making the skeletal structure-weaving fabric and making Tanbrigen recycled clothing (jointly by tribal women)-tying woven fabric (by artist)-installation (by artist and technician).
B. Conceptual action: teaming up with performance artist Dondon Houmwm (Truku Tribe). Ancient songs were chanted as background music. A large amount of linear materials was tied up around the pillars of the train station, aided by the medium of performance.
C. Documentary film: Woven Road is a work producing a permanent object through temporary collective behaviors. These two were connected by the medium of filming. 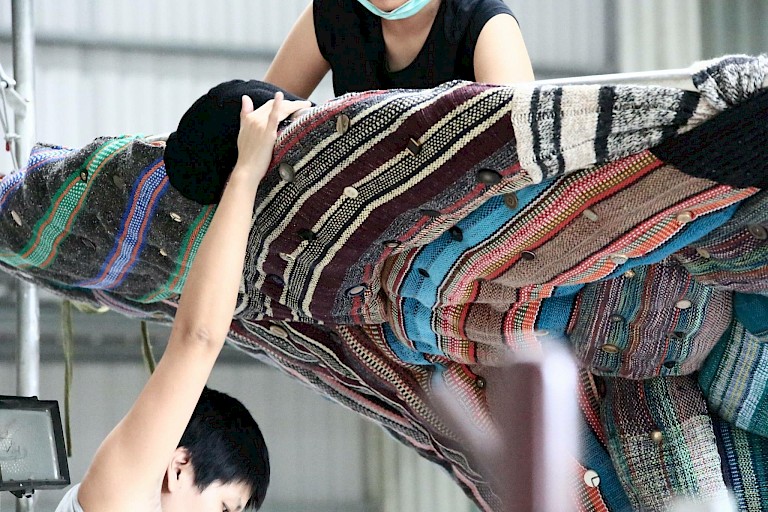 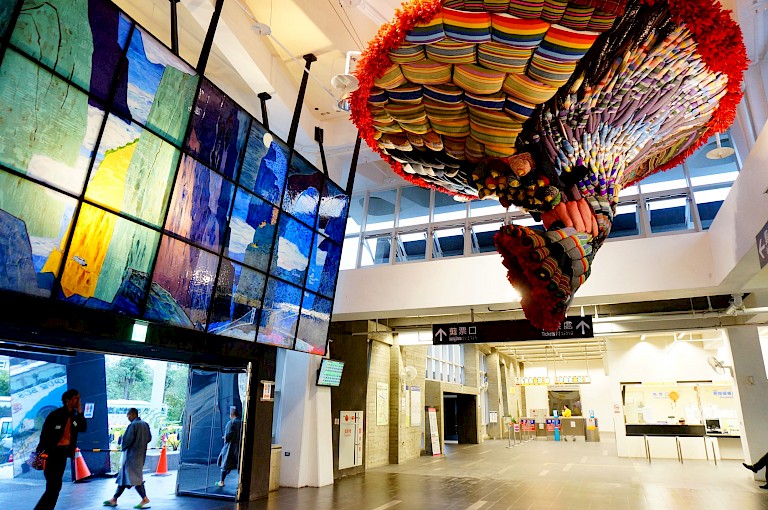 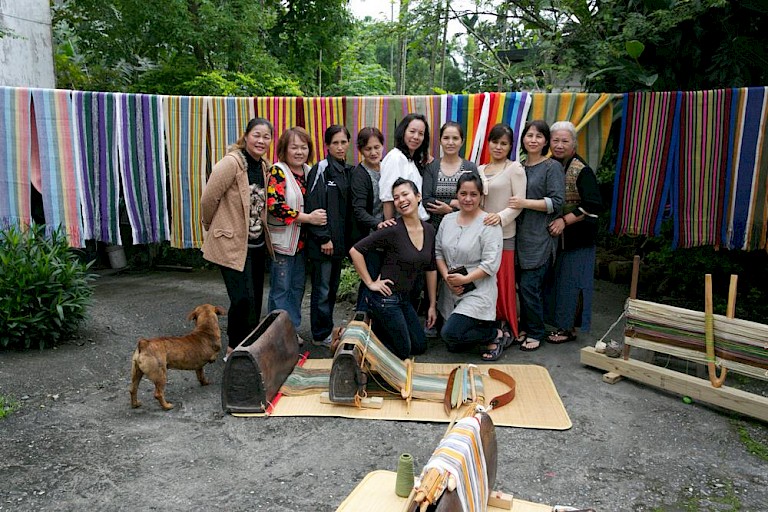