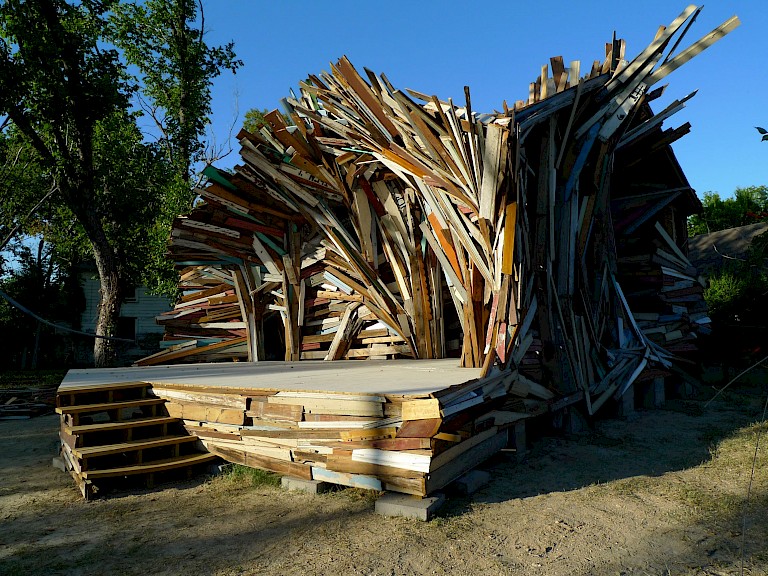 Fifth Ward Jam is a community stage/bandshell in a park, in the Fifth Ward of Houston, Texas, built by Dan Havel and Dean Ruck of Havel/Ruck Projects. An abandoned house owned by the Fifth Ward Community Redevelopment Corporation was moved to an empty lot, transformed into a sculptural community stage, and served as the catalyst for the reclamation of the empty lot as a new park. The stage hosts community events and is made from materials that were found within the neighborhood.

The Houston Arts Alliance started a pilot program of a new grant for public art in Houston that would connect artists with neighborhoods to create a public art piece. The neighborhoods were seen as forgotten or distressed and Houston Arts Alliance wanted to use public art to help create identity in these neighborhoods. Havel/Ruck applied for the grant with an idea to work with the Fifth Ward neighborhood. They selected that neighborhood because they were music fans and the Fifth Ward has a rich music history. Dan and Dean worked with the Fifth Ward Community Redevelopment Corporation, which oversees the development of everything that goes on in that ward. The Fifth Ward is a long-established neighborhood, with an estimated 50,000 people who lived within it. The community is historically African American and Creole people who came through in the 1940’s, and part of the Ward is called “French Town”. Havel/Ruck knew they wanted to do something to honor the music history of the neighborhood, and create a gathering place for the community.

They received the grant from Houston Arts Alliance, in the amount of $15,000, and was their only source of funding for this project.

The project started in 2009, and took 2 years to complete. They built the stage with the intent that it would only last for a couple of years; it was a temporary project. If the neighborhood liked it, they could adopt it. After eight years, the stage is still there, and heavily used by the community. The Fifth Ward holds spring festivals, music performances, and a variety of other community gatherings on the stage. It is owned by the Neighborhood Community Redevelopment Corporation, and Havel/Ruck is called in occasionally to fix it up and refresh it.

The stage has had heavy use and has seen arson over the years. The paint is fading and it is looking a little rough, so Havel/Ruck and the Community Redevelopment Corporation have been talking about making it a more permanent structure and creating the next generation of the stage. 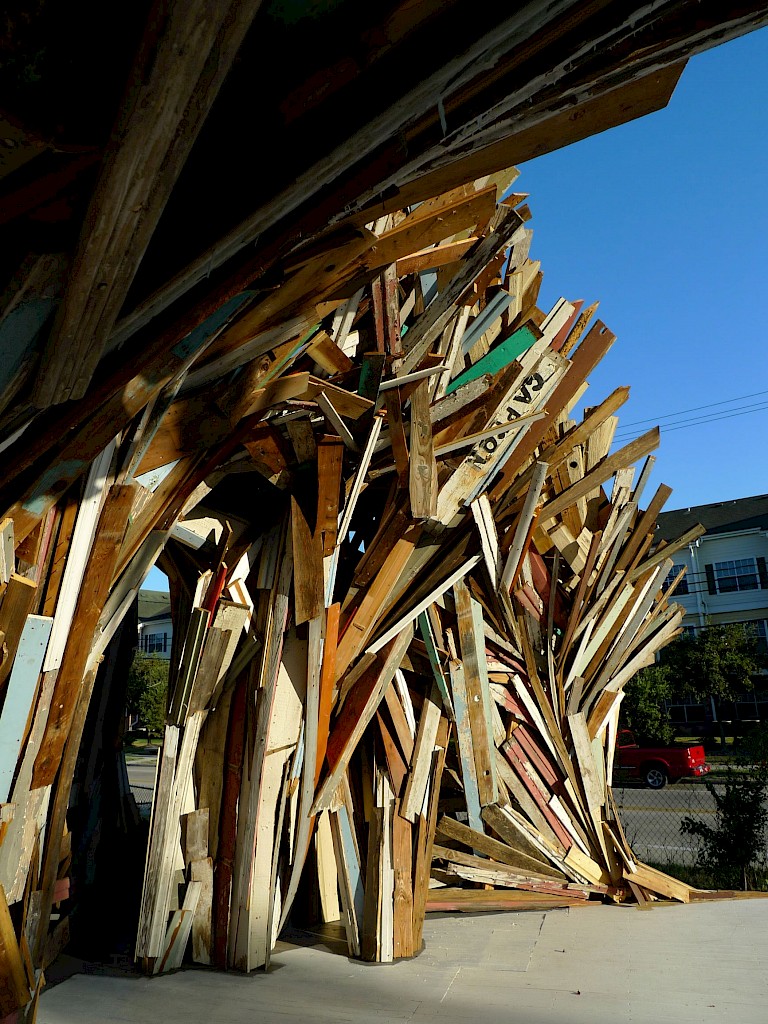 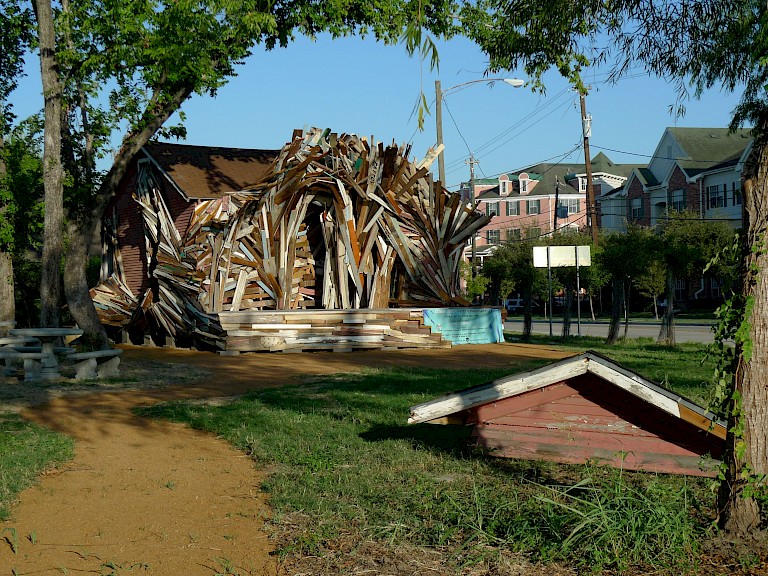 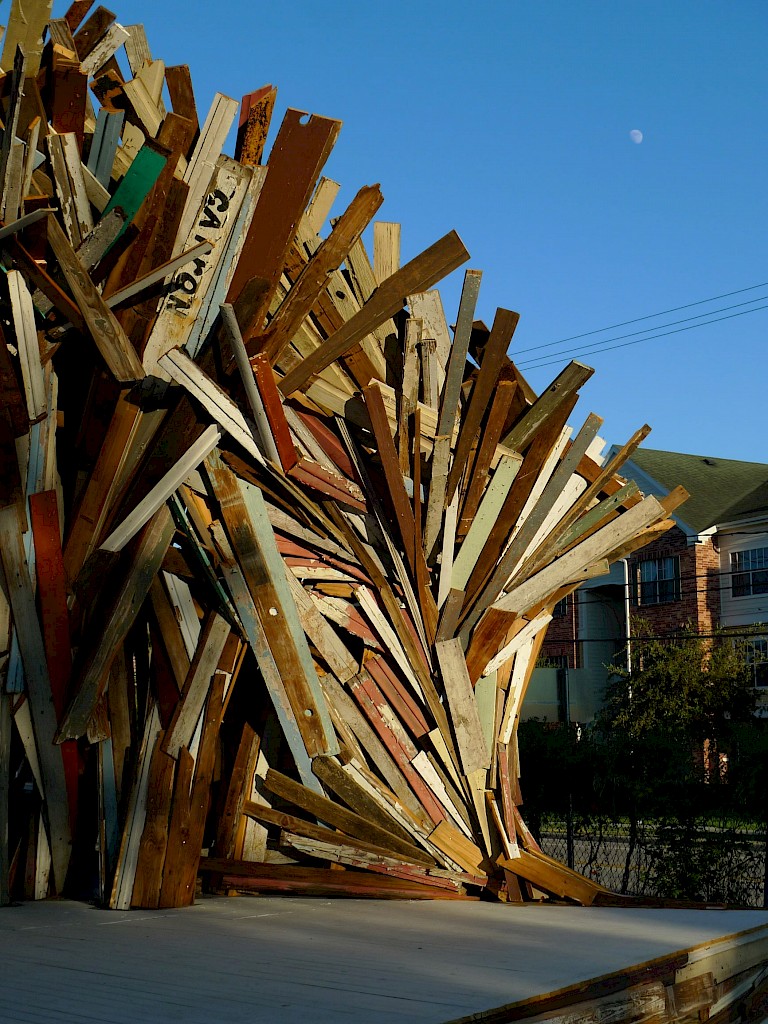 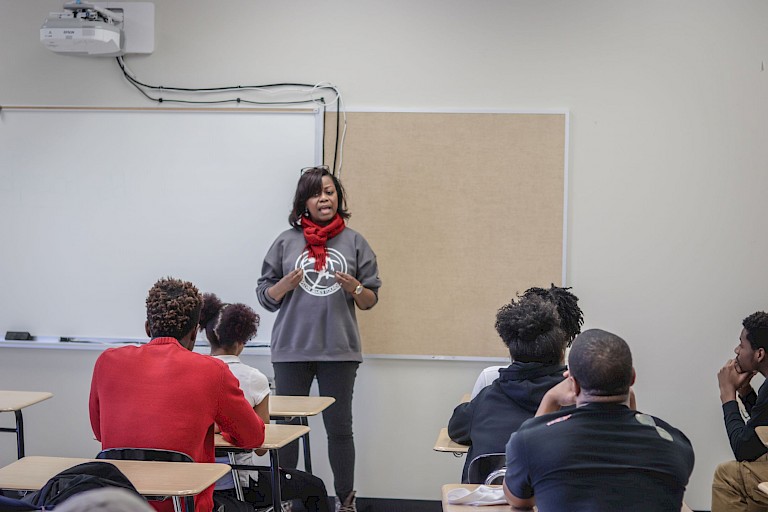 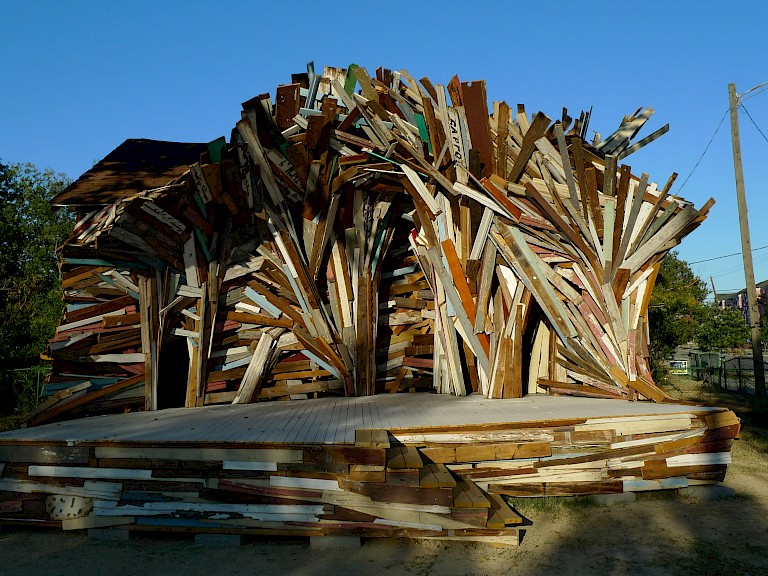