The 1970’s in the the Polish People’s Republic (established in 1947 and part of the Eastern Bloc) were marked by a big crisis, that caused the increase in the prices of food and basic goods, and a deep aftermath of the massive debt. Violent protests were suppressed, resulting in numerous deaths. As a result, people started self-organizing in search of a better order — the process that might have also been fueled by the fact that at the time a Pole, Karol Wojtyła, was elected Pope, taking the name John Paul II, and in his speeches in Warsaw he called for the creation on an alternative Poland, which had a big impact on his fellow citizens.

The underground publishing movement in the Polish People’s Republic developed in the years 1977–1989 and had a really impressive range. Most of it was organized by the Movement for Defense of Human and Civic Rights (ROPCiO) and Workers' Defence Committee (KOR) — there were hundreds of small individual publishers, as well as several large underground publishing houses, some of which turned into regular and legal publishing enterprises after the Revolution of 1989. During these years, the underground publishers produced over 3,000 magazines (with up to 100,000 copies), over 7,000 books (with print runs of up to 20,000 copies), as well as about one hundred audio and video cassettes. The Independent Publishing House (NOWA), the largest one in the country, published nearly 400 titles, in print runs from 500 to 12,000 copies. The editors, printers, and distributors of these publications were persecuted by the communist authorities, exposed to searches, confiscations, deprivation of employment, beatings, arrests, and several-year prison sentences. At least once in a lifetime, every fourth inhabitant of Poland encountered publications of the «second circulation».

Due to the scale of operation, the underground publishing movement in Poland was unprecedented in the history of the world. The Free Speech Memorial is a monument commemorating the underground publishing movement in Poland. Its idea belongs to the former members of this movement, who fought against political censorship in the end of the 1970’s – 1980’s. On October 5, 2009, the initiators of the project sent a letter to the Marshal of the Sejm of the Republic of Poland (the chair of the lower house of the Polish parliament) inviting him to take patronage over the idea of creating the monument. The letter was signed by ten major supporters — among them was Waldemar Maj, a key figure in the underground publishing movement, who also became the head of the committee for the construction of the Memorial. On January 6, 2010, Marshal Bronisław Komorowski took the honorary patronage of the construction of the monument and later continued to patronise its construction in the position of the President of the Republic of Poland. The Memorial was funded by means of public fundraising, which officially began in April, 2012 and involved nearly 120 bodies, including both private persons and public institutions.

The artistic project for the memorial was selected through the open competition organized by the committee in cooperation with the Public Areas Board of the Capital City of Warsaw. During the ceremony of the announcement of the winning concept, the organizers also held an art auction that provided additional funding for the Memorial. The competition was won by a group of artists and architects: Katarzyna Brońska, Mikołaj Iwańczuk, and Michał Kempiński. The monument constructed according to their project was unveiled on June 5, 2014. The Free Speech Memorial has the form of a 90-metre-long black censor bar and is made of concrete on a steel structure. It traverses the eponymous Free Speech Square in the centre of Warsaw, running from the outlet of Mysia Street to the Polish United Workers' Party Central Committee building, along Mysia Street and up to the entrance of the former censorship headquarters. Here, the black belt «peels off» the surface of the square, symbolically releasing the word — revealing the hidden, erased content. As a result of the fight undertaken by thousands of people, the censorship line is cut. The bilingual (Polish and English) description of the monument and its historical context is printed on the transparent vertical plate.

The plate also contains a bilingual quote from Publius Cornelius Tacitus: «It is a rare fortune of these days that one may think what one likes and say what one thinks.» The inscription is designed in a way that the phrase «one may think what one thinks» is highlighted against the backdrop of the «censored» text. The Memorial has become the site for numerous public events. While being an official monument and an artwork with a strong but simple concept, it is accessible to all kinds of audiences, including skateboarders who ride on its surface, and newlywed who take pictures next to it. But what is especially remarkable about the Free Speech Memorial, is that it escapes being pinned down to a particular ideological course or association with particular political colours, although the history it stands for has names to it, and the support for the monument came from the official authorities as well as big corporations and banks. It shows that the restriction is always there, and there’s always the end to restriction — the change is always taking place, and behind it there are always people who stay true to their course. Those who were once persecuted, may one day become powerful enough to bring together many public actors for creating the common project — and what’s important, they leave it open-ended, instead of imposing their own repressive apparatus.

The work is a great and rare case of open cooperation between the community, the government, the artists, and the public. The Memorial tells the story of a major collective effort — and the whole process of the monument’s creation, from the idea to the implementation, has been the result of numerous collective endeavours, making it a refined example of truly communal action. The Free Speech Memorial indeed transforms the traditional role of a city monument, and allows history to be controversial — instead of whitewashing it or glorifying certain elements of it, as most official monuments would. The committee responsible for the project still sees it not only as a commemorating piece, but above all as a politically charged message that is no less relevant for present-day Poland. 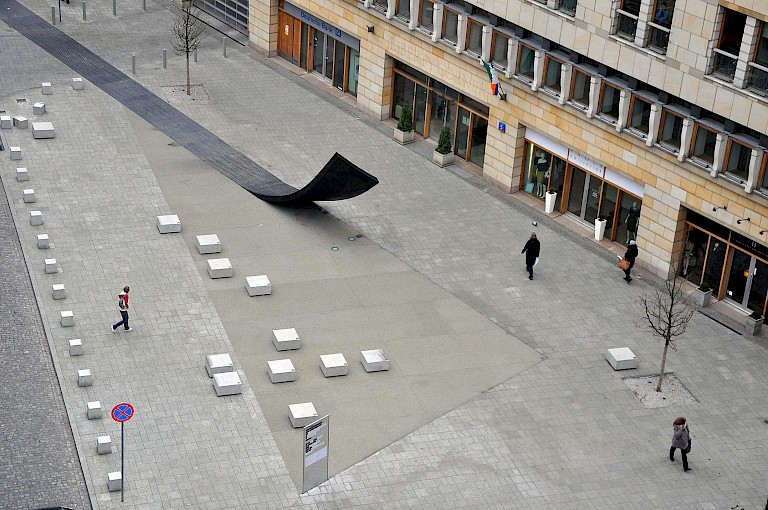 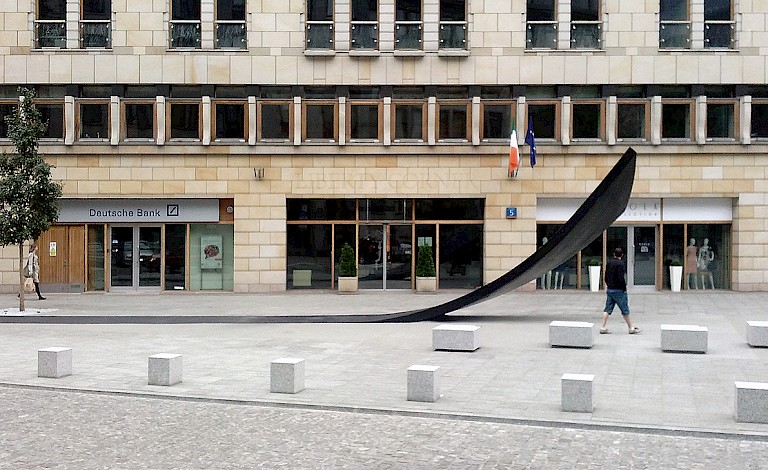 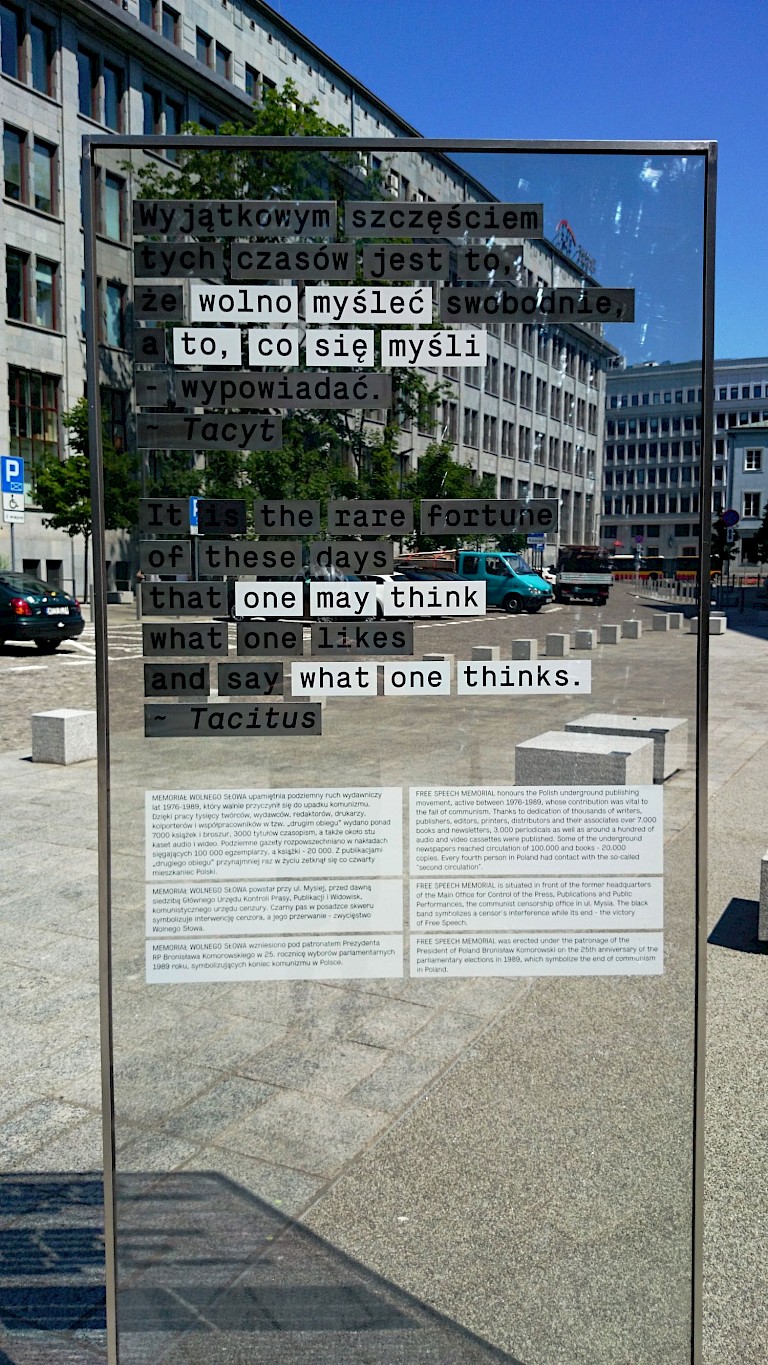 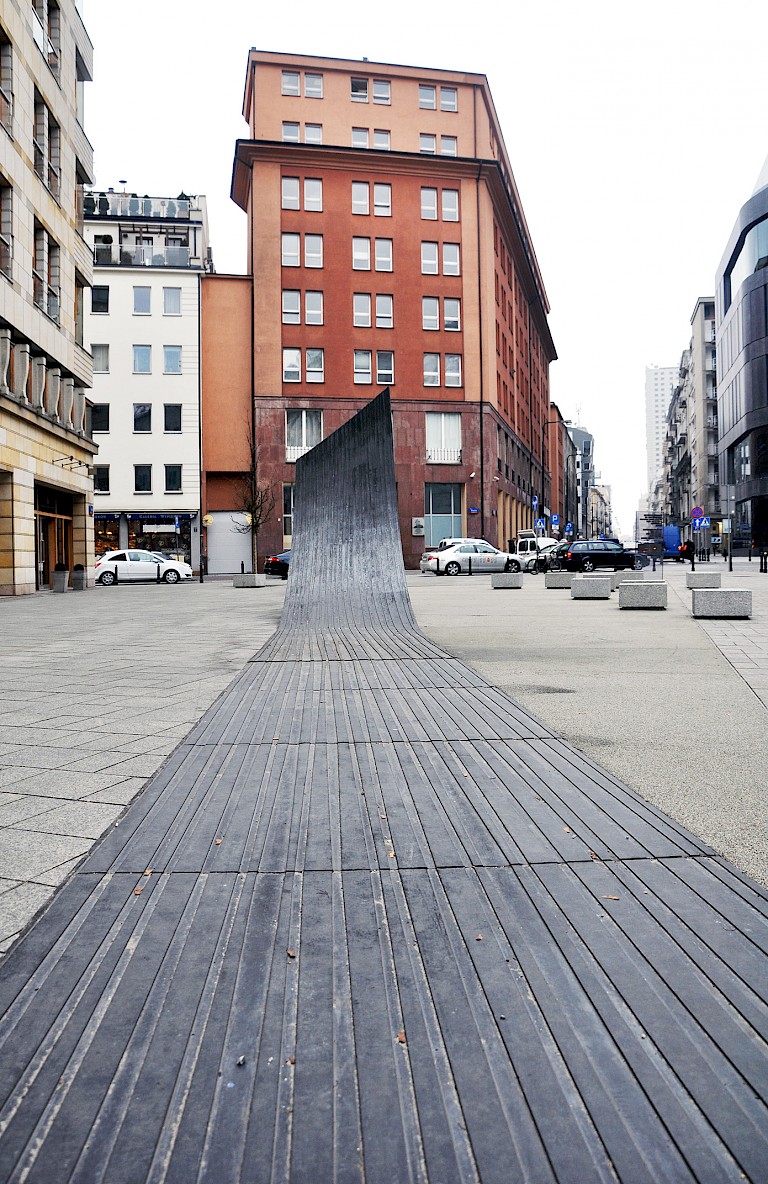 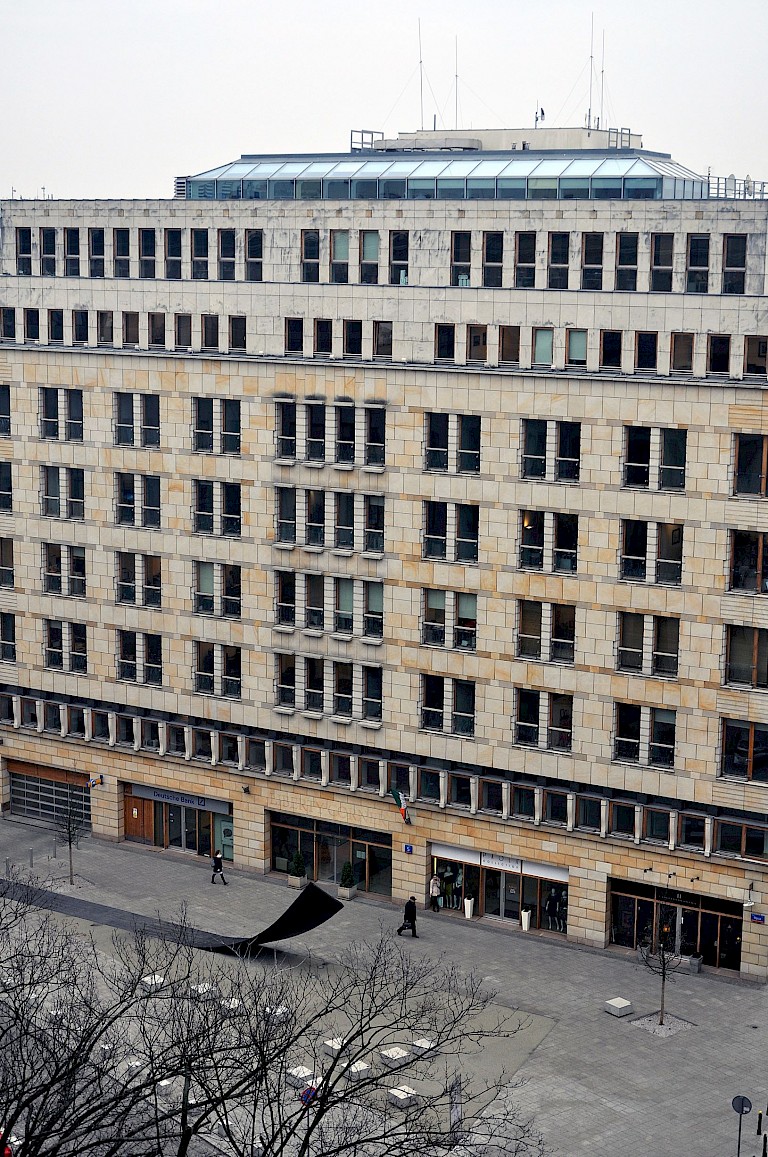 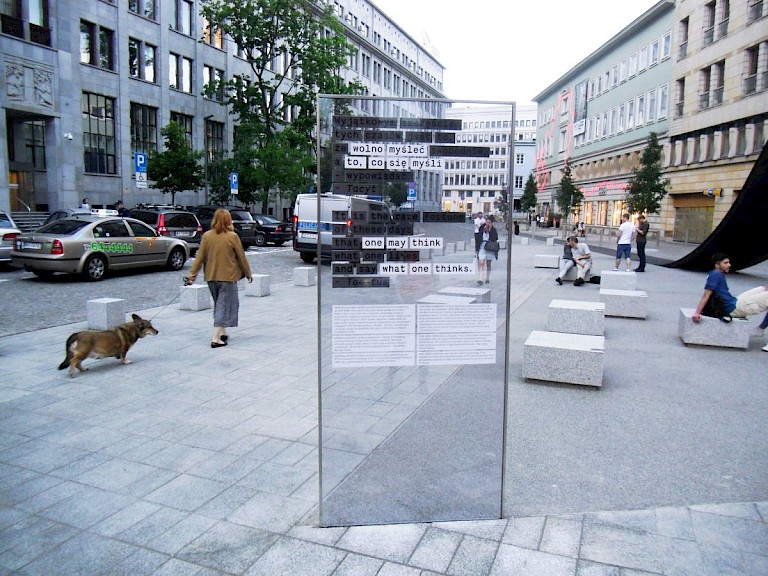