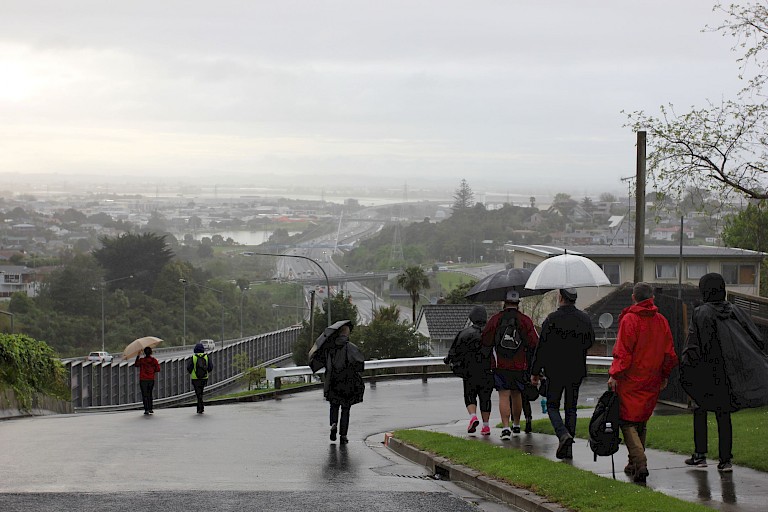 Darcell Apelu is a contemporary artist working across various media including moving image, sound, performance and installation. Apelu is of New Zealand-European (Pakeha) and Niuean heritage and her practice often uses her own body to explore definitions of identity, ‘the other’, the Pacific body, and Western masculine culture.

Generation Exchange (2016) consists of two participatory walking performances by Apelu that invited people to join in as a way of embodying personal histories of the artist’s family. The first performance took place in the small township of Patea (population c. 1,000 people) on the West Coast of Aotearoa-New Zealand’s North Island, sharing insight to the lives of artist’s maternal European ancestors. The second walk took place in our largest city, Auckland, and traced memories and the journey of Apelu’s paternal grandparents who came to New Zealand from the Pacific Island of Niue. Both occasions exchanged local knowledge as well as family stories and experiences, allowing the artist to explore and share her heritage with strangers.

Generation Exchange was a departure from Darcell Apelu’s previous work where her body is used as a way to disrupt a space and audience, a practice that does not shy away from confrontation, and even direct interaction with its audience. Reflecting on her wider practice the artist comments that she is “trying to create an exchange through the gaze, be that exotic because of my brown body, and also as a women. With Generation Exchange the context feels more inviting because the exchange aspect is more universal, or a potentially an 'easier' moment for people or audience to engage with.”

The role of her body and the cultural entanglement that Apelu’s practice explores may be less explicitly confronting in Generation Exchange, but never entirely absent. Apelu’s practice is informed by her experiences as someone of dual cultural heritage, her work exploring perceptions of ‘being other’ within the social climate of New Zealand. The aspect of exchange that the work’s title forefronts is not only consistent throughout her practice, but also familiar to Apelu outside an art context, something that exists as a continuing cultural exchange within her own bi-cultural family. While Generation Exchange offers stories of the artist’s family histories it also probes Apelu’s own identity as she grapples with mixed Polynesian and Pakeha parentage and the question of her own selfhood. “I’m very aware of how my body operates in my own family situations”, the artist comments. “For example, since this project I’ve to a family reunion for my mother’s European side of the family. I remember walking in to the room and thinking ‘Hmmmm… my husband and I are the only brown ones’. The awareness can be really hard to deal with and for me can sometimes can be a barrier. So, when I think about Generation Exchange, I think of how the work pulled down that barrier and left me wide open.”

As it moves through various streets and spaces that held importance for Apelu’s Niuean or European ancestors, Generation Exchange creates a pilgrimage of sorts, leaving the artist “wide open”, but also creating a space for participants on the walk to feel comfortable in the act of exchange. The extended duration of Generation Exchange, roughly three hours for each walk, encouraged this, offering space for participants to connect, relate stories and find commonalities in their own family histories. The significance of exchange, specifically oral exchange, in this project connects the work to two major Polynesian traditions. The art of whaikōrero, or oratory, is at the heart of Māori culture, and korero (speaking) is seen as vehicle for mauri (life force), a force that travels between people, people, and things. This finds its counterpart in the concept of Talanoa in Pacific cultures, a Polynesian word which broadly means to talk or converse and form connections through this process. Talanoa is almost always carried out face-to-face and is a process of inclusive, participatory, and transparent dialogue. In a world of art that is sleek, shiny, and clever, and often art-aboutart, Generation Exchange is without artifice, intimate, and disarming.

Former Archbishop of Canterbury Rowan Williams spoke recently of ‘a whole generation of new pilgrims...wishing to cut through the clutter of institutions and achieve self-discovery in a new place’. While the Bishop’s comment may have been religiously inflected, it reflects an age-old artistic desire to cut through institutional clutter, and also a secular revival of the pilgrimage concept. Anti-spectacular but very poetic, Generation Exchange is a quiet and personal gesture reflective of a broader desire to reconnect with place and history in an increasingly dematerialised and disembodied virtual existence. In this sense it is a timely and very powerful art work. The tools are simple - people, story, and walking.

Walking’s ability to offer something way beyond the physical is well known. Walking can be triumphant, or simple. A spiritual practice, or survival. It’s very action and accessibility allow it to take on infinite forms and meanings; virtue or vice. Walking can be used to break the spirit - think of prisoners forced to walk from St Petersburg to Siberia’s Gulags, or the Native American Trail of Tears - or to rouse it - Martin Luther King’s 1963 March on Washington, or the defiant and international 2017 Women’s Marches. “Every walk is a sort of crusade,” Henry David Thoreau proclaimed, and it is here that Generation Exchange finds its power. Generation Exchange is both an active and a contemplative art work. It’s active because whoever joins the event creates movement through the town or city; it is contemplative because the purpose of the journey is to connect and meditate on families, history, social context and identity. It is a journey as much about time, space, and transience as about Apelu’s own grandparents. 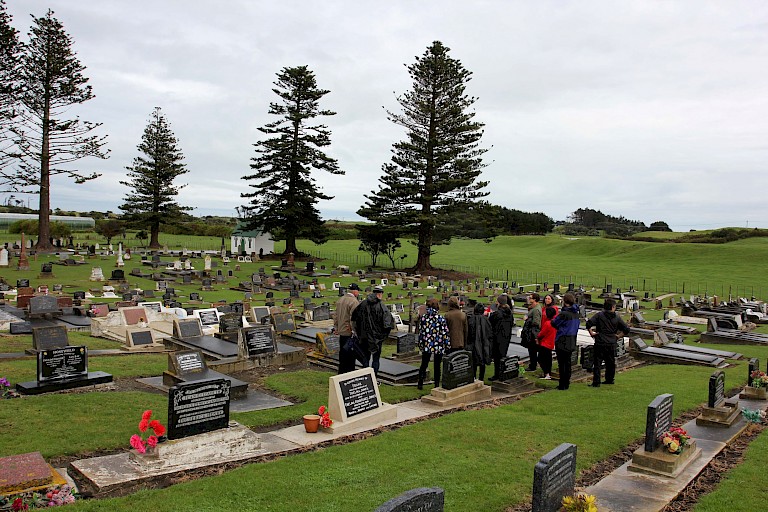 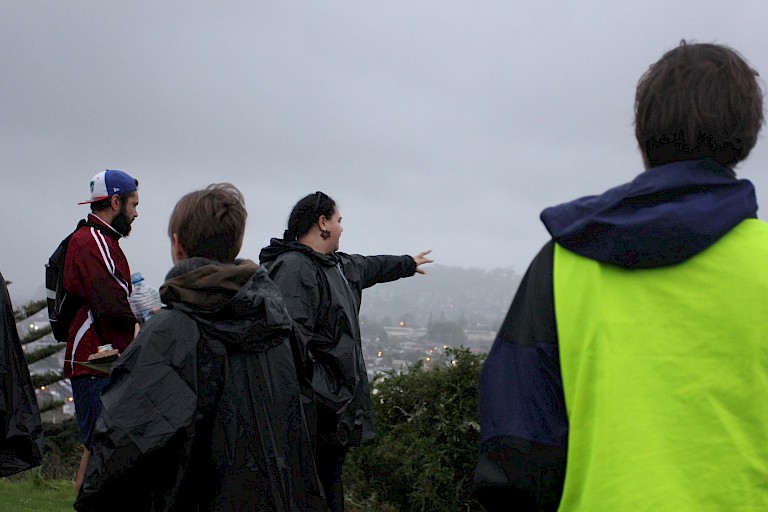 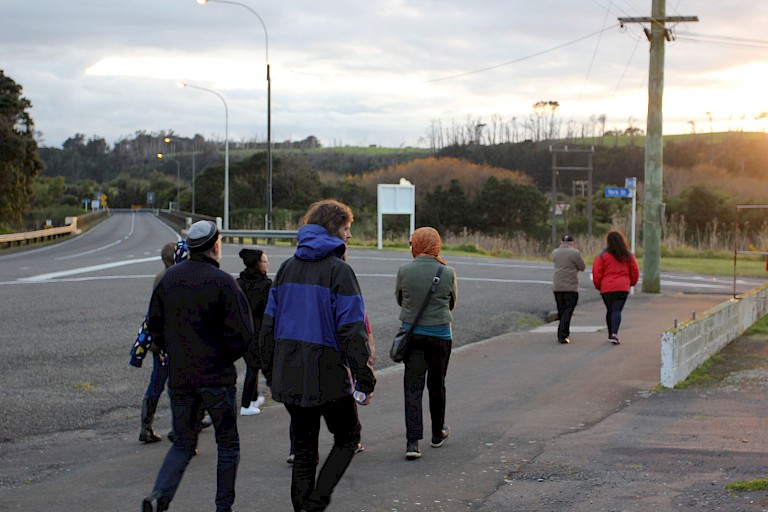 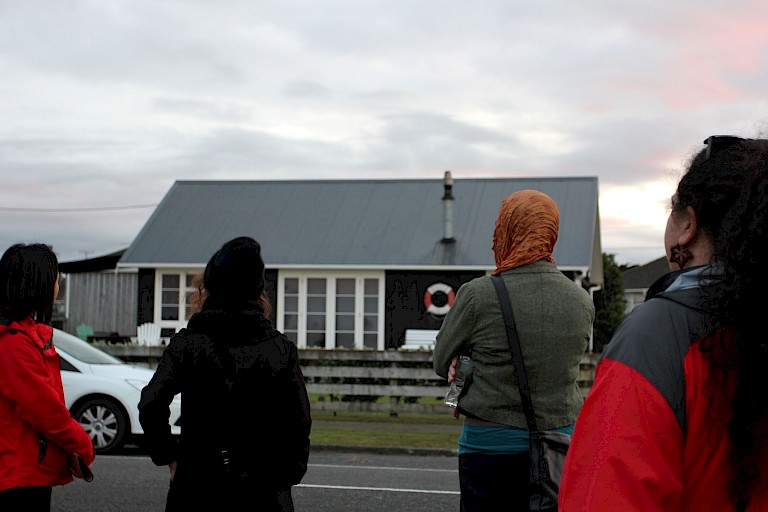 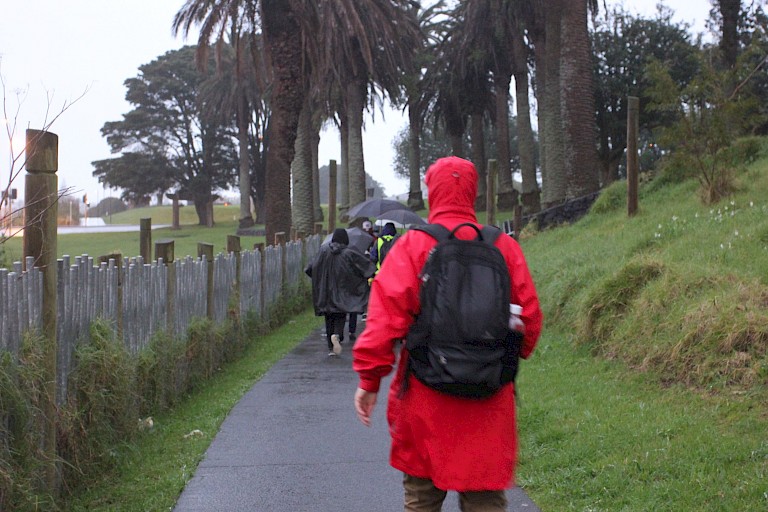 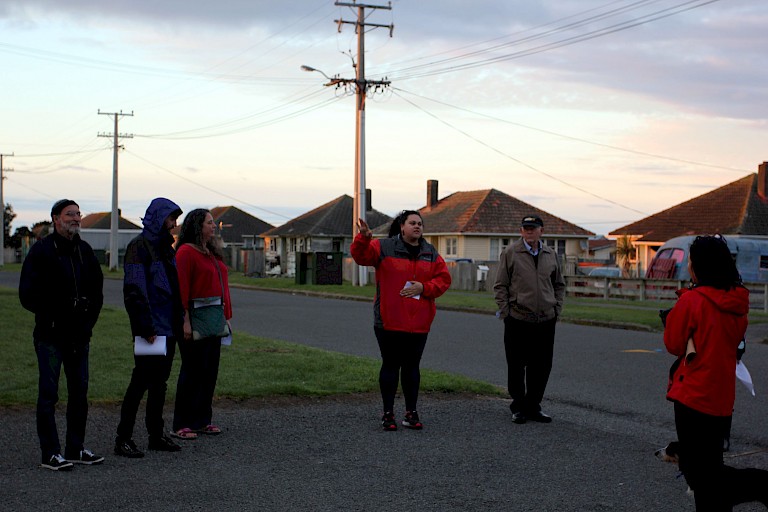 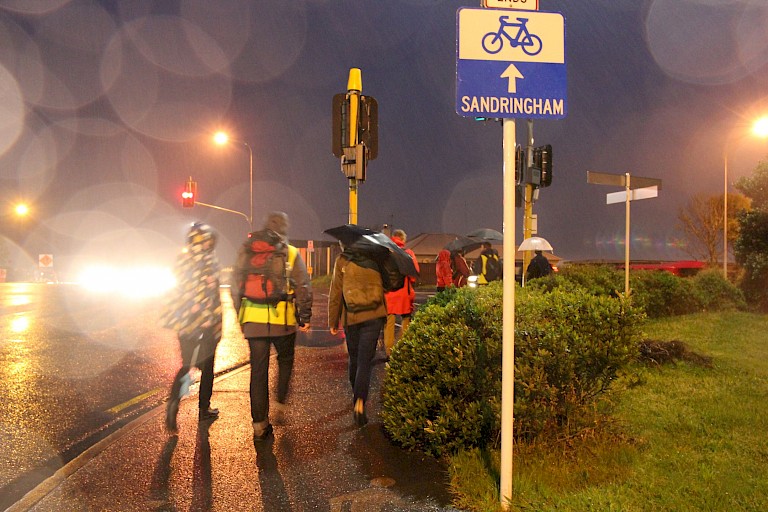