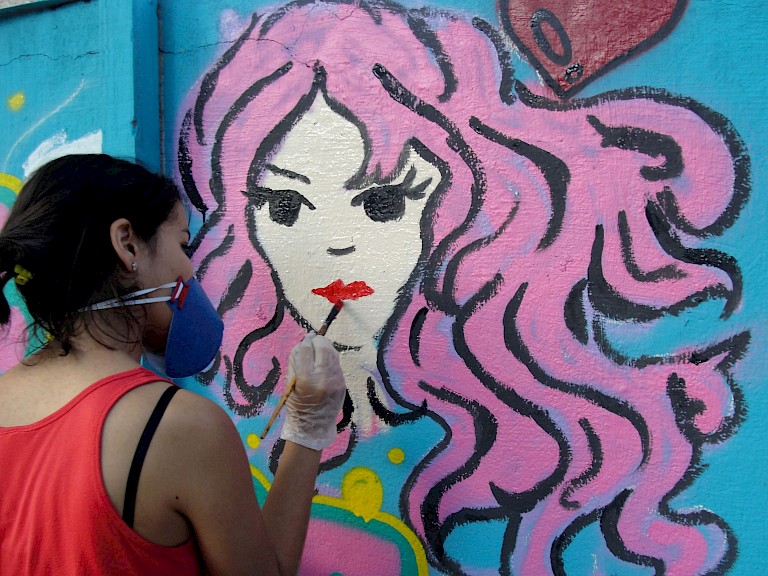 Maria da Penha is a biopharmaceutical that suffered two attempts of murder by her husband. The first one - a gunshot while she was asleep - left her a paraplegic for life. Weeks later, he tried to electrocute her. It happened in 1983, but her case of domestic violence was only solved in 2002 after the Brazilian State was convicted of omission and negligence by the Inter-American Court of Human Rights. After the conviction, Brazil had to commit itself to reform its laws and policies regarding domestic violence. That’s how the Maria da Penha Law; a law on domestic violence to protect vulnerable women, was created in 2006.

Panmela Castro is a Brazilian artist that has suffered from domestic violence as well. When it happened, before the Maria da Penha Law, impunity was certain in cases of violence against women, so when she heard of the law, Panmela decided to disseminate its existence and content, using the urban arts as a tool of communication.

In 2008, „Graffiti Pelo fim da violência contra a Mulher“ (Graffiti to End Violence Against Women) emerged, with a workshop methodology developed by Panmela. This project offers occasional workshops, which take place in two moments: a) a chat about gender equality, violence against women and the tools of the Maria da Penha Law; b) the teaching about the use of spray with guidelines for the preparation of a thematic graffiti, in which the content addressed during the conversation is expressed in a collective mural that continues to multiply its content while the mural remains. The workshops take place with two audiences: 1. Women over 14 years of age; 2. Young boys and girls between the ages of 14 and 19, studying in the public school system. Until 2017, 167 people have participated directly in our workshops and 5,070 others were indirectly impacted by them.

Each workshop of the project generated one collective graffiti artwork to promote women’s rights and the end of violence against women. Those murals are in public schools, squares, streets, etc. About 20 to 30 people participate in each workshop, being responsible for the collective artwork. The audience of each mural is composed of all people that pass.

After 10 years of Maria da Penha Law, the situation of Brazilian women regarding domestic violence has improved a lot, but it's still critical. Every 5 minutes, a woman is beaten; every 11 minutes, one is raped. In a country that favors the rich and gives no information and support to the poor – most of them, black – the numbers are higher. 62.2% of the murders of women in 2014 victimized Afro-Brazilian women; 56.8% of the victims of registered rape in the State of Rio de Janeiro in 2014 were black. That’s why to use street art to disseminate information through urban arts, in public schools (that have fewer investments and frequently less quality), and poorer communities, communicates in a simple way with the ones who need these messages themost. In order to increase the impact of the project, we hold online campaigns with photos of those murals and data about women situation in Brazil and how to access the tools of protection for vulnerable women.

„Graffiti Pelo Fim da Violência Contra a Mulher“ is Panmela Castro’s oldest social project, the one that made it possible for her to create NAMI, an NGO that uses urban arts to promote women’s rights.

Since it’s creation, the project offered over 100 workshops in Rio de Janeiro, Brazil and around the world, receiving several awards and nominations of national and international organizations, like the „Diploma Heloneida Studart de Cultura“, given to people and organizations focused in promoting culture in Rio de Janeiro (in 2017, NAMI received the award and Panmela Castro was honoured artist) and the nomination of Panmela for the „Prêmio de Empreendedor Social“ of „Folha de São Paulo“ and the „Prêmio Cláudia“, of „Revista Cláudia“, both on culture category for her work at NAMI and as one to promote women’s rights and culture in Brazil. 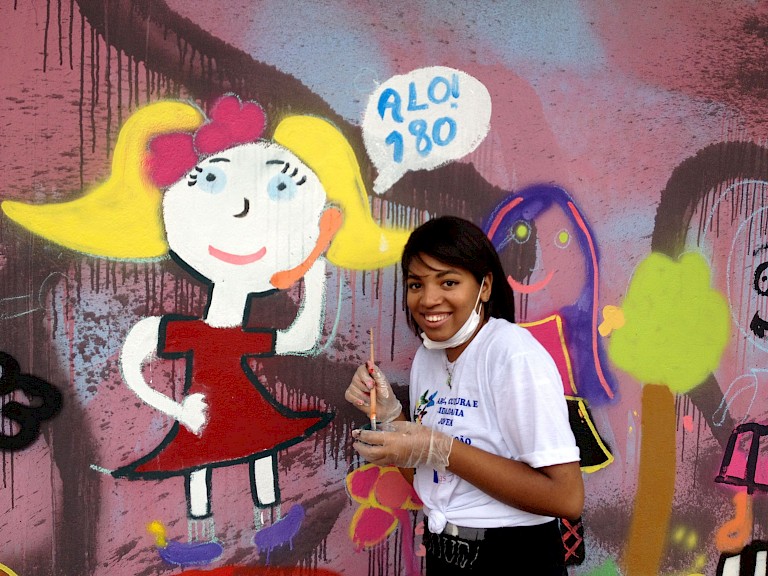 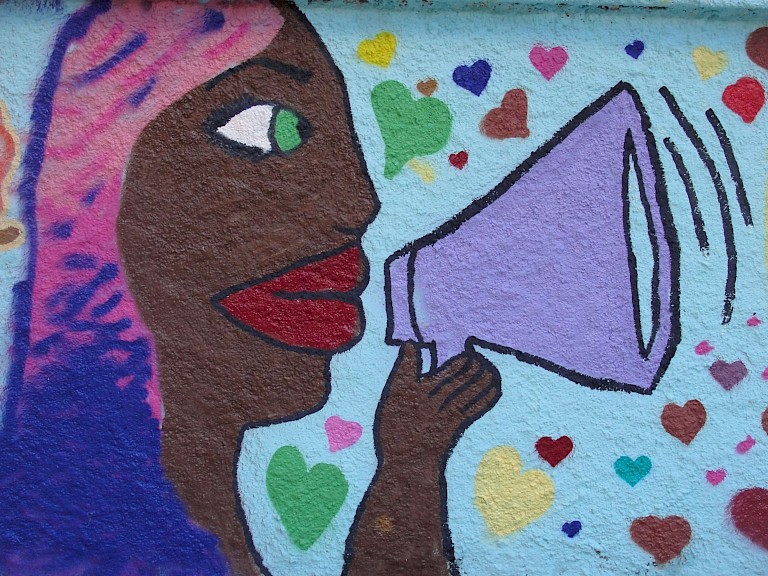 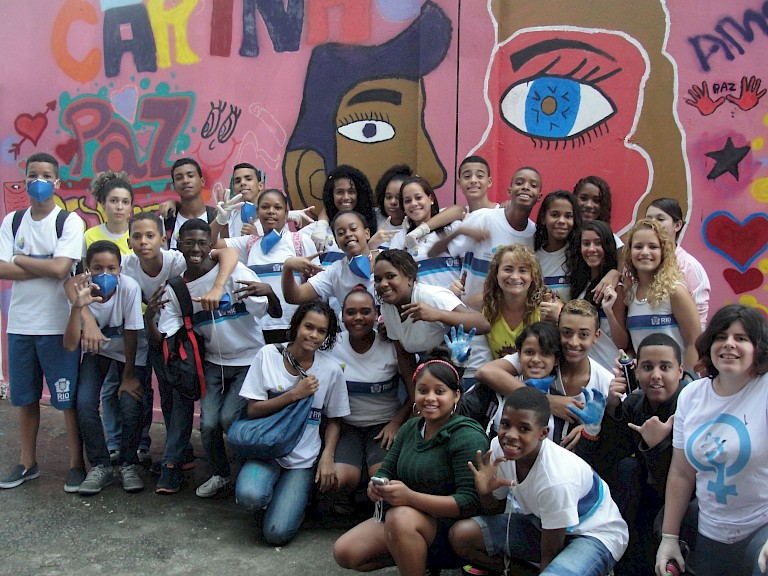 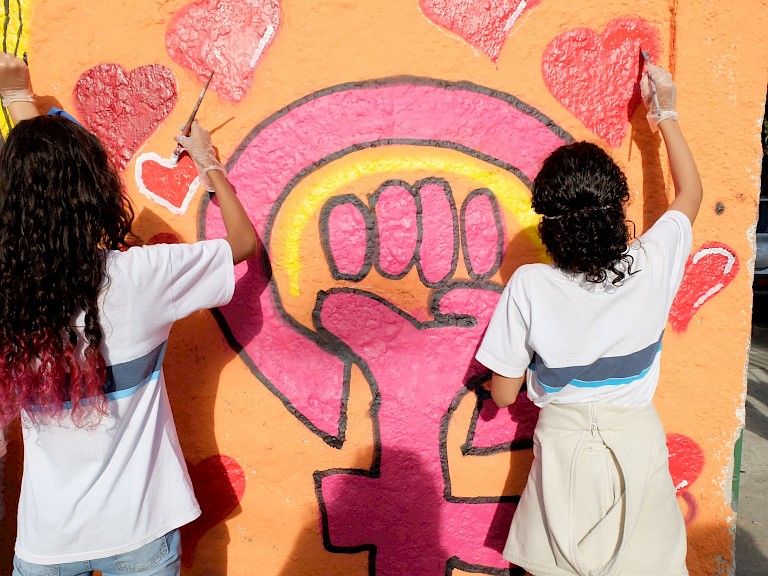 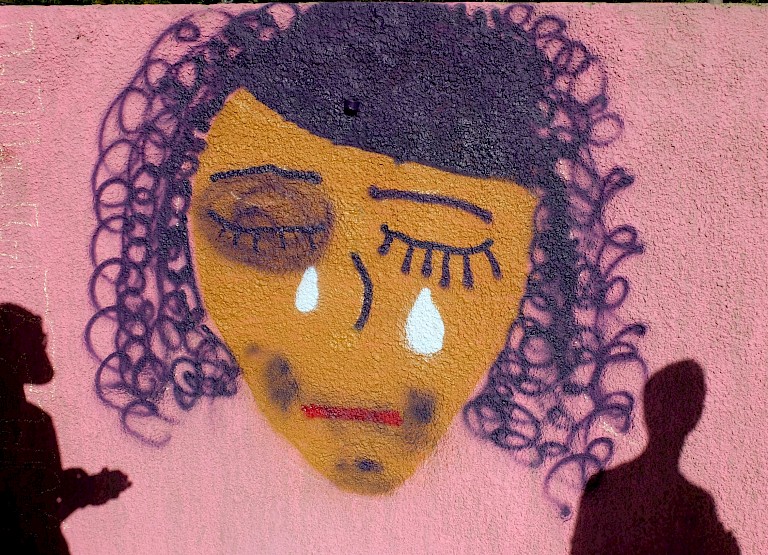 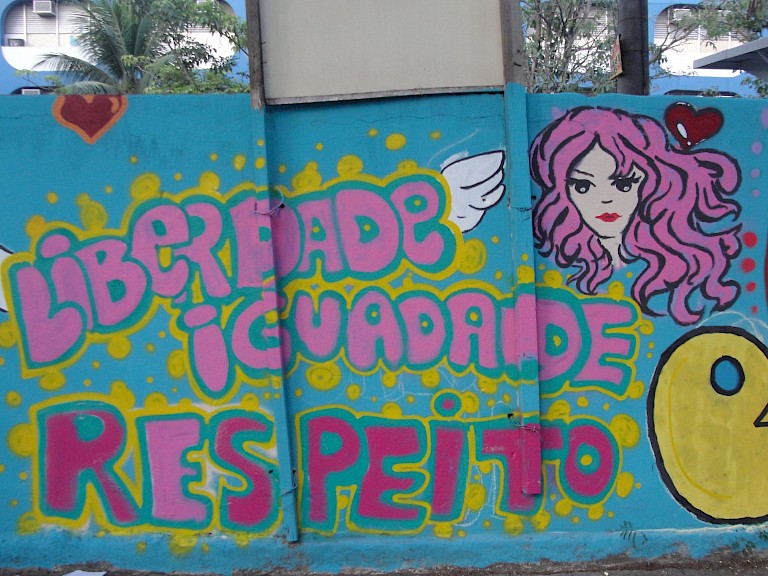 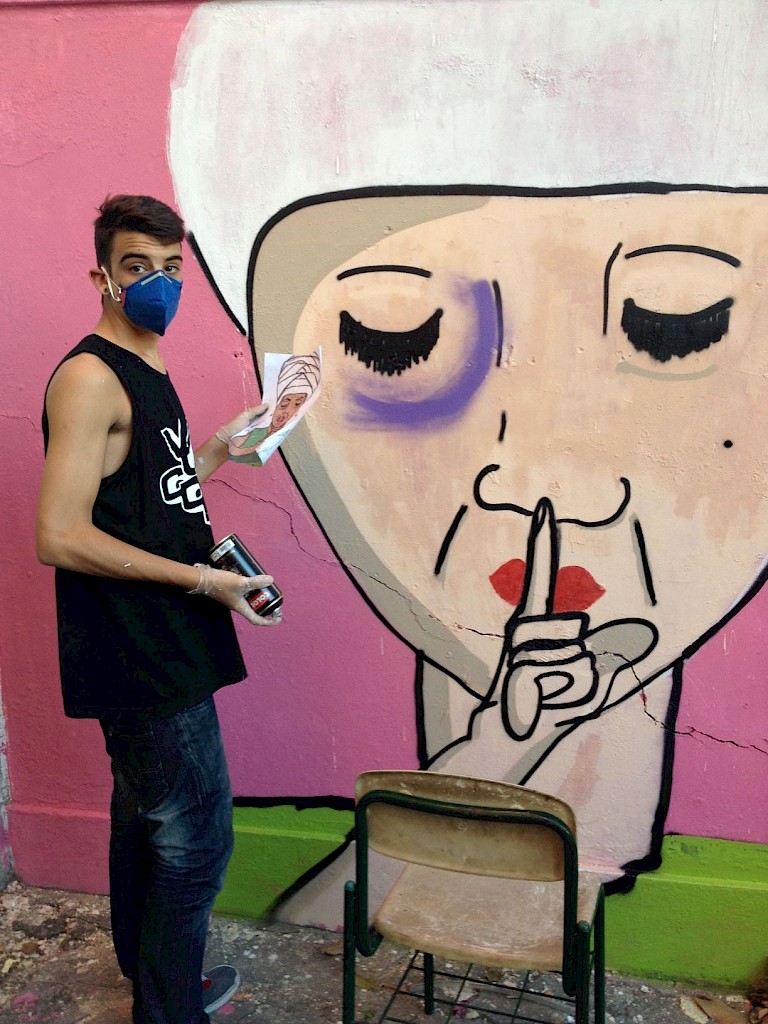