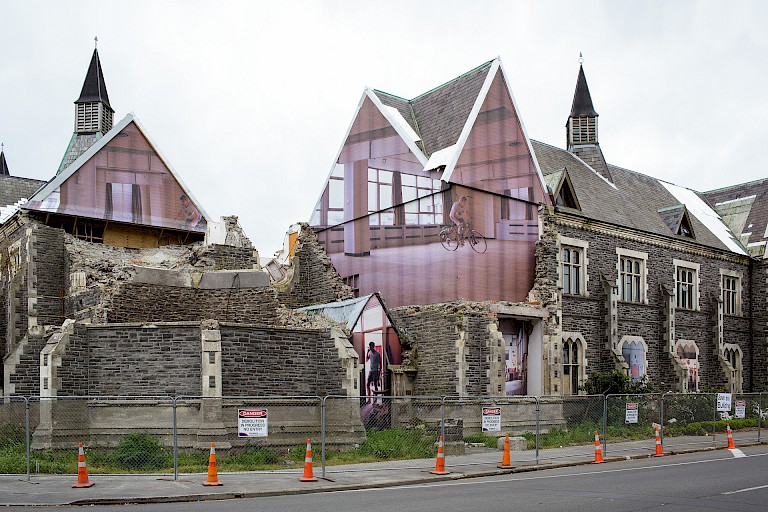 Homage to the Lost Spaces

Cranmer Court was constructed between 1873 and 1876 to house the Christchurch Normal School. The building was, until recently, one of Christchurch’s most significant heritage buildings. Damaged by the 2011 earthquake, it was ‘red-stickered,’ along with many others, for demolition. Apart from the school, Cranmer Court at one point housed a community of artists, who both lived and worked within the Gothic style architecture. Homage to the Lost Spaces was a temporary (guerilla) installation by civil engineer turned artist Mike Hewson in the months leading up to the building’s demolition. It was intended to evoke the recent histories of quake damaged Christchurch buildings, and pay tribute to the lives and creative practices the buildings accommodated. As Hewson remarked, “I intended this work to project the same spirit of life back into Cranmer Courts, to help people remember, before it is gone, that this building, too, was once full of community, fun, and family.”

Ambitious in scale, the public artwork occupied 120-130 square meters. It consisted of large-scale plywood mounted images erected on-site amidst the quake damage. Echoing early experiments in spatial illusionism typical of the so-called ‘second’ or ‘architectural’ style in ancient Roman (Pompeian) mural painting, Hewson’s images produced powerful illusions of looking into the living and working spaces of former building residents. In one of the prints, installed across a gaping hole in Cranmer Court, we see a man bicycling inside the building. In another, we see the studio and living space of an artist-resident. In yet another, we see a man talking on the cellphone, oblivious to his audience. 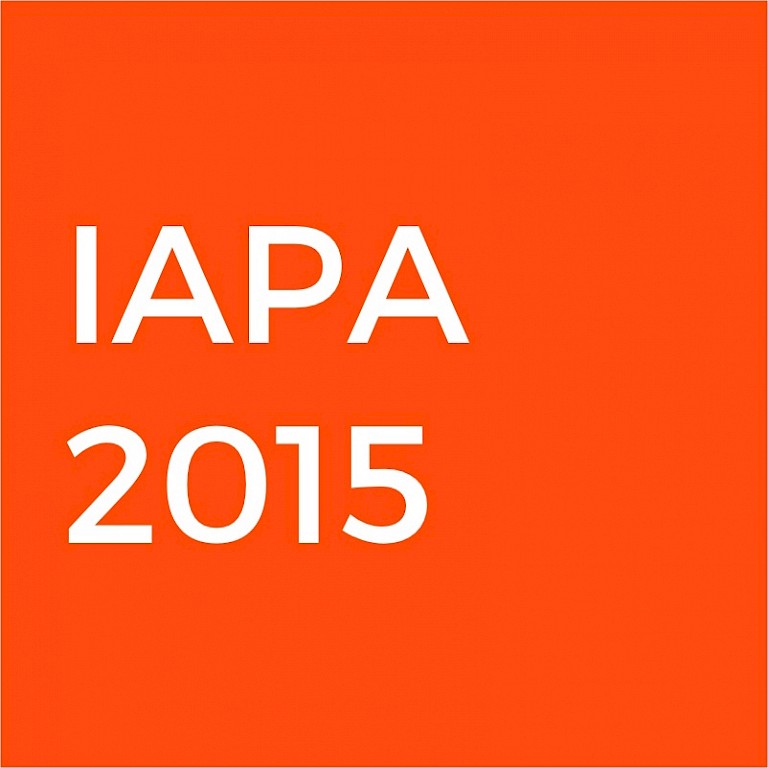 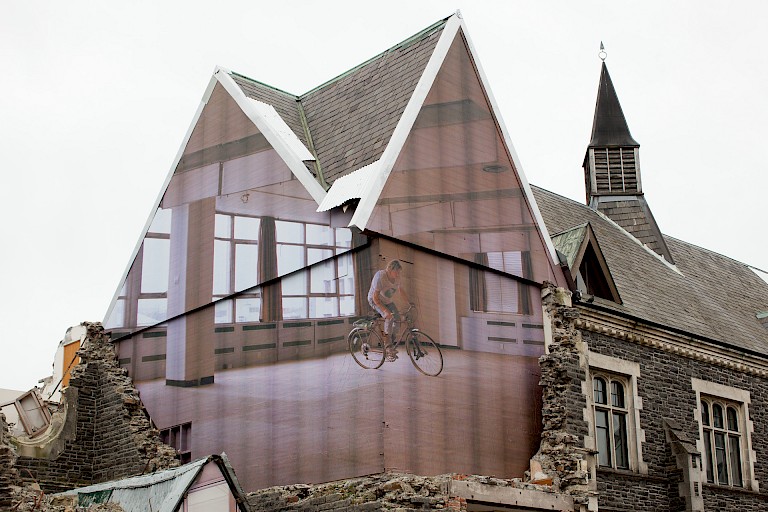 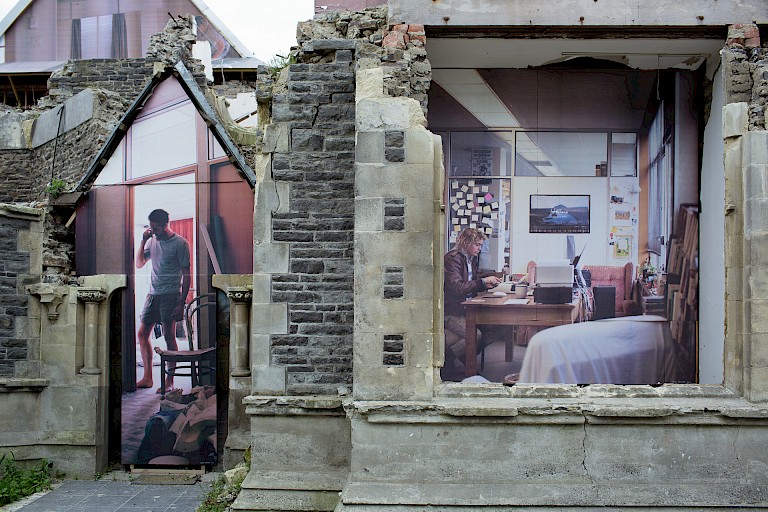 Homage to the Lost Spaces appeared to capture the attention of Christchurch residents. Some of the project costs were, in fact, underwritten by local businesses. Hewson’s art also captured the attention of international audiences, receiving reviews in popular online media, magazines and blogs, including Design Boom, Juxtapoz, and The Cool Hunter, among many others. In this way, Hewson succeeded in his objective of drawing attention to the former life and spirit of an iconic place, and in asking audiences to carefully consider the demolition of the city’s material heritage. The artist also intended the project as a kind of collective mourning. As he put it, “It is important we acknowledge these places in the same way we do other losses. It's almost like we are preparing it for burial—dressing it up, grooming it and saying a final goodbye.”

Given the extent of the quake damage, and the fact that Christchurch city is still recovering from a psychologically traumatic and socially destabilizing series of natural disasters, Hewson’s intuition seems accurate, that local communities have much grieving to do. Homage to the Lost Spaces conceivably facilitated this grieving process by interrupting the everyday routines of reconstruction, creating reflective pauses in which memories of the past and feelings associated with loss were given room to surface, circulate, and perhaps dissipate. Hewson’s project is a good example of how artists can function as ‘symptomatologists’ of society, helping communities, in this case, to make sense amidst and after the senseless disruption and violence of natural disaster.