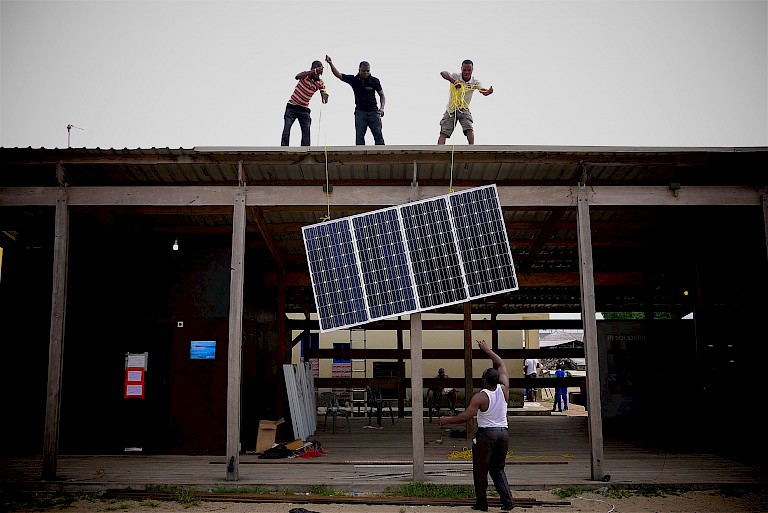 In August, 2009, the homes and businesses of 19,000 people were reduced to rubble over the course of a single weekend. As the displaced residents picked through the debris of their former lives, the governor declared his vision to transform Port Harcourt, Nigeria’s oil capital, into a ‘garden city.’ Years later the site remains derelict and overgrown.

Approximately 480,000 people live in some 49 informal waterfront settlements that fringe this city in the creeks. These are largely self-built communities lacking any form of municipal infrastructure: no sewerage systems, no state health services, no formal government provision. These settlements were not represented on municipal maps. In 2009, the Governor of Rivers State announced the planned demolition of all the city’s waterfront settlements. The Human City Project sets out to share with invisible communities and voiceless groups the tools to make themselves seen and heard.

Chicoco Radio is a youth-led community radio station that will reach 1.5 million people. Chicoco Studios has made the city’s marginalised waterfront communities a centre of musical creativity and free expression. Chicoco Cinema puts culturally excluded groups in the picture and Chicoco Maps allows people to put themselves quite literally on the map. These programmes were built as a response to the lack of voice felt by the city’s waterfront communities.

For now the studios live in the Media Shed. The Shed is a music-making and community gathering-space built by young residents in Okrika waterfront. This is one of the project’s training hubs. Chicoco is actively involved in training local residents in all skills needed to run the planned multimedia hub, whose benefits include: opportunities to develop skills in media production; a platform for community voice; a stable structure which will solidify the legal rights of the wider area, in the long term helping to transform an informal settlement into a community with security of tenure and basic infrastructure; the means to broadcast to the city and reach audiences across the world; collaborations with other organisations and gainful employment in a community-owned social enterprise.

Music and movies have always been important to the project: Sessions in the Shed brings artists from around the world to share skills and inspire project members; Chicoco Cinema is a mobile in inflatable cinema and thousands of people from across the city enjoyed stories and engaged in debate at screenings.

Local residents are also involved in our participatory mapping and planning programme. Hundreds of community members are involved in these community-building exercises, working to secure rights, permanence and voice for an area that currently have none of these things.

The Human City Project is about more than designing a building. It is about building a movement that empowers citizens to transform the city, their city.

The excellence of the project is based on three major elements: its integrative capacity, its professional conduct and its impact.

Its collaborative design and implementation approach to the promotion of social and spatial integration is exemplary. The project connects grassroots networks and global campaign platforms; brings together gang members and government representatives; sanitation engineers and market traders; established artists and aspiring rappers; multilateral donors and community activists. In an innovative fashion, the Human City Project draws on the capacities of all involved actors in a practice of creative solidarity.

Writing about the Human City Project, Thomas Asher, director of Next Generation Social Sciences in Africa, Social Science Research Council, said, ‘The genius of the project is to recognize that to gain a voice residents also needed a space to hold and amplify the voice.’ The project sets out to build platforms for community voice. The design of one of these platforms was awarded a Holcim prize for sustainable construction. This was the first time that slum residents had been actively involved in a development project of this scale and ambition. The hundreds of local residents who contributed to the collaborative design effort demonstrated to themselves, their communities and their city what is possible through inclusive, human-centred design collaboration.

Even the project’s campaign materials are the outcome of creative rigour. As Edgar Pieterse, Director of the African Centre for Cities, writes, ‘one of the most striking symbolic actions was to produce large-scale billboards that projected high-quality portrait images of the residents of these communities, simply saying who they were and that they belonged in the city. It is difficult to overstate how audacious and subversive this ‘simple’ installation was. An important technique for repressive states is to render their subjects invisible and therefore inconsequential. By installing assertive portraits of ordinary residents in public sight lines, the oppressive power of the state is questioned and rendered a little less absolute.’ [Edgar Pieterse, Participation and Place Making in Dissonant Times]

The high standard and state-of-the art outputs, whether architectural, cartographic or performative, reflect the professionalism and precision in which the project is grounded.

Finally, the profound impact of this collaborative project lays prove to the excellence of the interventions. The protection of urban inhabitants from eviction by effectively making their claims heard to governments has strengthened the resilience of the local community. This ingrains a sense of empowerment for citizens by enabling them to produce their own media and art to protect their livelihoods and speak out for themselves, while sharing the technical capacity to produce practical and achievable spatial development plans.

As Edgar Pieterse has written of the project, these interventions, at once social, political and spatial, start to define a field ‘of micro political experiments that could be articulated through strategic coalitions of citywide importance, that hopefully, confront the intractable questions of spatial justice. The emerging experiences in Port Harcourt demonstrate the immense power that can be unleashed through carefully curated and deployed participatory techniques that are embodied in cultural and artistic sensibilities to animate democratic passions, while fostering a space for thinking and acting propositionally.’ [Edgar Pieterse, Participation and Place Making in Dissonant Times]

The project was born from the encounter between a camera and a community under threat. Amnesty International had asked CMAP to produce a video report on the forced evictions in the city. The production of that report - which saw residents of communities in the midst of demolition rally round the camera, protect it and direct it - became the project’s animating impulse.

People who were used to being treated as if they were invisible, saw themselves as highly visible. People recognised themselves. More importantly, they recognised themselves as recognised. The animating impulse of the project was the shared desire to explore more systematically how different forms of representation - from the cinematic to the cartographic, from the voice on the street to the voice on the airwaves, from architectural design to legal representation - could be layered to support the struggle of Port Harcourt’s waterfront settlements participate more deliberately in determining the shapes of their city’s future.

The Human City Project has taught us that residents of Port Harcourt’s informal settlements place a premium on ‘communicative spaces’: places where they can come together and talk – such as townhalls; meeting facilities, games rooms, and gardens – and also places from which they can speak up and reach out – such as radio facilities, media production spaces, performance venues. 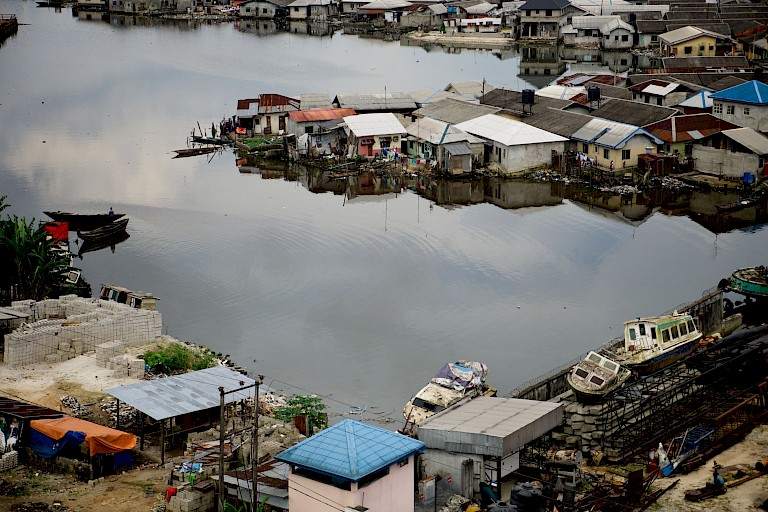 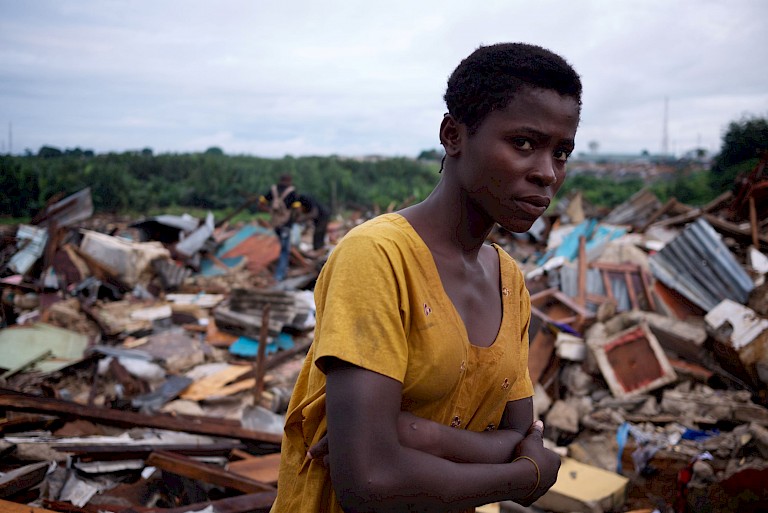 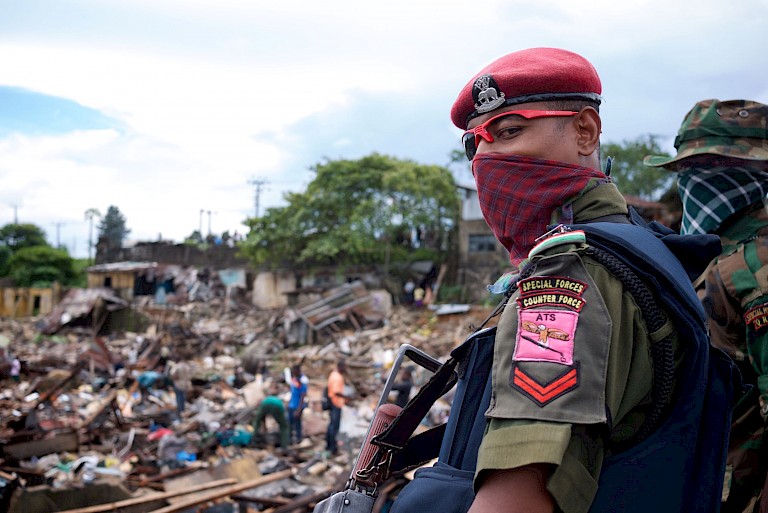 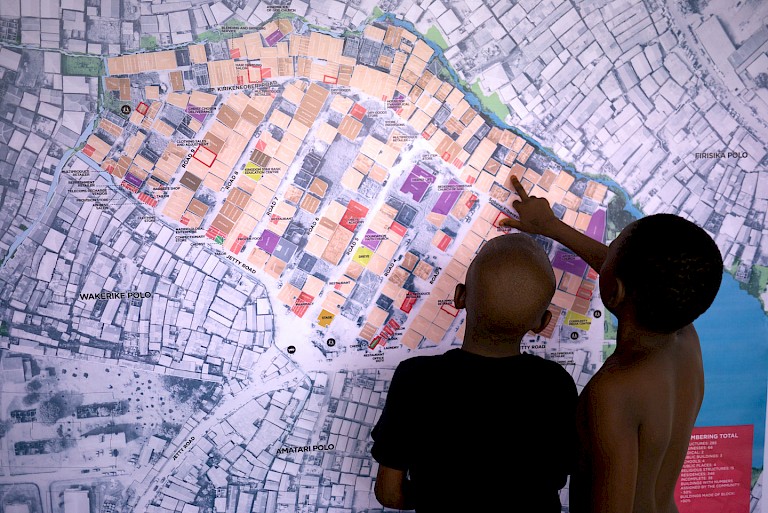 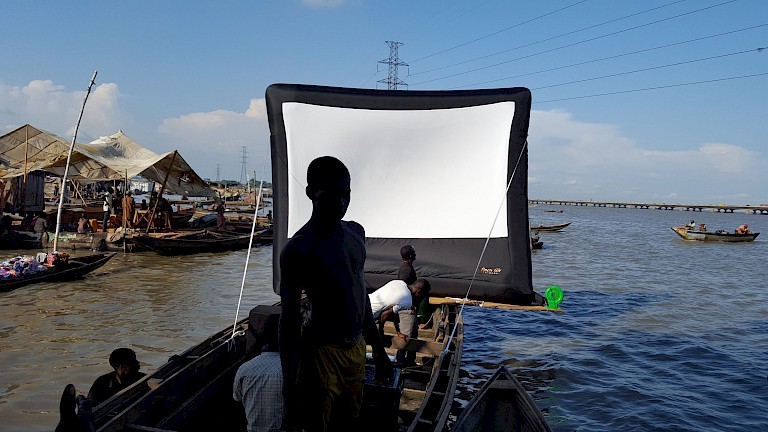 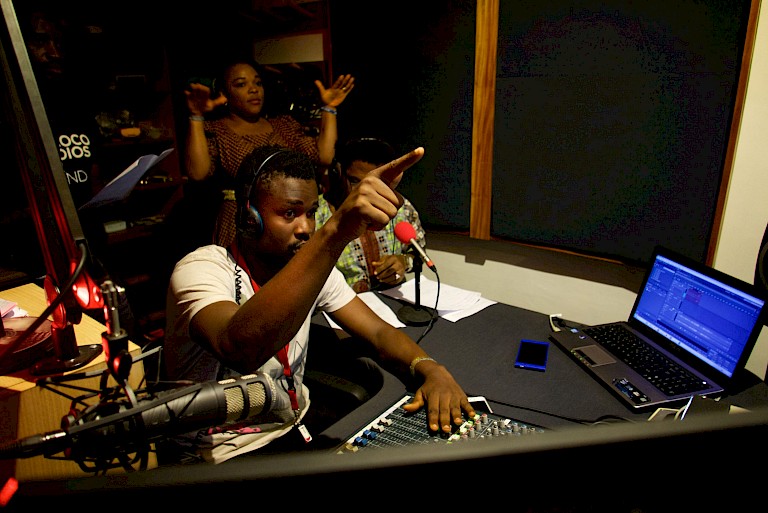 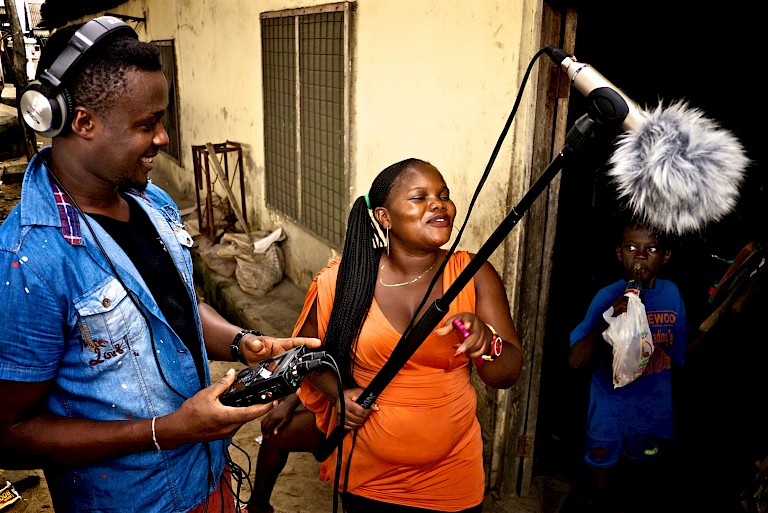 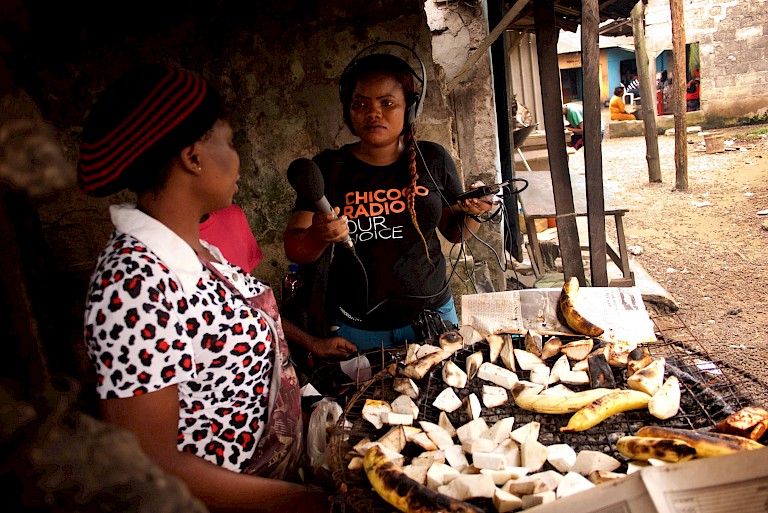 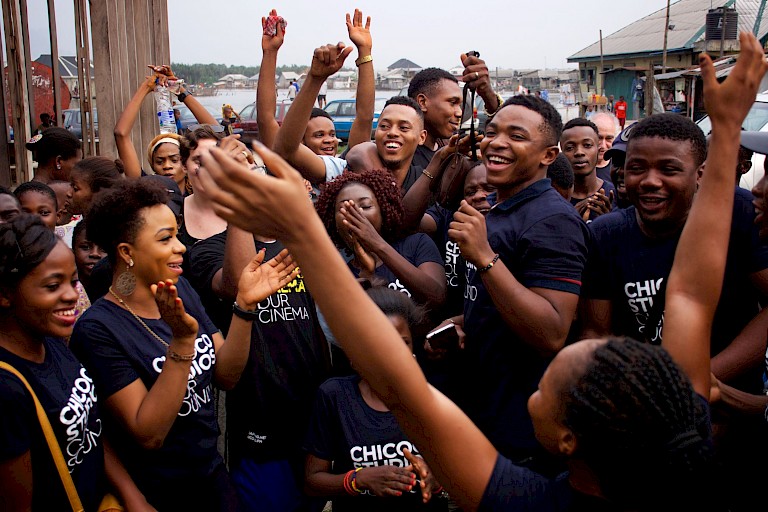