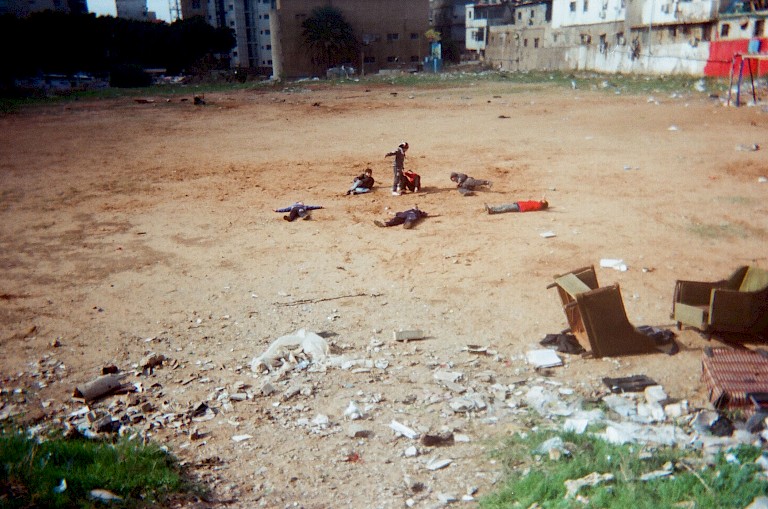 Growing up in urban neighborhoods is largely shaped by the practice of appropriating empty spaces for play. Low-income dwellers of the Lebanese capital have long put their imagination to work by transforming derelict spaces into informal football fields where the community gathers to play and interact. Over time however, the rapid densification and mass privatization of Beirut has made these communal spaces steadily disappear, threatening to make youth efforts of urban space appropriation a thing of the past.

Acquiring spaces for play thus becomes a daily exercise of resistance: youths commit numerous acts of transgression in an effort to safeguard leftover spaces by disrupting construction sites, jumping over fences onto private property, and writing on walls. These actions invite us to see urban spaces through the lens of playful practices, and calls out our very conception of the public domain.

'We produced timelines and stories of these places through meticulous fieldwork and historical aerial photography of 10 makeshift football fields: Horsh al-Qateel, Ard Jalloul, Cola, Karantina, Jnah, Khandaq al-Ghameeq, Ras al-Nabeh, and the Mar Elias refugee camp. They narrate stories of mostly disenfranchised youths who, driven by a desire to play freely, are openly challenging institutions and the city’s urban planning through peaceful collective action. Against the legal claims of the owners recognized by the state, we highlight an alternative way in which spaces of play are produced in the city, and advocate for the recognition of claims of past use as an important form of managing spaces in cities around the world today.

In extension to our research project results, we held workshops in Mar Elias refugee camp that allowed us to engage directly with different stakeholders of the soccer field in an immersive and playful environment, and to assess the needs and visions related to the field in a participatory manner. This falls in line with our aspiration to plan the city from below and lays the groundwork for an informed and relevant intervention on the soccer field down the line. As a result of these workshops, a blog was created including a podcast, documenting the process and result of discussions held with the youth.

As Public Works, our edge stems from our multidisciplinary research and design approach that engages critically and creatively with urban and public issues in Lebanon. Through collaborating with a network of professionals ranging from historians and journalists to artists and filmmakers, we initiated this research project to study, shape and implement counter strategies to urban planning and policy making in Lebanon. This research was managed in line with our socially engaged urban consciousness, using our expertise in urban planning and exceptional versatile research approach that involves ongoing evaluation and reshaping of strategies depending on research progress to achieve premium results.'

“At the age of 11 I started playing football. Our field was the Tannoukhiyeen Street where I was born. There is a tall building, which used to be my playground before. There is also an old house, and that whole area was my playground. The street was a dirt road and that’s where I learnt to play football with a tennis ball, wearing what they used to call “espadrine” the rubber canvas shoes which you could buy for 2 dollars. People were watching us from balconies and thought we had potential and that’s how we ended up in Nijmeh team. So I became a Nijmeh player, me and a famous guy called Mehieddine Itani. He was a very naughty boy and never obeyed rules. Facing the house where I lived was a huge Carob tree where we used to run away to spend the night. Most of my adventures were concerning play. We were going to the sea and picking sea urchins. Our best place was called tehweeleh. At that time, it was a small site and all the rest was a free beach.“ Tamim, a former football player

This anecdote is set in Beirut. But what Tamim describes is 1950s Beirut, a city with little urbanization and an abundance of open spaces for playing. Today, Beirut is a very different city. An all-time economic vision to favor the service and real estate sectors has resulted in a city that bears no attention to its shared spaces, and where private capital overthrows the common good. Exacerbated by a 15-year civil war and post-war reconstruction policies, Beirut has witnessed the disappearance of its coastal lands, the closure of its largest public park, and the emergence of new luxury buildings erected over the rubble of old homes and shared spaces. This control of public space in Beirut is also intensified with the securitization of almost all city streets, as well as the closure of all official football stadiums.

Yet, despite these conditions, Beirut dwellers still lay claim today to a number of open areas in the city. Amongst these areas are informal football fields that the urban youth freely access, simply for the enjoyment of play.

To think through the city from the lens of “play” provides us with a new way of seeing its spaces. Arguably, play is a form of knowledge about the spaces where the practice occurs through imaginative, often spontaneous actions linked to everyday encounters. Through this lens, outdoor play practices are forms of spatial appropriation and reproduction; they introduce unpredictability and consequently new possibilities. As Tamim explains in his childhood adventures, and in line with Lefebvre’s conceptualization of play, these spatial practices extend beyond the confines of time and place, and spill over to embody borderless play in the city. These are occurrences that transcend planning regulations and provide the opportunity to imagine an urban playground that comprises the entire city.

Hence, we began this project with a simple question: where do people play in Beirut? Given its wide appeal as a practice, we navigated towards football as perhaps the most enduring popular public practice. We did not approach football as a “modern sport”, tied to a system of institutions that represent and defend the interests of the sport (Bourdieu 1978). On the contrary, our interest lies in the ‘simple playing of games’ that Pierre Bourdieu found distinct from the modern sport. As such, we looked for informal football fields that the youth freely access, individually or collectively, without institutional support; simply for the enjoyment of play and being together. 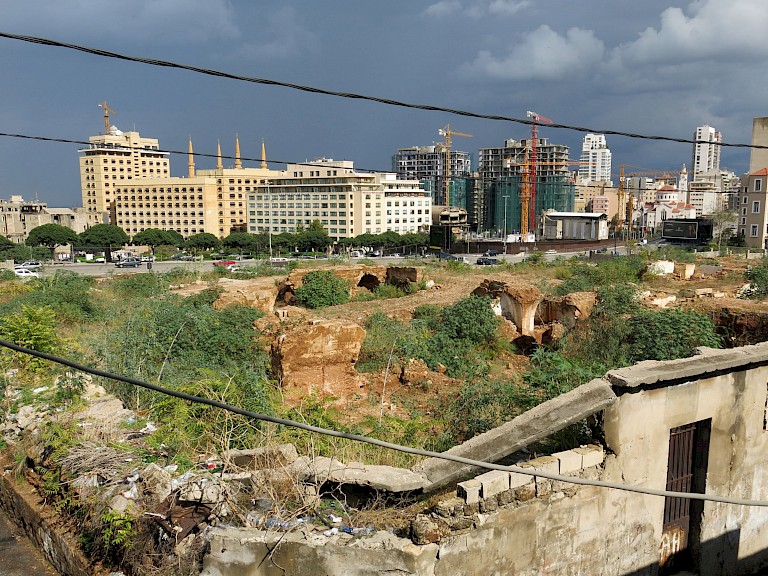 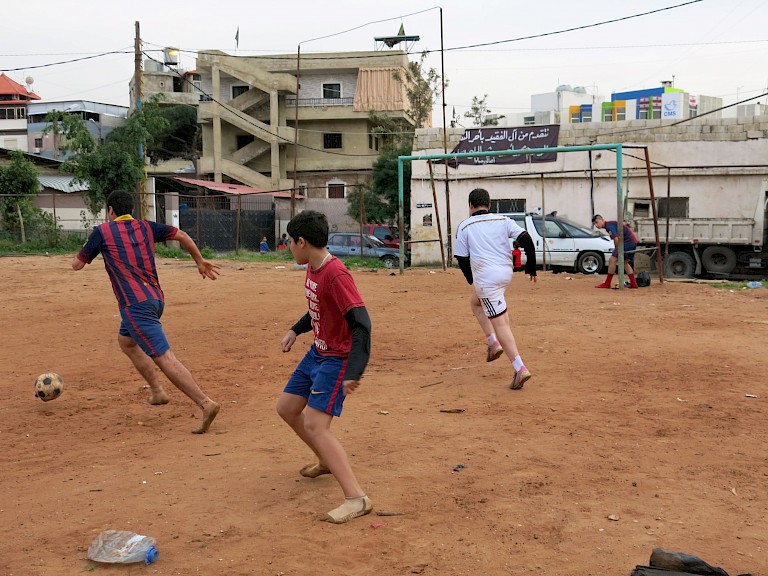 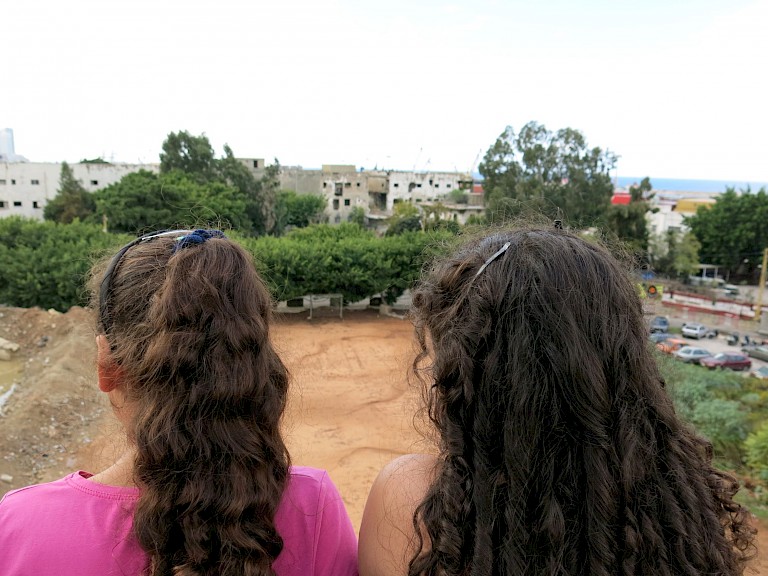 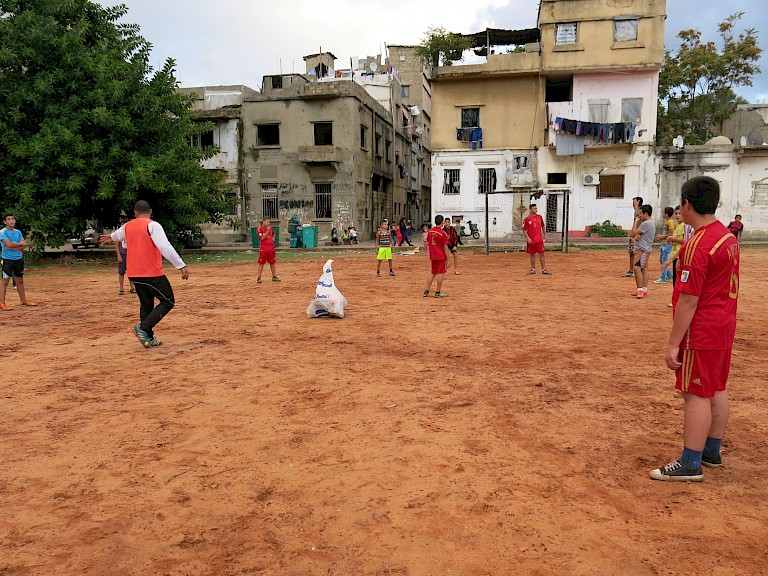 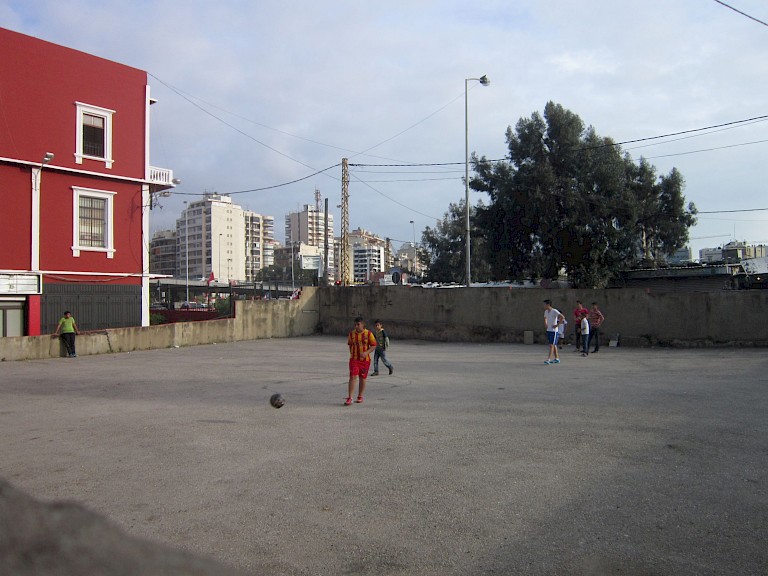 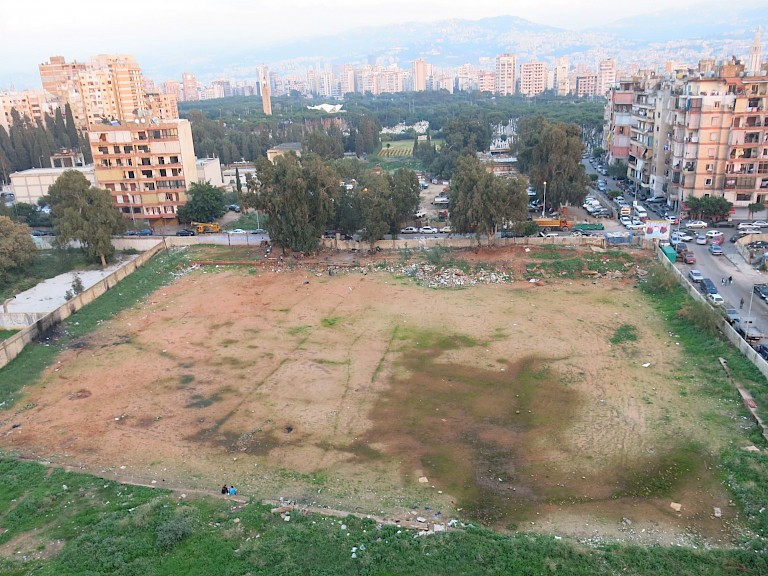 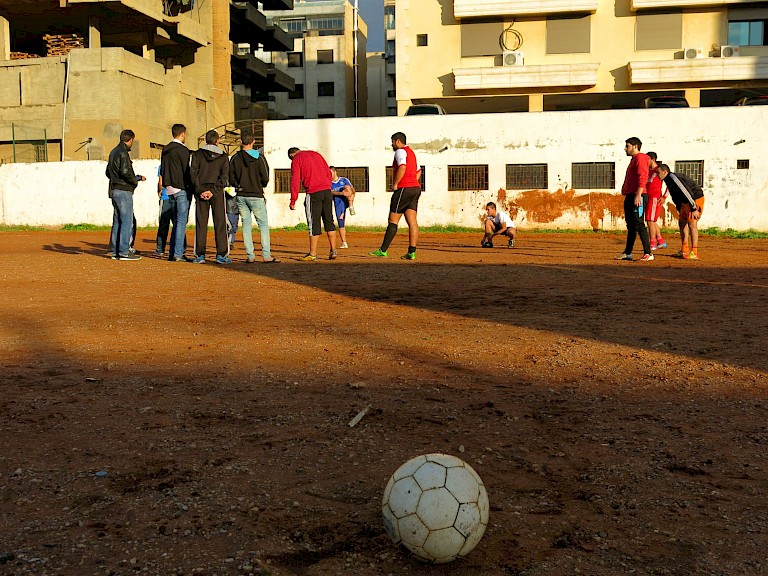 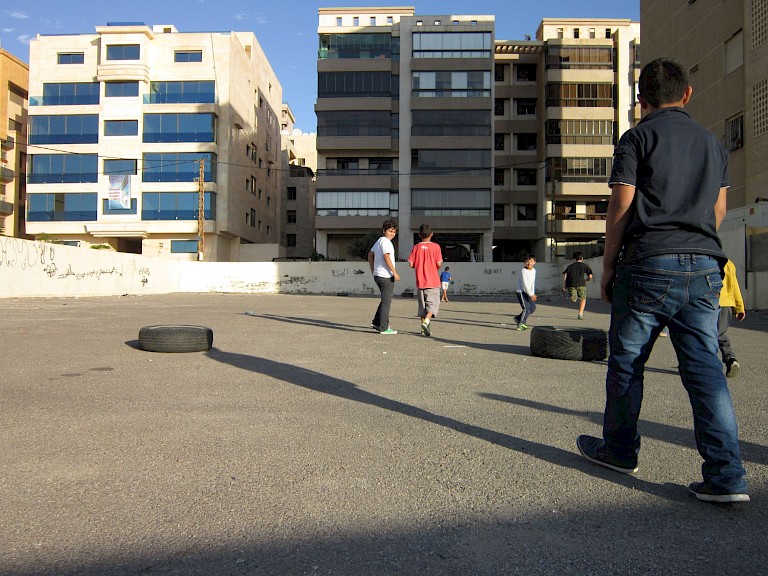