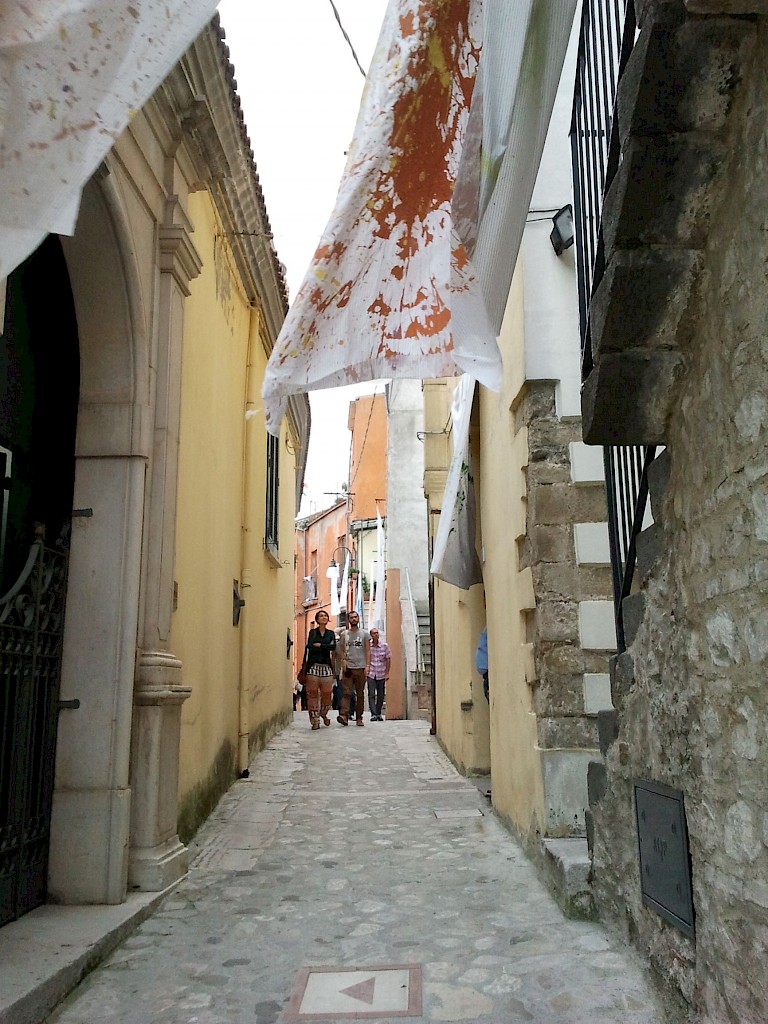 There was an ancient tradition of female virginity in the South of Italy, consisting in the exposition of the bloodstained sheets out of the house of the couple, the day after their wedding night. This tradition has long disused but is still very much alive in the people’s memory. The artist Mariangela Capossela and the film-maker Liviana Davì were born and raised far from their respective places of origin in the South of Italy. They had matured the most vivid memories of their roots among the women's yarns, at the gauze curtains, which sheltered from the sun and hid the women intent on the embroidery of the trousseau they were often made outfits for grandchildren, like them. For the luckiest, sheets were made, and sometimes the story was mentioned: that of the sheet which the next day after the wedding night was exposed to prove the bride's virtue.
The story of the sheet, as it was told, was not a true story, just a story of a few sentences, which did not explain but generated phantasmagorical and terrible images on the wedding night and the end of virginity. The origin of this custom indeed dates back to a distant past. Perhaps there will be a thread that unites it with the hymen songs of ancient Greece, the mysteries of virginity and the sacredness of reproduction. However, the ash that remains of those ancient fires has generated a desire for redemption, embodied by the project “L’esposizione del lenzuolo” literally meaning “the exposition of the sheet,” is a collective action aiming at reshaping the tradition, with the purpose of subverting its meaning. It is an art project conceived and realized with the female population of different towns in Italy where the memories of this custom survive. The project develops in different phases. It starts with personal contact with the population of a chosen place and works on social involvement through meetings and talks with the local women. Later, the event consisted of the collective performance, and with the exhibition of the sheets realized during the performance in the oldest part of the town. The event was realized for the first time in Calitri (AV) in August 2013, on the occasion of a festival of the Sponzfest; it has been brought to the city of Matera for a second edition and in other small towns in France. It is a collective action carried out with people in all its steps: from colors to locations for installations, from performance solutions to the words of the testimonies used in video and sound installations.

The urgency of this project roots from a traumatic past, that of rediscovering an identity of shame and turning it upside down, starting from a reliable and recognizable element for the community. The social purpose in the rural context of Southern Italy is to find a word, a speech to be expressed on the local identity and to find a dignity by re-elaborating a traumatic phenomenon. Its quality lies in the symbolic value of the collective action, focus of which are women, and their role in the community that become protagonist of a paradoxical iconoclastic gesture: the artistic action is to re-create their social positions and to subvert the meaning of a humiliating tradition, still alive in the collective memory of the South of Italy. However, “re-creating” is not among at damaging the traditional identity, but to transform its meaning: the stain shall no longer be something women must be ashamed of, but the sign of an active and colorful gesture of entertainment. 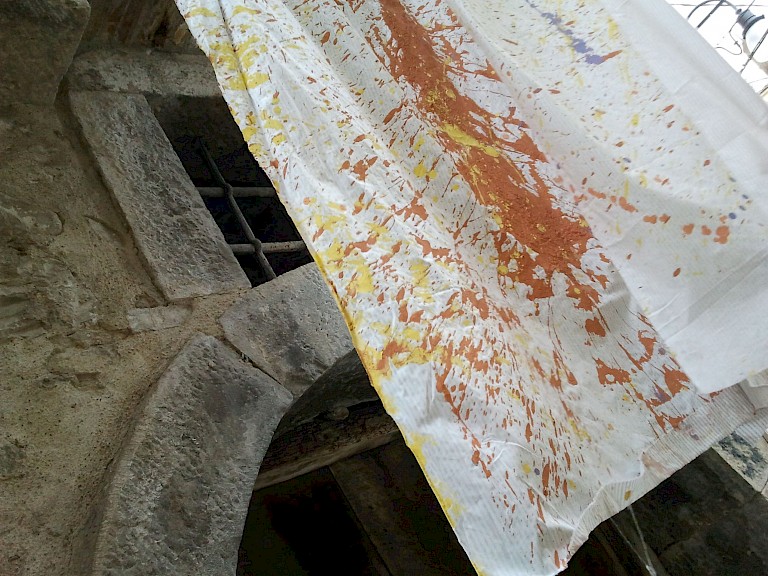 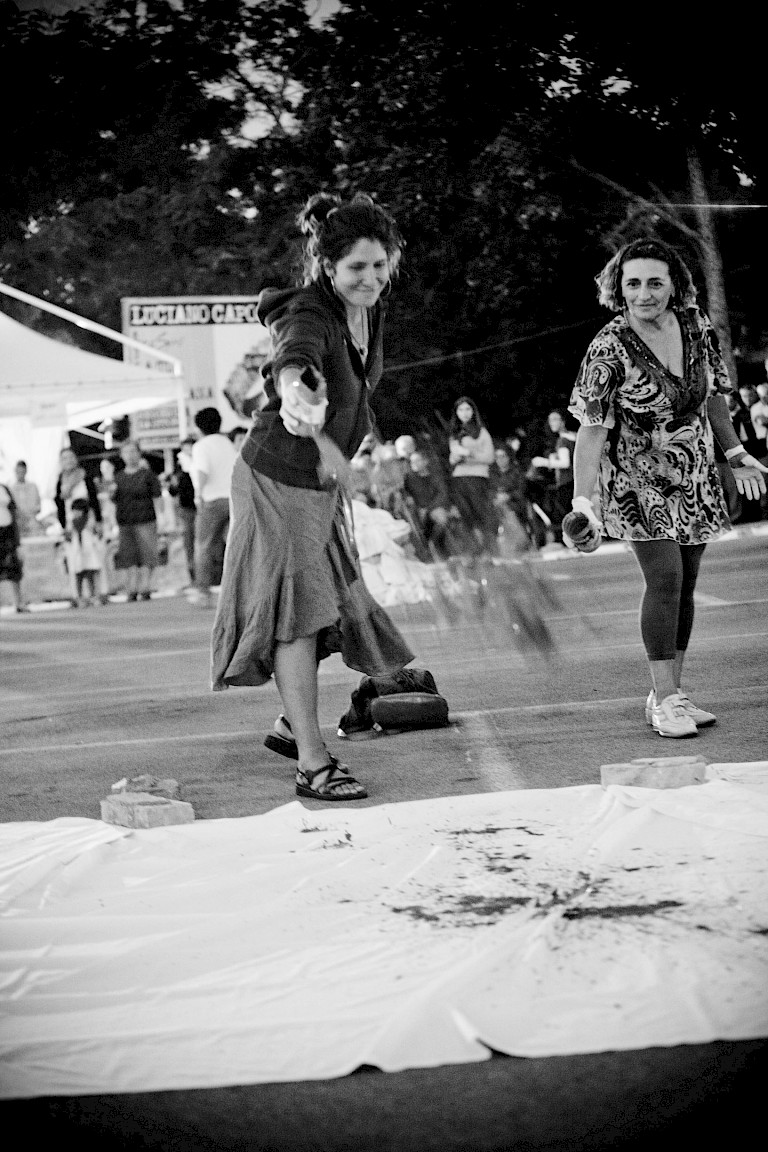 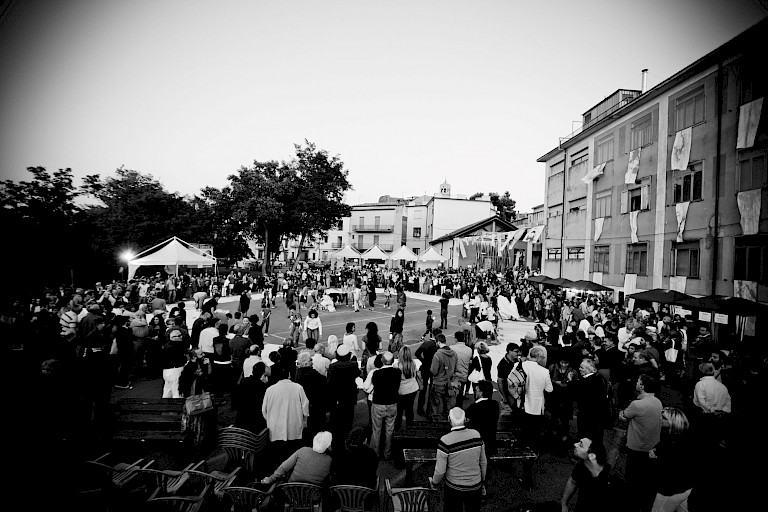 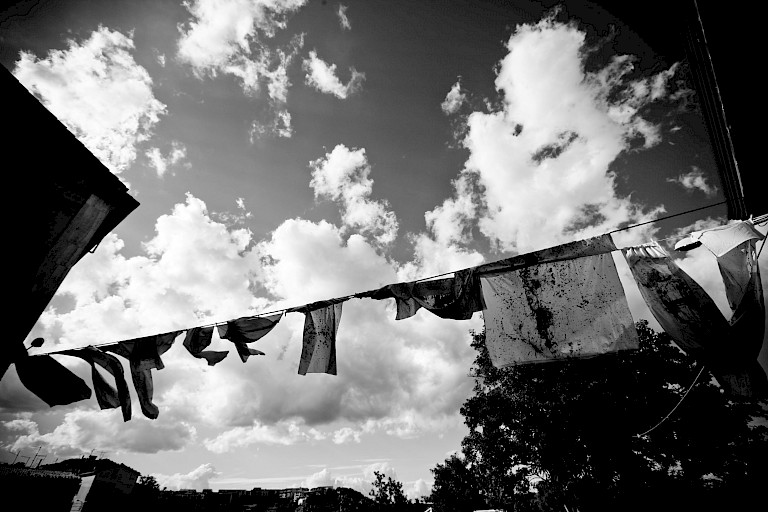 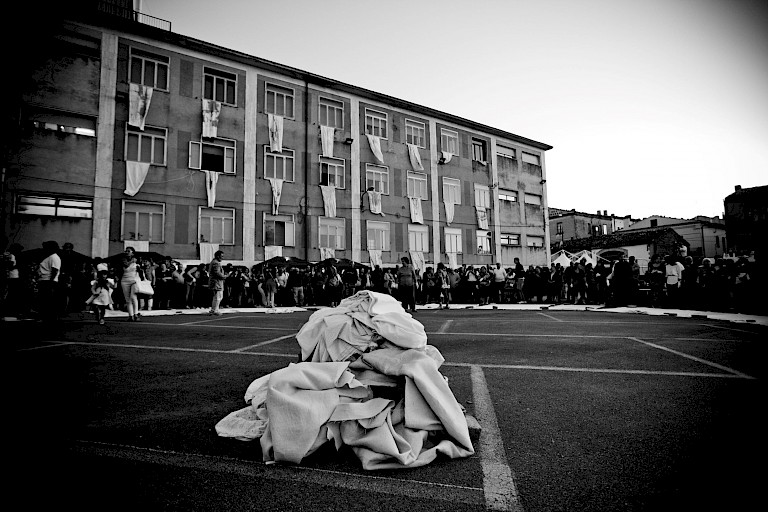 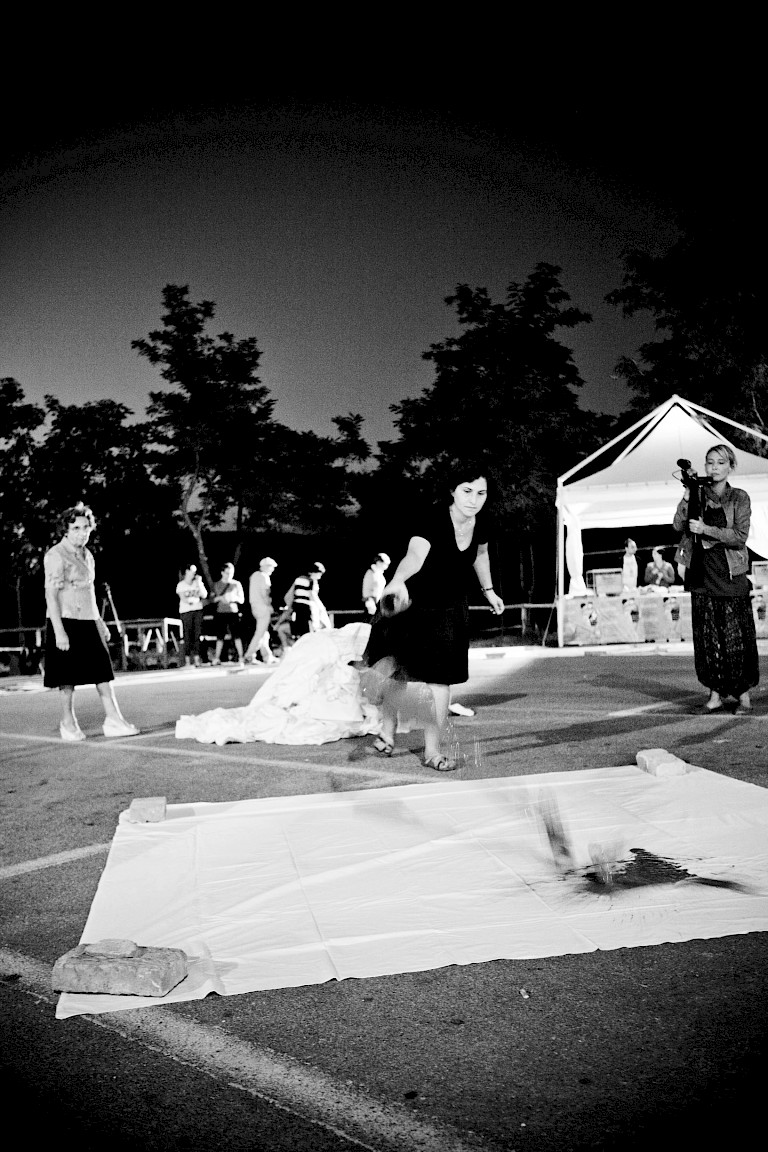 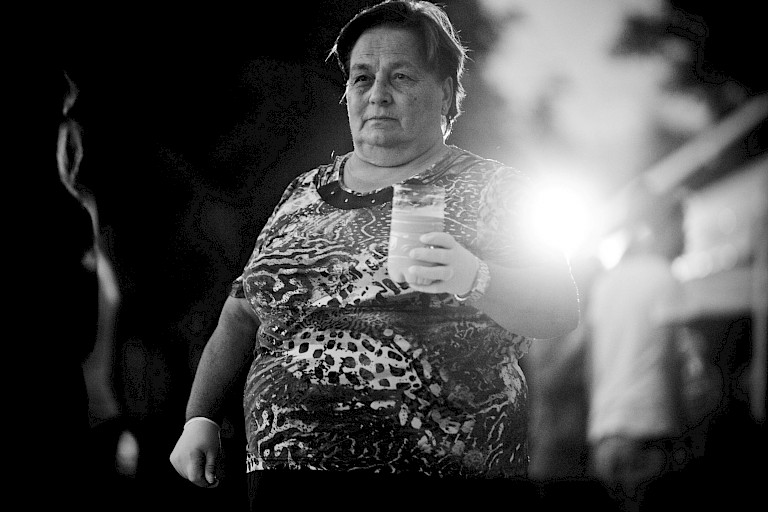