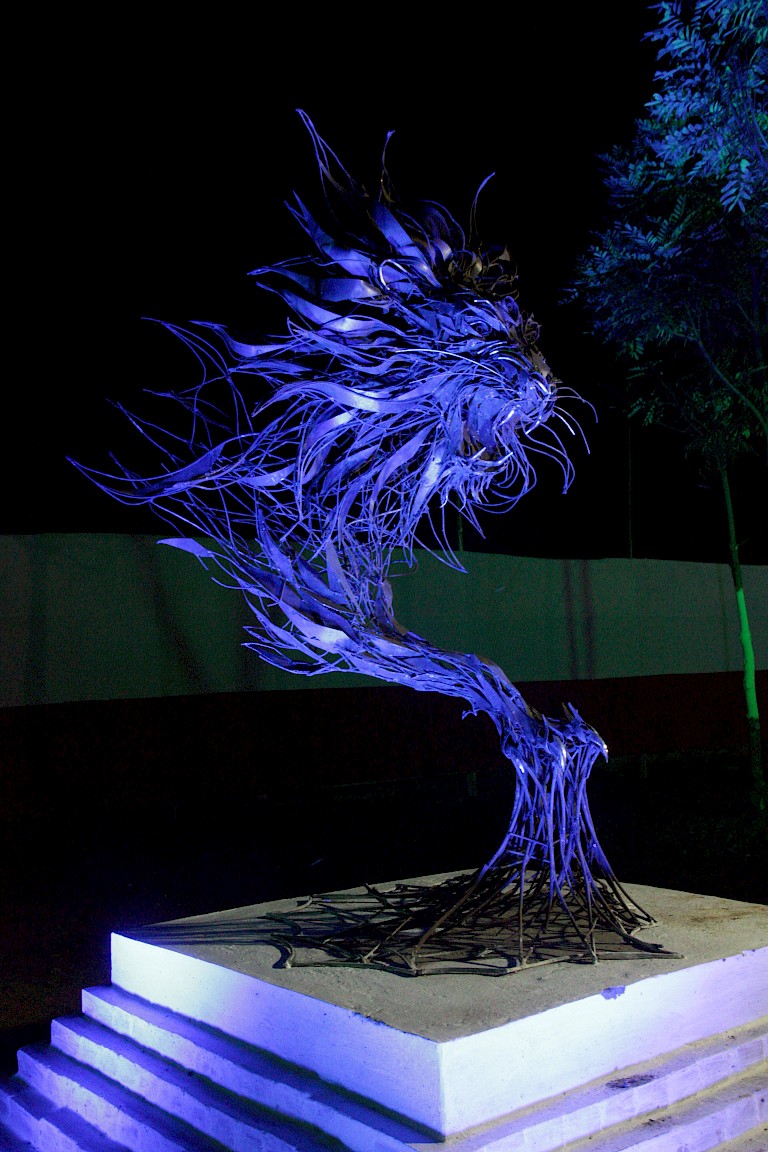 India’s waste burden is quite unpleasant and garbage can be noticed lying everywhere in the streets &amp; roadsides across India. It has been estimated that the nation generates 62 million tonnes of waste every year at an annual growth of 4 %.

A possible solution has been made artistically by Bhubaneswar Development Authority (BDA) for a museum of scrap sculptures through the opening of Bhubaneswar Museum of Waste-to-Art at BDA Park, Sector 7, Kalinga Vihar, around 8 km drive from Khandagiri Square.

Once a visitor enters the museum complex, he is sure to get spellbound by the sheer artistic creativity done on the 28+ art installations there. The artists have used around 50 tonnes of scrap material arranged locally from cycle parts like tyre rims, freewheel, cranks, auto rickshaw body, car &amp; truck junk, scrap irons, metals, oil drums, construction materials, plastics &amp; tyres etc. The scrap was arranged after a initial discussion with the possible artists beforehand regarding their wish list &amp; available resources locally. The Waste-to-Art museum has been created as part of Odisha state’s first International Public Art Symposium held from 1st to 19th Nov 2018 & inaugurated a day later by honourable CM. It was organised by charitable trust Artists Network Promoting Indian Culture (ANPIC) at the 5 acre museum site donated by BDA. It’s an initiative to aware people on waste materials through art and also encourage and inspire the young artists of Odisha to come up with new ideas of awareness through art. The general public are also expected to have a favourable view on waste material management. 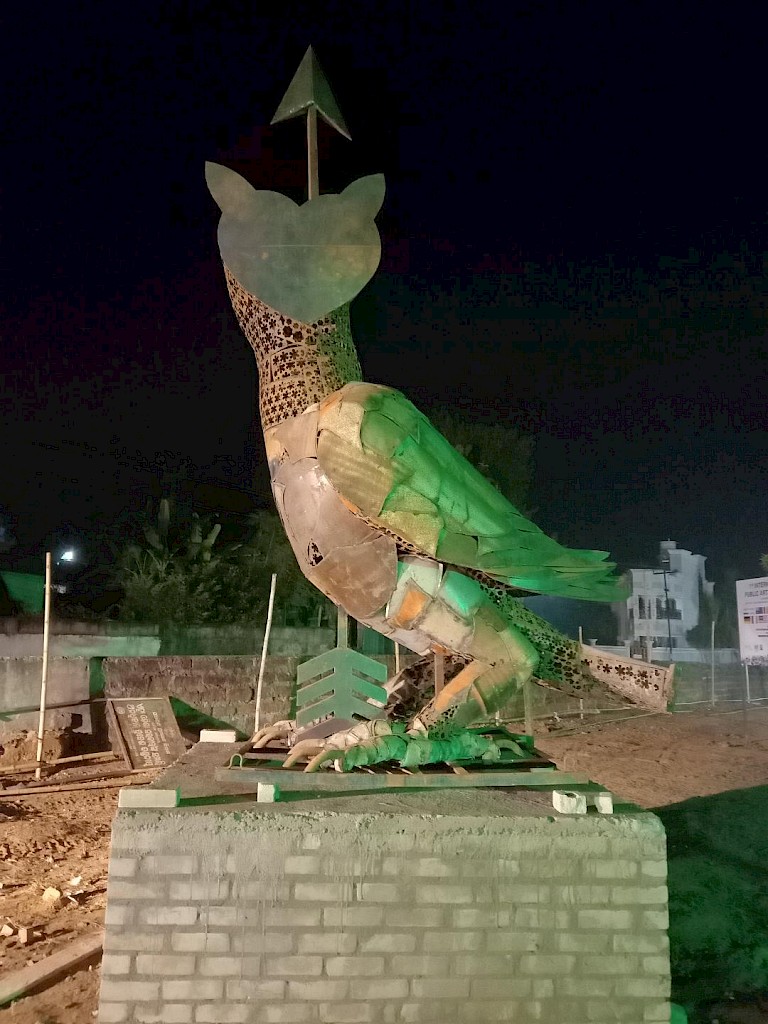 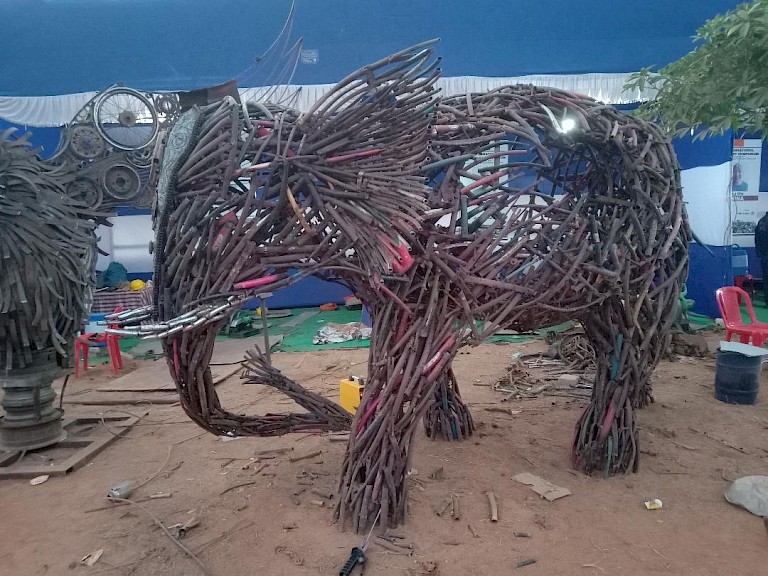 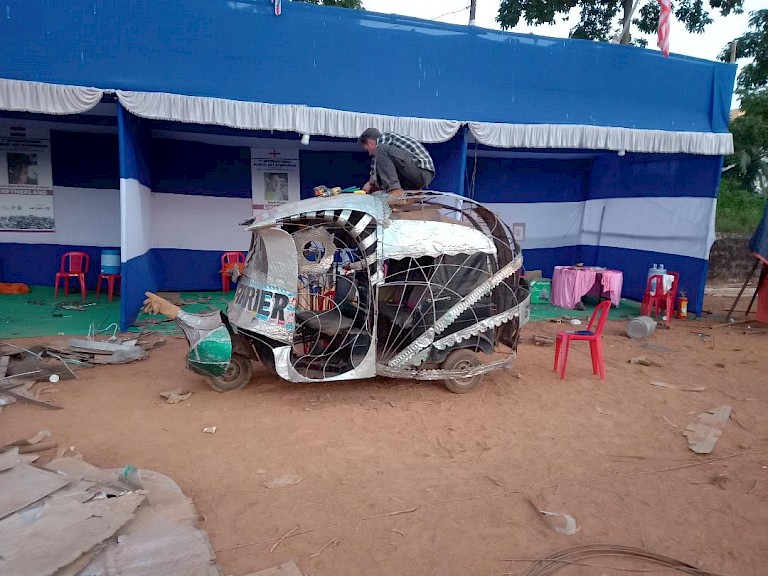 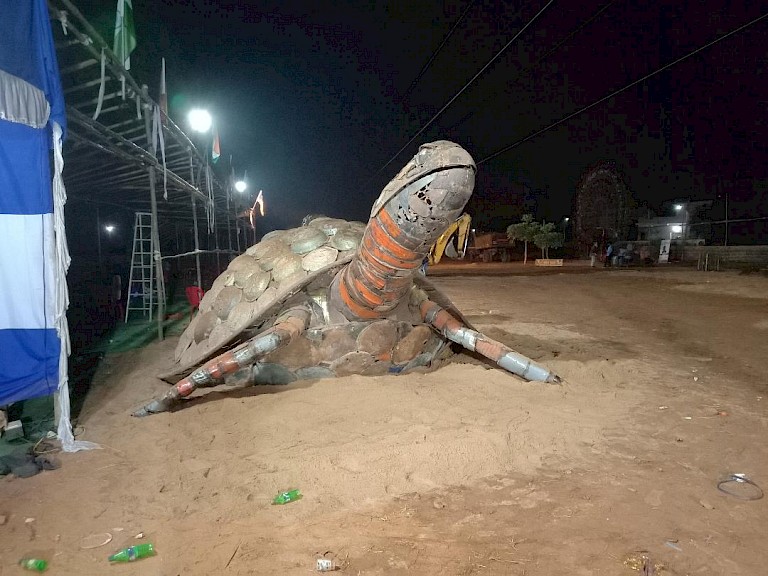 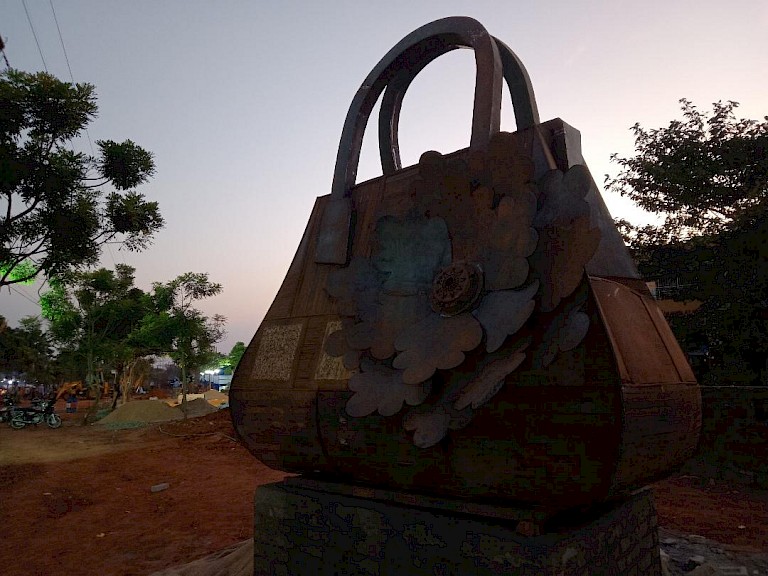 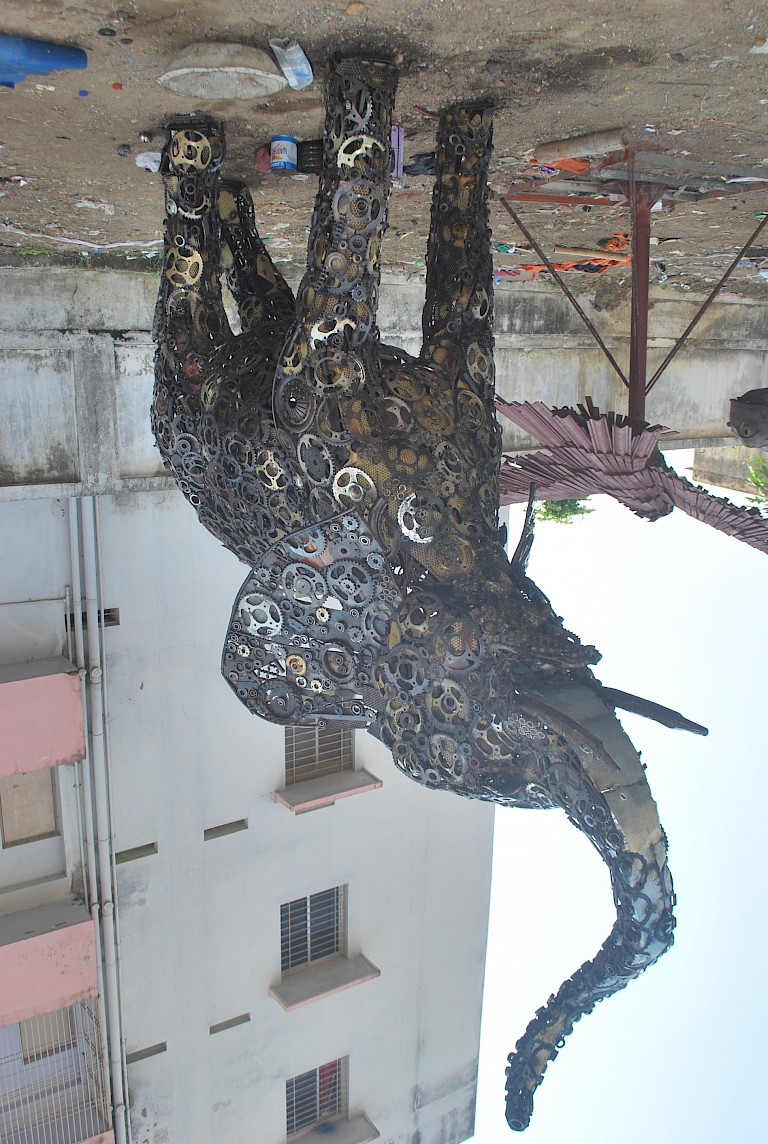 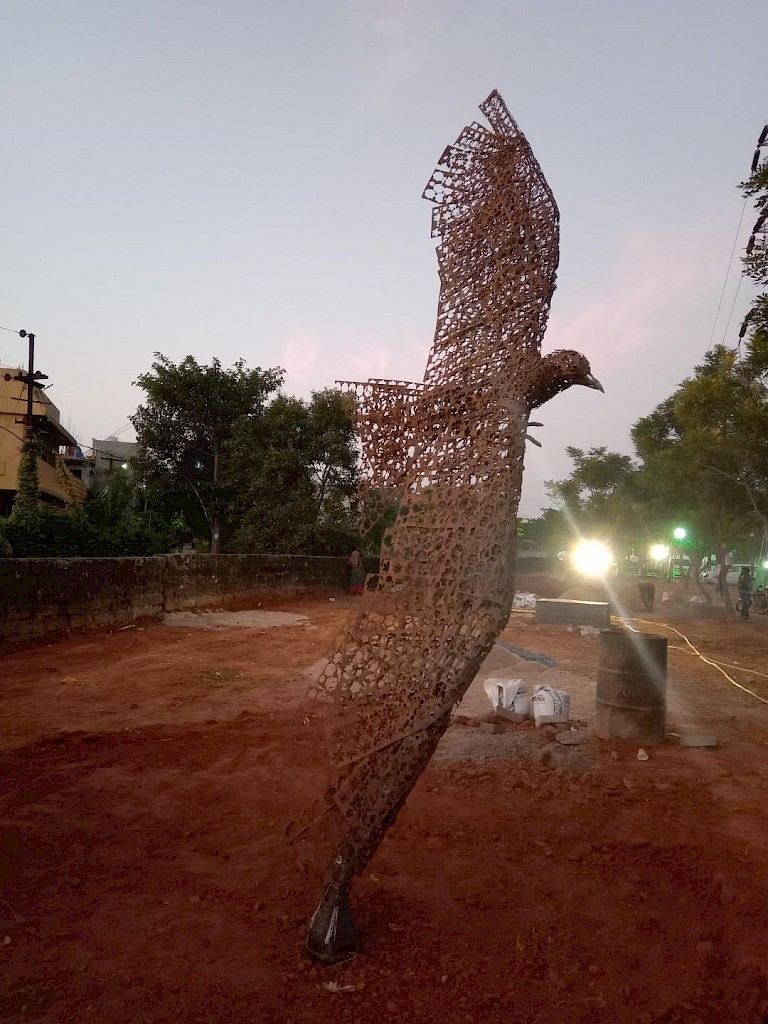