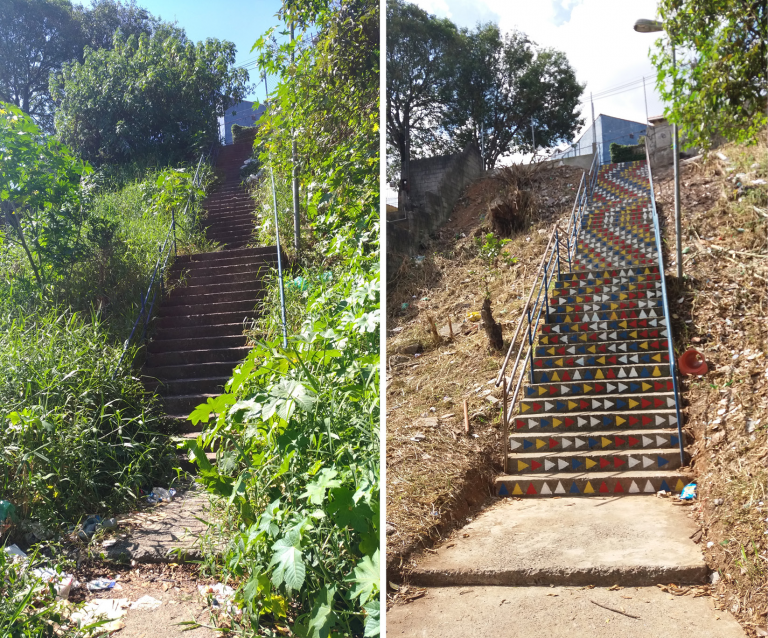 In many hill areas located mainly in the outskirts of Brazilian cities, it is possible to find staircases that cut paths between neighborhoods. Those staircases would be an excellent option for a shortcut, but unfortunately many of them appear to be degraded and are not safe, becoming an underutilized area and subtracting what could be a viable route or path for the city.

In order to draw society’s attention to the importance of these staircases in the city of São Paulo, the initiative "Olhe o Degrau", organized by Cidade Ativa, carries out actions in several localities in the city aiming to reclassify and revitalize these routes by recovering the quality of the useful space of the stairs. In this way, these routes can be used not only as a safe shortcut, but also as a pleasant and collective space and meeting place, even for the enjoyment of the city’s panoramic views. In this way, the staircases can become part of the citizens’ daily routine, being used as shortcut and pedestrian route, allowing the transit of people and their access to sidewalks.

The “Olhe o Degrau” was founded in 2014 aiming to present a new vision and use to the urban staircases. The goal of the project is to reveal to people the hidden potential of these staircases through simple and participative interventions that provide encounters, conviviality and the practice of physical activity and leisure.

The aesthetic proposal that permeates the project is the use of various techniques for the revitalization of stairs, such as paint, stencil and mosaic that are applied in the front area of the steps, creating well colored murals with graphics and contrasting with the monochrome scenery of the city. The project is in its fourth edition, acting in the surroundings of Ermelino Matarazzo, where residents, groups from the region and the local school community have been welcoming the project since the end of 2017, through workshops and engagement activities to value the regard of everyday life. In the second part of the process, and together with private partnerships and with “Olhe o Degrau”, the community was brought together to perform an intervention on the local staircase and walls surrounding their houses, and also to build tables, benches and toys to transform the place into a recreational area. Local artists from the Ermelino Matarazzo Cultural Movement and the Zoom Architecture office were invited to support the intervention and guide the volunteers.

Through this method it is possible to sensitize people to observe their surroundings in different ways, leading to the engagement of the local community as a key element to ensure greater success in an intervention project. In addition, the intervention strengthens the community’s sense of belonging and care with public spaces, revealing the potential of each citizen in the collective transformation of their community.

The project has touched important and relevant aspects when we think of a kind of art that promotes engagement and involvement with its audience. Involving the community with these kinds of projects reinforces the idea of horizontality, making them rethink the public space to which one belongs. In this manner, this project demonstrates how we can have a new vision about the city and about activism while being part of a transformation. 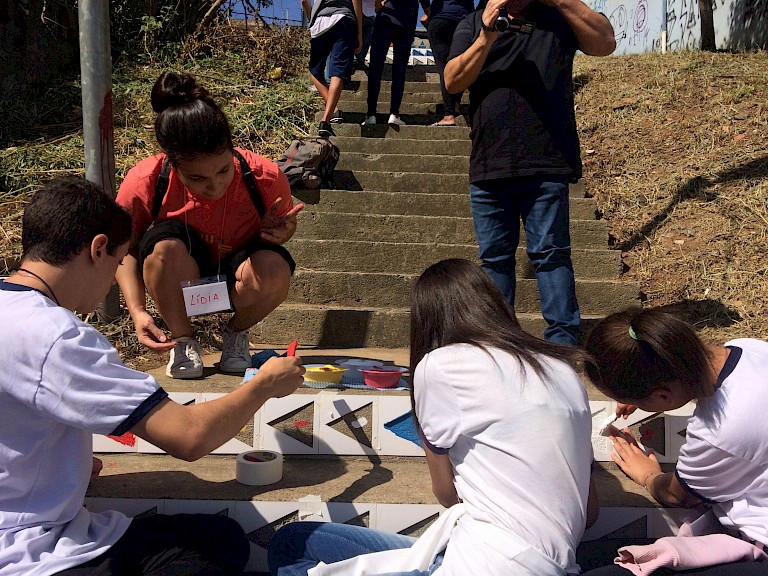 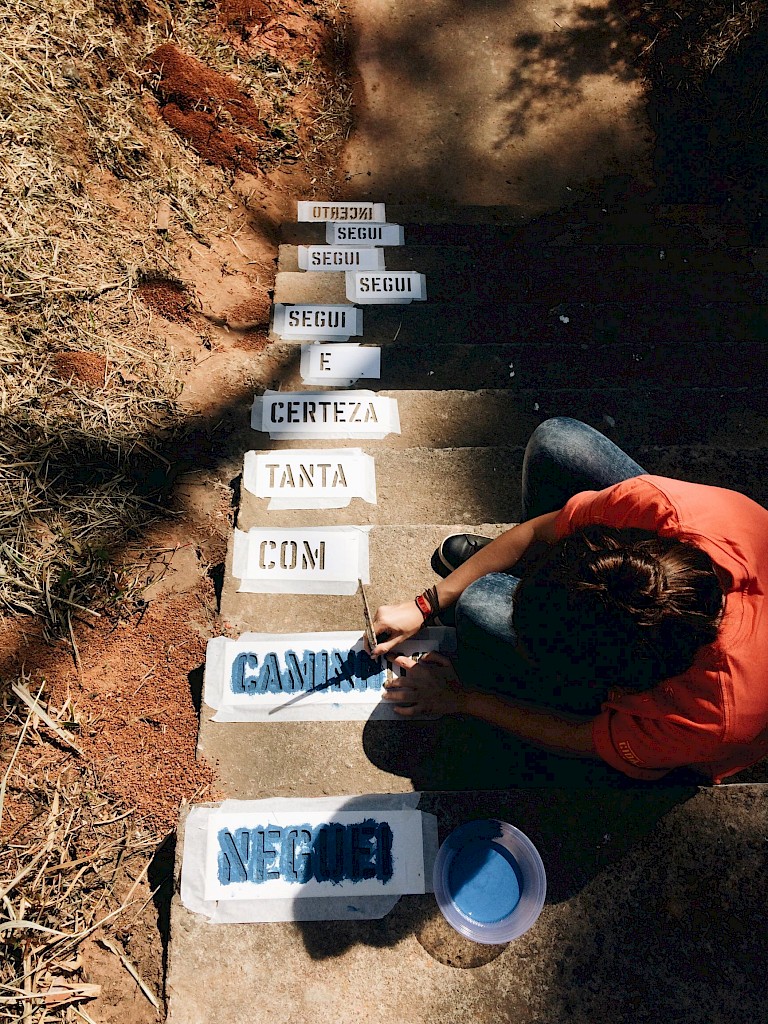 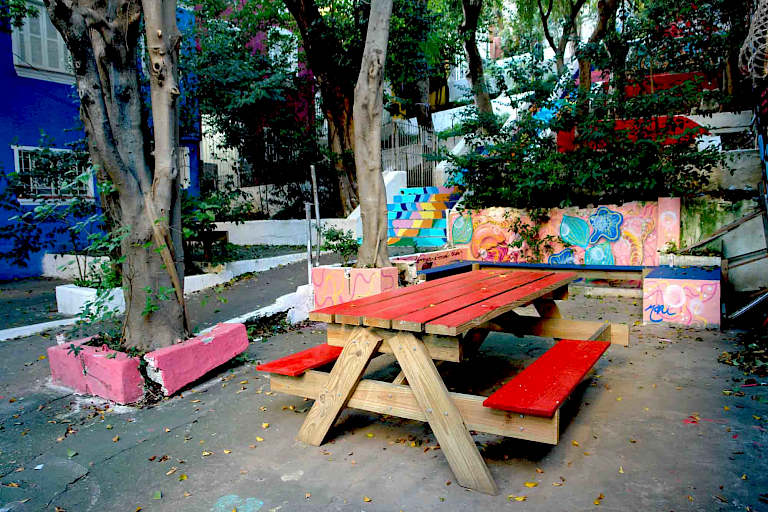 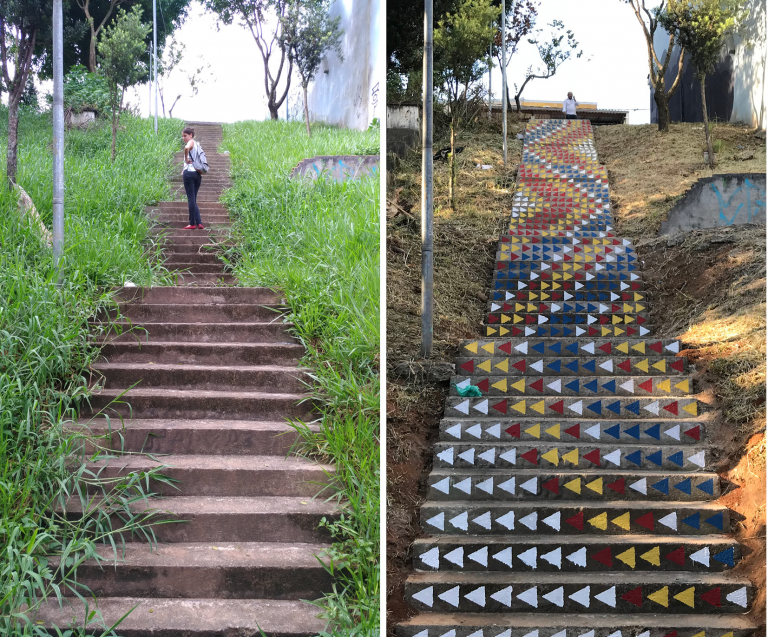