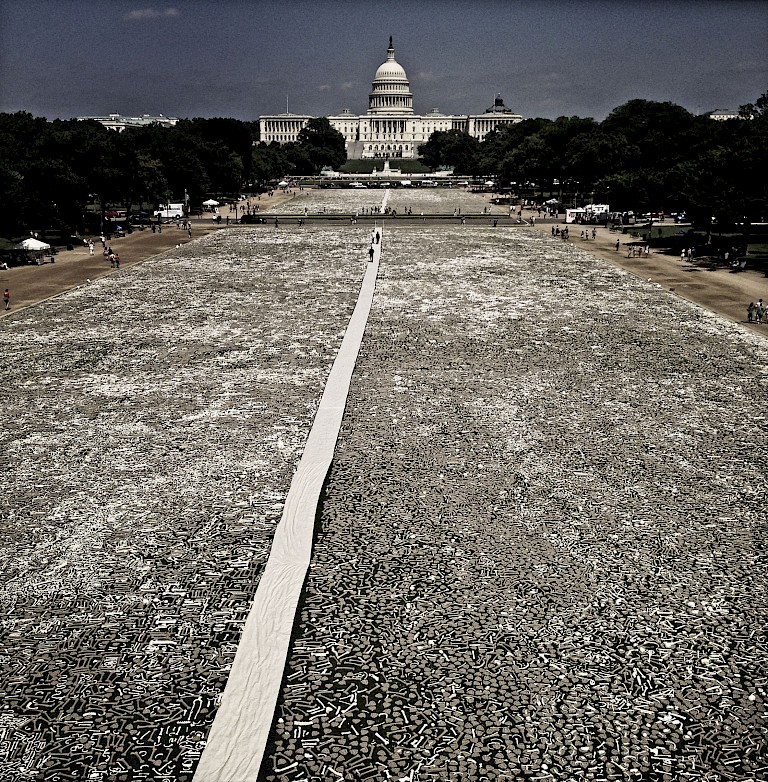 Created by artist Naomi Natale, the project is a large-scale social art work combining education, hands-on art-making, and public installation to raise awareness of ongoing genocides and atrocities in places like Sudan, South Sudan, the Democratic Republic of the Congo, Somalia and Burma. The project involves students, activists, artists and educators from all over the world, as a form of collective call for awareness and action. More 1,000,000 handcrafted bones were collected over a period of 3 years, for a three-day installation event on the National Mall in Washington, D.C., in 2013. The installation existed as a collaborative site of conscience to honor victims and survivors, and will also serve as a visual petition against ongoing conflicts and a resounding call for much need and long overdue action. The project was developed with a series of programming and parallel activities: speaker series, performances, educational workshop and created an open platform for remembrance and spirituality.

The project relies in part in the expansive nature of the installation, making the audience complicit as they can’t escape the scale and social dimension of the installation. The audience can be engaged with various educational programming units that allow the public to gain awareness and provide a platform to be involved.

The project touches aspects of consciousness and political responsibility of both individuals and the collective in regard to genocides across the globe. In that context the fact that the project is displayed in the iconic Washington DC mall, is a clear attempt to provoke a dialogue about responsibilities and the political accountabilities of nations.

The project was designed as a network of collaborations across nations. It transforms the collaborative process of the construction of bones into a metaphor for the individual and collective responsibility about “others” tragedy. This public art project involves extensive educational programming and manifestations that expand beyond just awareness, but into mechanisms of regaining social consciousness and responsibility. The project scope is a call to action and calls into question our humanity. 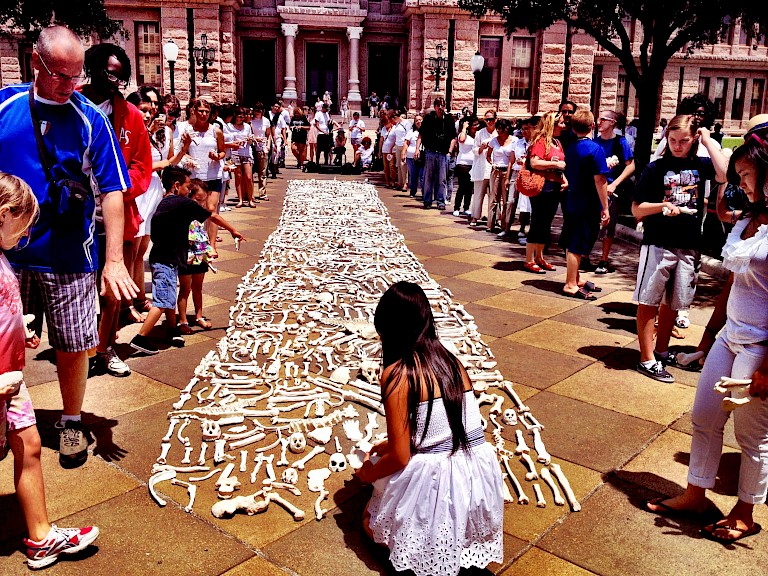 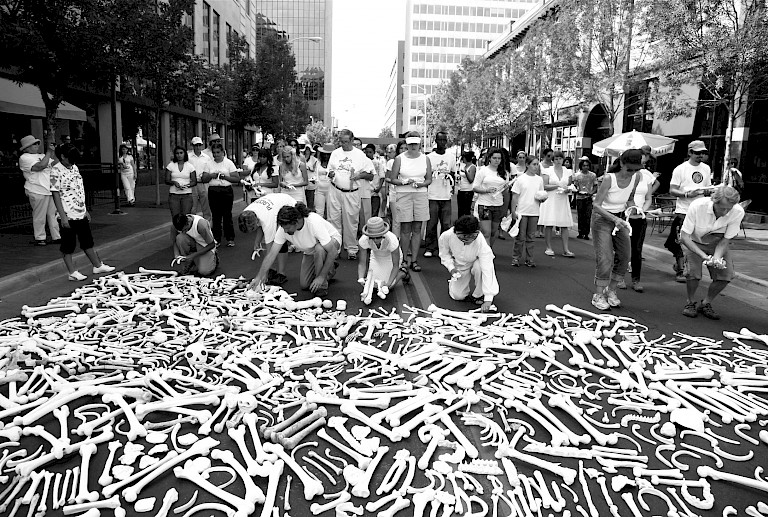 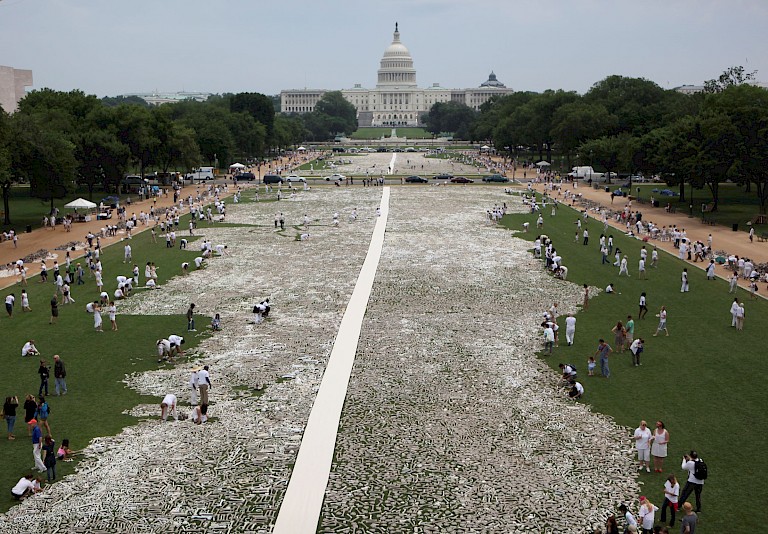 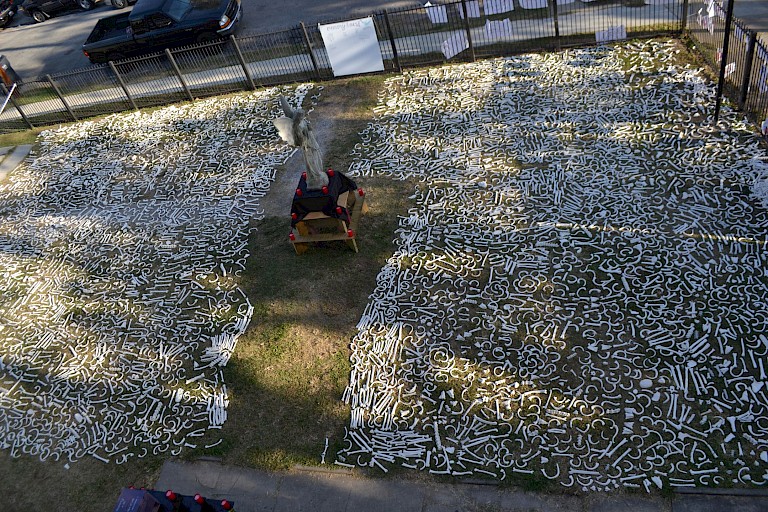