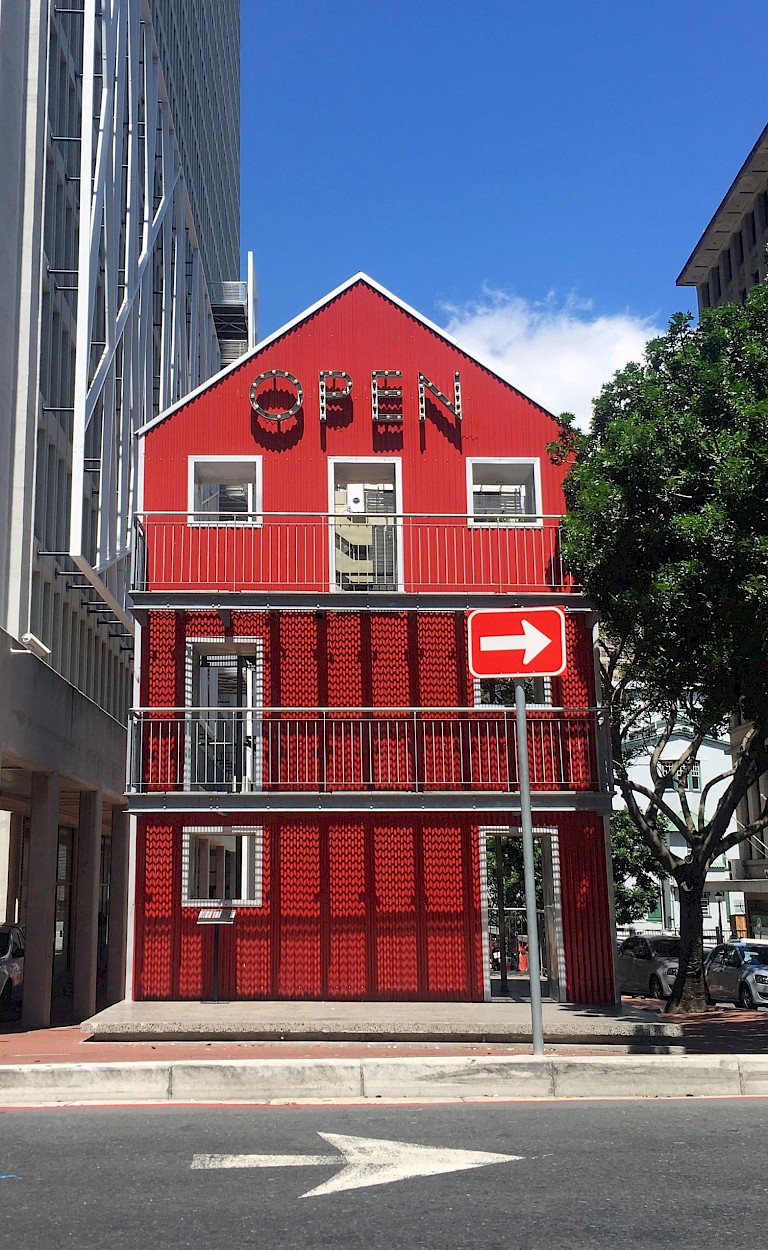 This public art project takes the form of the facade of a house erected in a busy main road in central Cape Town, for people to use as a public space for shelter and for ideas. It is conceived as an 'open source' artwork that welcomes inhabitation and action; to this end it has firm foundations and a balcony with a communal area behind its facade. The public artwork was the result of an open competition run by Cape Town's government office. The artist took inspiration in its design from government-built social housing structures among other elements. It is offered as a place to just sit or meet, for artistic performances or as a speaker's corner.

A very intriguing aspect of this public artwork is the way, since inception, that it has been creatively appropriated by the public towards mixed ends. One high-profile example was when an activist organisation, Reclaim the City, which engages towards more equitable housing and associated rights, turned the Open House into a protest site. Passing by on a recent visit, the sculpture had been turned into a makeshift DJ performance venue with an audience gathering in the open space behind the facade structure to listen in. The artwork is situated on Long Street, which for decades has arguably been Cape Town's most lively central street with a busy and mixed-use setup. Another striking element regarding the more formal aspect of the work is how it appropriates into its construction elements government-built housing materials. This mimics how these so-called matchbox houses are themselves often informally extended or adapated by their owners for mixed-use benefits. The sculpture is also playful, taking its cue from its surrounding architecture and context in order to boldly proclaim its presence and allow for a multitude of re-imaginations.

The competition that resulted in this sculptural installation sought artwork ideas that incorporated public engagement, innovation, integration, social understanding, longevity, expression and potential impact. Specifically, the brief stated: "The piece must highlight the chosen theme of 20 years of freedom and democracy while incorporating the World Design Capital (WDC) 2014 theme of Live Design, Transform Life. It should depict the extraordinary history and diversity of Cape Town’s community, while still pointing to the city’s aspirations of the future." 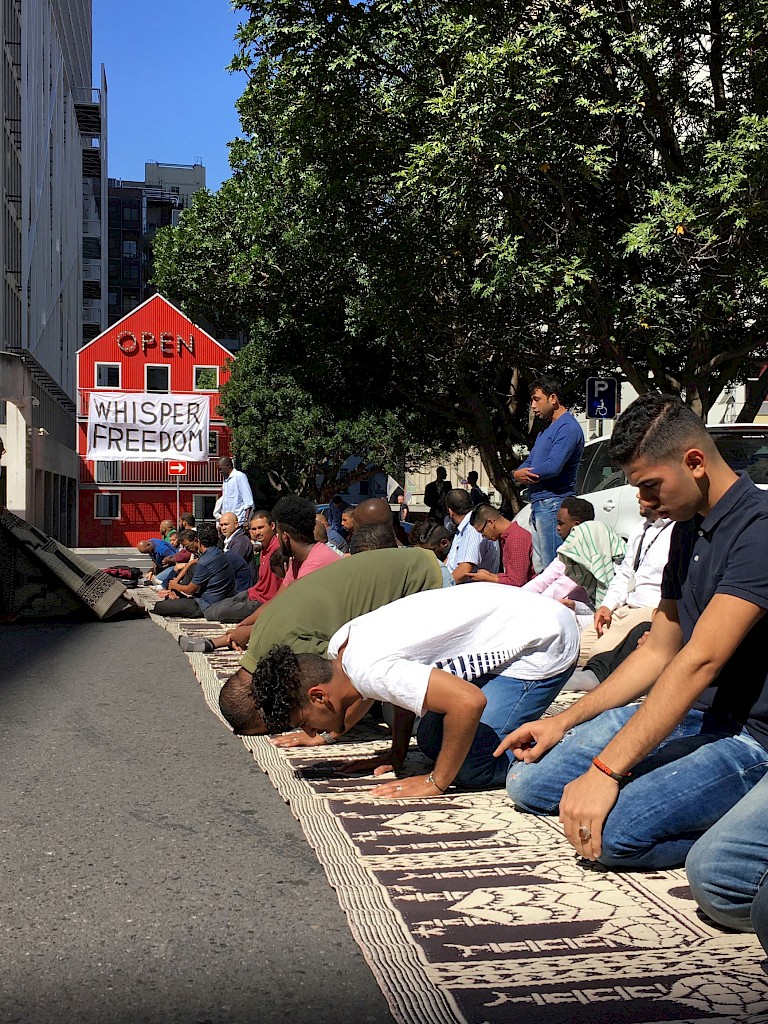 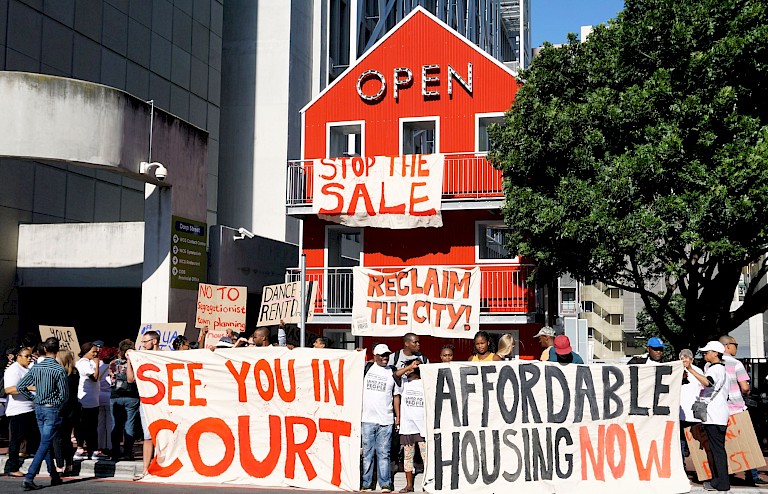 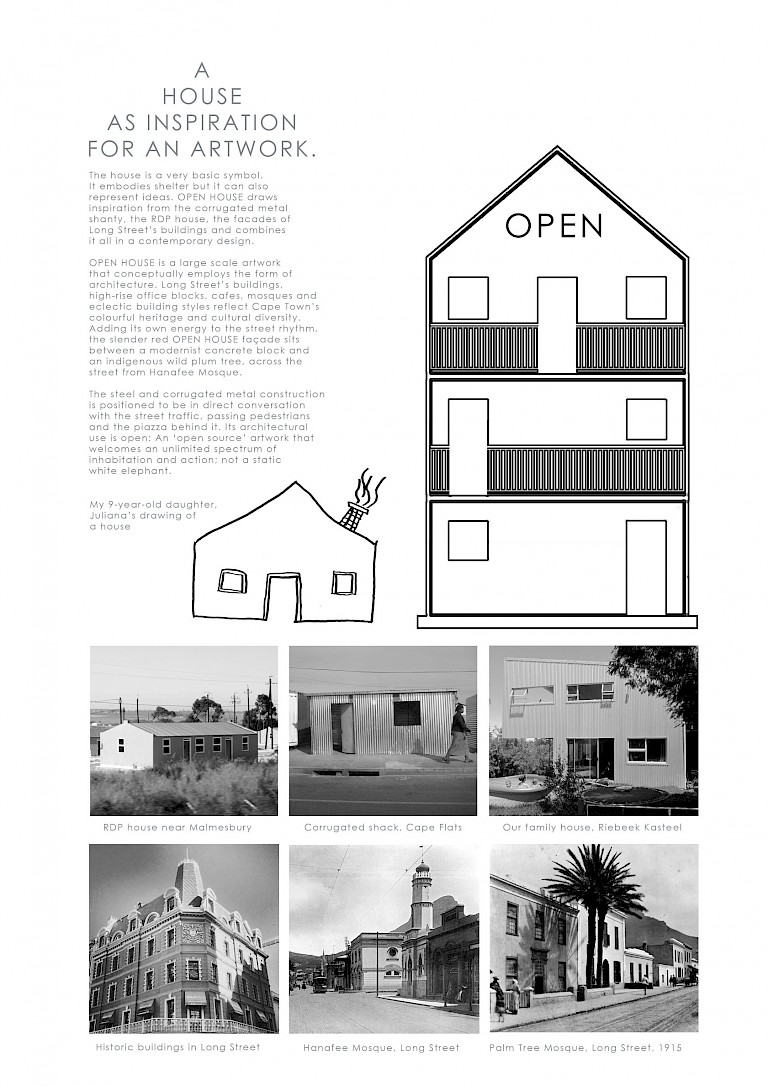 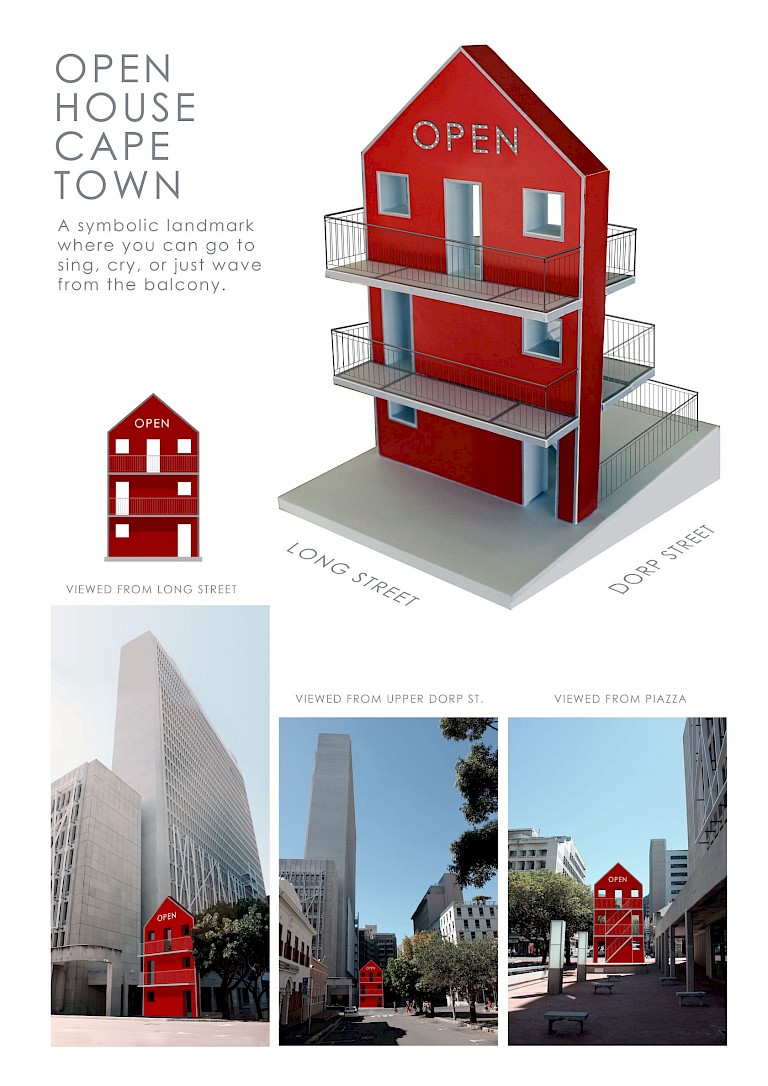