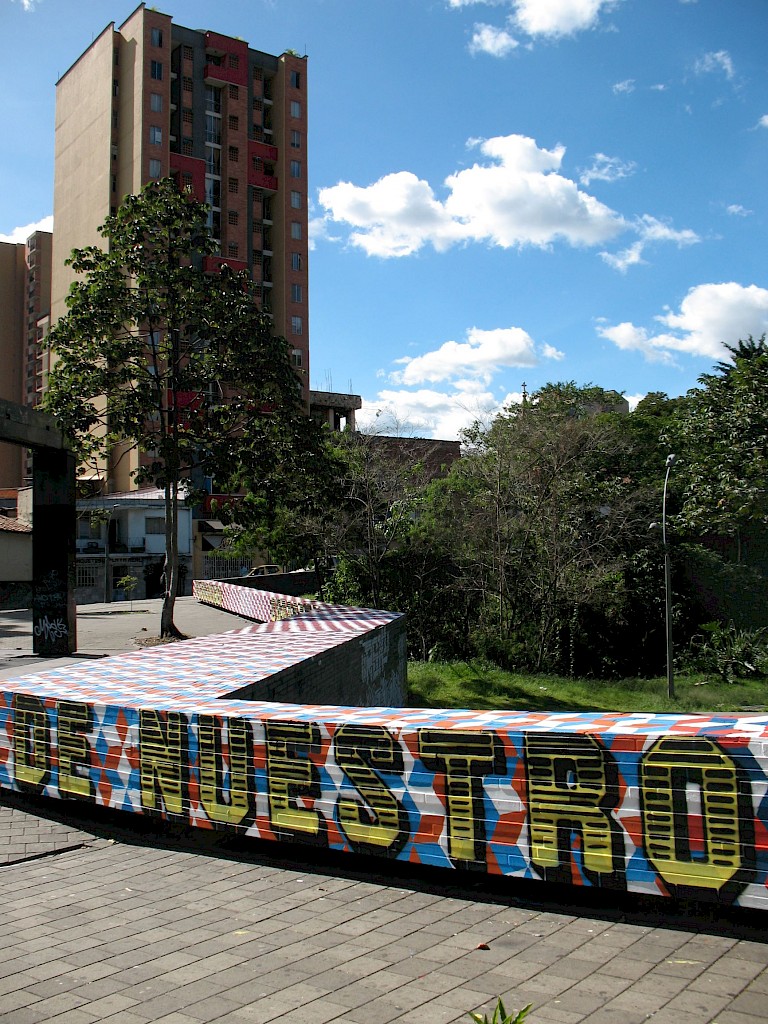 “Pachamama Curasana melts the memory of our spirit in your love”, is an urban intervention in the form a mural. It is located outside the Museum House of Memory in Medellin, Colombia, a memorial building dedicated to the reconstruction of stories from the armed conflict that lasted over 60 years and that is now in a new face after peace agreements. The location of the mural is where three different neighborhoods collide and that has been the epicenter of several territorial disputes for selling drugs during many years. The mural shows a phrase that gives title to the artwork and it is built using references of indigenous visuals form the south of Colombia and Peru. Pachamama is usually translated as Mother Earth, although its literal translation is Mother Pot. This word is used by the artist in multiple interventions, that are usually located in places of urban conflict, abandoned sites or with different social and environmental issues, with the purpose of generating a positive thinking around ecology and self-preservation. The other word frequently used by the artist is CuraSana and it works as a medical mantra that seeks to cure and to heal sick places in town. This symbolic cure that the artist refers to from mind, body and spirit was carefully designed using specific colors of indigenous tradition, gold, blue and red, and using modulation with geometrical patterns, a kind of mathematical sacrality found in nature. The working methodology consisted of about 15 artists and art students drawing patterns and painting. The very long wall becomes a hangout place for neighbors and visitors, who can inhabit the plaza after many years of exclusion.

This piece is relevant in the sense that places art as a healing action, that reclaims the connections with earth and specific surroundings, and brings all the ancestral traditions to the contemporary realities of Latin American cities. These cities have many common characteristics such as historical centers, informal settlements, illegal drugs small businesses, homeless people who are massively displaced to other parts of town, invisible frontiers. Juan Fernando marks theses “conflictive” places with renovated healing energies, as a Chaman or spiritual guide, but also in contemporary terms he invites people to be aware of those marginalized places and reappropriate them.

The project was an initiative of the Museum of Memory in Medellin that knowing the trajectory and line of interest of this artist, decided to commission this urban intervention with the purpose of reflecting upon some of the problematics of the area as well as acting as a healer. 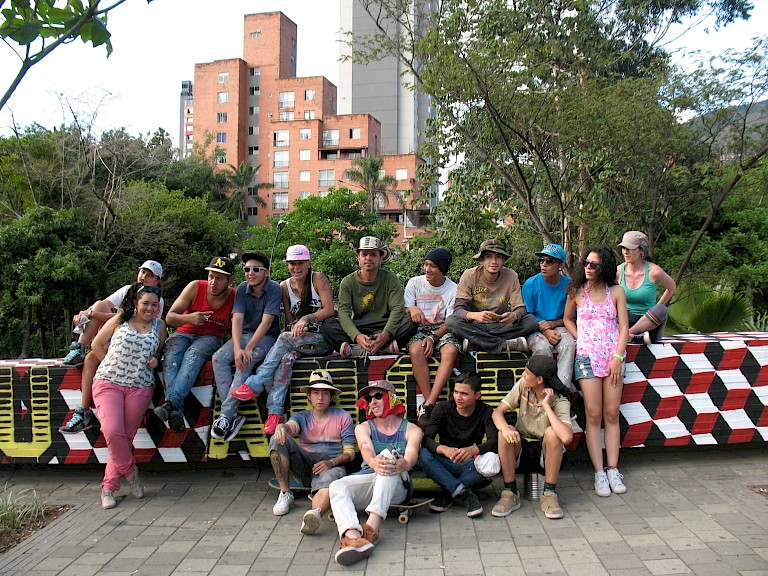 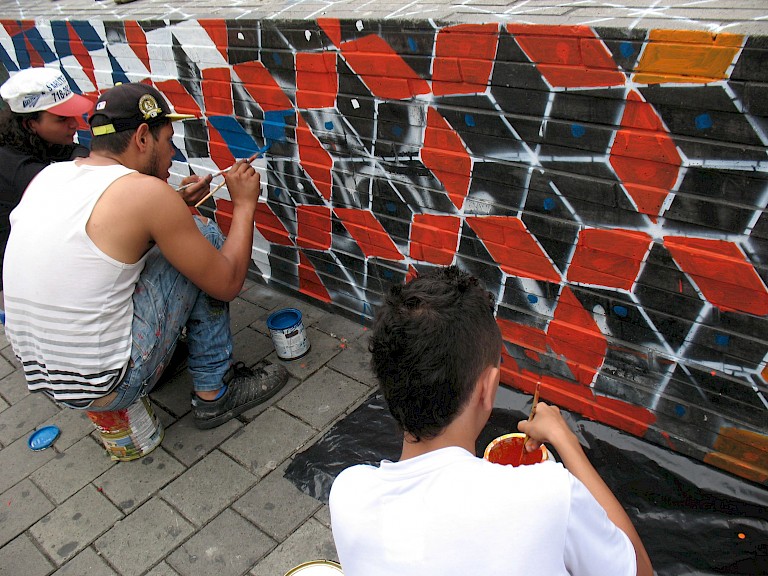 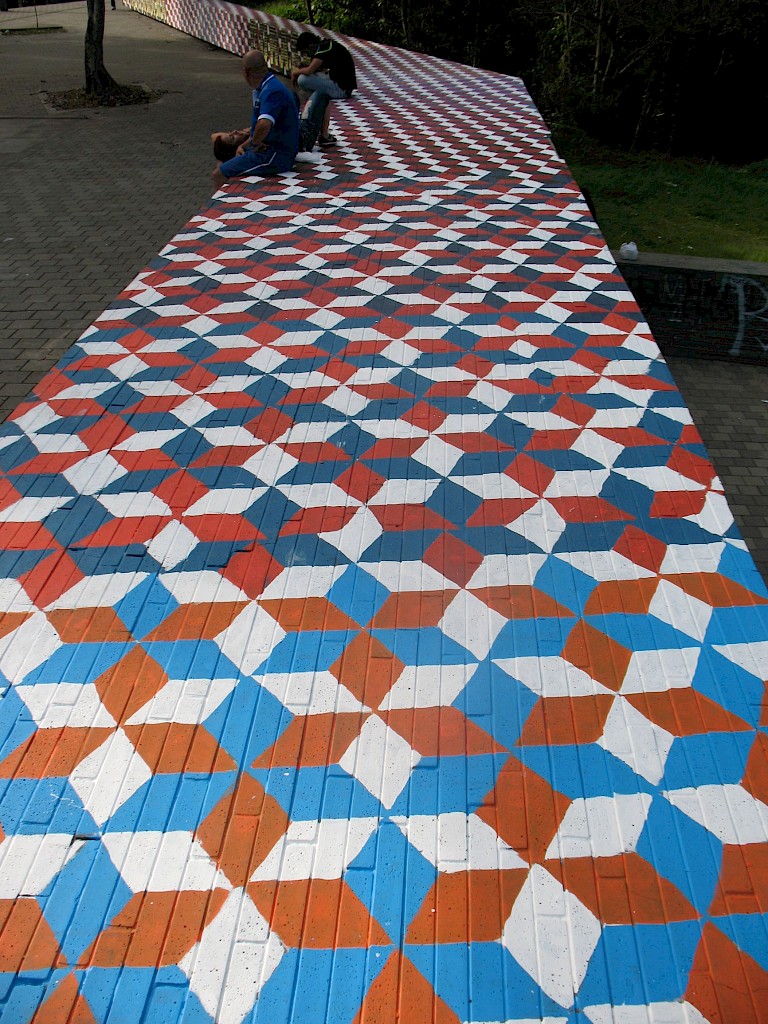 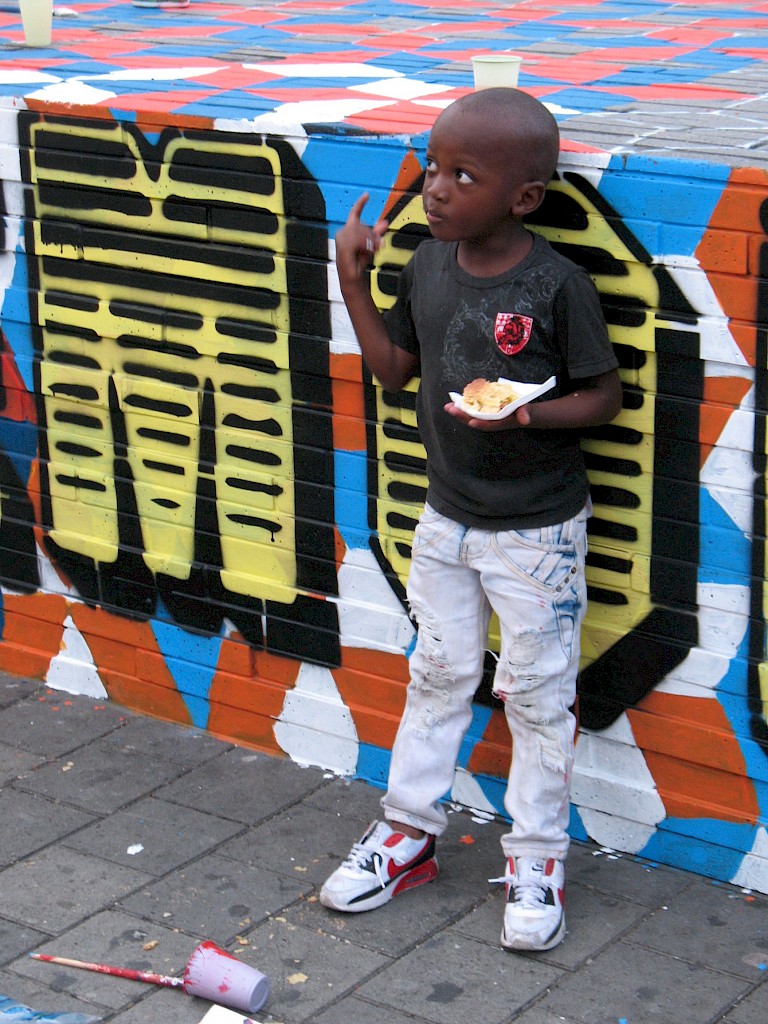 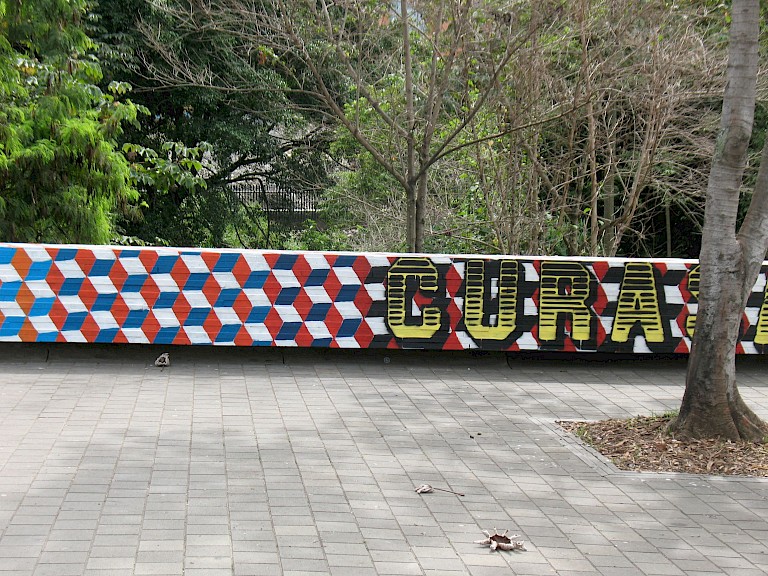 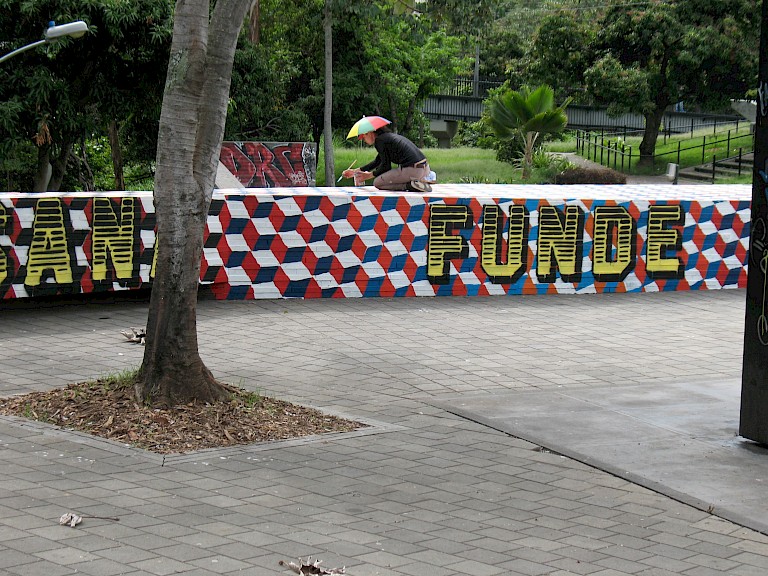