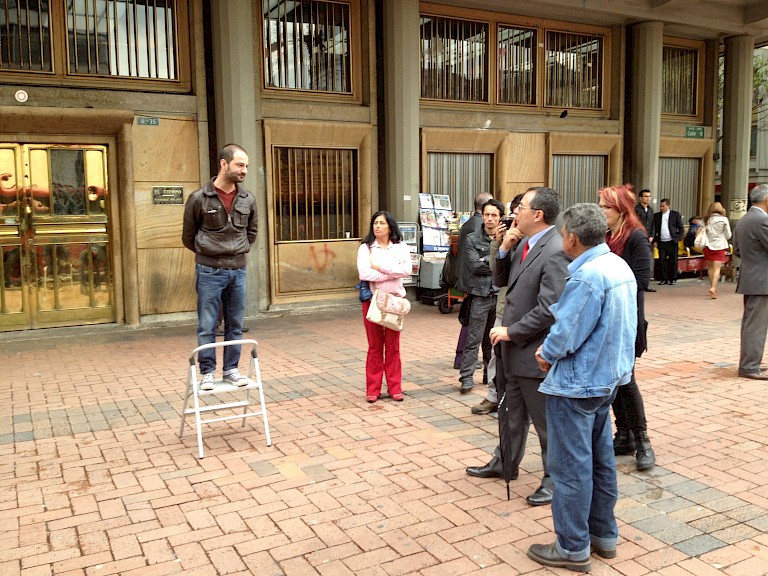 Parleys is an art project by Colombian artist Jaime Iregui, who goes to several places in Bogota (later in Medellin), to perform a series of conversations. The crossing between Jimenez Avenue and Carrera 7, in particular, has been an emblematic point in the city, it has been used as a meeting point for riots and it is a very commercial area. In a city like Bogota with 8 million inhabitants, the interaction between them becomes one of strangers and potential enemies, it is a complex stage to perform this kind of artwork. The artist places a folding chair where a performer steps on, to be at a higher level than the rest of passersby. He starts by trying to engage into conversation with pedestrians, starting a kind of public monologue about themes that concern him. The first video of the series starts by asking others and wondering himself about why in the news the time they spend talking about culture is shorter and shorter and it is now part of the entertainment section as if an art exhibition and the romance of a celebrity had similar functions in society. The monologue becomes a conversation when some passersby stop and give their opinions. These conversations are about different subjects, including the banalization of culture, discussions about beauty, mass media, advertising, the place of an artist in society, among other things. He repeats the performance with different questions getting a variety of responses that trigger even more questions. When he is done, he thanks people and receives a timid applause while folding the chair, then starts walking and then disappearing in between all the people who are doing their daily activities.

The objective in "Parlamentos" is to create debate and conversation in public spaces as a strategy to re-signify them from a place for transit full of strangers to one of encounters between different voices, the vindication of the word as a meeting site, staging and reflecting upon things that are not part of daily life but that affect the way we humans interact with the world. Questions such as: Are tv commercials a form of art? Why museums are not for the masses? Is beauty important for art? Even some of the questions play with prediction, is it possible that when someone in about 100 years watches a perfume commercial will think that was the way artists of that century expressed themselves? The performance uses words to capture other voices within public spaces, it is some sort of pedagogical act as well as an act of resistance, asking questions that usually concern only the art world and opening them to everybody.

This piece was funded partially with the support of Research and creation committee of the Arts and humanities department at University of Andes in Bogota. 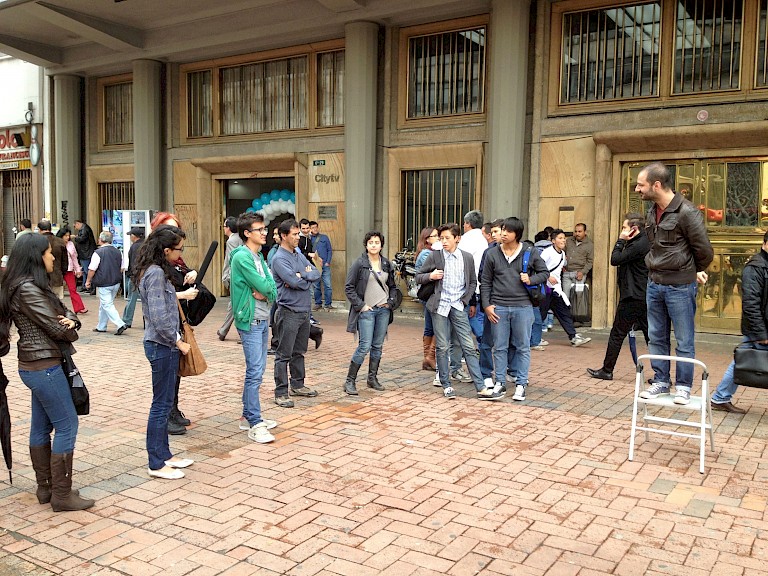 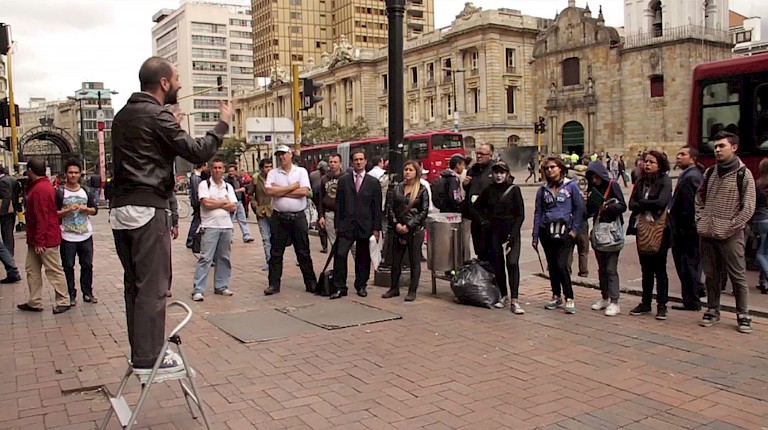 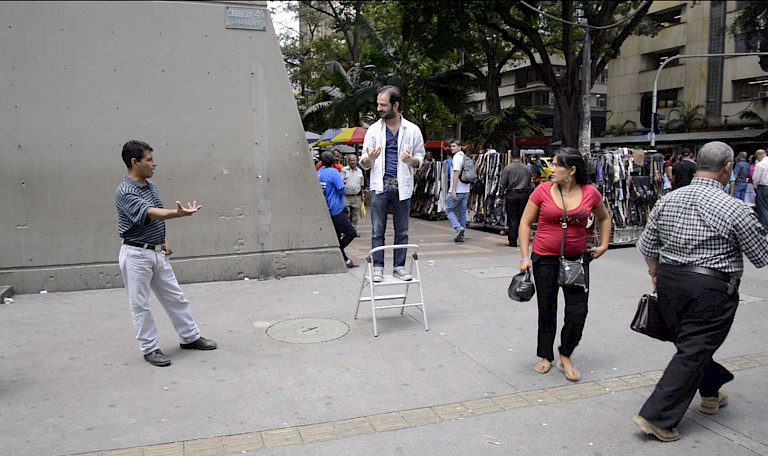 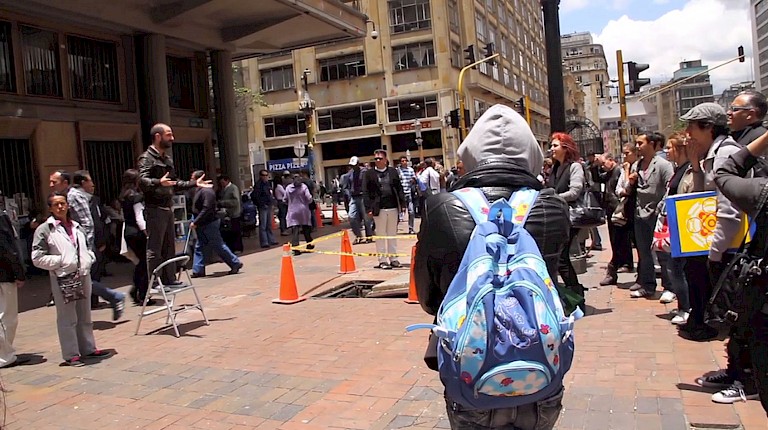