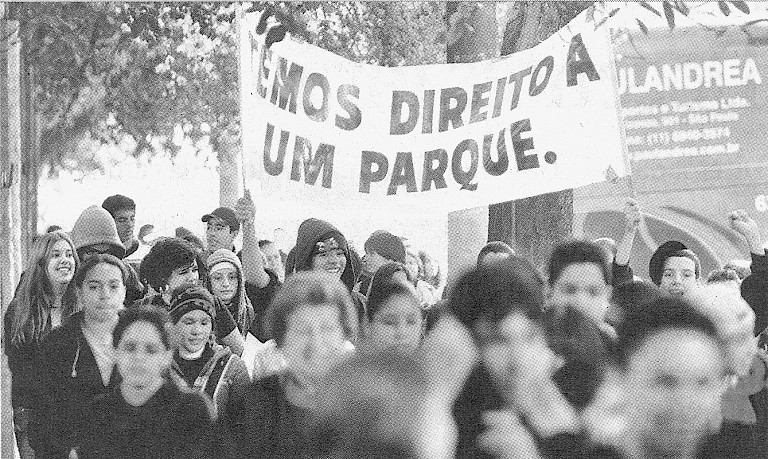 Grupo Contrafilé developed this project in collaboration with several organizations and artists. It is a piece of land, in the middle of a neighborhood, where some high voltage cables were placed by an electrical company in Sao Paulo, Brazil. After tearing down some houses, the space became some sort of archeological site and revived an old community dream of building a park for their children and the rest of them. Using materials such as parts of houses, objects and stories, they reinterpret these inputs to build a place to be together, to play, to appropriate their territory again. During construction spaces for dialogue between artists, collectives and the community started to happen, and they were a possibility to understand the process and to be conscious of the vindication of that space.

What interests me the most about this project is the multiple layers of complexity and social opportunities it brings to the community. One layer can be the use of land, of the space that can be called “public” while it really is a ruin full of debris, unoccupied and depersonalized. The second layer could be about the conjunction of the will of so many people, that individually contribute to the collective and influence a territorial construction as well as some identity with this place. A third layer is the use of memory strategies and “intimate landscapes” to activate the construction of a collective visuality, possible uses of the space, restoring of the personal ruins, the use of childhood memories and ancestral visuals as metaphors and the intention of building new imaginaries, individual and collective. And a four layer could be a practical function of the space as a place for enjoyment and encounter for children and between generations, it also became an urban gallery and most importantly a place to play and dialogue.

The project came about in the intersection of a previous work by Grupo Contrafilé who were working with imprisoned children and the experience of Monica Nador who works with murals in communities and who directs an informal school called Jardim Miriam Art Club (JAMAC). The community remembered and old dream of building a children’s playground. The project was funded by FUNARTE, cultural development secretariat and Ministry of Culture of Brazil, it was also funded in part by a grant from Estéticas-Artist-residencies in Puntos de Cultura. 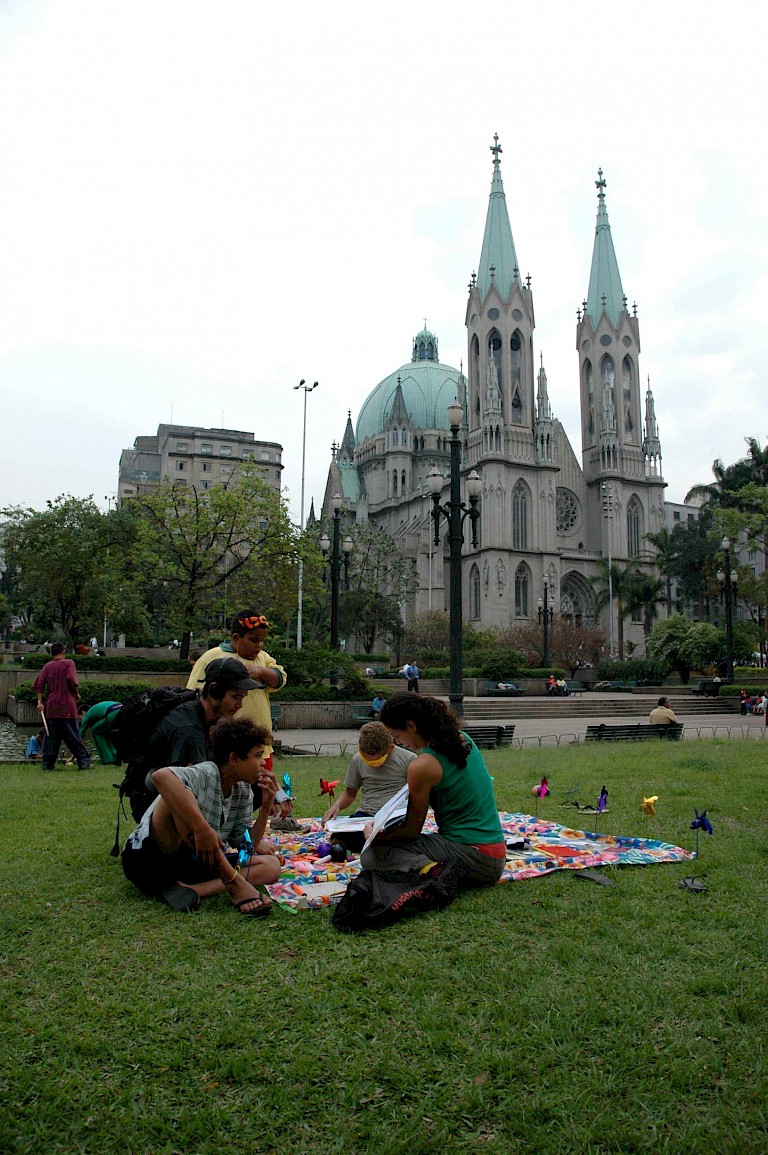 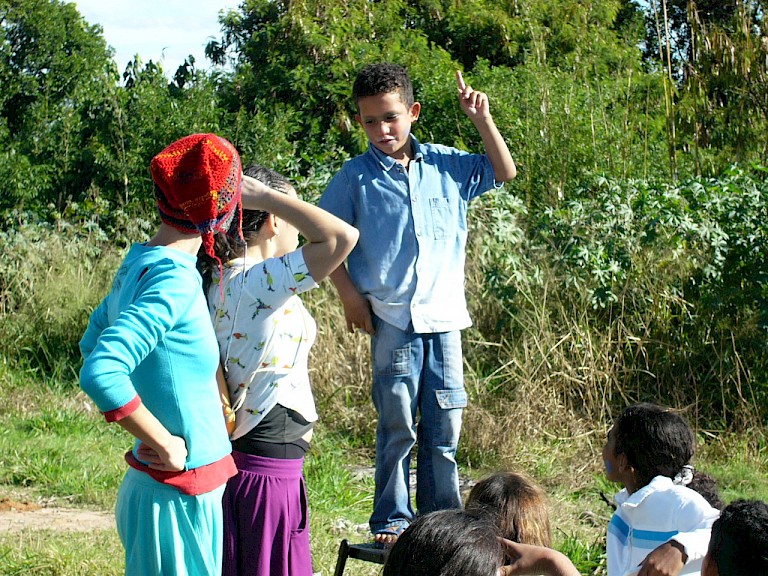 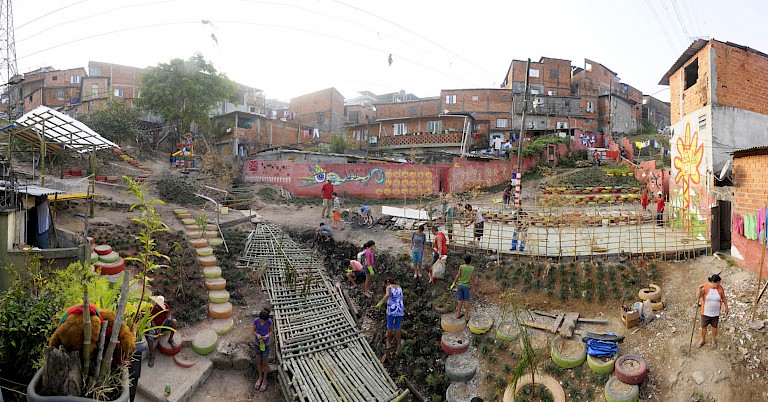 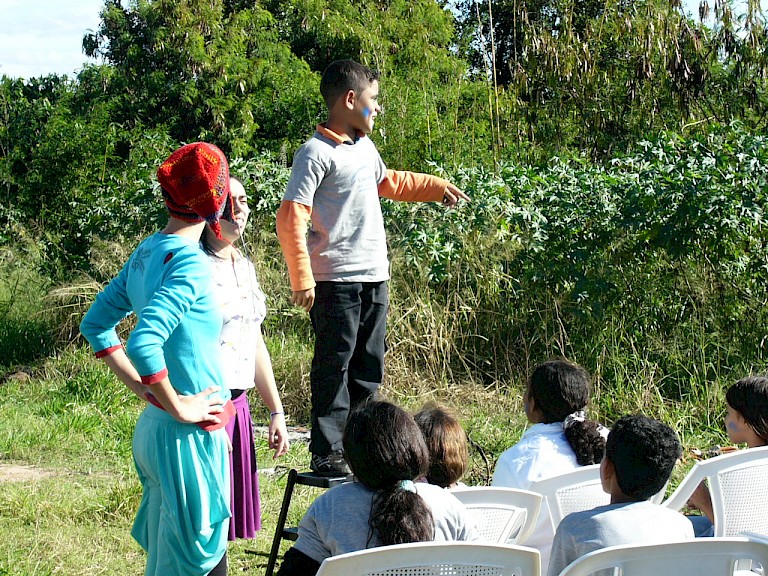