"Plant Samples-Taiwan Tea Project" is one of the art projects of the National Taiwan University's school-wide public art project "Water Flowing Heart Field". Designed by the Emperor Gate Art Education Foundation, the artist will be integrated into the campus by the artist-in-school approach, and teachers and students will be guided to reinterpret the campus environment with artistic vision and thinking. The Japanese artist Fujieda Mori from the tea trees in the experimental forest of National Taiwan University detected the value of plant potential changes. After the collected data was composed on the theme of "Plant Patterns", he invited Taiwanese performers to perform the music. Not only that, the artist incorporates his own creation, environmental communication, and teacher-student interaction as part of the work. "Interaction" and "communication" make campus public art no longer just a static work in the stereotype, using Post-Minimalism Music to reduce complexity to simplicity, transforming "tea" into an artistry And enlightenment to create public art belonging to the campus of Taiwan University. 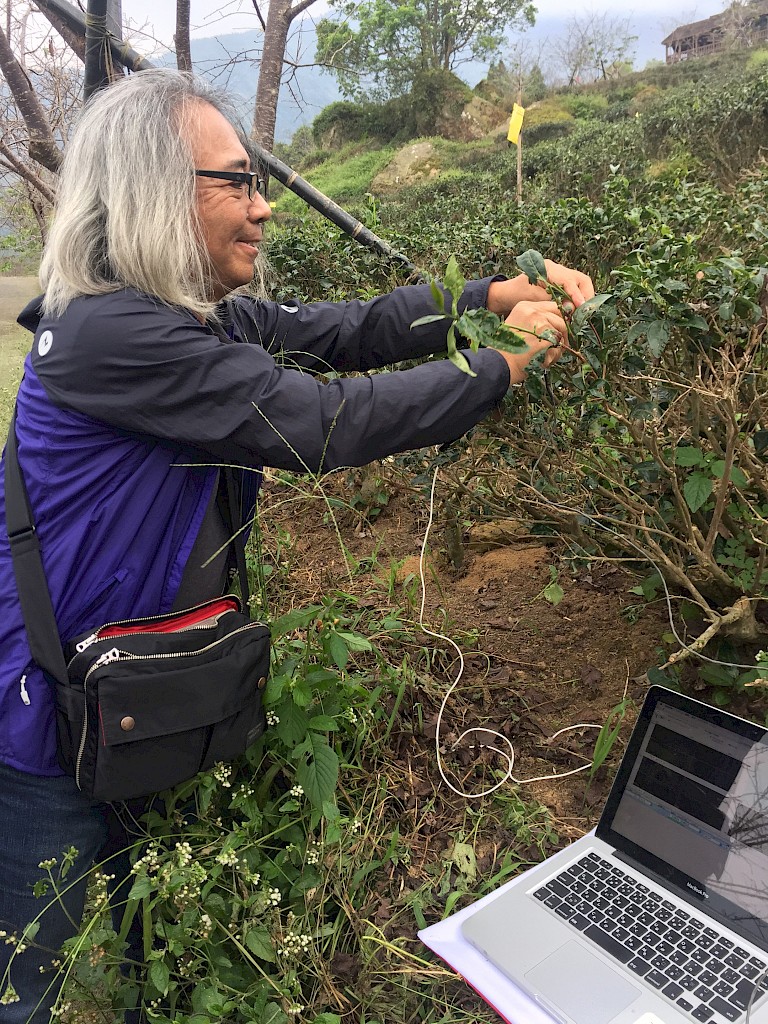 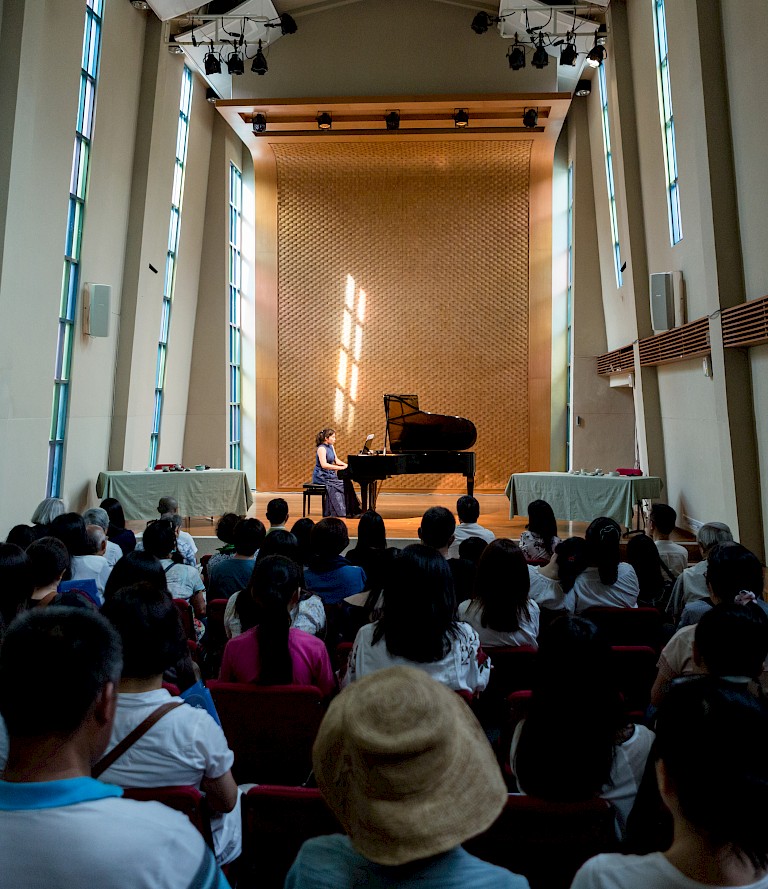 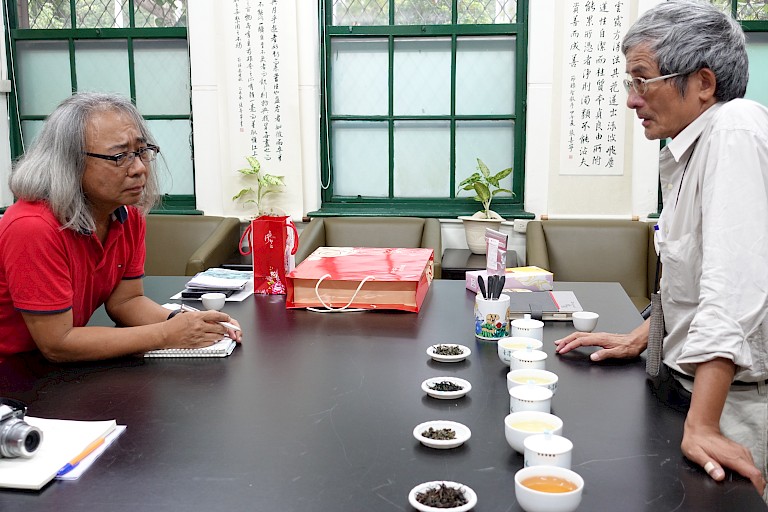 "Patterns of Plants" is a creative series developed by Japanese artist Fujieda Mori in recent years to detect changes in plant potential and convert the collected data into music after composing music. The moving melody tells the memory of plant life. Listening to these songs at the moment, it is as if you have traveled through what you saw and heard of plants. An artist who loves tea culture, Fujieda Mori, once carried out a Japanese tea project. He believes that music is like a tea culture and will develop different styles in response to customs and habits around the world. "Plant Patterns-Taiwan Tea Project" is a "plant pattern" work developed from tea trees in the Phoenix Nature Education Park, the Experimental Forest of National Taiwan University in Lugu Township, Nantou County, Taiwan.

This art project is carried out through artist-in-residence, and the location is located on the campus of Taiwan University in downtown Taipei. Even in the city center, the campus is still full of greenery. The predecessor of this university was established during the Japanese occupation and has a deep relationship with Japan. Mr. Fujieda Mori, an artist from Japan, said that he is also in the field of university education and research. When implementing this art project, he observed that compared with the academic environment in Japan, Taiwan University’s attempts and openness to cross-field cooperation in art made him feel There are more possibilities. Through the active involvement of artists in the academic environment, various fields that are different from each other can be connected to each other. In the "Plant Patterns-Taiwan Tea Project", the role of tea in communication is refocused by converting "tea" into music. Coupled with the exchanges with the students of the National Taiwan University Tea Art Club, this art project has become an experience that transcends generations and cultures.

The artist hopes to show the relationship between tea and music in different cultures through composing creations extracted from the numerical transformation of tea trees, and to transform and preserve these natural sounds from other places, so that people everywhere can experience it. Its environment. The final piece of music is interpreted by the piano and guzheng, two classical instruments of Eastern and Western cultures, and becomes a natural music exclusively for National Taiwan University. "Plant Samples-Taiwan Tea Project" integrates science and technology and biology, composition and performance, music and audiences, and also opens the way for people to listen to plants. Mr. Fujieda Mori also mentioned that this art project will be an opportunity, and he is also committed to making this "Plant Patterns-Taiwan Tea Project" come true in Japan. Through the new combination of "tea" and "music" and other art projects, cultural exchanges between Taiwan and Japan can be further developed. I look forward to using tea as a medium to let more people discover the diversity of artistic expression.

Fujieda Mori is a contemporary Japanese composer who teaches at Kyushu University. He believes that music creation is the best way to show the natural appearance, and he has been devoted to researching various structural composition methods for many years, so that the "parasitic" methods in classical music can be used in the composition of new structures. For the past two decades, Fujieda has devoted himself to the creation of the "Plant Patterns" series, which transforms the potential changes of plants into music. Through performance, he combines technology and biology, composition and performance, music and audiences, and at the same time, opens up the listening to plants path.