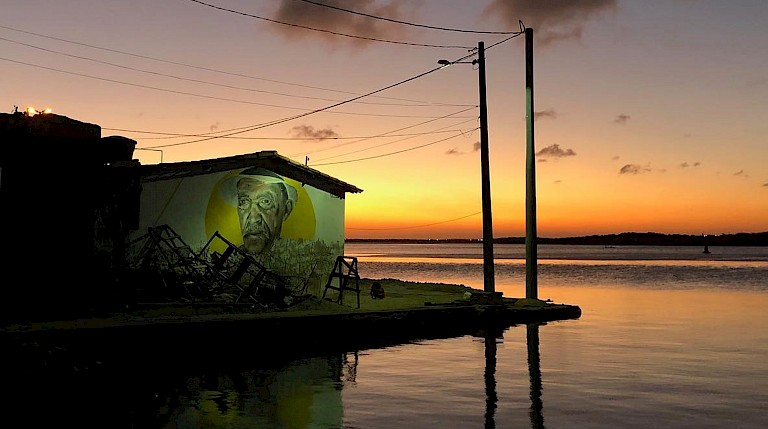 Pixo is a French-Brazilian association based in Paris that works to promote the social dimension of urban art. Through actions developed in a contextual way and consultation with local actors, Pixo wants to offer everyone the possibility to contribute directly or indirectly to the city’s social, cultural, and urban development.

In this way, Pixo intends to promote meeting times to facilitate exchanges between artists, audiences, social actors and experts in the art world to develop their skills around art and the social and foster the sharing of knowledge and skills and interpersonal skills.

Pixo Association created the INarteurbana project, a multidisciplinary and socio-cultural project, which aims to contribute to the reactivation of public spaces through the creation of artistic and social spaces in disadvantaged neighborhoods in Brazil. With regular actions, INarteurbana was installed in Natal, in the Passo da Patria community.

The project INarteurbana is a sociocultural and transdisciplinary proposal that aims to promote, acquire and improve the know-how and interpersonal relationship of each one for the benefit of the collective. Through urban practices, the project proposes to unite populations of neighborhoods willing to build and develop activities and actions that promote meetings that aim to integrate young people in territorial development projects, multiply the moments of meeting and territorial conviviality, promote artistic education and citizenship among the inhabitants.

The squares are intended to be even more constructive and eco-responsible spaces, which after the construction of the project are managed by the residents themselves, who will cultivate the vegetable gardens and decide on the mini-amphitheater schedule.

Today, INarteurbana is part of the daily life of the Passo da Pátria neighborhood and blending in with the urban landscape. INarteurbana has touched, directly and indirectly, more than 80,000 people - inhabitants, passersby, students, cultural and social agents, but also artists - since its creation and affirms, year after year, its role as a sociocultural and transdisciplinary space activating project public.

There are more artistic actions: several workshops around the plastic and living arts such as graffiti, painting, collage, drawing, theater, circus, and clown, workshops on the construction and development of artistic and social spaces. As well as exhibitions, frescoes, graffiti, meetings and many other activities.

The project involves, in addition to artistic activities, the supplementation of local needs that the government did not deal with. Like the construction of the eco-friendly mini-amphitheater made entirely of bamboo and a technique for erecting small buildings from polypropylene bags filled with clayey soil and molded according to what you want. The realization of this space was articulated in partnership with the residents of the region, who are also involved in the revitalization and creation of squares in the region with the installation of a community garden, social benches and construction of toys that provide local recreation and leisure. 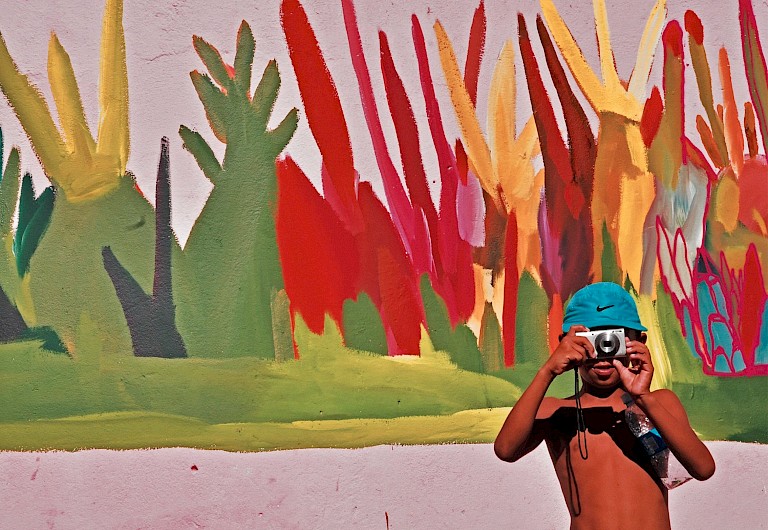 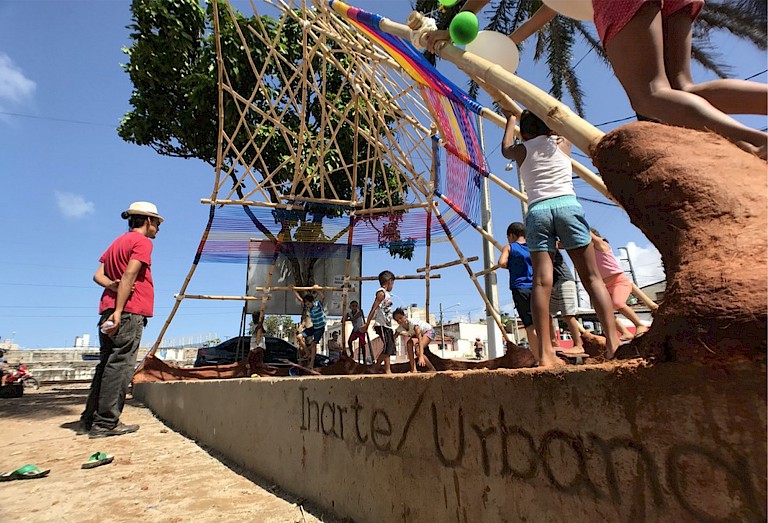 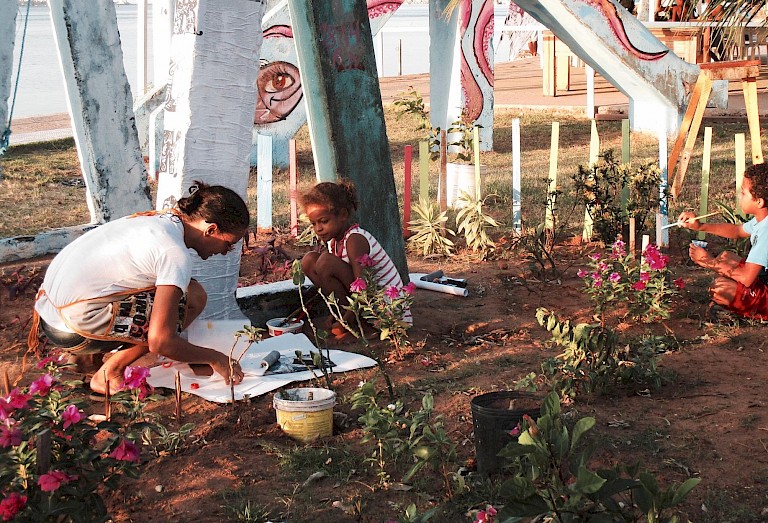 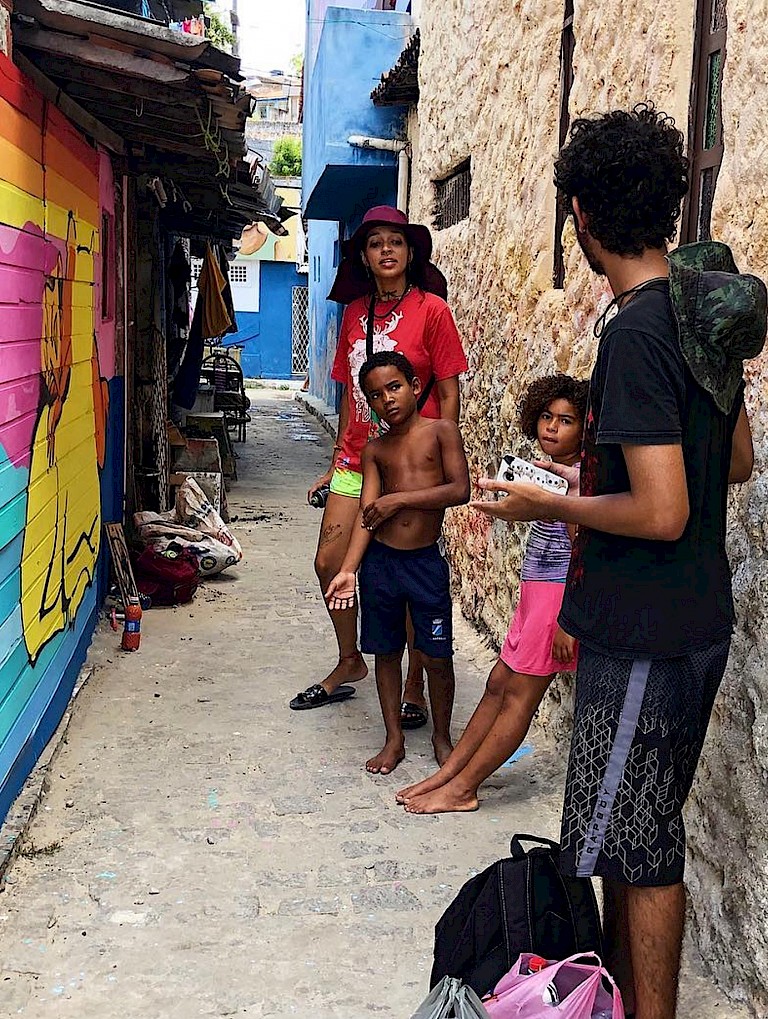 Since its creation, INarteurbana has contributed directly and in the long term to the cultural and artistic education of needy young people, as well as to their social inclusion and that of their families. Considering that the project does not necessarily focus on the work of art, but on the use of art to reach other political and social issues, we can consider that the proposal is inserted in the idea of cultural activism or even artivism.

Immediately, cultural activism tends to approach anti-art, by eliminating the artistic object in favor of social intervention inspired by aesthetics and by disregarding contemplation for the benefit of community involvement. In this doing, the subjects
they produce concepts or practices, based on a keen critical awareness carried by the individual artist or a collective.

Artivism is distinguished by the use of collaborative methods of carrying out the work and disseminating the results obtained. In this way, direct participation is characteristic of this type of political art, configuring situations that range from the critical artist to the engaged or militant. The INarteurbana project is located within a social relationship, that is, it engenders a relational sphere based on the desire for struggle, responsibility, or social vocation that recognizes the existence of conflicts to be faced immediately. Therefore, the recognition of the other and also the critique of the conditions that produce contemporaneity becomes fundamental in artivism. In this strong social involvement, the autonomy of art has thus been reduced and, on the other hand, the relationship between ethics and aesthetics has widened.

Therefore, it can be said that the generating nucleus of the practice is the attitude towards art and the surrounding reality. This is how attitude and social intervention are carried out as procedural activities, both in form and method. Against the object and its distribution system, the market, the process and the tactic inside it, in search of both the configuration of a language and the positive result of the action.

The project has taken place in the Passo da Pátria community since 2015. A peripheral community with high rates of drug trafficking and violence, it is recognized as a “zone of social interest” by local public institutions. With actions of readaptation and reappropriation of public space, INarteurbana has a strong impact on the daily life of the community and local territorial development.

The project contributes not only to accentuate the positive and affective image towards the population of the region but mainly to empower the inhabitants themselves in their surroundings, who with this initiative will be able to unfold other attitudes that can help in a movement of change and appropriation of the living space.

Over the years, INarteurbana has provided the necessary tools so that the inhabitants can carry out projects and collective actions and thus reactivate and/or strengthen a neighborhood dynamic. Actions aimed at children and teenagers have been, since the beginning, a great motivation for the team and residents who see in this new possibilities beyond the local reality.