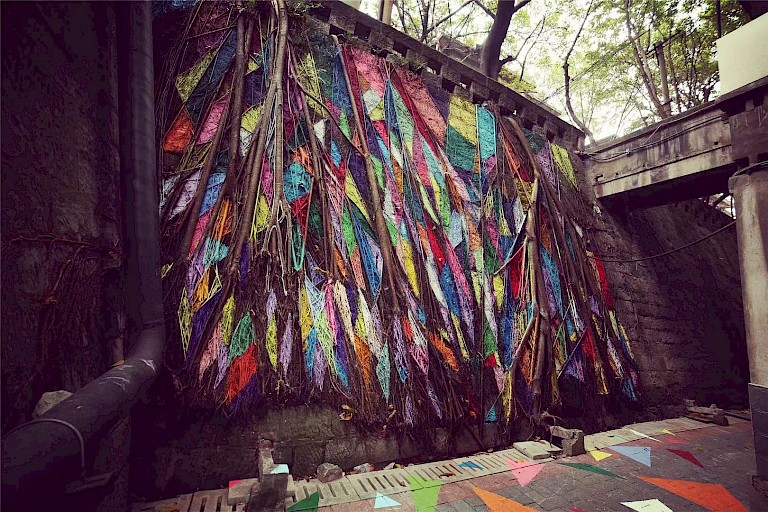 Zeng Lingxiang: Male, Doctor of Public Art of China Academy of Art, Leader, Associate Professor, Postgraduate Tutor of Public Art of Sichuan Academy of Fine Arts; Founder of "Southwest Field Creation Society", initiator of "Up and Down Yangtze River: Public Art Action Plan", Sichuan Mei The person in charge of the “Rural Revitalization and Folk Art Revitalization Featured Studio” of the Academy has held the Sichuan Academy of Fine Arts Public Art Education International Workshop for three consecutive years. Committed to the construction of community relations in public spaces and the study of artistic strategies in urban and rural regeneration. Rural Revitalization and Folk Art Revitalization Studio and Public Art Graduate Community A team led by Associate Professor/Doctor Zeng Lingxiang, the leader of the public art discipline of Sichuan Academy of Fine Arts, faces the scene of the southwestern hinterland with professional characteristics and conducts cross-border diversified practice. The team originated from the opportunity of art and social communication, based on the vision of public art, rationalized the strategy of art village construction, and traced the foundation of cultural knowledge. It focuses on practical projects such as urban and rural public art, township art festival planning, rural beautification improvement and transformation, rural local public art creation, township folklore and festival development, folk art activation and derivative development, etc. It is a cross-border integration, A community of artists, designers, or cultural and art researchers formed under the concept of multi-interaction, enjoyment of creation, and application of learning. 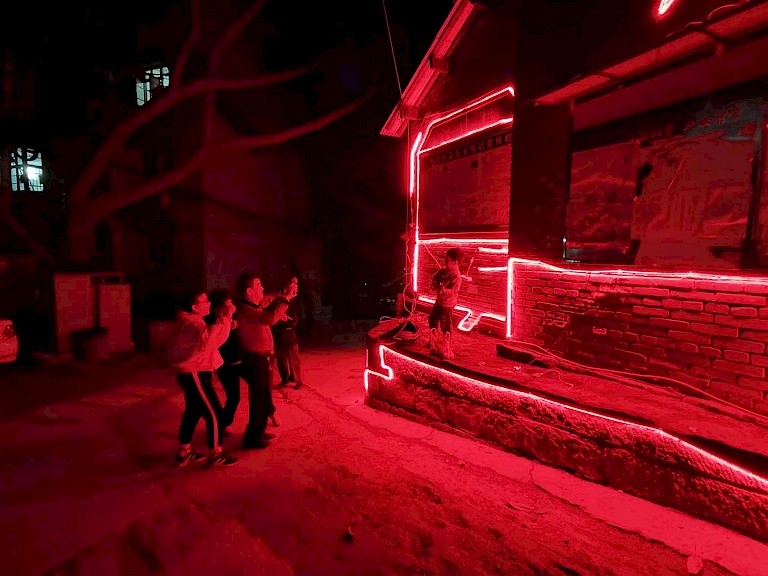 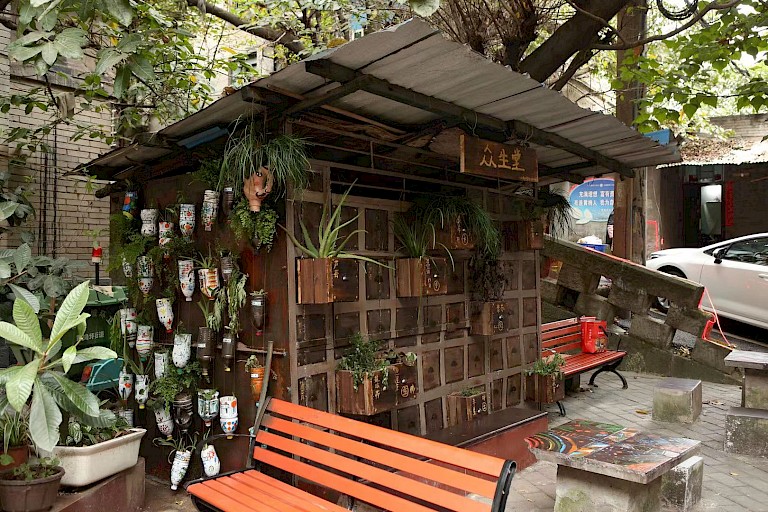 The Three Railway Village Public Art Project is sponsored by Sichuan Academy of Fine Arts, initiated by Associate Professor Zeng Lingxiang, and co-curated with Shao Lihua, curator of Shifang Art Center, and New Market Community Former secretary He Mingfeng and current secretary Deng Jie jointly curated the exhibition. Since June 2019, it has continued to develop in the form of community art in the Three Villages of the Huangjueping New Market Railway in Chongqing, China. More than 30 participating artists have produced more than 20 works. The main forms of works include sculptures, installations, light art, Painting etc. Activating and reshaping old industrial heritage communities. Chongqing is located in the hinterland of southwestern China. After the founding of the People’s Republic of China, the mission of third-line construction has enabled Chongqing to embark on a path of modernization. Later, due to the policy of retreat from two to three, a large number of factory relocations left Chongqing with a large amount of industrial heritage community space. The Three Railway Villages is one of them. It is close to Huangjueping Internet celebrity graffiti street, but no one cares here. The Chengdu-Chongqing Railway is the first railway since the establishment of New China. This community has risen and fallen because of the railway, but the iron generation is in Stay here, guard this homeland with their common memory.

In 2019, the art season was launched with the theme of "the container of memory, the community of art", focusing on the old, old, miscellaneous, and leisure of the railway community. It is divided into local art creation exhibitions, community folk art·aesthetic education workshops, and railway communities Tea party and railway community video screening will be four major sections; local creation is used to beautify the community space environment. The entire exhibition hall uses the lighting installation "National Day Road" as the guiding clue, and the community U line structure is used as an independent exhibition area to present installations. Works such as "Family Album", "Microscopic Railway Years", "Memory Stitching" and other works carry the collective memory of the railway community. The work "Delineation" uses the form of painting to outline the lines of the old house, and everyday objects and daily life are inadvertently paid attention to.

"A Hundred Schools Recalling Color" truly realizes a symbiotic dialogue between art and residents. Artists collect old cloths from residents' homes and residents work together to sew a hundred clothes for the big trees in the three railway villages. Public art is rooted in the public and grows in the public. The video screening is a movie with residents of the three railway villages as the protagonists. The artist collects fragments of the residents' daily life in the three villages, and transforms them into presentations with artistic techniques, realizing the residents' subjectivity and participation, and reshaping their own value. Community Folk Art•Aesthetic Education Workshop activities bring folk art into the community, transform the art of seal cutting with community historical stories, cultivate residents' aesthetic appeal, and re-display the history and culture of the community.

In 2020, we will continue to deepen on the basis of the first session, with the theme of "Ecology for Everyone • Public for All", recruit young artists from colleges and universities, and carry out local creations. The second session was improved on the basis of the first session, through the 1+1 co-creation model to enhance residents' participation, and at the same time went deeper into the community to improve problems. For example, the work "Corridor Art Museum" pays attention to the harmonious relationship between neighbors. It uses residents' waste for artistic re-creation. The corridor becomes an exhibition hall, the function of the daily leftover space has been expanded, and the communication between neighbors has increased. During the two art seasons, we continued to explore the ways in which art can intervene in the community, trace the historical and cultural context of the community, realize the emotional integration of the community, activate the original space of the community, and demonstrate the humanistic spirit of the community; at the same time, let the art directly face the social scene, and the art works can be integrated into the space. Continue to grow.