On evening of the 30th November Remembrance Festival started with two walks. The audience meet in the parking of the Grand Parade in front of the City Hall. Two groups left just after 10pm in the evening. One group was led by Lucelle Campbell, with no official permit from the city, she took the audience on of a guided tour of the District Six, with a band of musicians, the Nag Troppe and Kapse Klopse breaking into song spontaneously when they had a response to the route or a specific site. Following the route historically taken to commemorate the time “associated with the announcement of emancipation, which was celebrated by the enslaved people of the Cape on 1 December 1834”. Walking from the Cape Castle, through the Parade and Greenmarket Square to the Slave lodge, Lucelle shared forgotten stories of the area including; specific sites, buildings that were no longer visible, narratives of families that now lived thirty kilometres, the personal stories of the forced removals and the joy that still shaped that time. The Slave lodge was built in 1679 by Dutch East India Company and between 1697 and 1811 it housed over 9000 slaves, convicts and the metal ill. The performers and musicians on the route were Ferdi Van Tura, Adrian van Wyk, Allison Hoskins, Croc E Moses, Danny Rimestein, Dani Swai and Pieter Odendaal.The group watched a set of performance before moving to St Georges Cathedral’s Labyrinth were a series of performances by Collin Meyer, Diana Ferrus, Gender Equity (UWC), Glen Arendse, Jade Gibson and Winslow Schalkwyk took place. St Georges Cathedral is the oldest cathedral, built in 1834, it is also known as “People’s Cathedral” for its role in the resistance against apartheid.

Before the walk took place there were two events that ran concurrently at the District Six Museum and the Homecoming Centre. The Homecoming Centre hosted the cabaret and drag artist Peter Treurnicht ‘Roxy’ performed at the launch of a Mustapha Hendricks film – ‘Roxy dragged Peter to the show’. At the Museum, Jitsvinger (Quintin Goliath), a Cape Afrikaans vernacular hip hop artist, who MC’s in Afrikaans and a ‘Kaaps’ expression performed for the audience who chose to come directly to the museum.

On the second day ‘tafels’ were set up in the Homecoming Centre. ‘Tafels’, in the Tweede Nuwe Jaar (The second new year) is a space where tables are laid out for Klopse teams to eat. In the context of the Festival the ‘tafels’ were used as device to bring together the audience and the various performers in day of exchange and knowledge production. The day was centred around various cultural activities, such as workshops that focused on kite and lamp making, storytelling, bow demonstration and performance poetry, and sharing of traditional food. Performances on the day were by Emile Jansen and the ‘Mixed Mense’ crew.

The Remembrance Festival is an excellent example of how a festival through a strong methodological approach can on both a conceptual and experiential level, illustrate the complex history is a fractured neighbourhood and dispersed community. The historical cultural practices of the former community District Six have been carefully integrated the way the District Six Museum frames and presents the narrative of the forced removal and the impact it had on the former residents.

To this end used the Kaps Klops a central idea in the conceptualisation of the festival. The Klops who would traditional practices on the periphery of the city in their ‘kamers’ (rehearsal rooms) and would then come into the city for the Tweede Nuwe Jaar (second new year, 3 January) and take over part of the city and perform in a parade. Informed in part how participants were selected and how the festival was structured.

Memory is performed every day and in different ways within the space of the Museum. Ex-resident storytellers, both scheduled and spontaneous; nostalgic trips down memory lane through music and singing; the various ways of memory mapping and oral history interviews – these are some of the main performative pathways that form part of the Museum’s day.
District Six Website

With these two elements, the festival was collectively generated through bringing together a younger generation artists and cultural producers, who were exploring themes related to the history of District Six, outside of the more pervasive narrative of forced removal. This process was carefully considered and brought together youth of the now dispersed community together. Some of the culture produces and performers like Jitsvinger and Mustapha Hendricks came through the museum’s Expressive Arts research project, which “forms part of the District Six Museum’s ongoing memory work aimed at reconstructing the past by using oral histories as an entry point.”

The other strength of project was the use of performance of various scale to map past and more recent histories to the historical site. The festival was both an act of remembering and claim back the area through the insertion of newer set of narratives into second wave of change in the area brought about by gentrification. The public performances of these narratives were also about having witnesses and the younger and older generation collectively take ownership of this history and the shifting spaces shift spaces they are located in.

The nomination of festival is based on the methodological approach that the museum takes to place making. With oral history as the base, the museum actively encourages the collection and performance of personal narrative in its on space and through a vast public programme. Placemaking in the Remembrance Festival is both an individual and collective process but is seen a necessary means to inscribe intangible heritage alongside tangible heritage of a historical district in flux.

The Remembrance Festival was developed out of the District Six Museum positioning of Cape Town as a divided city. With the legacy of slavery, colonialism, segregation and apartheid still visible in the city through street, routes, avenues and open tracts of lands that people move through daily. These sites have an emotional resonance which with current wave of urban renewal and gentrification underway in Cape Town have been under threat as development attempts to erase these visible markers and insert another of trauma as new evictions start and neighbourhood demographics shift. The festival was conceived to coincide with a celebration of the emancipation of slaves in Cape Town on the 1st December and keep these various sites in the collective memory of people.

The District Six Museum, is situated in District Six, a site of forced removals since from 1901 where Black South African were displaces for mixed community of merchants, freed slaves, immigrants, artisans and labours. On 11th February 1966 the area was declared white under the Group Area Act of 1950. 60 000 people were forcibly removed by 1982, their home raised to ground once they had been relocated to the Cape Flats. The museum as established in 1994 to work with memories of the former residents of the area, their experiences of the city past and present, and the history of forced removals. The Museum is currently set in two building; the museum with a permanent exhibition and the Homecoming Centre, which functions as events and workshop space.

The Remembrance Festival was initially conceived an annual festival for artist of colour who were interested in the in work on the two-day festival, which through performance, guided walk would celebration the emancipation of the slave and symbolically claim back parts of the city.

Artists were selected from a series of information workshops and from the programmes that the museum was running at the time. The artists had to have an interest in Community Engagement, Transferring of skills, Spatial engagement and Collaboration. There was a no budget available, so the museum used its internal resource to make the project possible. Artist were offered the Homecoming Centre as a free space as a venue to conduct workshops In-lieu of artist fees. 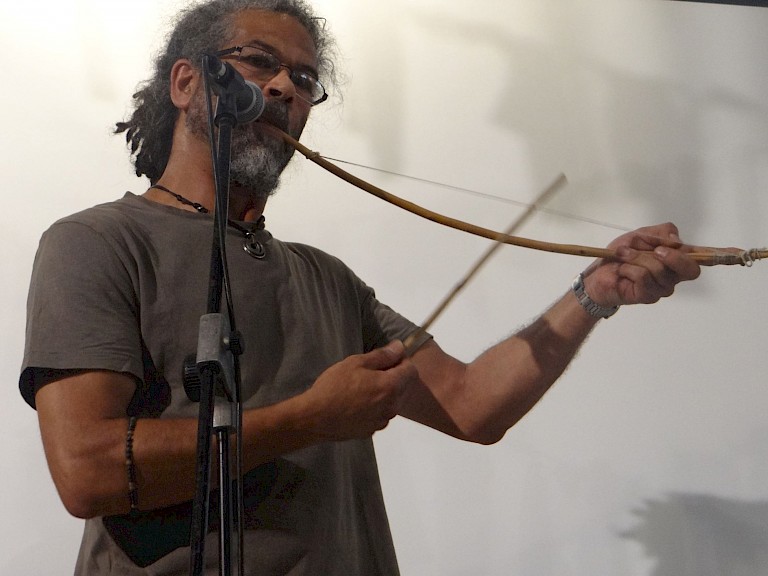