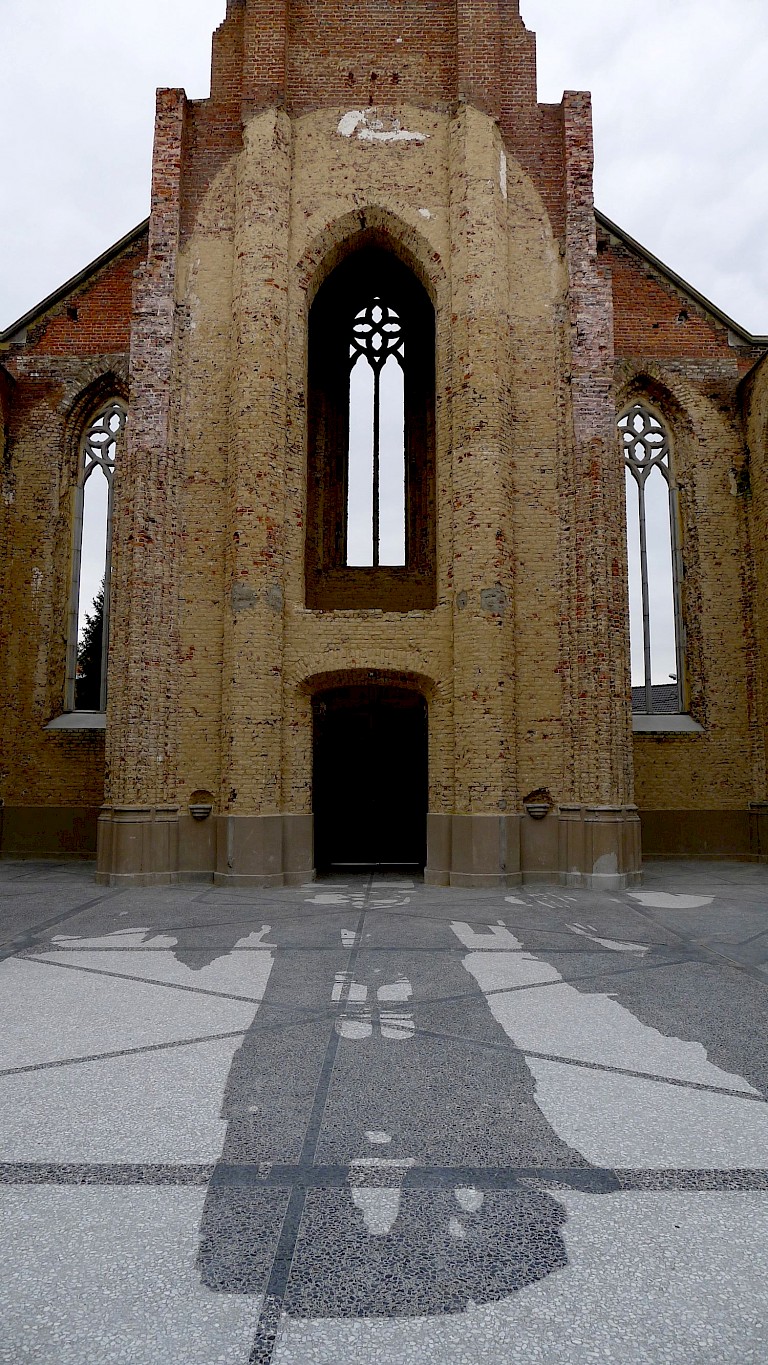 Bossuit is a small village with about 600 inhabitants comprised in the Municipality of Avelgem, located in the Belgian province of West Flanders. Here is the Church of St Amelberga, which dates to 1857. Due to a lack of attendance and a lack of funds for its upkeep, the Municipality decided that it could no longer afford to maintain the church in Bossuit, subsequently in 2008 it shuttered the church by turning it into a ruin, removing the roof and furnishings, and leaving only the outer walls.

As the artist explains, “declining the church attendance meant that it was no longer practical to pay for the upkeep of the church of St. Amelberga. The mayor, Lieven Vantieghem, first thought of simply tearing down the church, but subsequently decided to see if he could find a more interesting solution”.

Later, the Vlaams Bouwmeester Team was asked by the Bossuit mayor to collaborate with the Municipality in order to find an artist for intervening on the remains of the church. Flemish National Architect then asked about 8 artists to travel to Bossuit to look at the church and to develop proposals. Among them was Ellen Harvey, a British-born artist living and working in Brooklyn, author of the well-known The New York Beautification Project, producedby painting illegally small old-fashioned landscapes executed in oil on graffiti sites throughout the city (1999-2001) marking a distinction between art and graffiti.

After a long process of selection, in 2012 the Municipality of Avelgem approached Ellen Harvey to come up with a revised proposal as the earlier project was too expensive, she then proposed Repeat and completed it in 2013.

The artist didn't choose to turn the ruins into something else, but she decided to recall the history of the building by “replicating” it, as the title declares, by using the material and the architecture of the church, as to say that future regenerations of place need to restart from the remains of the previous one. That's why the new terrazzo floor shows both the elements that were removed during the demolition and at the same time the shadow of the ruins of the previous church.

Designed in collaboration with the Vlaams Bouwmeester Team (Flemish National Architect) who suggested to invite Ellen Harvey, Repeat is an installation made by the materials of the partially demolished church, which have been used for designing the new terrazzo floor, creating an artwork of 34.2 meters length, 16.4 meters width and 20 meters height.

The terrazzo floor created by the artist and fabricated under the artist's supervision, reports the shadows and traces the former positions of the columns and other architectural original elements, creating a timeless and open public space, that the community today can use as shared space in different ways, from ceremonies to meeting points.

“It was important to honour the past of the church”, the artist states, “its destruction in World War I, its reconstruction by a popular subscription in 1920, the many weddings, funerals, baptisms that had taken place there. It was also important to respect the wishes of the villagers, expressed in the Village Definition Project survey for more communal space and for more green space”.

As the artist explains, ''a church has many functions in a village to serve as an architectural focal point for the village; to provide for a quiet contemplative and spiritual retreat for villagers; to serve as a communal ritual space for significant personal and social moments; to create a sense of community. The loss of a church, even one that is sparsely attended, is a significant loss to a community, especially one like Bossuit that lacks an alternative central communal space''. That’s why, even though St. Amelbergaʼs Church didn’t seem to be architecturally remarkable, the artist felt strongly the need for ''replacing'' some of the churchʼs original functions instead of simply demolish it.

In the same way, the verticality of the church worked as a site marker for the small community of Bossuit, which otherwise appeared to be no more than a group of houses along the road: it was therefore important to retain through the artistic intervention the vertical tower of the church.

Moreover, the church is surrounded by a graveyard which is still in use, a presence that the artist chose to underline by conceiving the installation for creating a spiritual, contemplative place. Additionally, the artist has been able to improve her project by taking into consideration the lack of funds for upkeeping the artwork and to design an art intervention which will be fairly stable over time and require minimal maintenance.

The installation by Ellen Harvey gave an important contribution to the development of the local tourism and for rethinking the recreational function of the Bossuit- Kortrijk canal, providing a cultural destination for visitors.

The project responded to the need for the creation of a public space in the village, and at the same time for the reproduction of the social functions of the church, by adding another cultural layer to its historical and symbolical stratification, which actually was purposely born with the aim to vivify the social-cultural values of the ancient church destroyed during WWI. Nowadays, the installation has reconnected the ancient and the future dimensions of the place, it has renovated the sense of the presence of the church for the community, which is not considered as “superfluous” anymore.

The mayor of the city established the free access for visitors to the new art place, which has been enthusiastically welcomed and embraced by local community, which, in 2014, on the occasion of an artist's exhibition at the Groeninge Museum in Bruges, chartered a bus and presented enthusiastically to the public the project realized by the artist for ''their'' church.

Later, the terrace created by the installation has been used by the citizens for organizing concerts, light shows, fairs and parties. Finally, thanks to the visitor numbers to the installation increasing, making of Bossuit a popular tourist destination, the mayor decided to build a park around the church and to support plans to provide restroom facilities and a cafe for visitors. 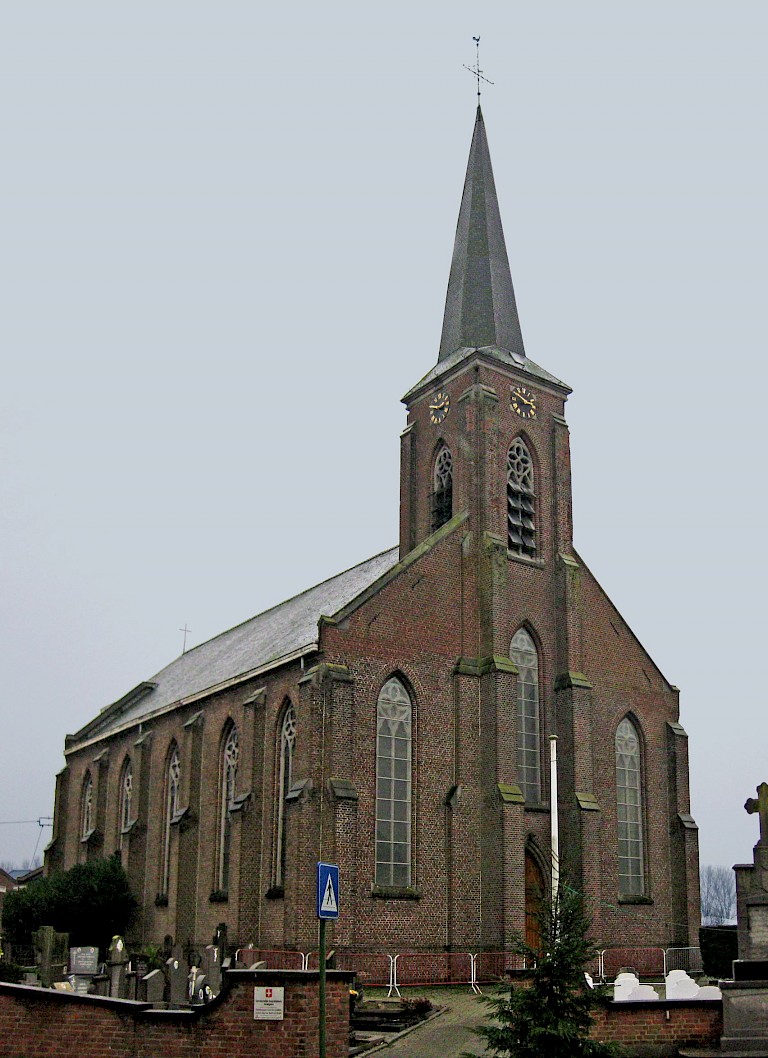 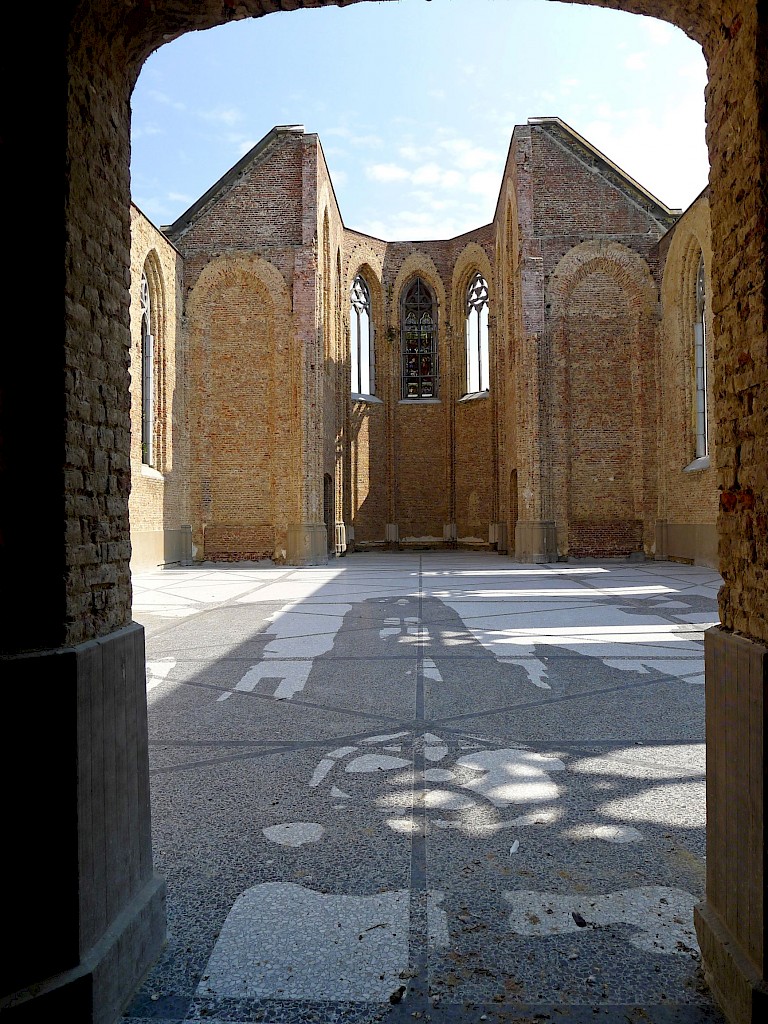 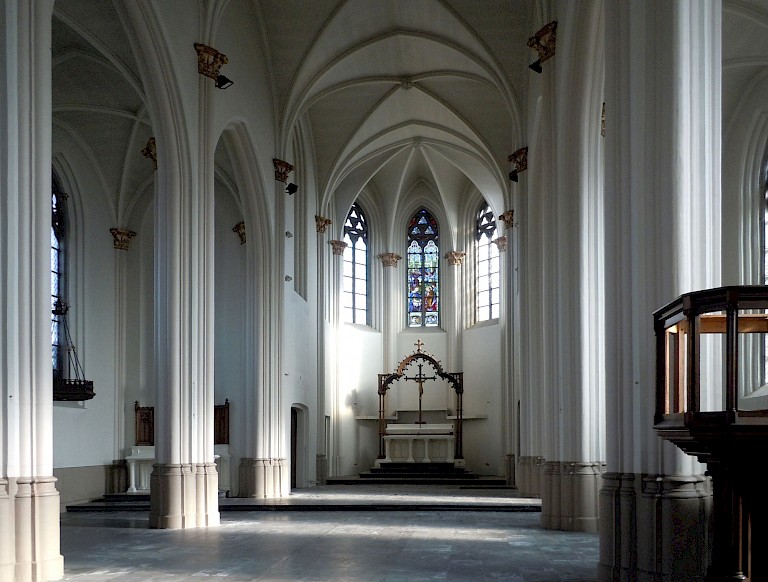 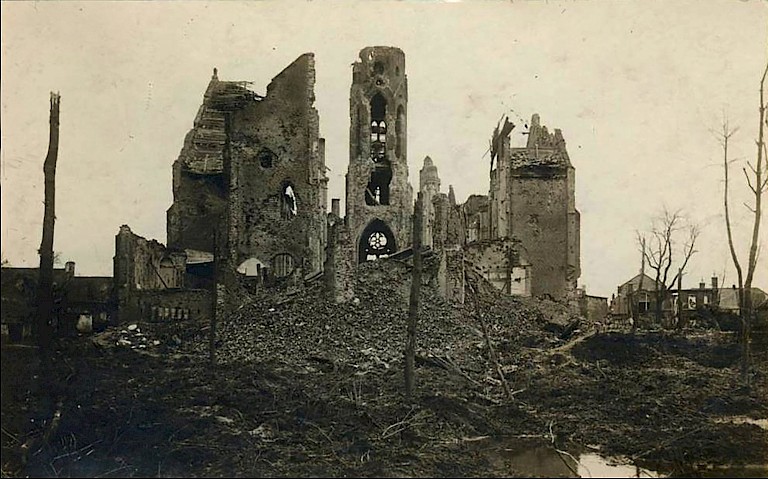 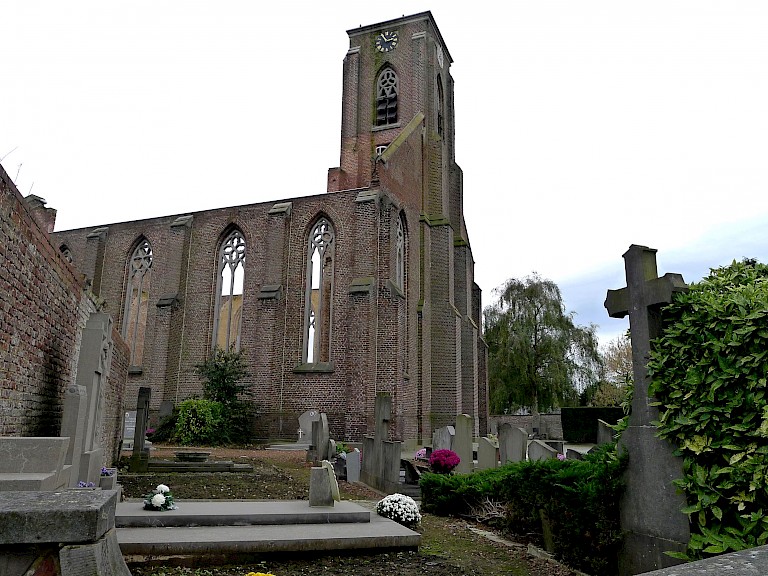 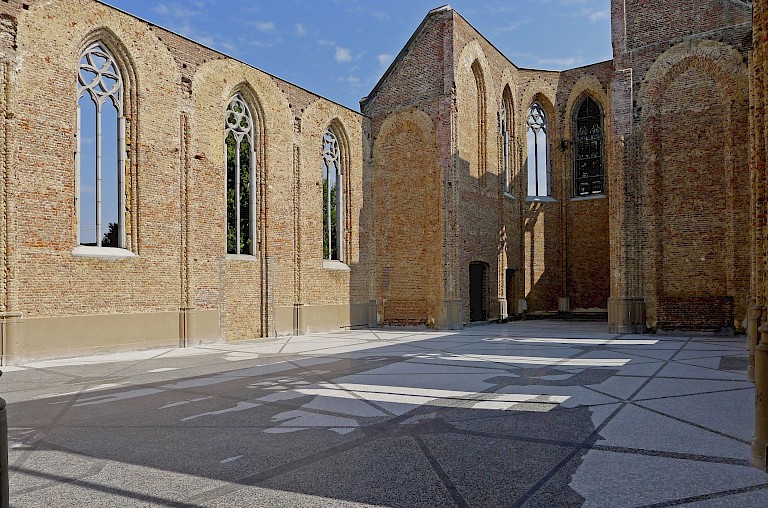 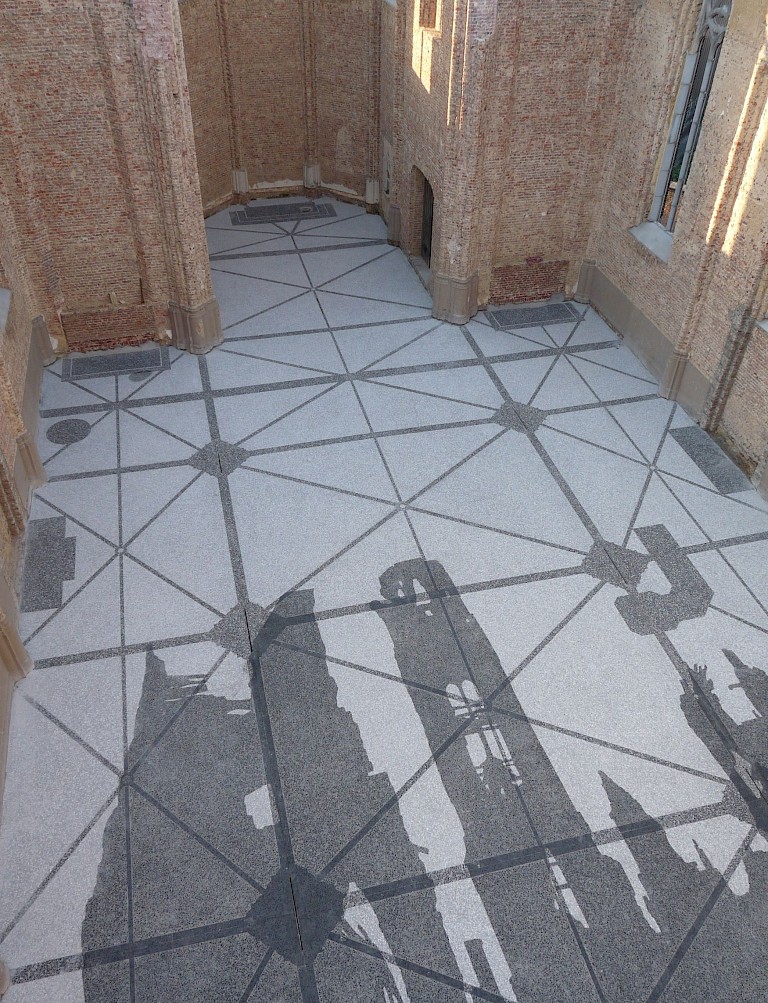 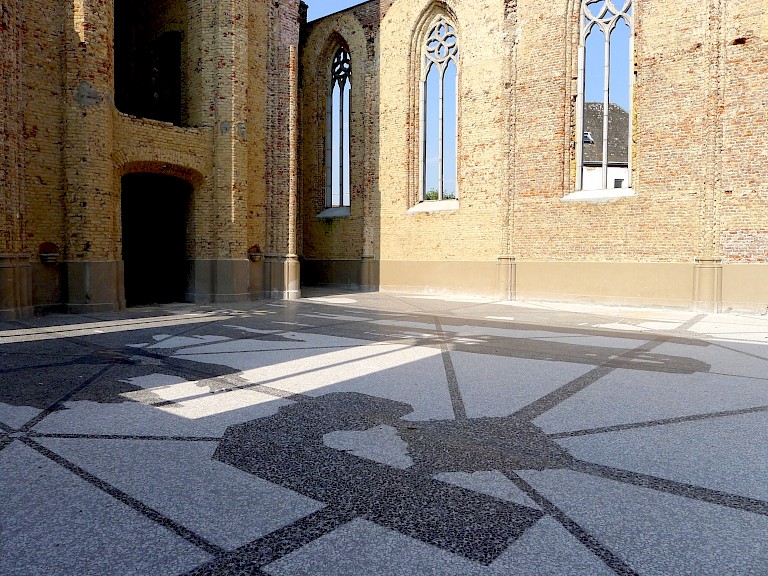