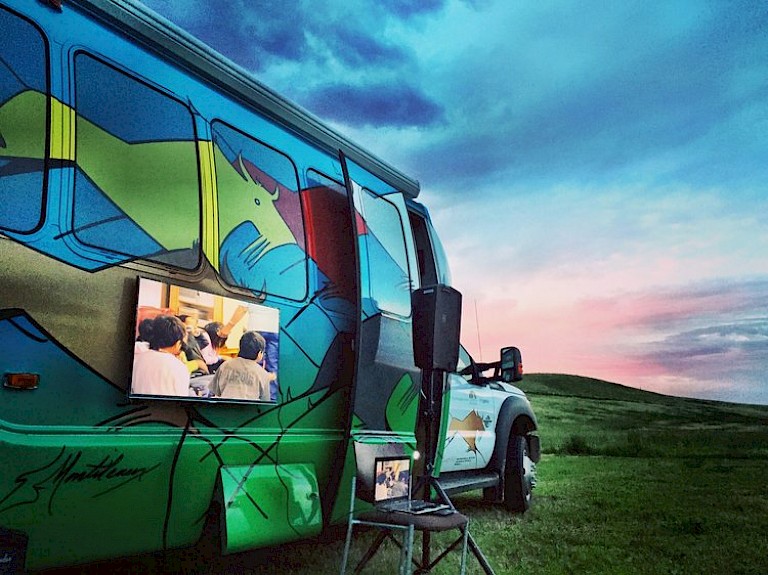 Launched in 2016, Rolling Rez Arts is a mobile arts space and business training center that traverses the expansive Pine Ridge reservation in South Dakota. Reaching disparate and often isolated communities, the converted shuttle bus, wrapped in a design by Don Montileaux, brings needed banking services, arts classes, professional development trainings, networking, and economic opportunities to artists working in rural communities across the reservation. Although only a few years old, Rolling Rez Arts is already laying important groundwork—fostering connections for artists and culture bearers and working to increase the economic viability of arts businesses throughout the region.

Rolling Rez Arts is a response to core needs of artists working in Pine Ridge. Spanning 3,469 square miles, a land mass roughly the size of the state of Connecticut, distance combined with lack of access to vehicles, internet, and other resources has created both physical and economic barriers to a thriving arts economy, despite a relatively high number of artists working in the region. The roots of Rolling Rez Arts began in a 2011 survey undertaken by First Peoples Fund, Artspace, and Dr. Kathleen Pickering Sherman from Colorado State University, published in the report Establishing a Creative Economy: Art as an Economic Engine in Native Communities (2013). The study found that more than half of the Native households on Pine Ridge run home-based small businesses, 79% of which are related to the arts. Despite the prevalence of working artists, artists were not thriving economically—61% of emerging artists were found to have annual incomes of $10,000 or less, well below the poverty level. However, the study noted the potential for the arts economy to grow and identified six areas of need:

On the business development side, Rolling Rez Arts offers professional development and business training classes, including financial management, internet use, pricing, and marketing. Partnerships with the Lakota Federal Credit Union and Lakota Funds have enabled the bus to serve as a mobile banking center as well, where artists can cash checks, make deposits, and complete loan applications, providing important access to financial resources that were not previously accessible for many community members. Additionally, the bus brings buyers from the Heritage Center at the Red Cloud Indian School, the primary regional source of arts sales, to rural communities to purchase artists’ work. While this type of outreach had long been a goal of the Heritage Center, who hosts buying days at its location in Pine Ridge, the organization lacked the capacity for such travel, which Rolling Rez Arts now provides. In addition to easing the logistics of travel, this partnership has enabled the Heritage Center to expand the social enterprise impact of its gift shop program and break down institutional barriers to connect with artists in an accessible and non-intimidating context. Rolling Rez Arts therefore provides a catered spectrum of services, from artistic skill building and community building, to opportunities to sell work, to financial services for developing a sustainable business.

Beyond economic, educational, and network impacts, Rolling Rez Arts also contributes an important perspective to larger discourses on placemaking. Writing about the idea and term “placemaking” in a recent issue of Public Art Review, Mona Smith (Sisseton-Wahpeton Dakota Oyate) noted colonialist undertones in the term and idea, wherein humans assert dominion and attribute meaning to a place, a notion that she emphasized runs counter to many Native perspectives and reveals a stance more akin to “place taking” (36-37). Contextualizing Rolling Rez Arts through the concept of wolakota, “in peace” or “a way of life,” First Peoples Fund President Lori Pourier (Oglala Lakota) wrote that, “Indigenous peoples on this continent cannot separate art from land from who we are. Lakota creation stories and our tribal teachings tell us how we came to be on this earth, that we are relatives of creation itself. Place is another of our most essential and powerful relatives” (Pourier, 90). In this vein, she described Rolling Rez Arts as “an artist-led model of economic development and social equity for artist and culture bearers,” underscoring, “We believe artists are stronger when they celebrate their own resilience and vitality and begin to envision a hopeful future, and even re-imagine a new and equitable wolakokiciyapiI (way of life in community)” (93). 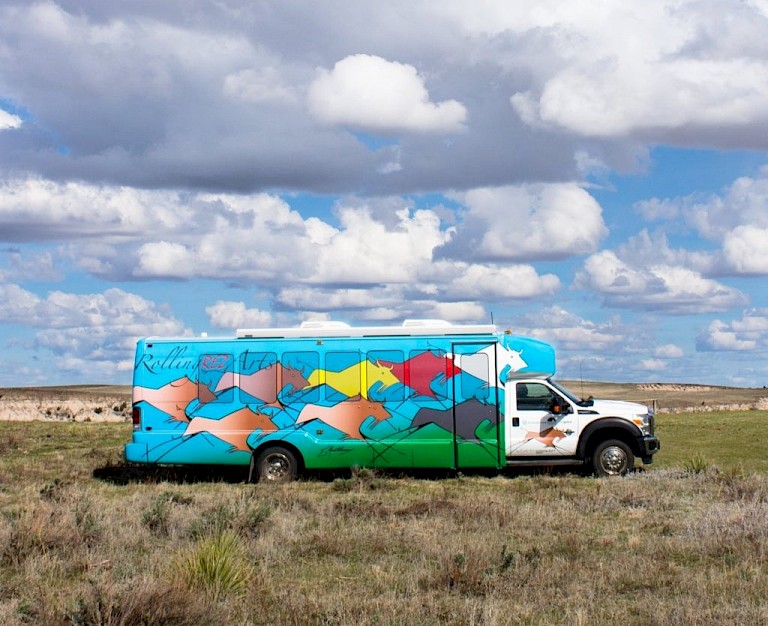 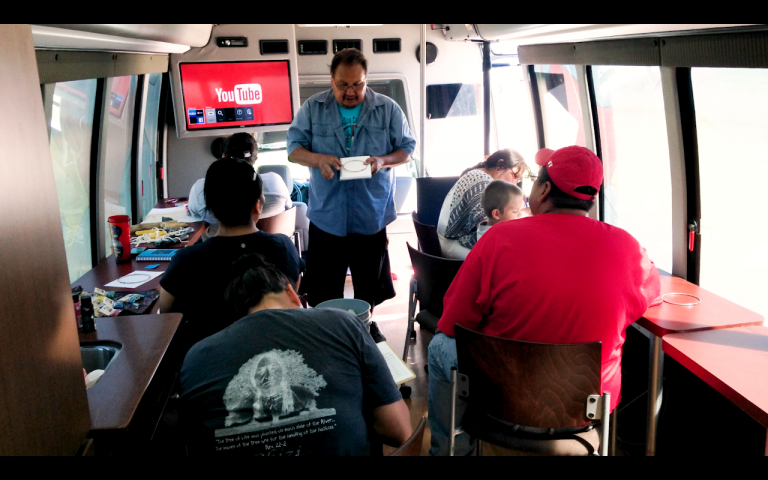 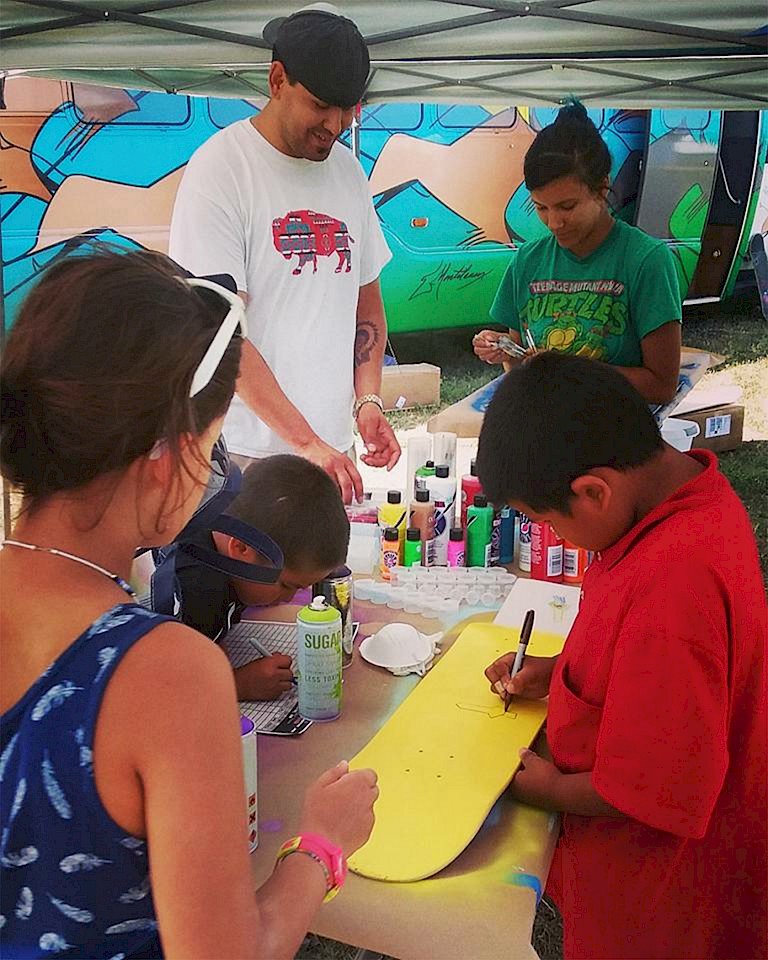 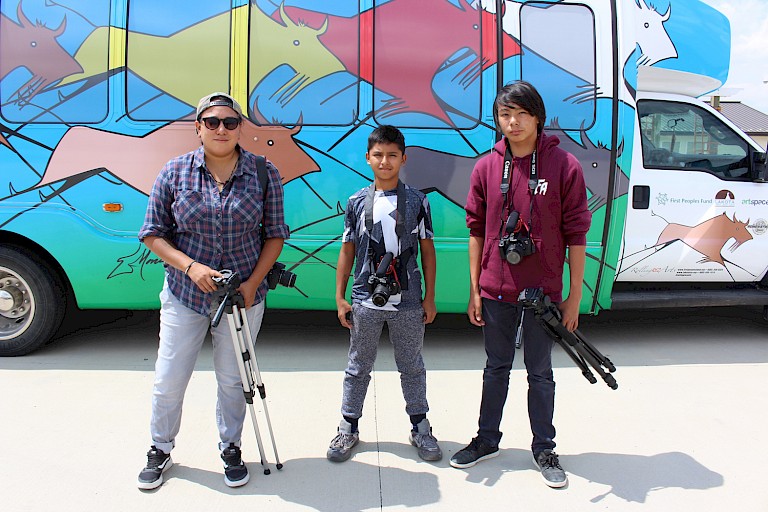 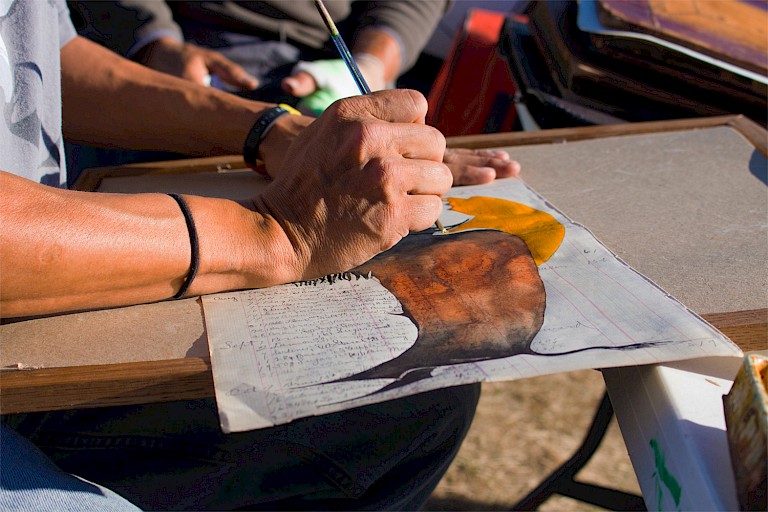 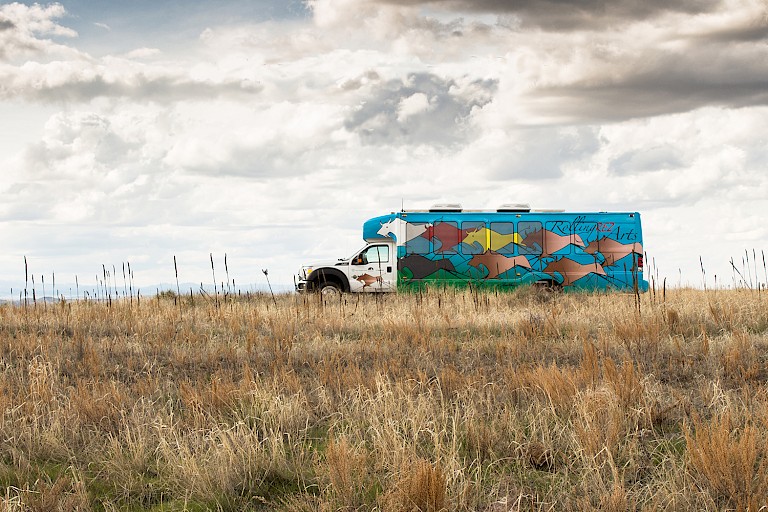 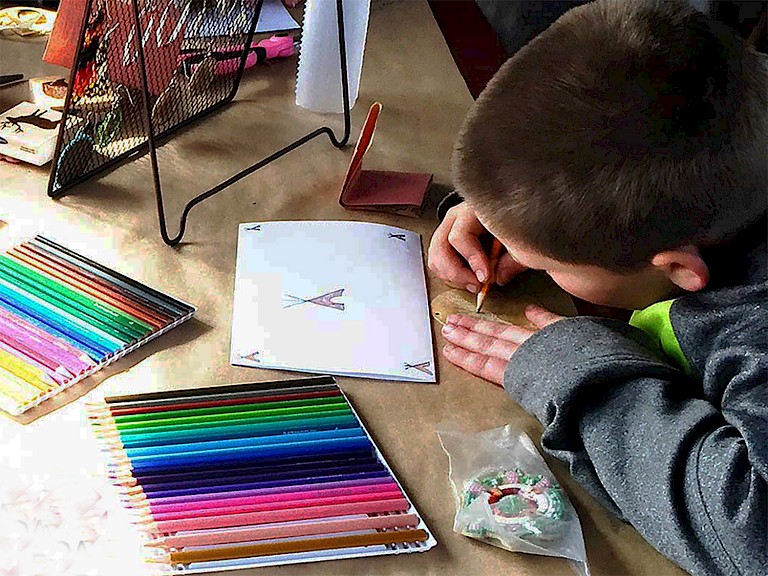