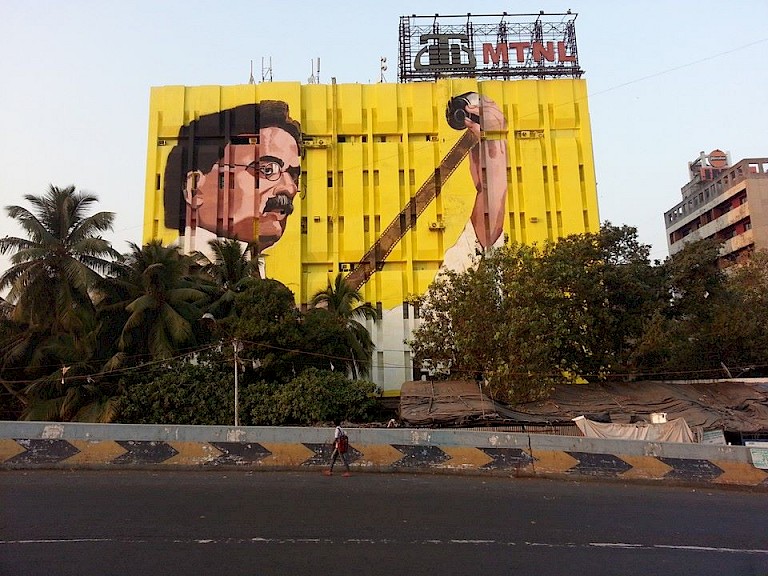 The St+Art India project encompasses seven cities across India, focussing on specific localities within the cities and creating safe spaces and brighter environments through street art and the first-of-its-kind sustained engagement between street artists and local governments. The artworks created comprises of various street art mediums – murals, postering, rice-pasting, yarnbombing and more, from the smallest - bling-and-you-miss-it size going all the way up to the largest murals in India. These works are created on walls often in collaboration or agreement with the various residents related to the structure that is being painted. Often residents have had a say in the style and content of the works, creating a sense of ownership of public spaces those images are on. Some examples of this are the crows painted on a public toilet in New Delhi, by Taiwanese artist Ano, or the cats drawn by artist Anpu, or artworks featuring marginalised locals from the area – giving them space. A large project by US based artist Olek saw hundreds of women from a government sleep shelter for transient women in New Delhi create a massive yarnbomb /quilt for the outside of the sleep shelter.

Some of the locally resonant causes St+Art India has tackled through murals and public engagement are LGBTQIA+ rights in India (Bengaluru), womens rights and safety (across India with artist Shilo Shiv Suleiman’s Fearless Collective Murals created in collaboration with women of the locality), the rights of local fishermen (Sassoon Docks Mumbai) and prisoners reform (Tihar Jail, New Delhi).

The project has resulted in a popular reclamation of the cities’ civic spaces and a simultaneous transformation of their urban fabric. Primarily working within residential neighborhoods and often times local area managements as well as the city’s administration to clean up and beautify areas of these highly congested cities, brightening the cities’ corners into safer spaces for residents and outsiders alike. They have also helped reclaim areas such as transit spaces along Bengaluru’s metro rail corridor which is run and maintained by a private corporation. A large part of their work in Mumbai’s Dharavi slum – one of the largest in the world – is based around inducting children into art and creative activities that surround the larger graffiti culture – by encouraging jams, workshops, and volunteering – which has led to many young men turning into graffiti artists in their own rights. The project invites artists from India as well as abroad to expand and enrich the local idea of art, and public art.

The project began in New Delhi in 2014, after the founders – typographer Hanif Kureshi, curator Giulia Ambrogi, filmmaker Akshat Nauriyal and event managers Arjun Bahl and Thanish Thomas met at a local street art festival, and found all of them were thinking of ways to create change by bringing art into public spaces. For the first iteration they picked gentrified areas of New Delhi, with an aim to create a connect between the contemporary designer shop fronts and cafes on the main streets to the vast, and economically disadvantaged residential areas behind them. They also roped in the administration in a big way, by painting India’s largest murals (one commemorating Mahatma Gandhi on to New Delhi’s police headquarters, the other commemorating Dr. Phalke, popularly considered the Father of Indian Cinema, at a government telecommunications building in Mumbai). The coming together of administration and art allowed for sustained action to occur – and St+Art India is conscious that they mark a significant moment in the historic timeline of street art in cities as the initiative involves what a first-of-its-kind sustained engagement between street artists and the government. The project is funded by various public and private entities including their major sponsor Asian Paints, as well as consulates and embassies in India, Jindal Steel Works and others. 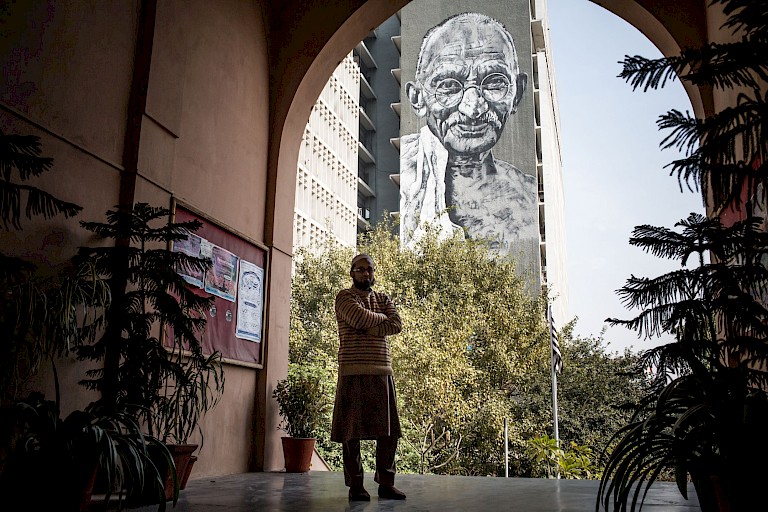 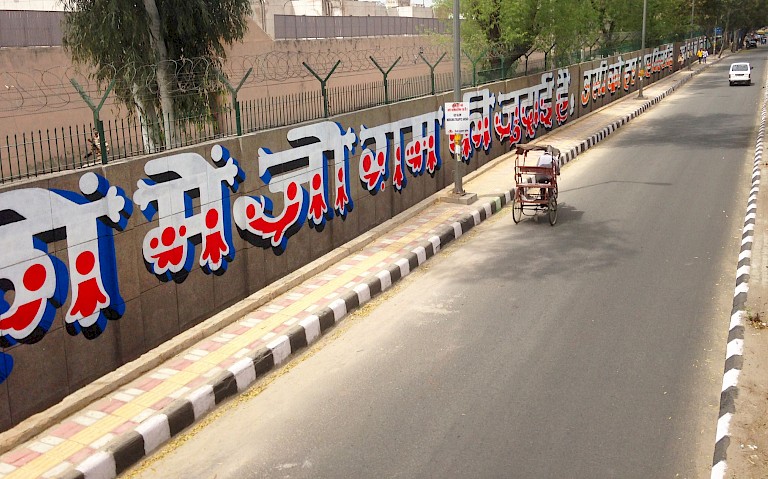 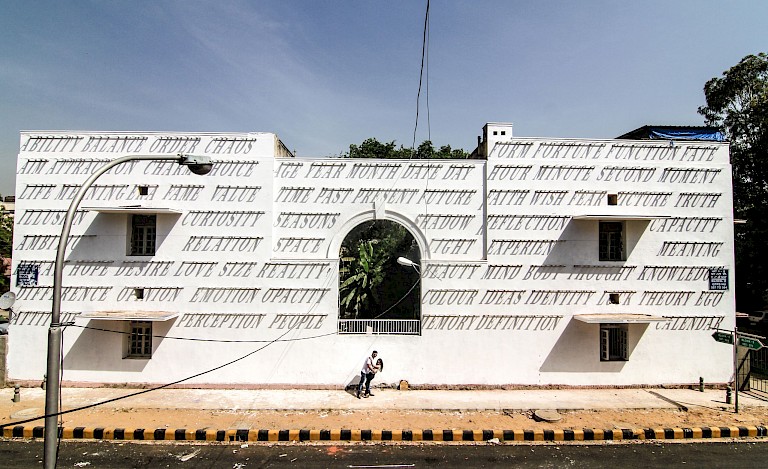