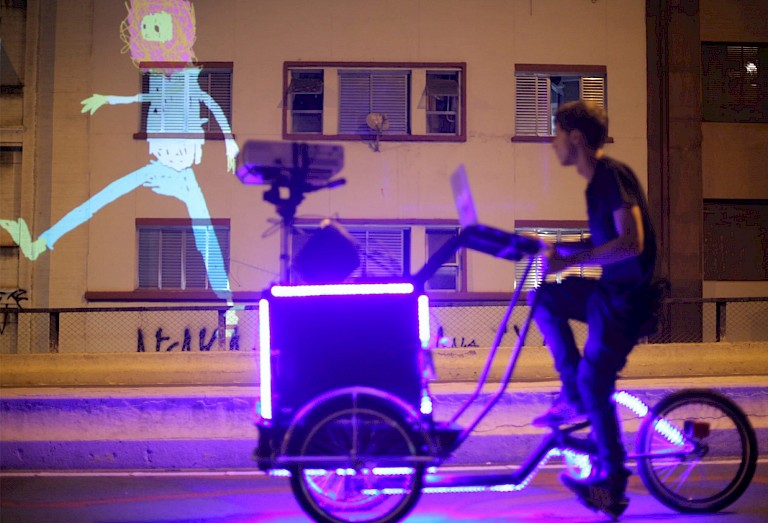 The world is like a giant film screen by the artist Sao Paulo duo Ceci Soloaga and your Marotta, both are “VJ suave”.

While they can project your beautiful art anywhere, from Brazil to other places, careful thought goes to your location. The true art of VJ suave is in the interactivity he creates. driven by their reliable tricycles, they can light more than walls and walkways with their characters, but also their observers and building a relationship between people, especially children, and their urban workspace. 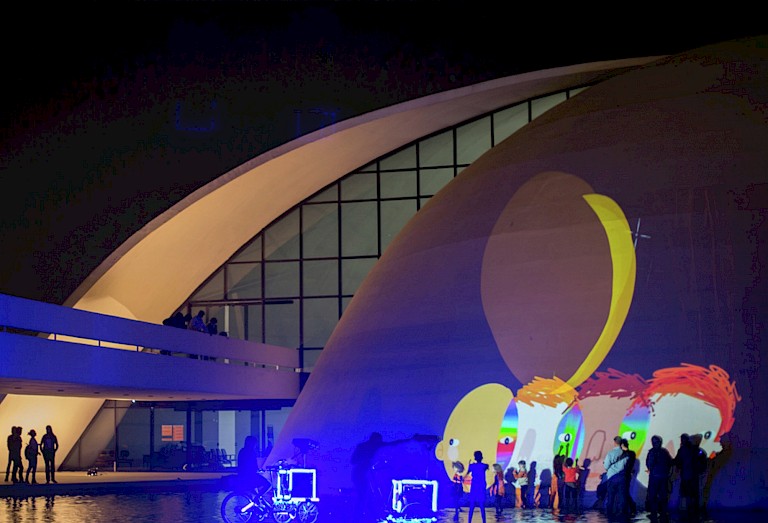 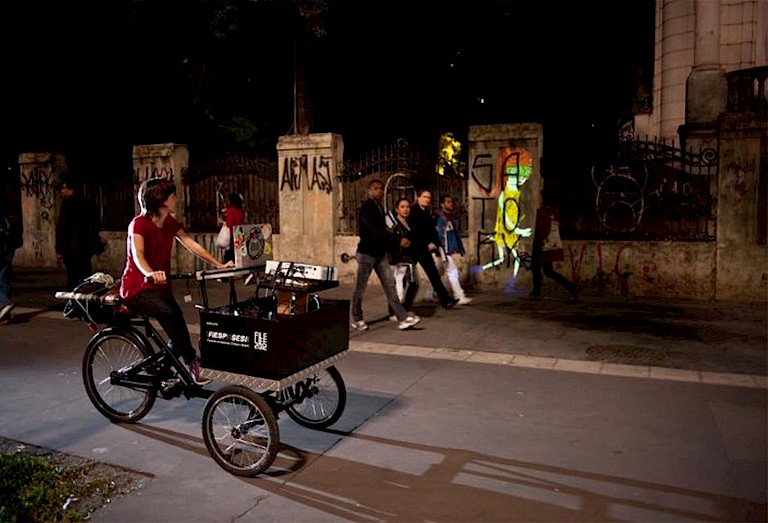 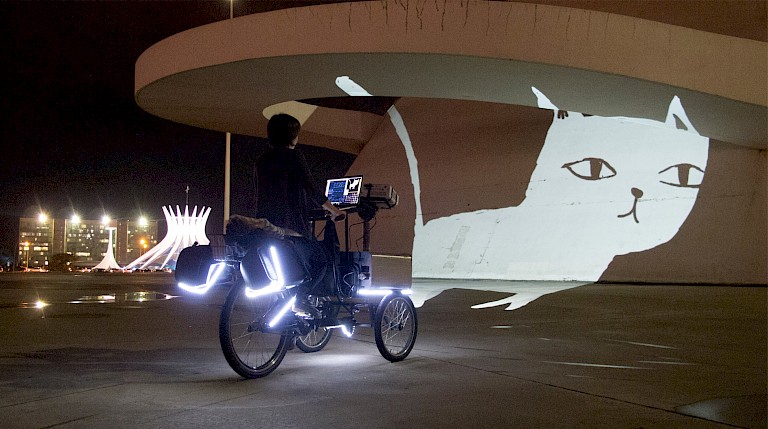 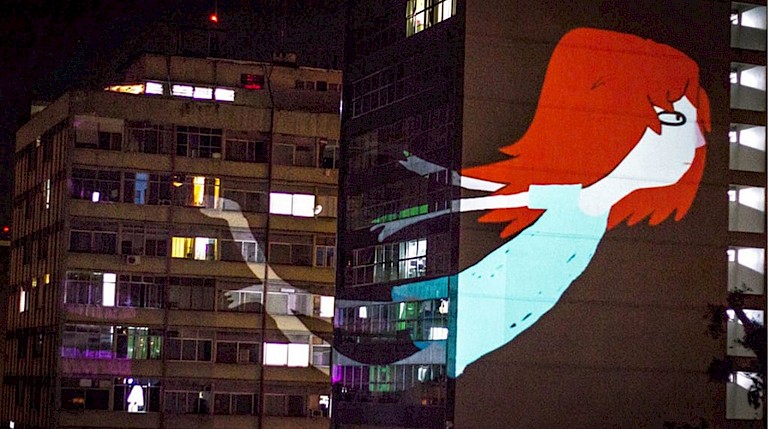 In 2010, Ygor met Ceci and together they created VJ Suave. The images and animations that VJ Suave uses in its audiovisual performances are of its own authorship, differing a little from other VJ's, who generally use images from other authors who are somehow linked to geek culture or public domain image bank on the internet, but that are manipulated by them to become other images in their live presentations. Thus, VJ Suave demonstrates in its performance not only the manipulation of images and software but also the creation of an individual narrative aesthetic, where it links its audiovisual art in performances, installations, short films and also recently in works with virtual reality (VR).

One of the duo's works that deserve to be highlighted is the “Suaveciclo”, in which the artists use an adapted tricycle with a projector system, computer, sound, lights and live drawing tools to create the interaction between their drawings and the city, projecting them on facades, gables, viaducts and walls. His characters come to life on these surfaces and interact with the landscape, creating a poetic, playful and beautiful atmosphere for passersby. Another resource used by the duo in this work is the production of short films that record the narratives that take place on these surfaces.

Through tricycles, the duo creates a kind of nomadic cinema, illuminating the “scenes” and urban landscapes with a delicate and large-scale design, transporting people to a playful and sensory universe. And with this same means of transport, they also draw attention to the sustainable and free use of new poetic forms of occupying public spaces with poetry and love phrases.

This locomotion is a fundamental part that gives the nomadic, fluid and flexible character to the project, and they are readapted throughout the performances, according to the needs that arose after the presentations. With the two projectors attached to their tricycles, the artists bring to life the characters they created or project phrases that bring a little more affection and kindness to the public spaces they pass through.

For this project, four short films were created that demonstrate the projections over some interventions, namely:

“Trip” – A spiritual journey in search of self-knowledge, expansion of consciousness and love.

La Cena” – It's a story about the cycle of life.

“Run” – It shows a boy who runs from fateful daily life traveling through the city in various ways, interacting with the space in which he passes.

“Homeless” – A journey between a beggar and a cool girl through the city until both meet and fall in love.

These films and their creation go beyond audiovisual production, as the act of recording the short is also a performance, which takes place for viewers of the short film seen on the screen of a cell phone, computer, television, flat-screen projection, or any other audiovisual medium with a square or rectangular screen, in a different way and for viewers, as they get the preview of the short film in a different format and before its final production, given that, for the production and recording of the short film, they performatively project narrative elements into public spaces. Being what the duo would call "real cinema", fusing a story with the setting where it is projected.

Being an itinerary was VJ Suave's way of bringing art to public spaces and communicating love to the people around them. The animations that have simple and playful characteristics are eye-catching and charismatic enough to involve people of all ages, who, with this projection over the city, also project a different look to the monochromatic urban environment.