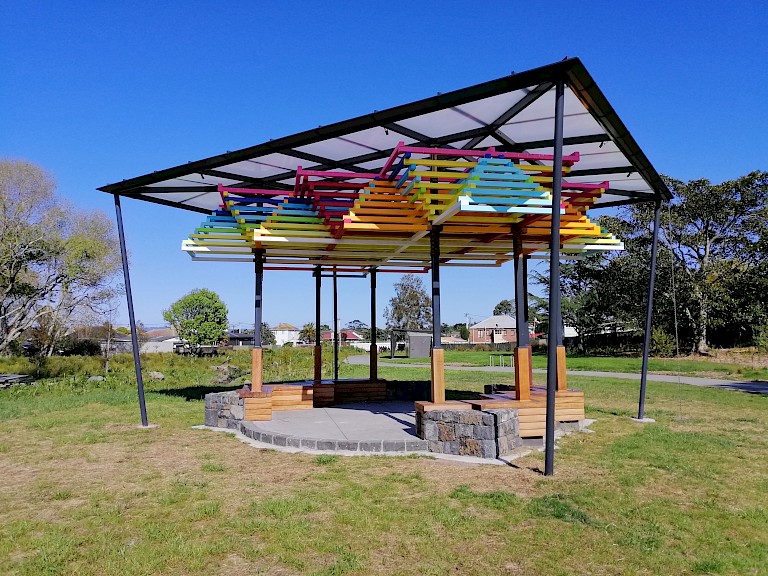 Te Auaunga Awa – Multicultural Fāle (2019) is a fāle, or traditional Polynesian structure commissioned as one aspect of a larger project, the transformational regeneration of an urban waterway in the city of Auckland / Tāmaki Makaurau, New Zealand. The creative team of artist Sopolemalama Filipe Tohi and McCoy + Heine Architects realised the project, an integrated artwork that interprets both environmental and cultural narratives of site and adds a cultural identity to the physical transformation of a green space. This artwork, created by one of New Zealand’s most respected Pacifica artists, draws heavily from the artist’s approach to his own Tongan cultural background and the contemporary world that surrounds him. Created with a mix of traditional Polynesian techniques and contemporary materials, the art work alludes to metaphors of cross-cultural connection and of migration, a history shared by many in the local community who the art work seeks to serve. Vibrant, colourful, and playful yet also offering a practical purpose this art work comes to life when embraced by the community. 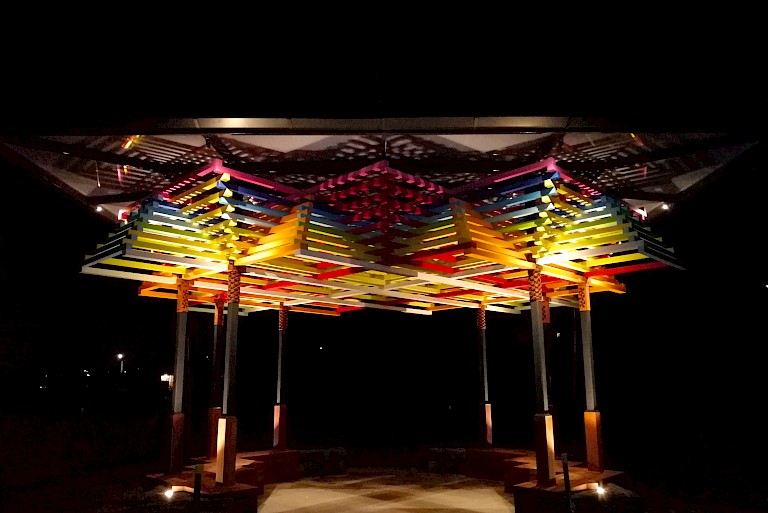 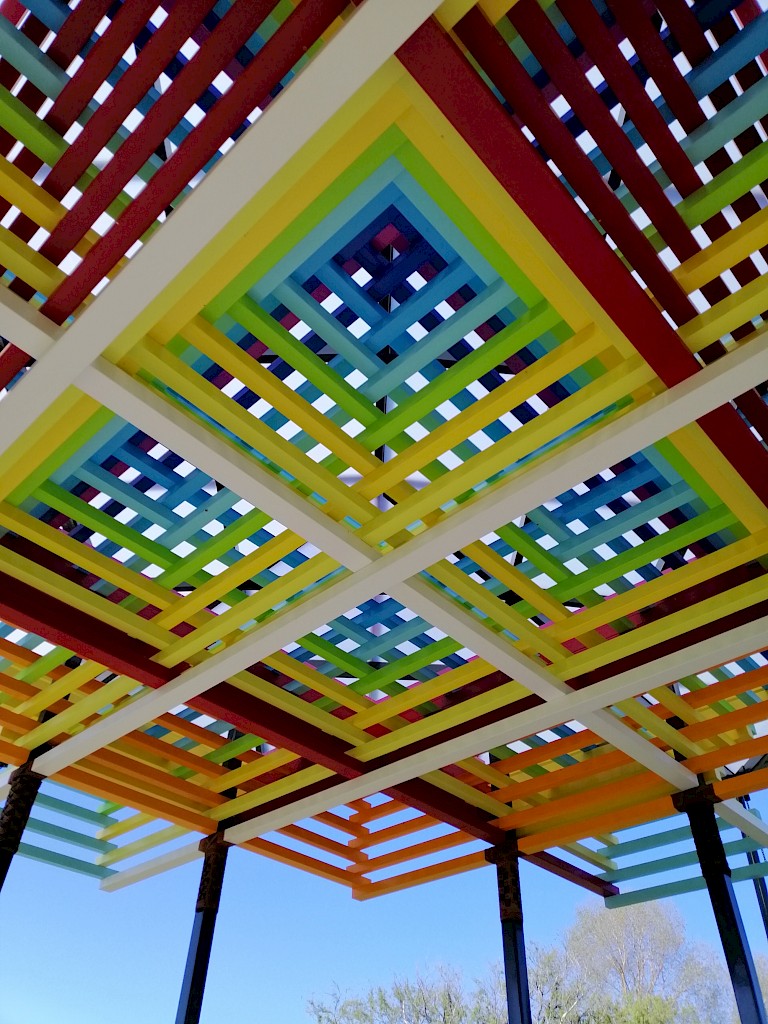 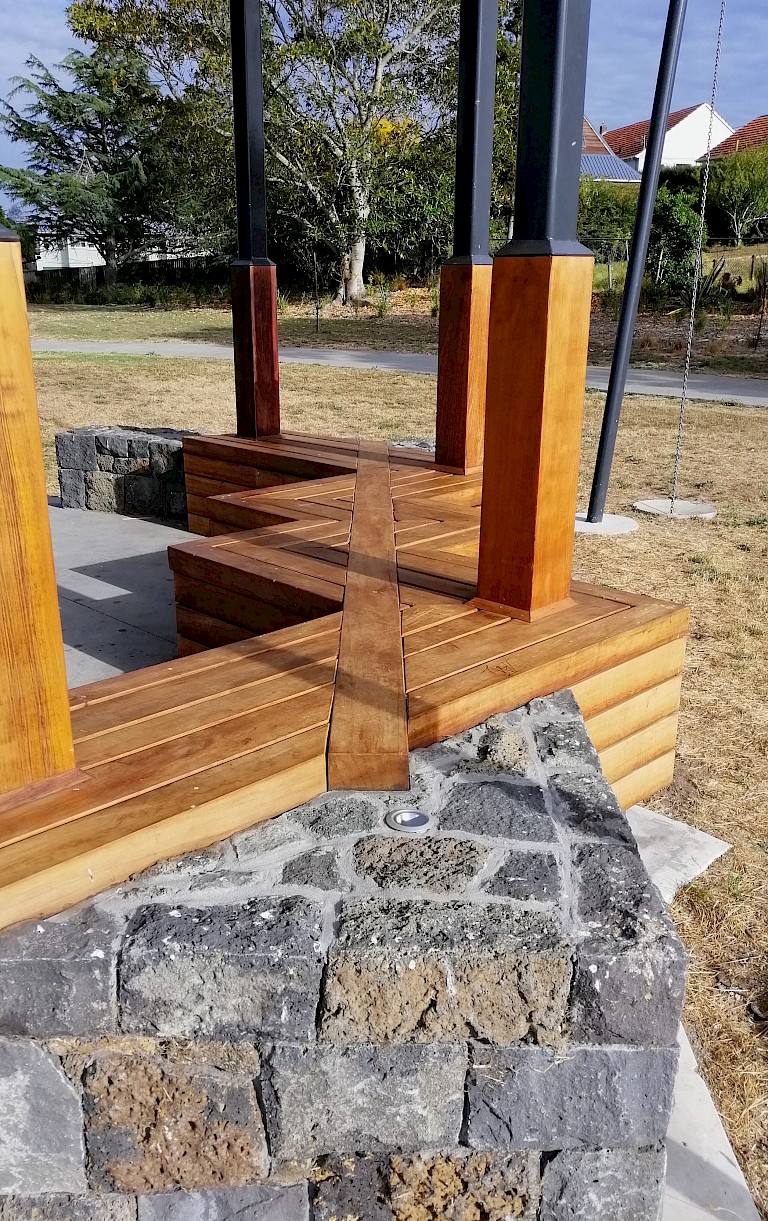 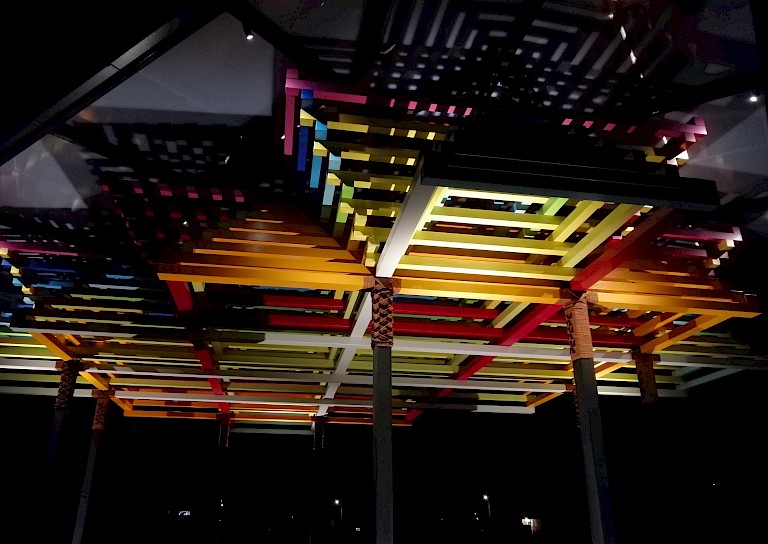 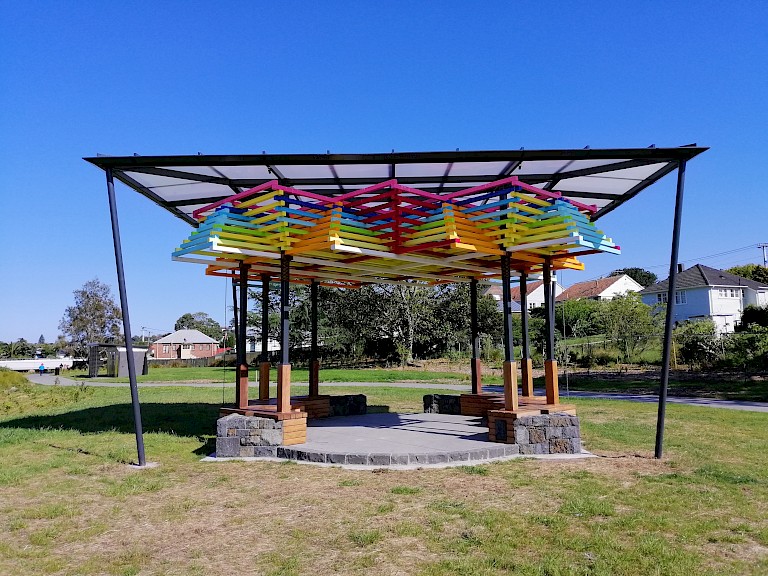 Te Auaunga Awa – Multicultural Fāle (2019) is a fāle, or traditional Polynesian structure commissioned as one aspect of a larger project, the transformational regeneration of an urban waterway in the city of Auckland / Tāmaki Makaurau, New Zealand. Te Auaunga was an Auckland Council Healthy Waters project to address practical issues as well as establish a river park along the Te Auaunga/Oakley Creek watercourse. Previously this watercourse (natural or man-made open channel where water collects and flows) was a concrete channel with little public access or amenities and the wider restoration project sought to address issues this neglected waterway posed for locals. The restoration turned a 1.5km stretch of Te Auaunga/Oakley Creek into a welcoming and usable space. This included walkways and cycleways, native tree planting, a māra hūpara (Māori playground), community orchards, outdoor classroom, and Te Auaunga Awa – Multicultural Fāle, a community fāle brought to life by the creative team of artist Sopolemalama Filipe Tohi and McCoy + Heine Architects.

Tohi’s art work interprets both environmental and cultural narratives of the site. Te Auaunga/Oakley Creek is a site rich in Māori and European heritage, home to an abundance of native and exotic flora and fauna including the threatened New Zealand longfin eel. The surrounding area is also home to an ethnically diverse population with significant populations from India, China, Samoa, and Tonga. Te Auaunga Awa – Multicultural Fāle offers this redevelopment an often overlooked element, a cultural identity to the physical transformation of a green space. A fāle is traditional open sided structure used in the Pacific Islands. It can be both a private or civic structure: housing or used as a community meeting place. Drawing on this recognisable Pasifica form offered the green space not only an art work by one of New Zealand’s leading Pasifika aritsts, but a site for manaakitanga, or welcome. Te Auaunga Awa – Multicultural Fāle offers a sense of community belonging and of a welcoming to visitors to the transformed waterway and green space.

The architecture of a fāle is characterised by openness with a dominant roof form, which has historical links to an upturned waka/ boat shape and volume. This is a traditional architectural form where structural supports are lashed and tied together with sennit rope handmade from the fibre of dried coconut husks. A key element of Tohi’s artistic practice is a lashing technique called lalava, used for joining and holding materials together. Lalava is both a construction technique and repertoire of cultural designs and characteristic patterns that speak of culture and history. Using this sacred Tongan art form the artist applied its techniques and patterns to contemporary materials, creating an art work and meeting place with ribbons of colour at the heart of the neighbourhood’s new green space. Connecting the Pacifica communities who have lived and worked in this neighbourhood for decades with this place, Tohi’s ambitious art work brings Pacifica art forms to the environment and a space for its community to gather and learn. The concept uses a 3D lalava style based on the kupenga (net) to develop a space where the community can gather under a net-like structure. The lalava forms represented in the artwork include the tuna (eel) and manu (bird), while the fāle itself uses the kupenga (net) form to express that this is a meeting place for all cultures.

When public art curation intersects with the processes of urban restructuring and / or regeneration and green-space development projects, such as the case with the Te Auaunga Awa – Multicultural Fāle, the art component typically plays a major role in inclusionary and community building efforts. Community building begins early and with extensive consultation, something at which this project and its wider creative team have excelled. In considering the wider project redeveloping the Te Auaunga/Oakley Creek site, as well as the art work, extensive collaboration and consultation with the community, local schools, mana whenua (indigenous land holders), local city boards, and Auckland Council was undertaken. This resulted in support and to buy-in from the community and a regeneration project that responded to the community’s needs and hopes as well as necessary stormwater solutions. To this end, Te Auaunga Awa – Multicultural Fāle and the adjoining Outdoor Classroom was the winning entry in the Small Project Architecture category of the 2020 NZIA (New Zealand Institute of Architecture) Auckland Architecture Awards. The judges’ citation published by architecturenow.co.nz website includes: "This garden intervention is heroic in its desire to connect people and place, and in its ambition of creating a space in which to relax and reflect. The project is a homage to Tāmaki Makaurau [Auckland], home to Pacifica communities who have lived and worked locally for decades.” In commenting on the stakeholder consultation judges added that “The diversity of these partnerships added real value to the project and contributed significantly to its environmental, cultural, social and economic success.”

An additional element of the Te Auaunga Awa – Multicultural Fāle was its role in celebrating and sharing traditional skills and art forms. In addition to the collaboration between the artist and architects, Tessa Harris, a local raranga (a traditional Māori art form of weaving or plaiting) artist, was chosen to work alongside Sopolemalama Filipe Tohi for the sennit binding of the poles. A mutual sharing of binding techniques between mana whenua (indigenous people of place) and Pacifica extends the metaphor of cross cultural communication and respect ingrained into the Fāle.