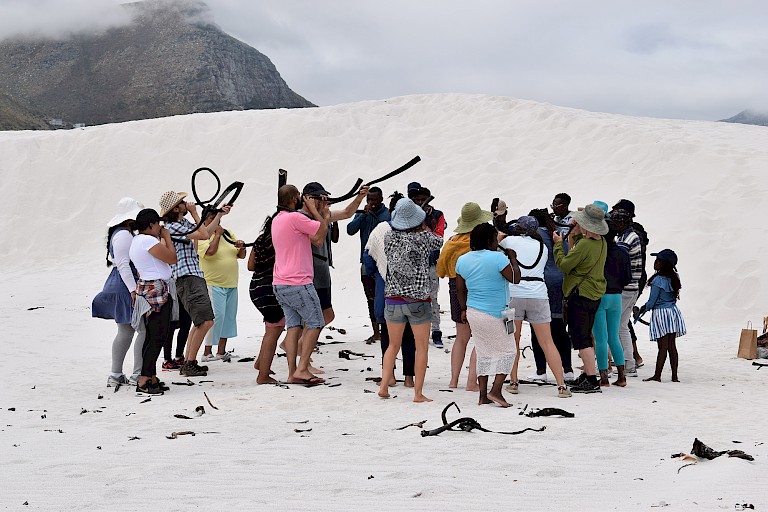 This public five-day event artistically activated ‘in-between zones’ of geographical, psychological and social boundaries between different communities, topographies and demographics. Its inaugural 2018 iteration was pre-empted by a series of border walks through different urban topologies of what is colloquially referred to as the Cape Deep South, and led by a diverse group of its local inhabitants. For the Borderlands festival itself, artists then activated a multitude of selected sites. These included a shopping mall, a former waste dump, a residential construction site, a military area, the site of an apartheid-era forced eviction, a beach, and other locations that the audience traversed by informal taxi. The organisers estimated direct audience engagement on these guided excursions at 750 people, creating new connections and enabling empathetic relations. The festival sought to initiate and make space for difficult conversations in gentle ways. These included: experiences of racial profiling in public and natural spaces; housing pressures in low-income areas and the perceived lack of empathy from higher-income neighbourhoods; painful histories of exclusion and forced removals; inclusivity, access and collective ownership of our natural heritage; personal stories of identity that acknowledge difference; and meditative re-connection to the natural environment.

South Africa is notoriously beset by dramatic inequalities but what is often less appreciated is how this is spatially replicated in contemporary times. In the past, apartheid legislation kept people apart and the majority oppressed. Despite a transition to democracy in 1994 and many neighbourhoods becoming increasingly integrated, today land values still perpetuate inherited divisions by reserving economic centralities for the more privileged and relegating the majority to peripheries. This project engaged these realities by literally traversing these borderlands, physical and otherwise, with targeted interventions that activated a spectrum of sites to make visible some underlying dynamics. The effect of the festival was an artistic stitching of disparate geographies, delivered with playfulness and open dialogue. Highlights included a former evictee from a now delapidated house explaining the situation from their point of view, standing inside their former house. His narrative remedied a blind spot in many participants' understanding and left hanging the open question of how to navigate its resolution. This kind of intensity was leavened with playfulness: a duo of pantsula dancers activating the raised ground of a future residential development with humour and clowning; or an absurd protest through a shopping mall led by physical theatre practitioners. The festival managed to be both poignant and revealing without being didactic and let people find their way, with place and with one another. 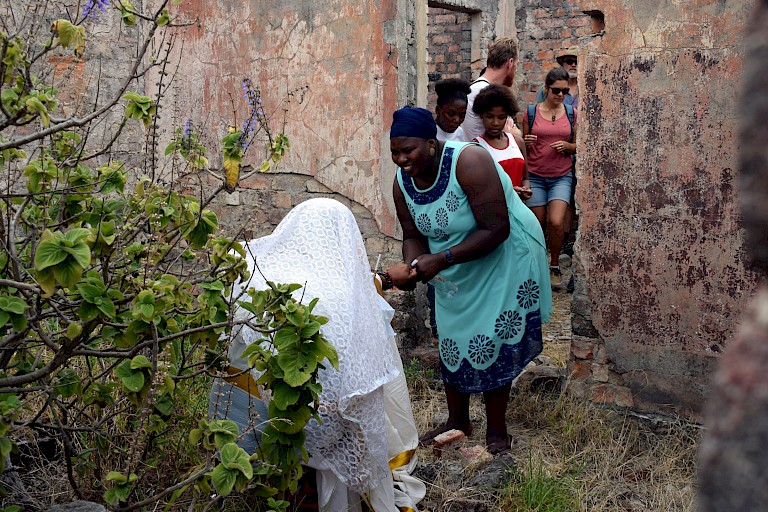 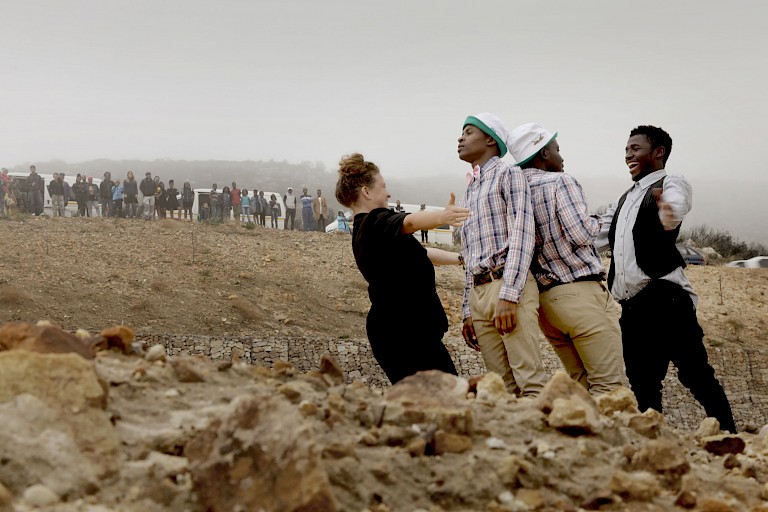 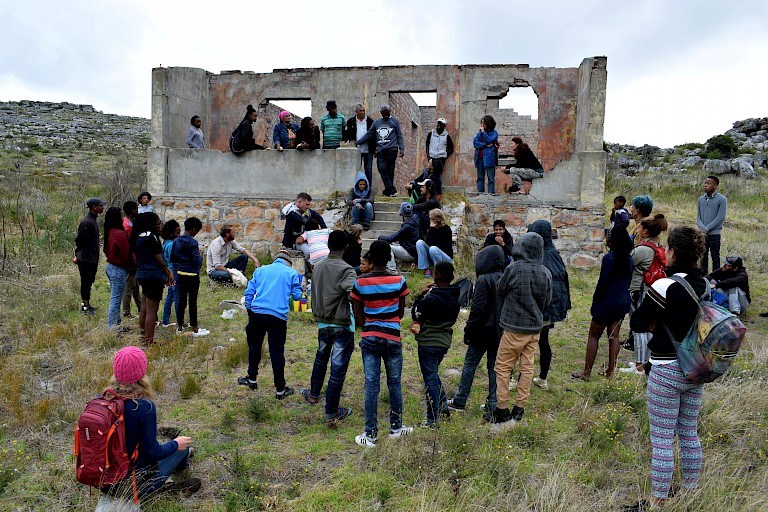 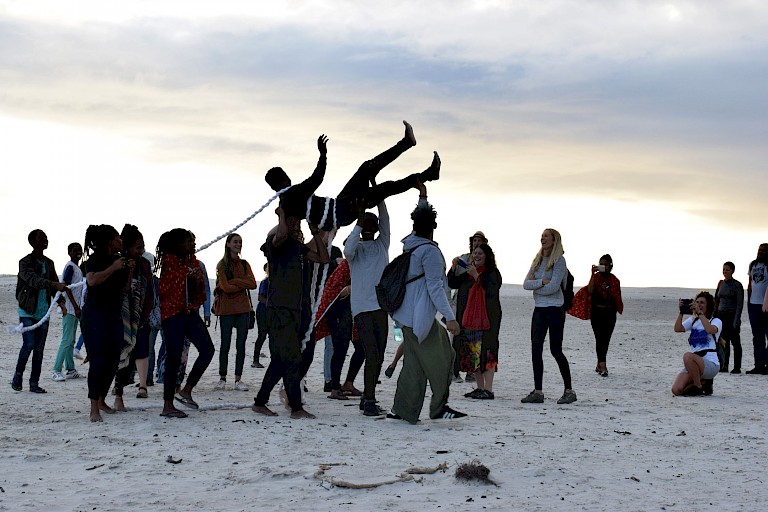