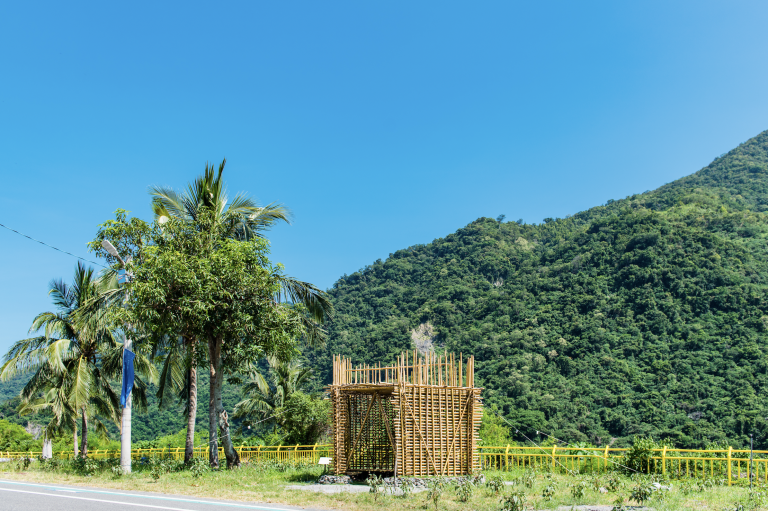 "The Hidden South" is a planned exhibition practice spanning four townships in Taitung County, inviting 20 creators from all over the world to create settings, sounds, sculptures, installations, and even technology. About half of this series of artistic creations are planned creations, incorporating meaningful and representative local lifestyles for artists to play, emphasizing dialogue with the locals and a non-unidirectional art form. Not only practice the publicization of art, but also integrate culture and art into one. The creation and performance of the entire project and a series of activities unearthed the unknown aspects of Taiwan's south loop, which triggered the imagination of the "southern" of Taiwan by artists and participants. 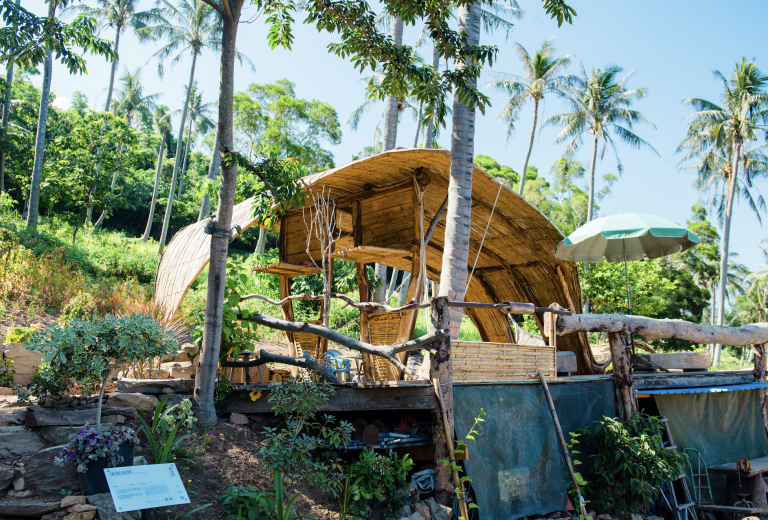 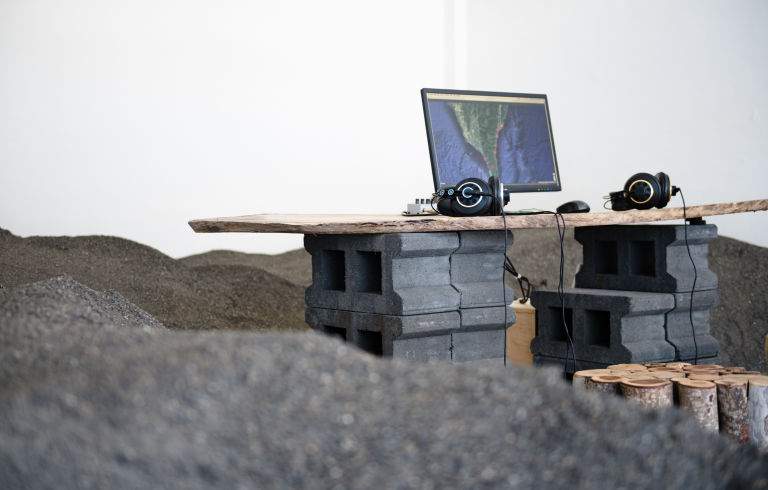 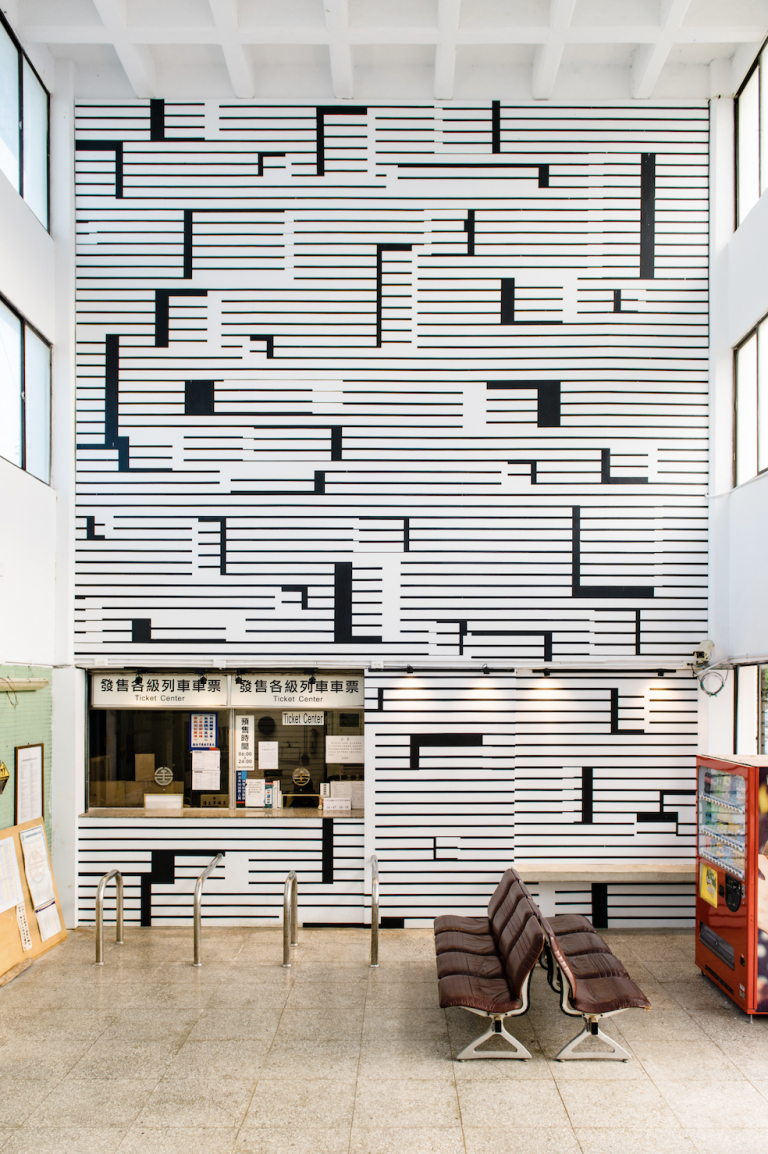 Through a series of de-tourism exhibitions, the curatorial team aroused the public's imagination of southern Taiwan. With the theme of the "Hidden South", they showed that the South in their eyes has a mysterious and undiscovered side. The works of art in the project have different styles, but they share the same core spirit. As a window, the creator uses different forms to guide the audience to understand the culture and landscape of Taiwan's South Loop.

The 20 works were born from the exchanges between creators, places and people, and the integration of southern life and natural environment. Many works are modern expressions of the traditional culture of aboriginal artists. The themes and expressions are rich, revealing the southern part. depth. Artists from different countries also start from their perspectives and show the South in their eyes through artworks. The aboriginal culture is interpreted from different angles, and the audience also directly participates in the local culture and art through different activities.

Among them, works that combine nature and landscape to discuss local issues include "Zai Di", "Southern Vector", "Balcony" and "Huayuan Breeze". Luxurious Lang Ji Gong’s "Zai Ge" uses the waste of cement pillars after the typhoon to create a hollow mountain view, which has a good shape and meaning; "Southern Vector" is woven into a wave by You Wenfu with bamboo weaving, leading the sea breeze to connect the waves, the beach and the land. Get up; the dislocation created by Qiu Chenghong’s "Balcony" by the sea is full of conflict and interesting, challenging the viewer's perception; Rudee TANCHAROEN's "Huayuan Breeze" drives quietly, driftwood materializes the vitality of wind, as if it is life pulsation.

On the other hand, Esther Stocker's "Linear Space" shows the neglected station spaces from diverse lines, and the black and white spaces that connect together inspire viewers to imagine the south; strong colors interlaced to form "Rainbow Tunnel", Bringing shade under the sun and the burning wind, Anne-Flore CABANIS brings vitality to the Dawu Transit Station; Dexter FERNANDEZ's "Vuvu & vuvu" goes deep into the local area, and then uses unique paintings to interpret the Paiwan culture in his eyes. The above three creations all bring visual highlights and impact to the audience in the public domain.

Li Shiyang’s "Moving Scenery and Hot Dance Music" is unique in that it performs a musical performance in a unique venue—a moving train; Wu Canzheng’s "Southern Sound Map" allows the public to immerse themselves in the southern soundscape and break the performance at all times. The geographical boundaries.

Zhang Dunhao’s "Bazaar Perspective" regained the right to speak of cultural heritage through the paintings at the entrance of the settlement; see Vibali’s Bi painting "Your Side" in the culvert next to the station, bringing the modern life of the people coming and going to the Paiwan people Myths are connected; Xiju Su Fei’s statue "Wings" puts the noble bear and eagle feathers on the grass to lift the sky, powerfully awakening people’s attention to traditional culture; Chen Yongchang’s three-dimensional sculpture "Abundance" also takes the tradition The clay pot is visualized and greatly enlarged, symbolizing the concept of the unity of heaven, earth and man in traditional life.

In addition to the exhibits, the South-South Plan also includes architecture: "Household Dining Room" was created on-site by Chen Xingxiong, Liu Jinan, and Chen Wenyi based on the unique house style of the Paiwan tribe, creating a space that seems to remind The importance of the interaction between viewers and people; and Gao Su Zhenwei’s "cacavalj tribe station" is like an "organic life body", through long-term management and practice, growing up with the young people who are active in it; and Liu Zhean's "cacavalj tribe station" "Patjangzaq" uses bamboo to stack and weave a mass space for gathering people, which becomes the foundation of the relationship between people.

Also, Xie Shenghua’s "Memory of Ina Garden", which reshapes the natural space, tells the viewer that the seemingly ordinary plants and trees are materials with different functions in life in the eyes of the aborigines, and the relationship between nature and the past is so close. In this space surrounded by plants, the audience feels the connection between people and plants.

In addition, there is a "Name?" that reproduces the legend in real-life VR. I Have Many", the artist Wu Sirong leads the public to explore the unpredictable boundary between legend and reality.

Finally, Wu Zining’s "Magic Collapse Domain" hopes to allow participants to reflect on the "doomsday" issues through multimedia performances, rethink what is important in life, and elevate the depth of the entire project to another level. 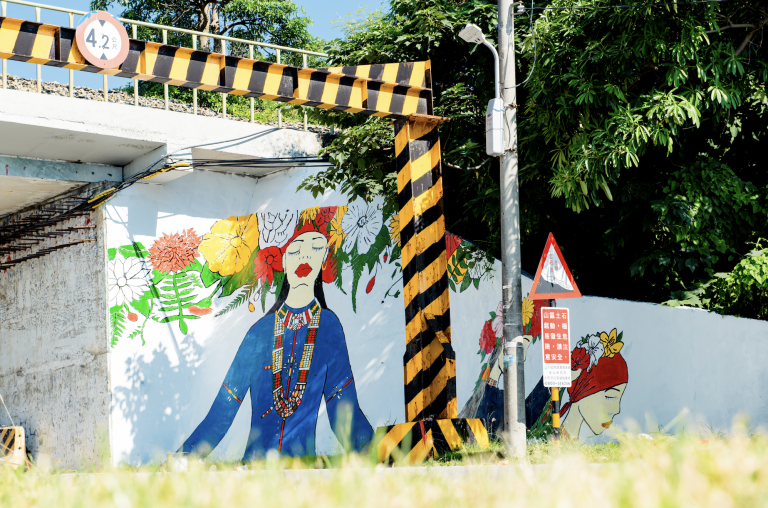 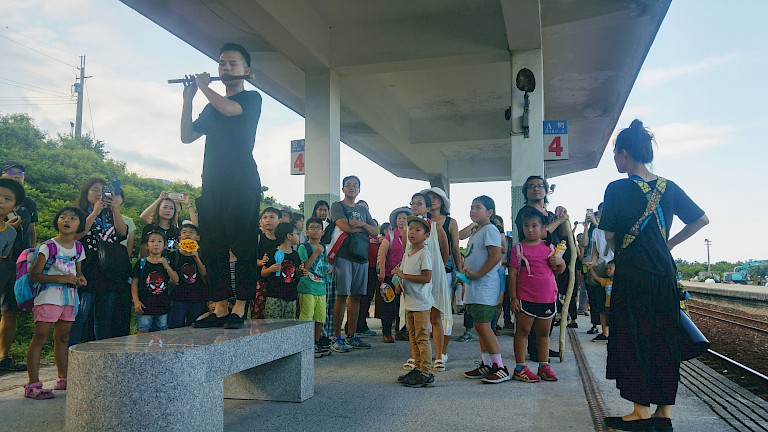