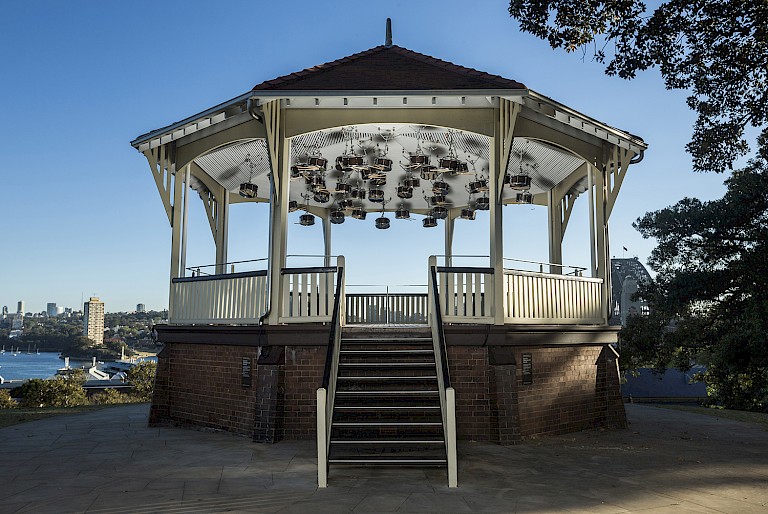 The Last Resort was created by artist Anri Sala at the Observatory Hill Rotunda, a century-old harbourside bandstand and Sydney institution at the highest point of the city. Audiences were invited to step beneath a gravity-defying ensemble of suspended custom-built drums to experience their rhythmic, live response to a contemporary interpretation of Mozart.

The artist recorded a new version of Mozart's Clarinet concerto, replacing the composer's original tempi with the wind conditions recorded in a log kept by a Scottish migrant who made a six-month voyage to Australia in 1838. Mozart’s score is upended, as if it were a message in a bottle carried from Europe across the ocean to Australia, affected by wind and waves. Set against the sights and sounds of the Sydney harbour below, this musical dialogue animated the relationship between migration, sound, place, time, and history on this evocative site to contemporary audiences.

Part of 'Art & About Sydney', an ongoing year-round program of temporary art projects in unusual spaces produced by City of Sydney, this project was presented by Kaldor Public Art Projects, and co-commissioned with partners Esther Schipper (Berlin) and Marian Goodman Gallery (New York and Paris).

Philanthropist John Kaldor initiated his Australian public art program in 1969. The Last Resort, a project commissioned by Kaldor Public Art Projects from artist Anri Sala was the 33rd project undertaken by this commissioning organisation. Sala’s site-specific sculptural and sound installation The Last Resort was created in Sydney, Australia, at the Observatory Hill Rotunda, a century-old harbour-side bandstand and landmark at the highest point of the city. Audiences were invited to step beneath a gravity-defying ensemble of custom-built drums suspended from the ceiling to experience a contemporary interpretation of Mozart.

The open structure of the Rotunda houses 38 especially constructed snare drums, suspended from the ceiling in an up-side down position.The ensemble of drums is a self-playing sculpture, their drumsticks moving without players. Each of the drums was custom-made and concealed two in-built speakers: a low range speaker whose low frequencies incite vibrations on the drum skin, triggering in return the response of the sticks that create the characteristic drum sound, and a high and mid-range speaker that plays audible musical fragments. The snare drums also function as visible markers of the sound of the installation. The intricate soundscape created by Sala for The Last Resort reimagined Mozart’s Clarinet Concerto in A Major, considered a masterpiece of the European Enlightenment. For this art work not only the drums are upended but also Mozart’s score. (For more information on this see the ‘Excellency’ section of this case study.)

Only a couple of years before this concerto was composed, the First Fleet had landed in Australia reaching Botany Bay on January 18, 1788. This was the arrival of the first Europeans on to the continent now known as Australia. The space hosting the installation of The Last Resort is a rotunda situated in a public garden on the highest hill, known as Observatory Hill, overlooking the settlement of Sydney and its beautiful harbour. Beneath the history and beauty is the complexity of colonisation and display of power, as with any developed site in Sydney, Australia, or indeed any other colonised land. This area was first named Tar-ra, and was home to generations of indigenous Gadigal people before the arrival of Europeans in 1788. The British named it after one of those on the First Fleet, astronomer William Dawes, who built a makeshift observatory on the nearby point and struck up a friendship with a young Aboriginal woman, Patyegarang, that formed the basis for the first European record of local Aboriginal language. This area was also the site of Fort Phillip built in 1800 and named after the colony of Australia’s first Governor. The hill is also thought to have been a popular lookout spot for the indigenous Aboriginal people. For this reason the site is also associated with the first contact between the two cultures previously unaware of one another.

It is this complex history that struck Anri Sala who created a striking contemporary art work deeply connected to cultural and maritime history, the founding of modern day Australia, and the physical site in which the work was experienced. Set against the sights and sounds of the Sydney harbour below, Sala’s musical dialogue animates the relationship between sound, place, time and history. 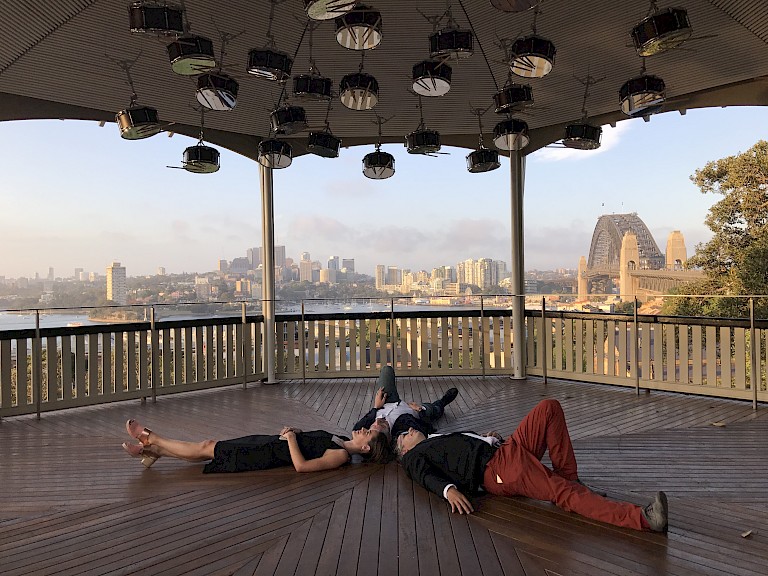 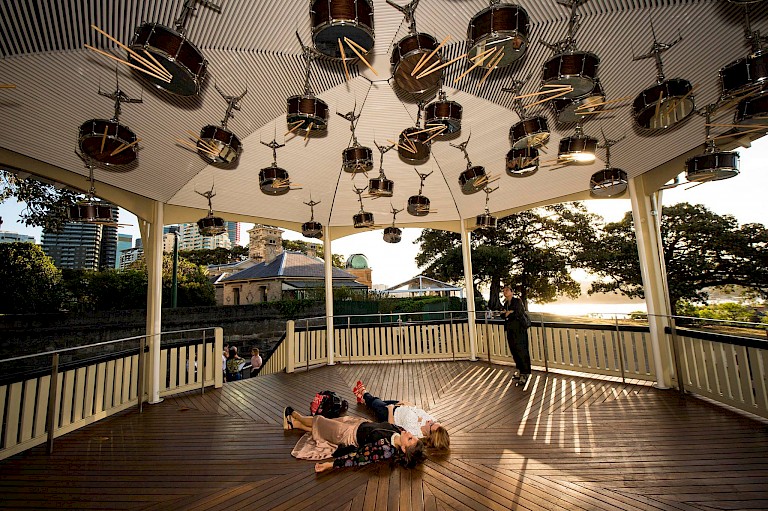 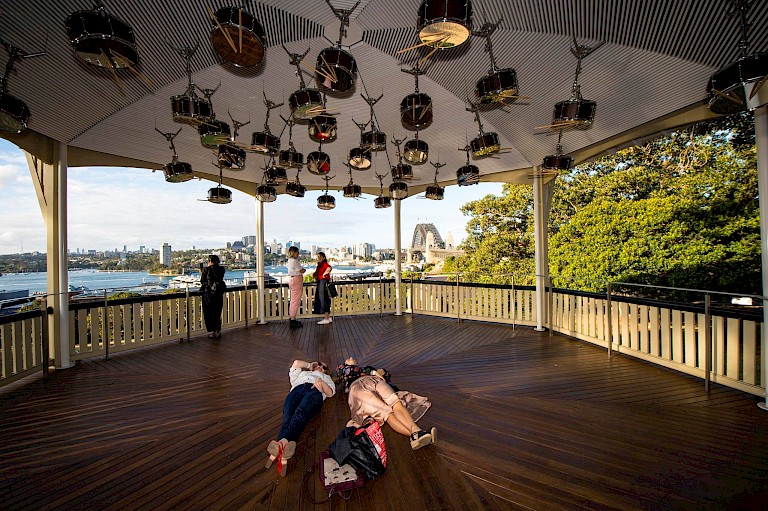