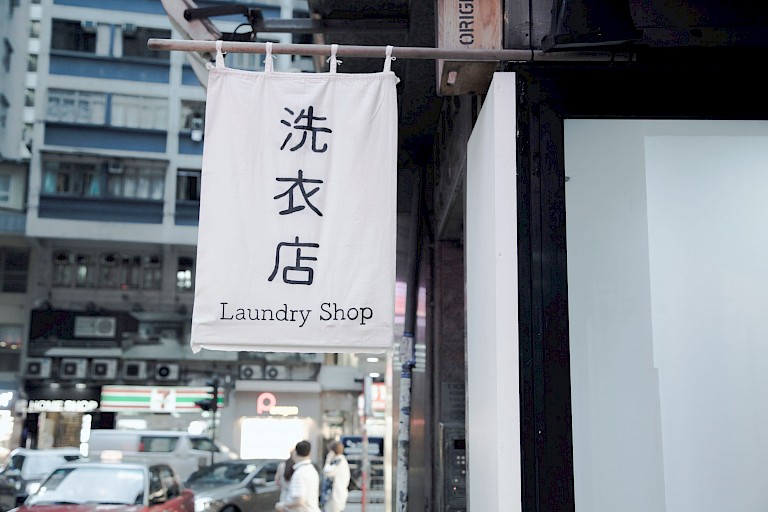 This is a site specific installation and performance in a two-by-twelve-foot space rental unit on the ground level of a “Chinese building” in a back alley in Causeway Bay, Hong Kong. This kind of space is also known as “stairwell shops”. They are typically located under the stairwells of three- to ten-storey buildings. They have been integral components of the streetscapes of Hong Kong but have been rapidly disappearing due to urban redevelopment. This space was rented by Yang Yeung, researcher of this case, on a two-year contract from July 2015. Named A Walk with A3, the project, primarily aimed to compose experimental projects with artists to defend the right of art to be an integral component of pedestrians’ experience of streets in Hong Kong.

The Laundry Shop is the creation of a service for the public in exchange for an experience of nature – for the artist and for the participating member of the public. The artist became the laundry worker from 3-6pm, 3 days a week during May 2016 at A3.

The first stage of the project involved the artist installing announcements for the free service of washing clothes. Anyone could respond to them, distributed also on Facebook and the project website. The shop was different from ordinary laundry shops in which there was no machine, but only piles of white clothes. The setup was in stark contrast to the way clothes are displayed in spot light and a decorative fashion in nearby boutiques. In the second stage of the project, the artist collected clothes from participants, which became situations for social interaction between the artist and her friends and strangers. The artist then hand-washed the clothes with organic soap in farther corners of the city where the built environment was less dense, allowing for more sunlight. She then brought them back to A3 and scheduled for those using the service for pick-up. This exchange was actualized over four weeks. The last part of the project was an exhibition at A3 of the documentation of the project.

The artist has not kept all the contact details of around ten people having used her service, but from an interview, she recalled how she was asked such questions as whether the service was truly free, or if she was a real laundry worker because of her delicate hands. There were two particular participants she had a closer connection with, which I will elaborate on below.

In a place where the formation of public culture aiming for public well-being is continuously challenged by processes of infra-structural construction, demolition of whole streets and their fabrics of life, The Laundry Shop generates conditions for bodies and lives to be touched. Using clothing as the medium, the artist touches her ‘audience’ at close distance, endowing their daily lives with a renewed sense of nature, specifically as the right to sunlight and fresh air. The the project affirms the importance of at least three values sidelined in public life. First, the ardor of domestic labor. Hand-washing clothes is generally a woman’s chore and perceived to be taking place at home, private and invisible. Rendering this chore as a public service is a subtle vindication of the lesser known labor to be recognized.

Second, the right to access nature. The artist acts as a tentative guardian of nature, generating an aesthetics of sharing rather than owning. Third, the idea of her shop challenges other shops in the neighborhood by offering nothing to sell, but only gifts as services and invitations for dialogues. Place-making requires raising awareness on the presence of place and its potential. The project introduces into public reasoning what might be missing for reflection on public well-being. Two participants’ memory of the project provide evidence on the affective quality of the project, which also articulates the project excellence. One participant was Eve, whom, for this research, the artist and I met. Eve was a contract security guard for a construction site near A3 during the project period. She noticed The Laundry Shop while walking towards the bus-stop where she caught a bus home every day. She said of being curious about the service and thought it was no harm trying - her security guard uniform needed to be washed anyway.

The artist shared with me that she felt it was wonderful her art could have a dialogue with a part of society that she would not have otherwise connected with. She also found it important that Eve was a migrant moving to Hong Kong from Taiwan during the 1950s. The artist interpreted this experience as relating to Eve’s openness to new experiences, something she conjectured that the current sentiment of cynicism in Hong Kong society would not have produced. Another participant Lulu Ngie is an artist. She brought her cat’s jumpers to The Laundry Shop after finding out about it on Facebook. She immediately thought of her cats when the idea of sunlight was mentioned by the artist. At the time, Ngie had just adopted a new kitten. She named her “Good Morning”. The kitten was saved by a cat volunteer in Tuen Mun in the north-western part of the New Territories. Ngie associated the warmth that cats in general gave her and in particular, this new kitten, with the warmth of the sun that the laundry worker promised to bring to her service. Ngie said she was drawn to the process of drying than the washing in the project. She noticed how in such a congested part of Hong Kong as Causeway Bay, clothes - however thoroughly washed they were - tended to smell musty. The idea that they could be touched by the sun and the wind was refreshing. She said, “Tissues in the fabric of clothes are no longer tortured in the dark, and having dried in the sun, they return to my kitten. So for me, this is about cleansing not the clothes’ mustiness, but the entire city’s mustiness.”

Discussion with A3 revealed a core concern - how nature and the artificial environment met in urban space, and how the latter might dominate and sideline the former. Considering the artist’s vision in creating conditions for nature to inhabit and at times show the limits the artificial posed to human experience in the urban environment, it could be argued that The Laundry Shop both continued with the vision but also extended it. In her past work in public space, the artist tended to work with natural materials like soil, transitional materials like wax, and create durational direct intervention in such public spaces as zebra crossings and roads for vehicles. She often worked alone without involving others in the shared space. In The Laundry Shop, social interaction was involved. She was also taking direct action in creating a micro-economy of exchange with these interactions: the exchange was not only symbolic but also in material form. In this light, The Laundry Shop aligns with the vision of A3 to highlight the non-commodity aspects of art in public space, and in this case, a gift that could be exchanged for a competing common good. This matching of vision could be regarded as the ‘criteria’ for choosing to actualize the project on both sides – the artist and A3. The project was privately funded by A3 with a standard artist honorarium and venue sponsorship. 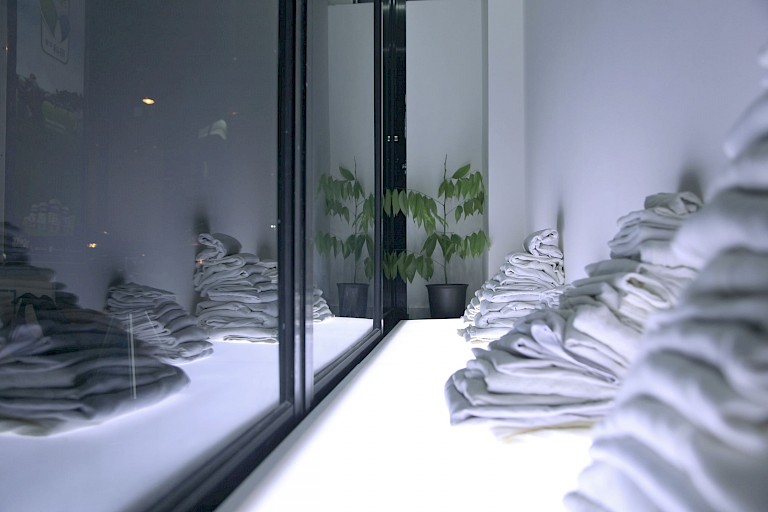 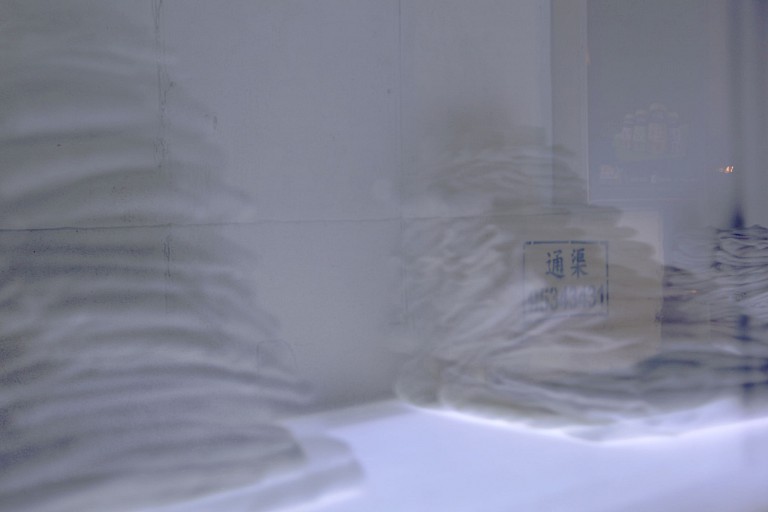 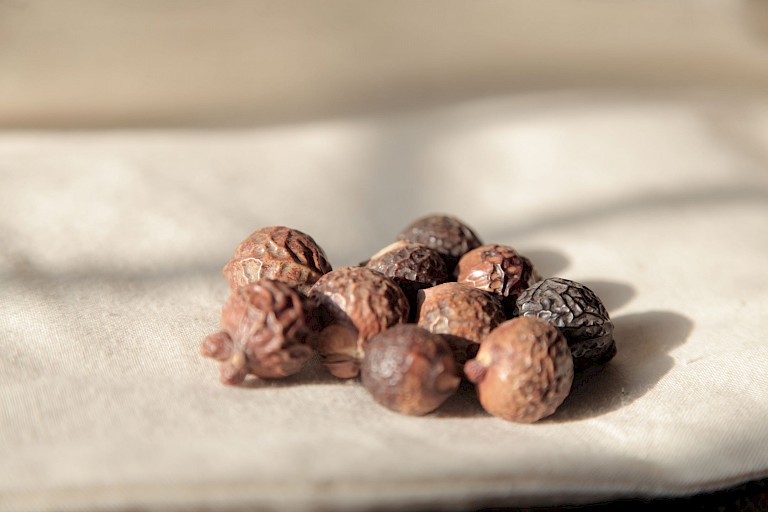 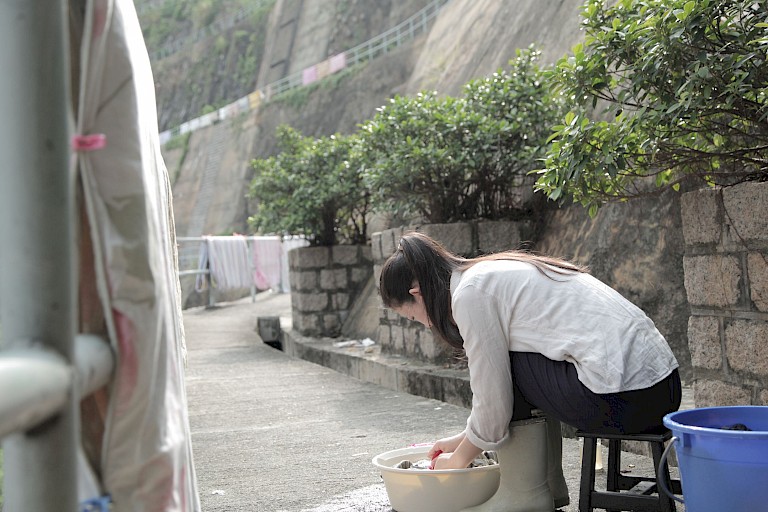 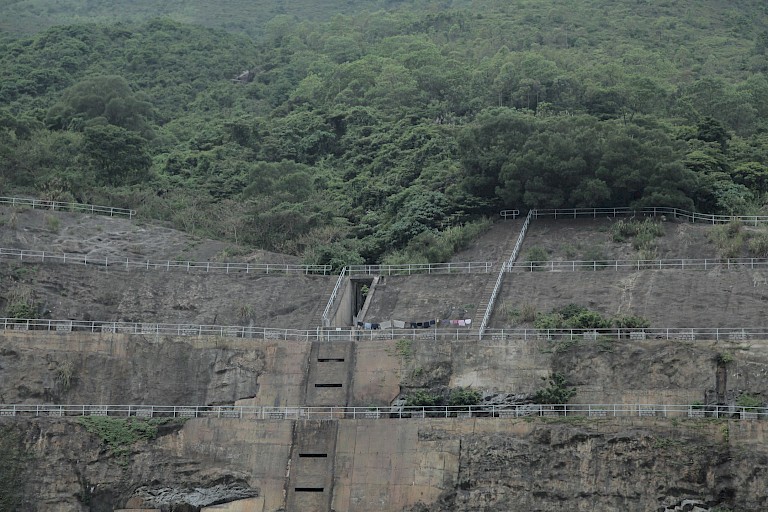 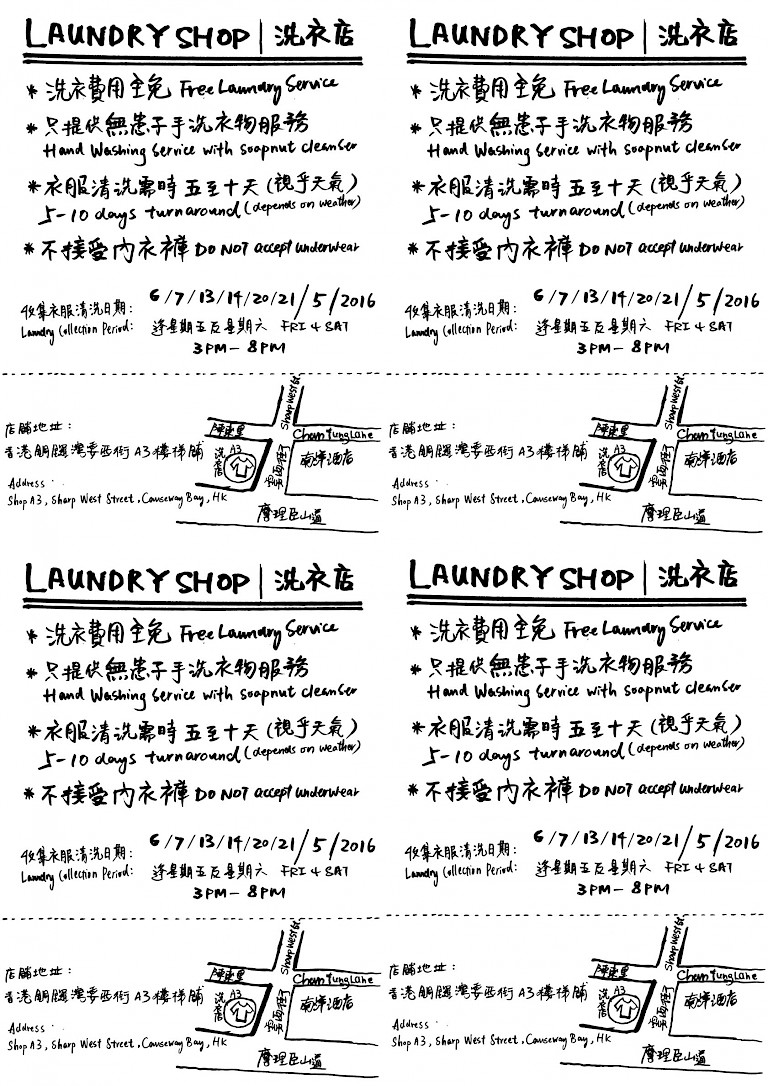