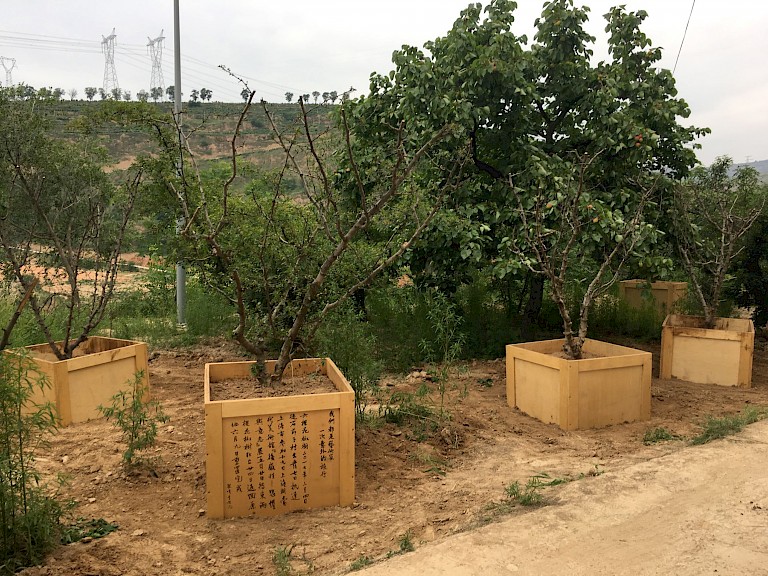 The Shijiezi Art Museum is located at the Shi JIezi village in which is Loess Plateau, as a part of Gan Su province. The village is considered as the whole museum. Each family is functioned as the exhibition halls of the museum. The name of the Shijiezi Art Museum was carved at the entrance of the cliff by local residents. Due to the inconvenient transport and poverty, the village had been ignored for a long time until art projects were intervened into the village. The project initiator Jin Le was brought up at the Shi Jiezi village. He left his hometown at the young age and gradually became an artist and lecturer of Northwest Normal University in Lanzhou. But his artistic practice always related to the village. In 2008, he decided to create a museum for the villagers, and he was appointed as the head of the village at the same year. The ShiJiezi Art Museum is the first village-based museum in China. The population of Shizijie is about 60 people, which consists of 16 families. They are the main visitors of the museum.

Jin Le dedicated to work the museum for more than ten years. He has invited international artists to visit the village and collaborate a series of events and exhibitions, which artists worked with local residents in making site-specific artworks using local materials. These fruitful results were the gifts for the villagers which they had the opportunity to learn and enjoy the arts. The ShiJiezi Art Museum also attracted the local government. Later the village was funded to improve the public facility such as solar-powered street lighting, road, running water system and electricity.

The project Fly Together was founded by the artist Qin Ga and Li Baoyuan in which emphasized the importance of collaboration between artists and villagers. Without any fund-raising and strategy, the artists found a random way to work with local people. Through discussion and living together, they built trust to create the works. The project addressed the issue of the connection of poor, remote village to outsiders. It also questioned how art could develop without capital.

“Art has given me self-confidence,” Li Baoyuan, 51, a resident of Shijiezi. He was one of the first participants in the project Fly Together. Indeed, like the residents of shijiezi had less opportunity to obtain education and less connection to outside. The Shijiezi art museum was aimed to serve the local people that broaden their perspective of the world. Meanwhile, the idea of participation was crucial which brought villagers at the whole process of creation as a part of autonomous education.

The shijiezi Art Museum was exposed by a number of international exhibitions. For example, Jin Le brought the Shijizi project to participate Documenta, Kassel in 2007 and also involved the group show at Yuanming Museum. Collaboration with significant artists was also a method of branding. 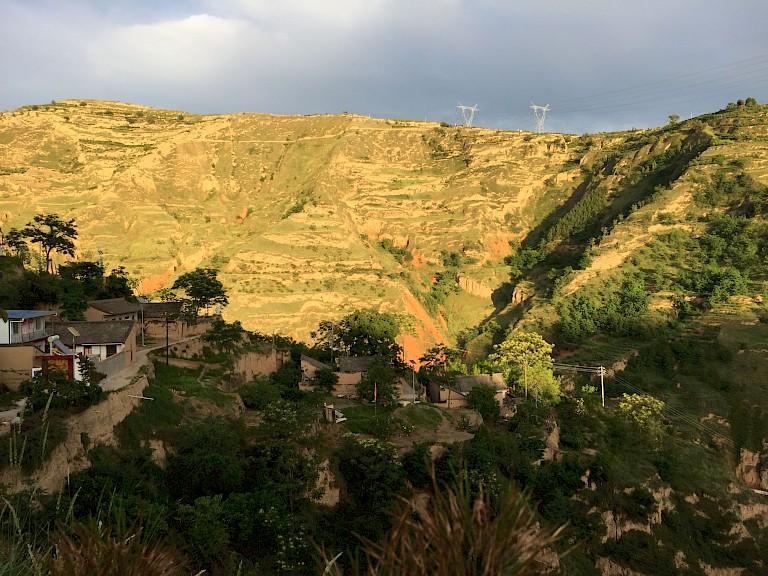 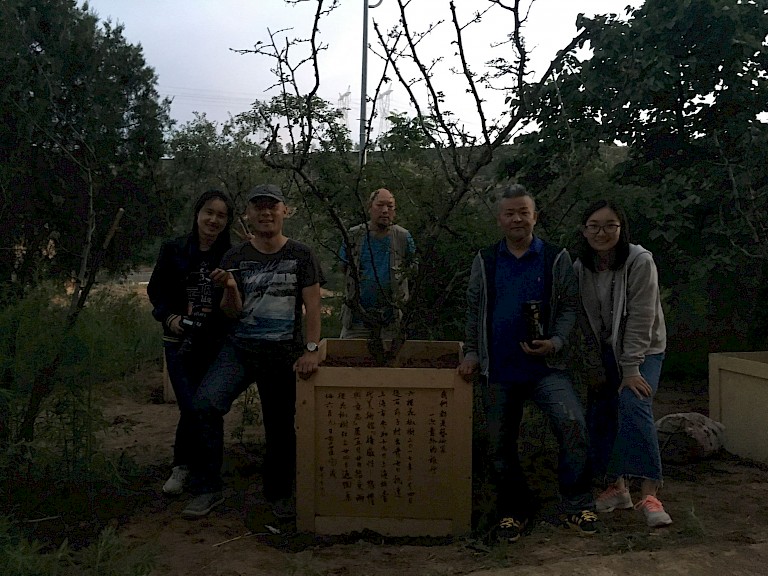 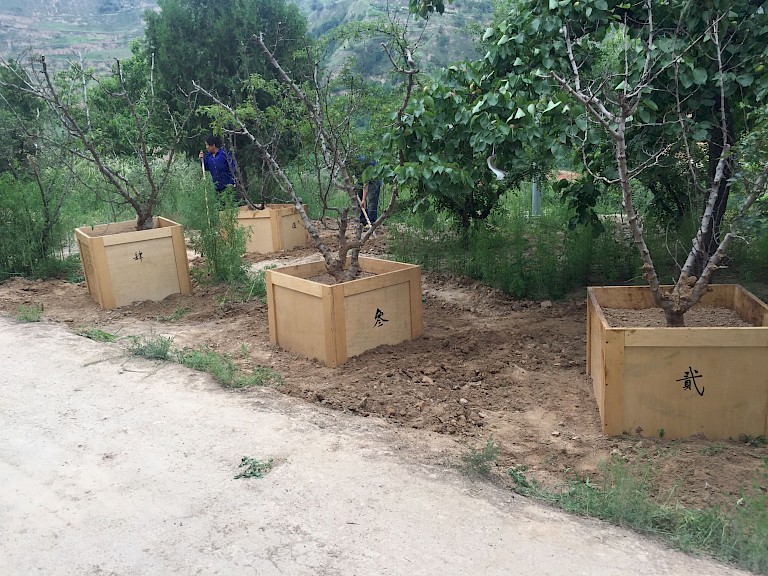 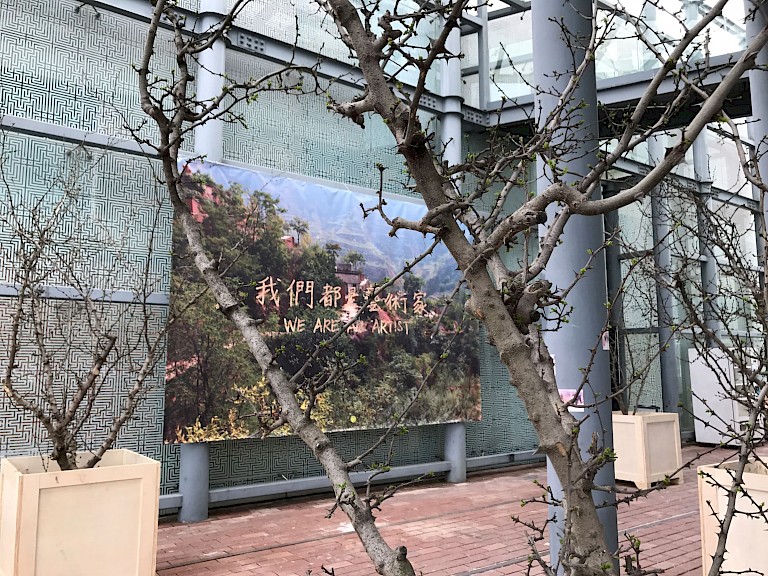 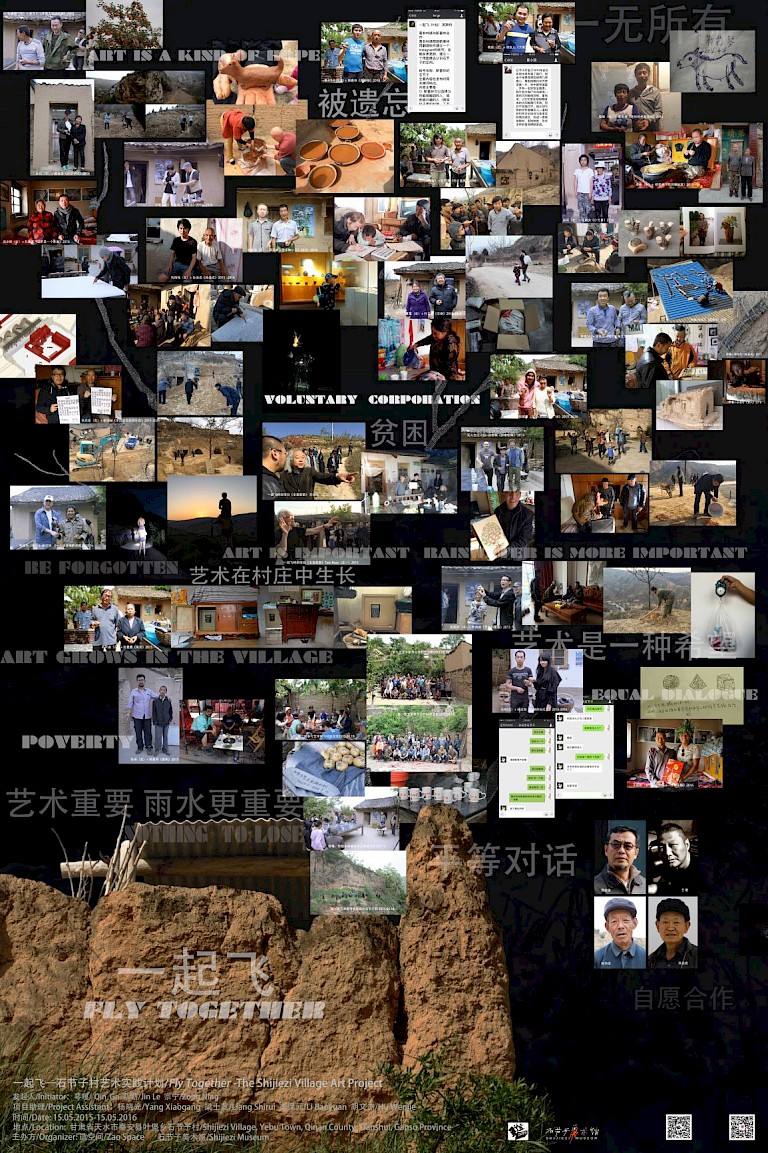