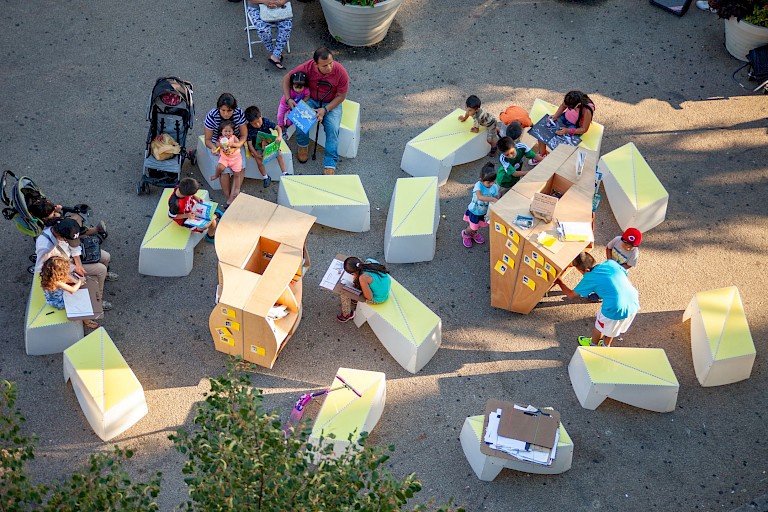 The goal of the Uni Project, started by non-profit StreetLab, is to bring people together and provide a bridge for strangers to interact through a variety of activities by tapping into universal values, like learning. This ongoing project started with an idea by two artists to create a pop up temporary library circulating books with volunteers. They realized they loved the simple fact that when people see things at street level it affects their psyche. What we see in public matters, and the Uni Project was born.

The Uni Project’s first iteration was a pop up library. What else happens behind walls that people don't get to see that is important to people and reflects their values? What else can we bring outdoors? The Uni Project allows for a platform in public space that doesn’t need to have the overhead of a physical space. How could this be brought to the places where people are?

Funding for the Uni Project started with Kickstarter, and is now funded by individual donors and foundations with increasing amounts of support from government and local sources. It cost $20,000 to build the first iteration. Architects were brought on to design a big, striking installation, as the symbolism of library is just as important as the transaction. Design is important to the work, and architects made a big art installation of a reading room at the start. This creates a relationship of dignity, respect, and function. They iterated and tested designs to make it more portable and quicker to set up.

StreetLab popped it up and used volunteers, got donations of books in addition to books they supplied from their own collection. They began to reach out to community groups, and in 2011 popped up the library 3 times in New York City. They then started getting calls from community groups around the city asking for it to come back. Since 2011, the Uni Project has popped up 500 times all across NYC.

The Uni Project is focused on creating an experience for people, but also has become a service. The project responds to request from community groups, and also aligns with city initiatives. This has led to partnering with farmers markets, arts and culture organizations, parks departments, social organizations, and neighborhood organizations.

It took three years to figure out how to make the pop up library functional and easy to move around the city, and how to deal with all of the logistics associated. After figuring out these practical elements to the project, StreetLab wondered what else they could do now they that had figured this all out? They went back to the creative part and looked at the city and public spaces s an opportunity, and partnered with groups that are trying to improve their neighborhoods through programming to help address various problems. StreetLab is now thinking about how to expand to think about other types of programming on a city-wide scale, and has expanded into other programs, such as a drawing studio, or exploring urban nature with microscopes, specimans, and magnifying glasses.

StreetLab believes that impact has to be felt in the moment. People are transformed in the moment that they interact with the Uni Project, and they become readers, learners, and artists in public spaces in front of everyone in their neighborhood. You can see that they feel good from that experience. It's tied to how you can form your identity. The Uni Lab transforms the physical and visual environment while being there and interacting with people. Through this, the project is creating dramatic change in the neighborhoods it visits by changing the way people think about their own neighborhoods. Working with community groups changes what people expect from public space and from their neighborhood, and can open up opportunities for services and materials that people are missing. 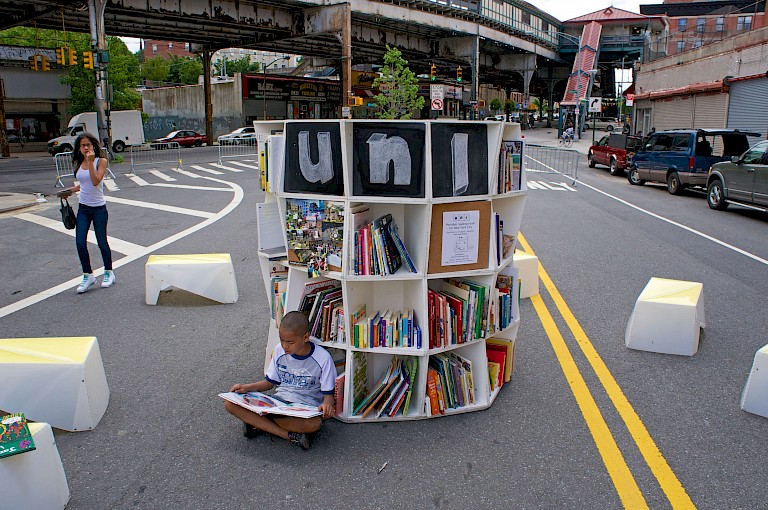 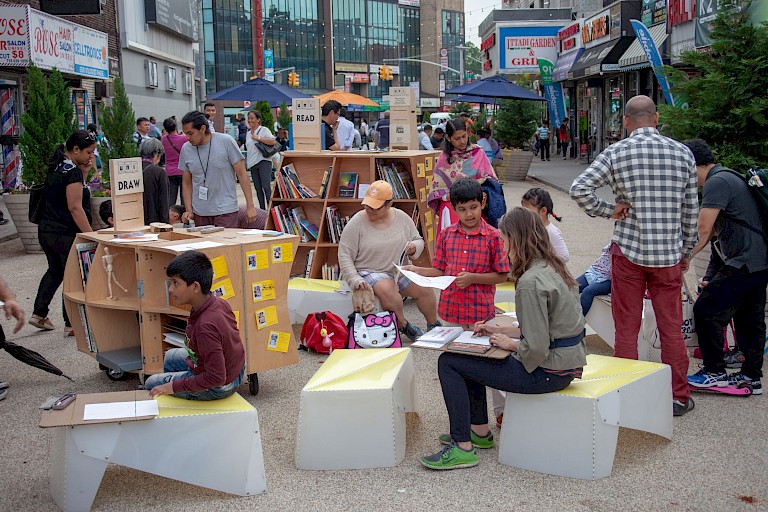 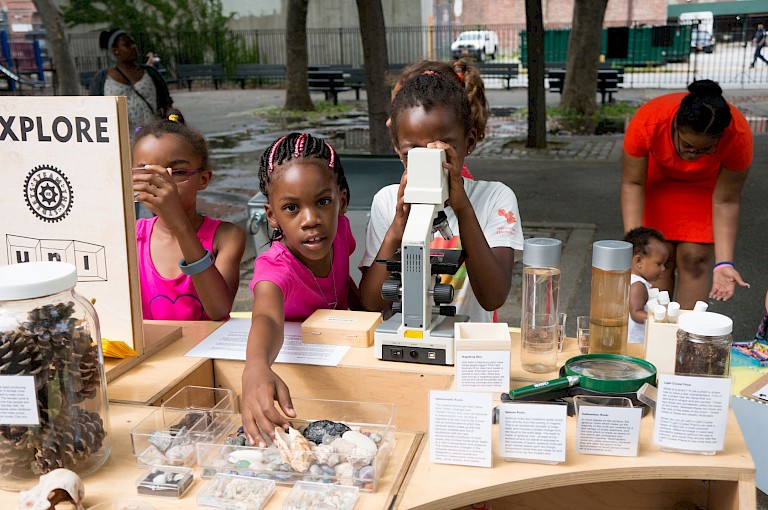 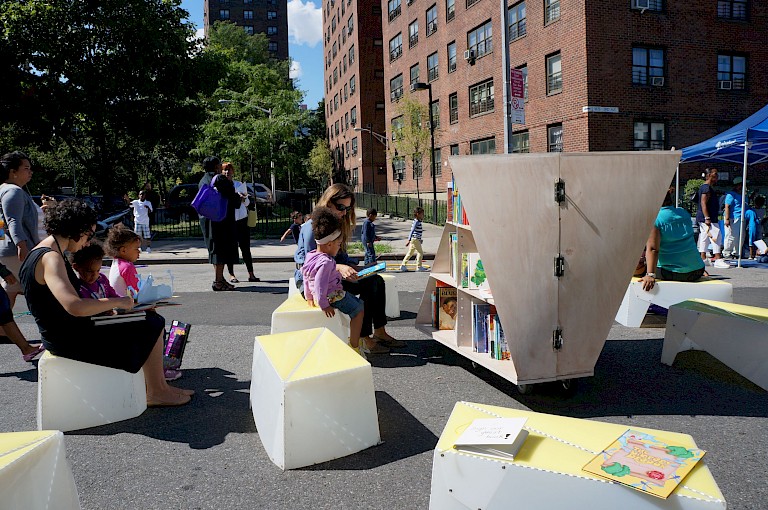 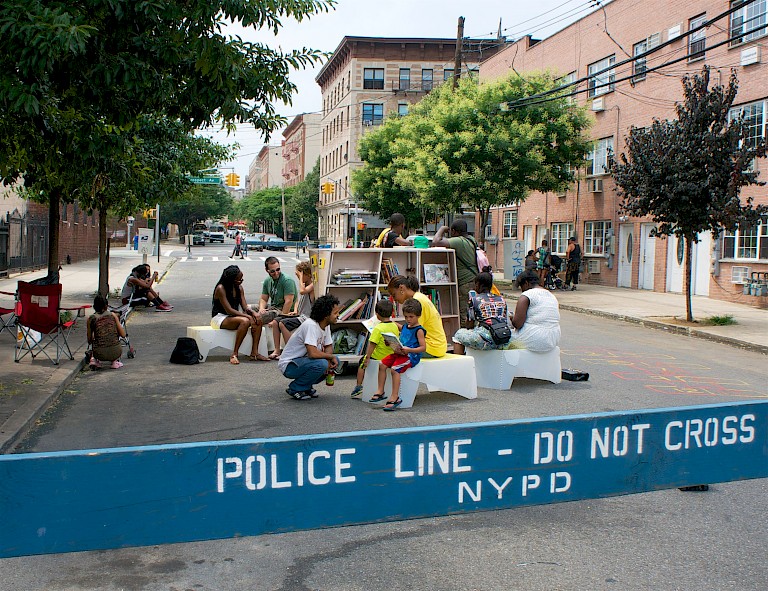 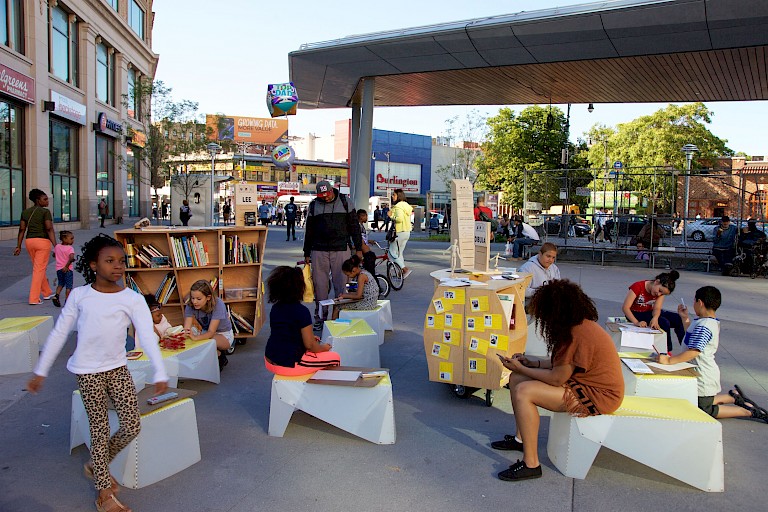 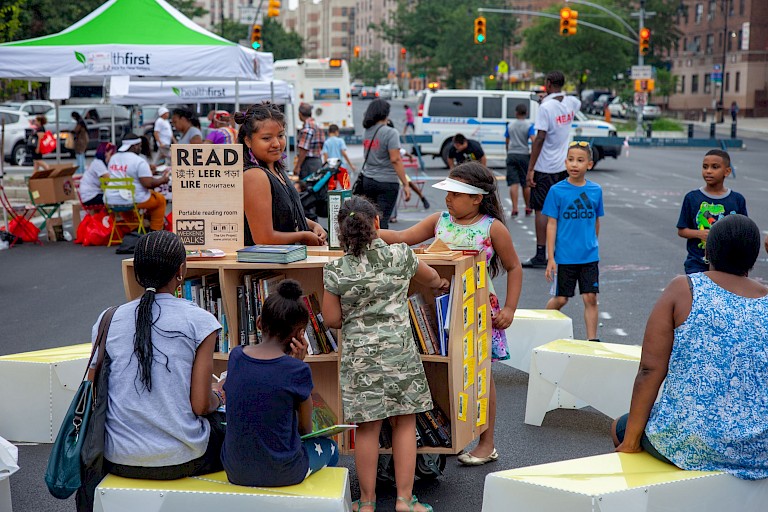 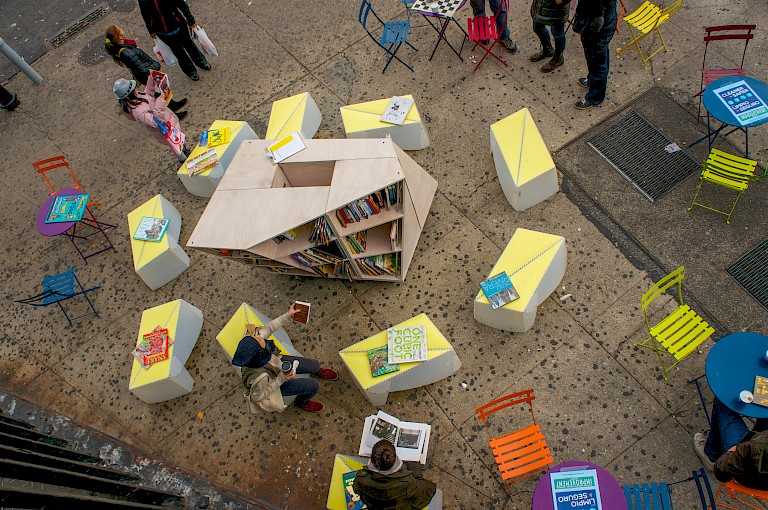 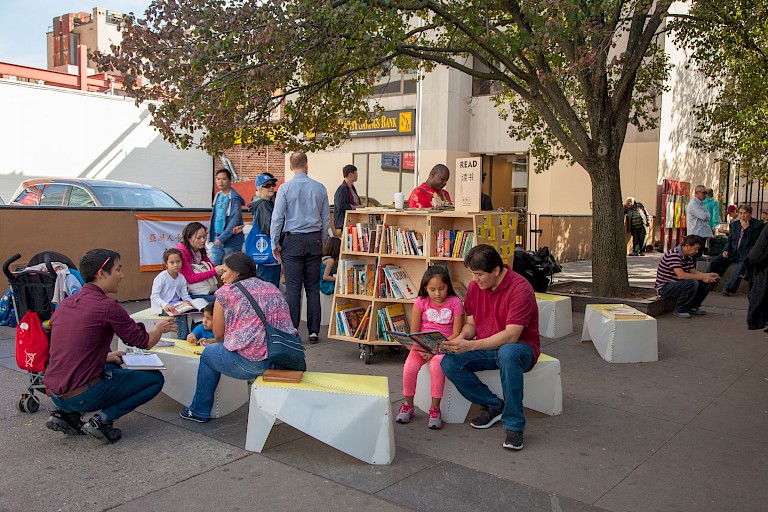 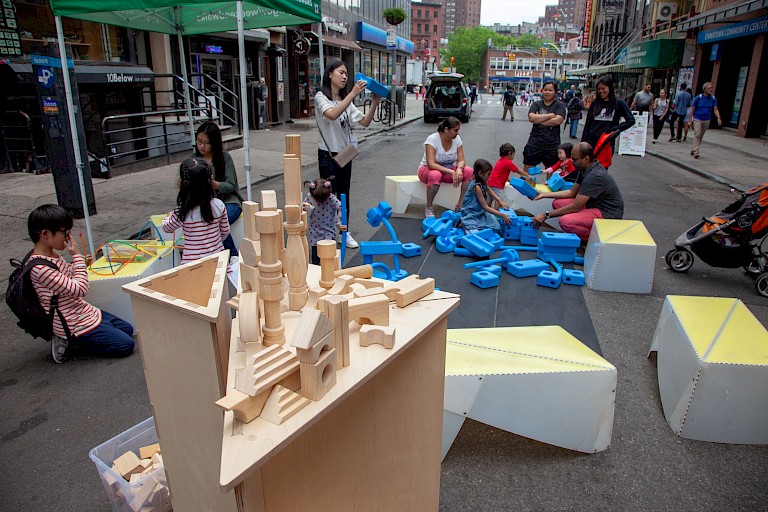