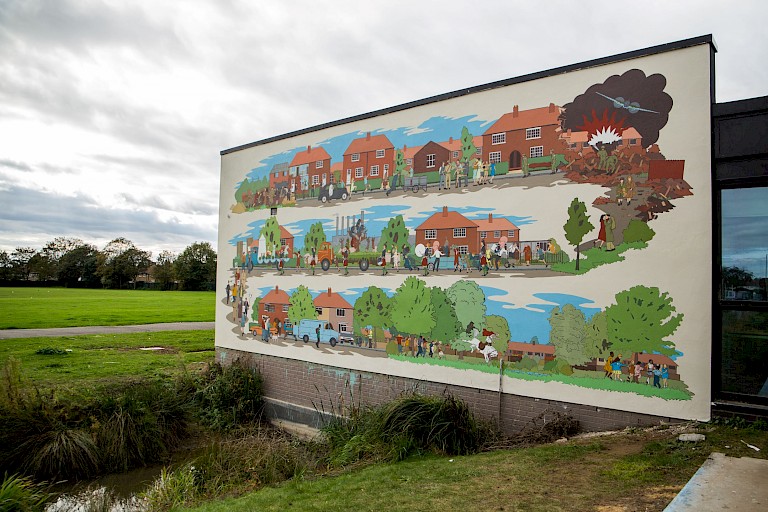 This Used to be Fields

This Used to be Fields is a permanent wall mural created by residents of the Beacontree Estate in Dagenham, together with artist, Chad McCail. The mural drew inspiration from a new archive created by the residents of the Estate, which unlocked a wealth of information about the site history and contemporary use and residents.

The Becontree Estate was built in the 1920s and 1930s to re-house people during the slum clearances in East London and to house soldiers returning from the First World War. It is one of the most striking examples of the scale of social change that occured in London at that time and it was the largest housing estate in the world at the time of construction.

A programme of events was led by Historypin and supported by the London Borough of Barking and Dagenham Archives to enable local people and organisations to contribute photographs and stories for an online archive about Becontree's history and life today. British artist Chad McCail was selected from a shortlist of artists by local residents to create a new permananent public mural using this archive.

McCail’s first ever mural presented a multi-layered history of the Becontree Estate from it’s inception in 1921 to the current day informed by his many conversations with local people. The internal structure of the work was a winding Becontree street. In the foreground he represented the changing minutiae of day to day life for example the first inhabitants with the clear signs of the ravages of poverty and WW1, the arrival of Ford Motors followed by it’s rapid departure, the impact of Right to Buy in the 1980’s on the facades of houses and other significant cultural and political events such as Gandhi’s visit to Kingsley Hall. Also included in the mural were the personal stories of early and current residents of the estate and depictions of local people McCail met throughout his time making this new work.

McCail was selected by local residents from a shortlist of three artists to create a new mural on the Becontree Estate. He worked in collaboration with Historypin and Create, and the residents of Barking & Dagenham, to build a digital archive of photos and stories from the people in the local community to construct the mural's subject matter.

Following a winding Becontree street, McCail’s mural transports viewers through the area’s rich history, from WW1 to the arrival, and rapid departure, of Ford Motors to political events such as Gandhi’s visit to Kingsley Hall, alongside the personal stories of those who live in the estate.

This Used to be Fields has been commissioned by the Barbican with funding from the Arts Council of England and additional support from Creative Barking and Dagenham. Becontree Estate in Dagenham was selected in response to research revealing that this place had some of the lowest levels of participation in art in the UK. The budget came from a Barbican Arts Council Grant for engagement with communities in East London and some of Create's own Arts Council England funding and finally a small top up from a local art fund, Creative Barking and Dagenham which is aimed at increasing engagement in the arts in the borough. Create invited four artists (and paid them) to make outline proposals before taking these and having face to face interviews with us and local residents. 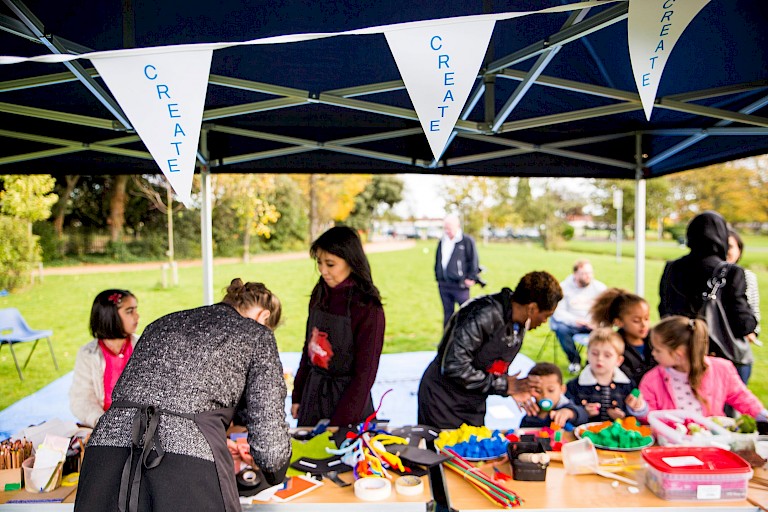 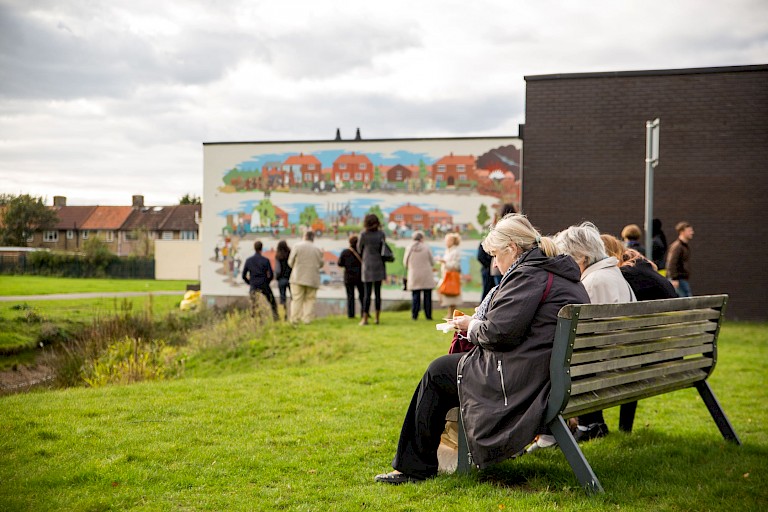 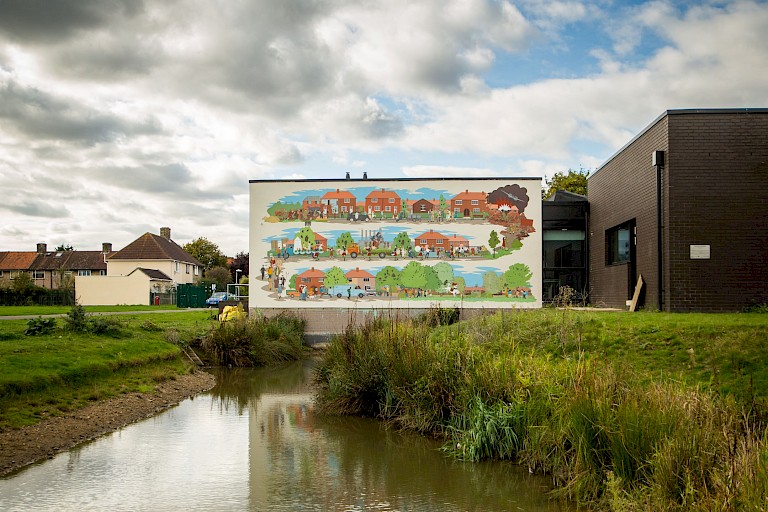