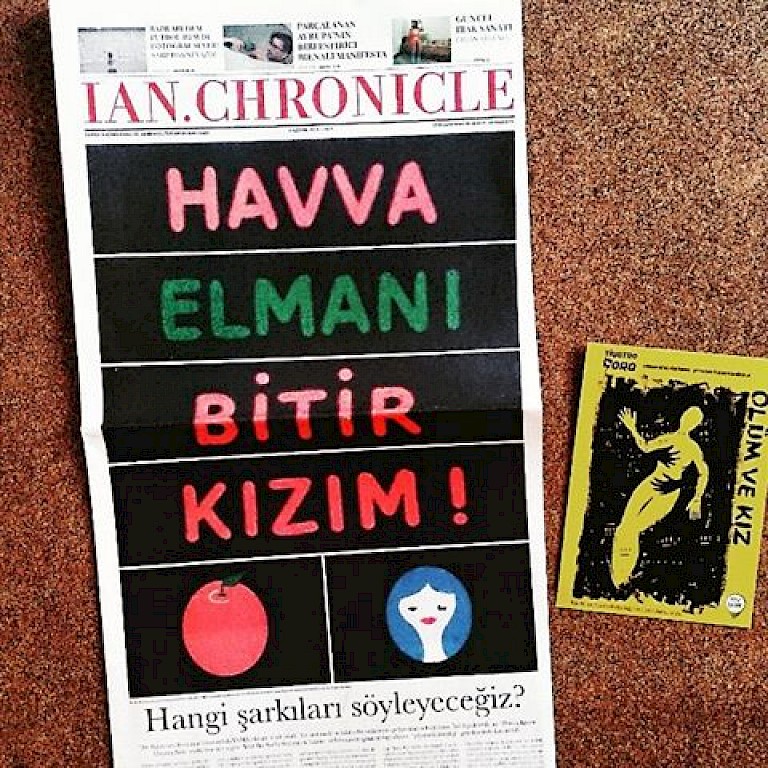 Time to Sing a New Song

YAMA is a public art project in Istanbul that uses a 20 by 30 foot screen atop the Marmara Pera Hotel in Taksim as its platform. In 2016, the Turkish artist Işıl Eğrikavuk was commissioned by curator Övül Durmuşoğlu to create a work for the YAMA program. Time to Sing a New Song (TSNS) was the result, consisting of an animated video depicting an apple turning into a stylized woman’s face, alongside the text “Eve finish up your apple!” As the transformation of apple to woman is completed, the woman shuts an eyelid as if to wink at onlookers.

TSNS takes the religious and archetypal figure of Eve (common to Islam, Judaism and Christianity) as its subject, playfully inviting the public to question popular conceptions and portrayals of Eve (woman) as temptress and cause of the Fall. It urges women in particular to question gendered arrangements of power in private and public life. “We can say no to existing gender codes and roles, to gender stereotypes, and hierarchies.” For the artist, this message is best understood in a context where “every year almost 300 women are killed by men, mostly by their partners or relatives.” Many of such killings involve women bringing “dishonor” to the family in some way. In a number of cases, men even receive lighter sentences at their trial by claiming that they were provoked by their victim.

Planned to screen one month after Women’s Day (March 8), TSNS opened on April 23rd 2016. Only three days later on April 26th, however, the work was shut down by order of the Municipality. According to some media reports, the shutdown order was issued because a complaint had been made that the work was “insulting religious views.” According to other reports, the Municipality considered that the video caused “visual pollution” and violated Urban Design regulations. In any case, TSNS did not screen again above the Marmara Pera Hotel.

Despite being shorter lived than intended, TSNS reached a wide and diverse audience not only in Turkey, but also worldwide. By virtue of being censored by the government, TSNS came to the attention of art news outlets including Art Asia Pacific, Artforum and Hyperallergic. The artist notes, however, that it was addressed originally to passers-by on the streets in the vicinity of the YAMA project, not art audiences. At the same time, Eğrikavuk says that the widespread news of TSNS being censored led to academics, artists and members of the general public expressing support in unexpected ways; she received many pictures and videos in which versions of TSNS were placed virtually in other public spaces, and people began sending her pictures of themselves eating an apple.

TSNS might be considered a successful work of public art insofar as it engaged a wider than intended public with the artist’s message and provocation. Perversely, the censorship of TSNS resulted in an amplification of the work through news and social media, as if to confirm the basic psychoanalytic thesis that the repressed always returns, very often with greater force. 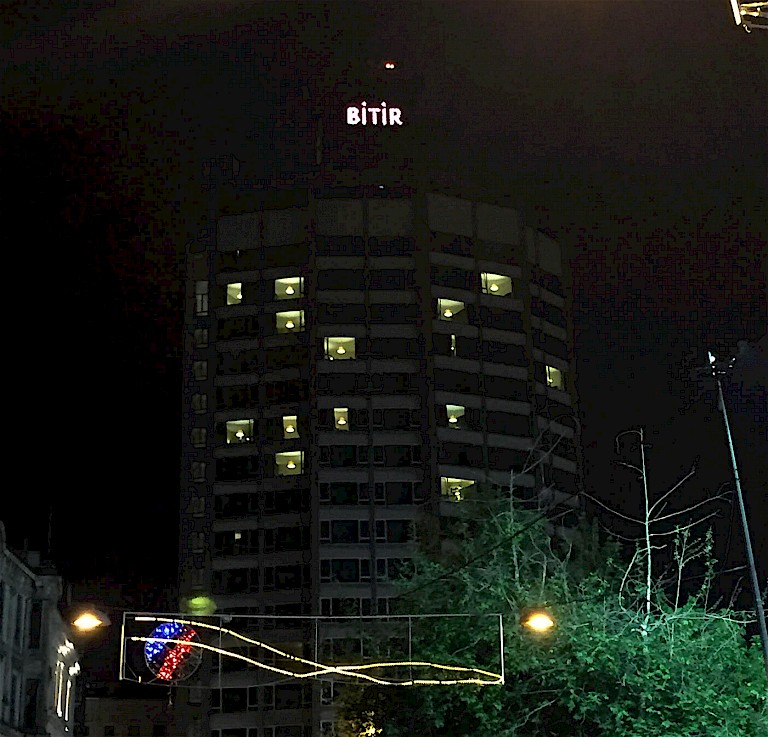 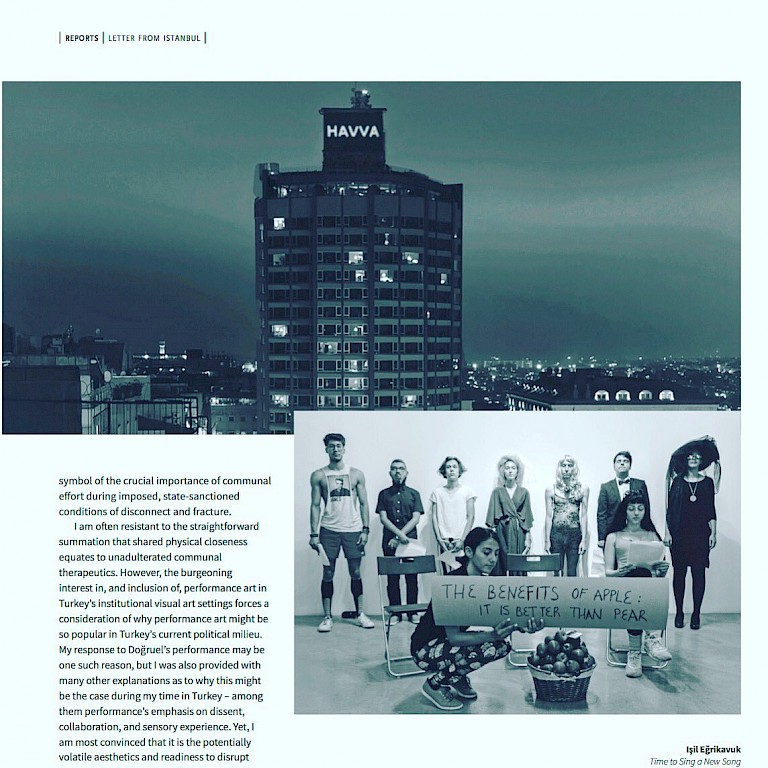