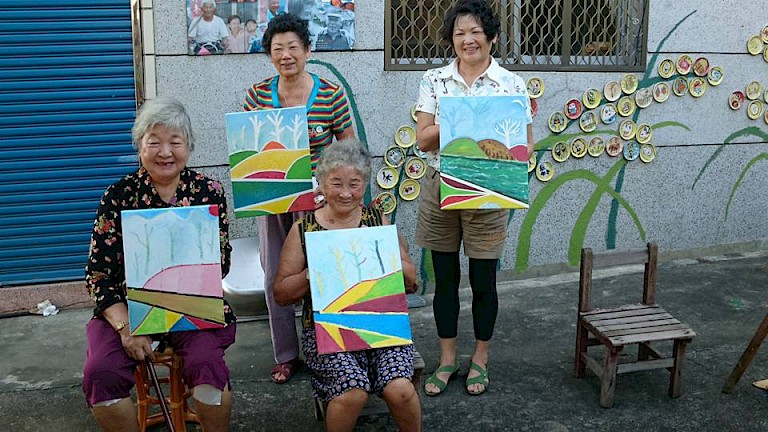 The Tugou Village is a traditional rural village whose residents live by farming. Under the comprehensive community development policy of Taiwan, the village head led the formation of Tugou Village Cultural Development Association in 2002, moving towards a self-creative rural public art and implementing projects like ox-cart street art, ox-cart installation, buffalo stone carvings, golden paddy field cultural activity, etc. In 2004, the cooperation with the Community Development Division of the Graduate Institute of Architecture, Tainan National University of the Arts started, which launched artistic beautification for dirty corners of the Tugou community. In 2006, the Tugou Village Cultural Development Association titled its achievement “Peaceful Zhuzijiao,” which received a subsidy from the Council for Cultural Affairs and won the Best Public Participation of the 2nd Public Art Award. It required a creative process involving both students and residents in joint efforts and a usable artwork for community residents in their daily life. In 2012, the Togo Rural Village Art Museum opened, organizing three types of works including original community development works, exhibited works by invited artists, and works by local residents.

The Togo Rural Village Art Museum is Taiwan’s first art museum named after a rural village, which is also the first time in Taiwan to have a museum initiated by locals who cooperated with invited arts groups. Art becomes a medium for locals to express their feelings about the land and ethical spirit. It breaks the form of artwork and museum as an entity, but considers houses as exhibit venues, fields and produce as creative media, and farmers as artists. It aims not to “transform” the community by art but to let art “cope with” the community scenery and local life, in order to represent native aesthetics of living.

Through local awareness and voluntary residents, the Tugou community attempts to use the concept of art museum as medium to let the outside world see the “earth ditch (tugou)” via art in order to serve local residents, change the community scenery, and strengthen residents’ sense of community and identity. It tries to transcend the community development model under the normal policy, and to realize the concept of “village is art museum and art museum is village.” Fields and produce have become the carriers of creation, while residents become artists. The scenery of this rural village “art museum” varies with the change of four seasons and the production of residents.

In 2002, the Tugou Village founded the Tugou Village Cultural Development Association based on environmental beautification-oriented community development. In 2005, as the Tainan National University of the Arts joined, students and residents started developing an artistic rural village. In 2006, in Tugou Zhuzijiao Settlement Art Reform Campaign, the concept of “art entering life (rural village)” was introduced to advocate “art is life, and life is art,” attempting to “transform hard-working farmers into elegant farmers,” from which another possibility of integrated management of art and rural village may be considered. At the end of 2012, the Togo Rural Village Art Museum opened, organizing three types of works including original community development works, exhibited works by invited artists, and works by local residents. 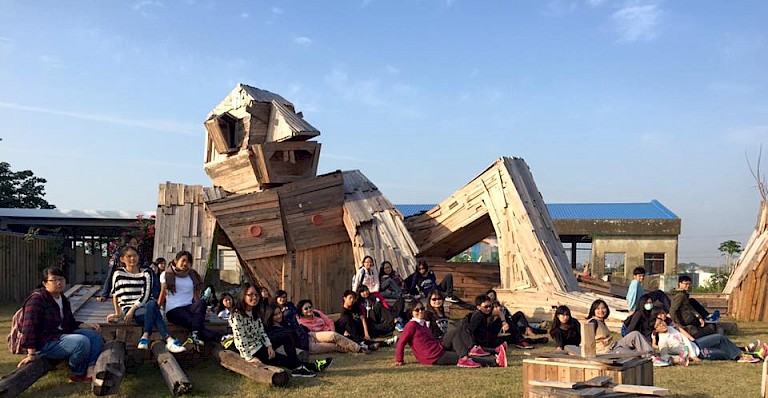 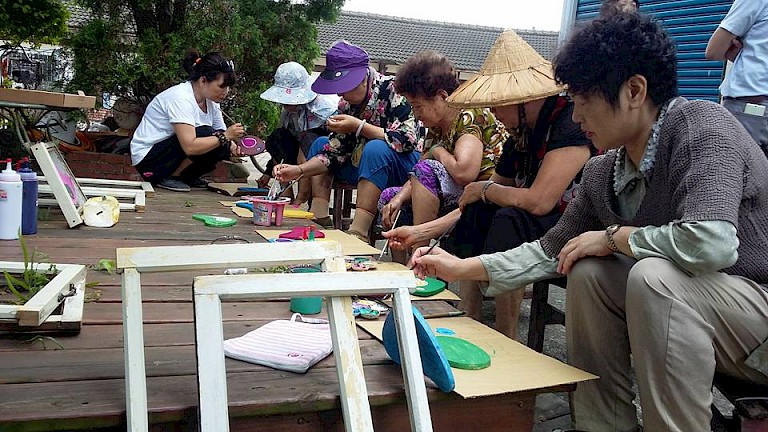 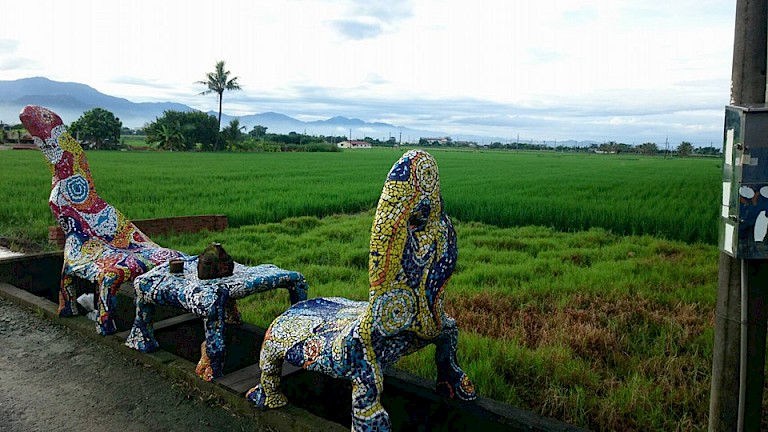 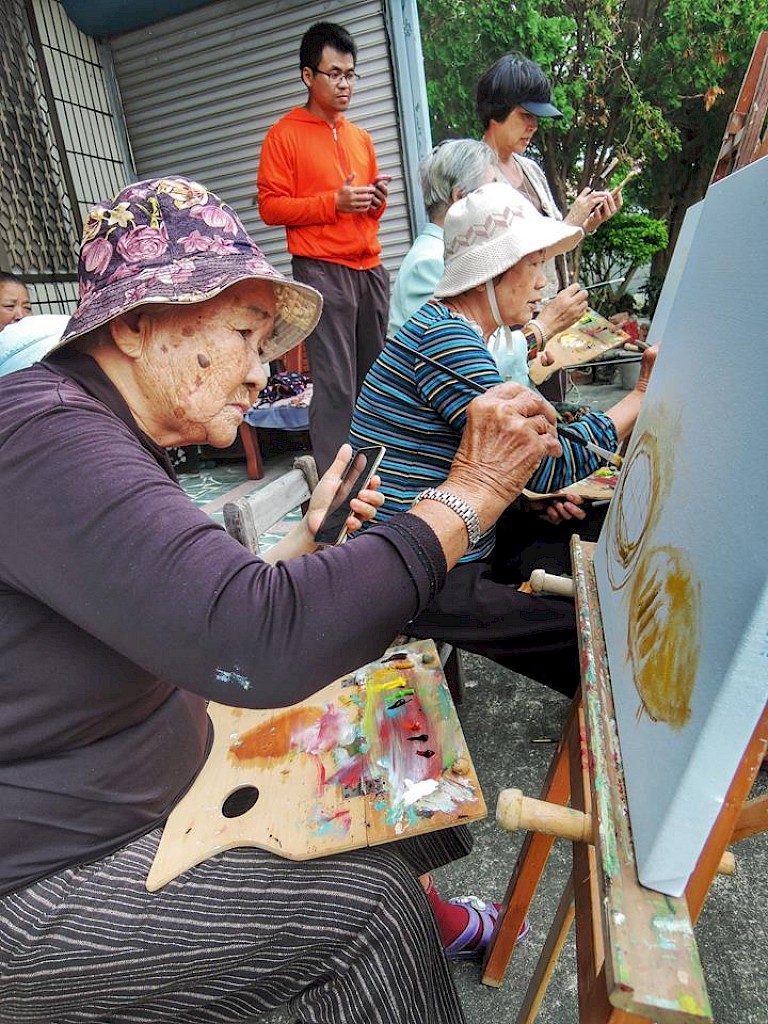