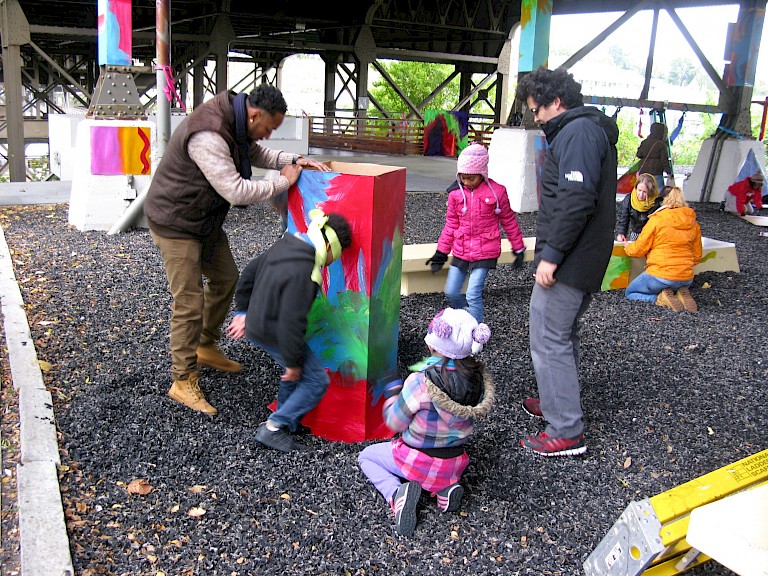 Urban Alchemy is a project underneath the Holton Street Viaduct in Milwaukee, WI that focuses on how a community can come together to determine the use and future of public spaces in their own neighborhoods, and bring people together from adjacent neighborhoods to bridge disconnection between race and class standings. The emphasis in Urban Alchemy was placed not on the physical outcome and transformation of the space, but the process which community members used to figure this out together, and breaking down barriers so everyone can be a part of the transformation.

Rhonda Hill, Greater Milwaukee Synod Church Director, saw a video of Lily Yeh and invited her to Milwaukee to give a talk. Keith Hayes attended this talk, and he and Rhonda paired up to invite Lily back to facilitate a workshop. Keith had been working on a project called the Swing Park, underneath the Holton Street Viaduct in Milwaukee. The park was small and accessible, right in the middle of two divided neighborhoods - one is impoverished, one is young and professional. These neighborhoods do not mix/cross. Wouldn't it be nice if we could do a workshop that invited people from different neighborhoods, across generations, and across disciplines to come together and do an installation at the Swing Park. The space is forlorn and formal, with lots of concrete. People go on the bridge to look at the view, but under the bridge is a lot of unused urban space that isn't accessible. Keith wanted people to have access to their own space in their neighborhood.

They saw this as the perfect opportunity for Lily to be involved. It could be something that wasn't threatening and would allow people to be engaged in a space, especially those who are more oppressed and disenfranchised, that they create together with their own hands and voices. Everybody who is interested can participate, especially if they have not participated in art programs before, and succeed.

Rhonda and Keith formed a group of artists from the Milwaukee area, with whom Lily did a training. After working directly with the core group of artists, Lily instituted another training and workshop with community members. The workshops emphasized collective visioning of what the space underneath the viaduct could be, and allowing community members to imagine and share what they would like to see in their environment together. Lily facilitated this visioning by giving participants pictures of the site and asking them to transform it – paint it, include seating, imagine activities that might happen then. All together the workshop participants discussed what they did and didn’t like, what it should be. They made decisions together, created a plan for implementation, and began production.

The entire process was a year-long program, ending in the community coming together to implement their ideas in the park. They used bright paint and fabric to enliven the space, and created a large sculpture that hung from the bridge itself. But key to this process was creating a democratic open and nurturing space to have an even playing field at the workshops. All voices and feedback were appreciated and considered.

Urban Alchemy enriched the artist community and brought people together to work on one project. This process and project awakened talent and creativity that was already there; the artists who were involved have been working on other projects in this community and their own neighborhoods, and are employing a similar method of getting community input first, then working through the process together.

The project shows how artists can create an open, inclusive, nurturing environment so that everyone can offer what they have, and be nurtured by the outcome. The process builds community and family. But the workshops are not enough – an important part of this project was moving the workshop into implementation, and showing the community that they can make something happen in real space.

Through trying to create beauty in broken places, the work transforms places and people. Urban Alchemy shows that if a project is about people, and figuring out how to elevate their situation and improve their lives, you will inherently build community in the process. Transformation happens because of all the programs, deep rooting, inclusiveness, working together, and taking people's quality of lives into consideration. The art makes that visible, art makes it seen and felt. 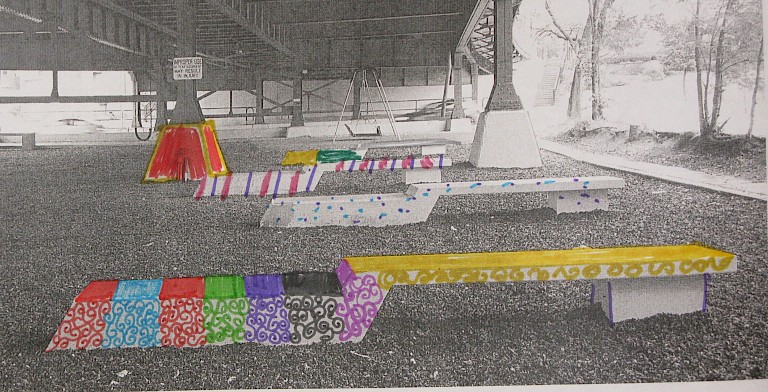 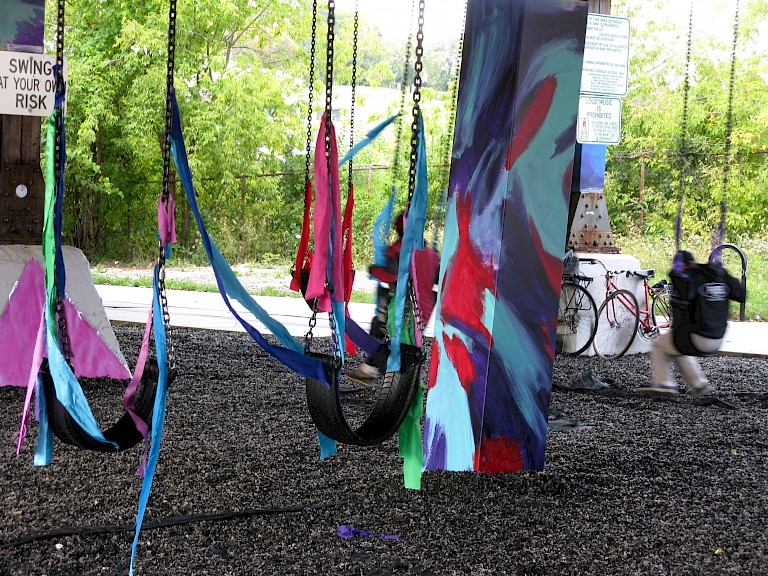 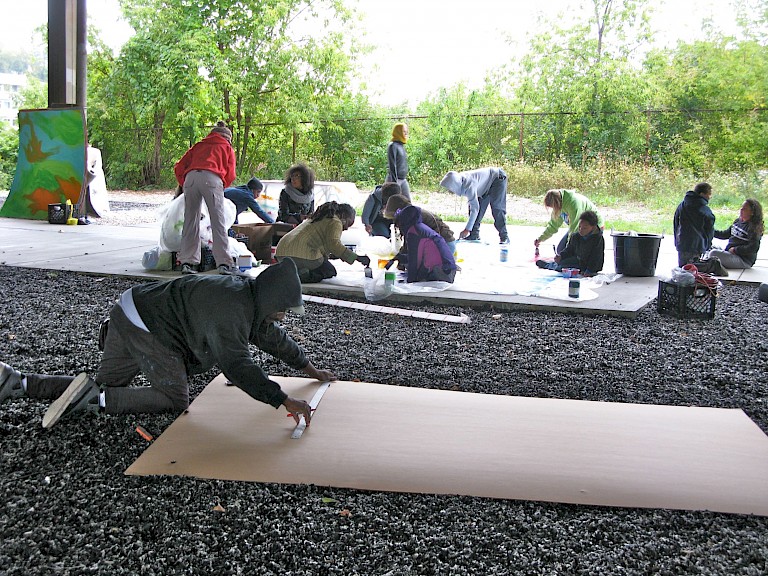 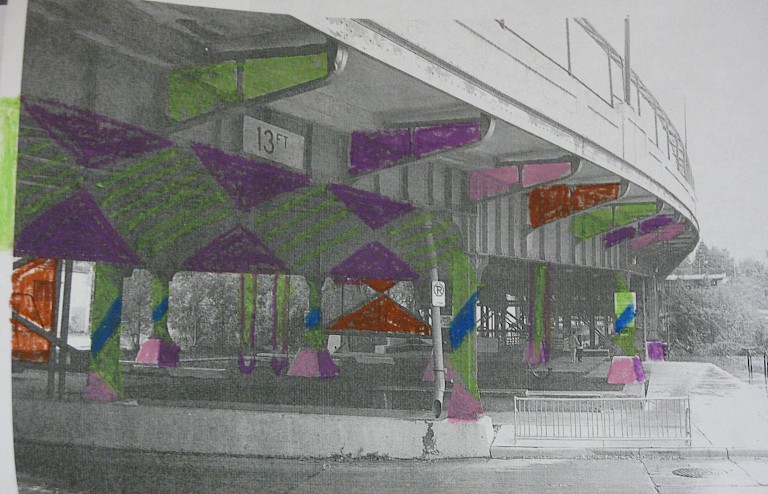 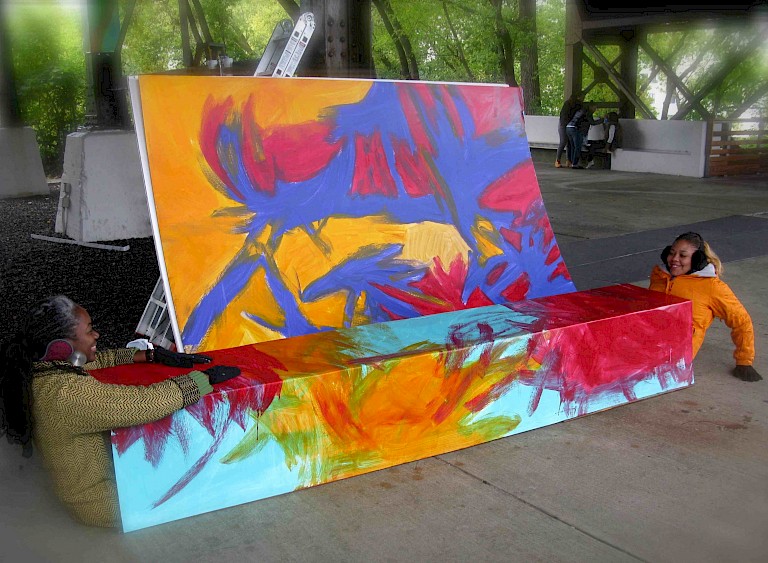 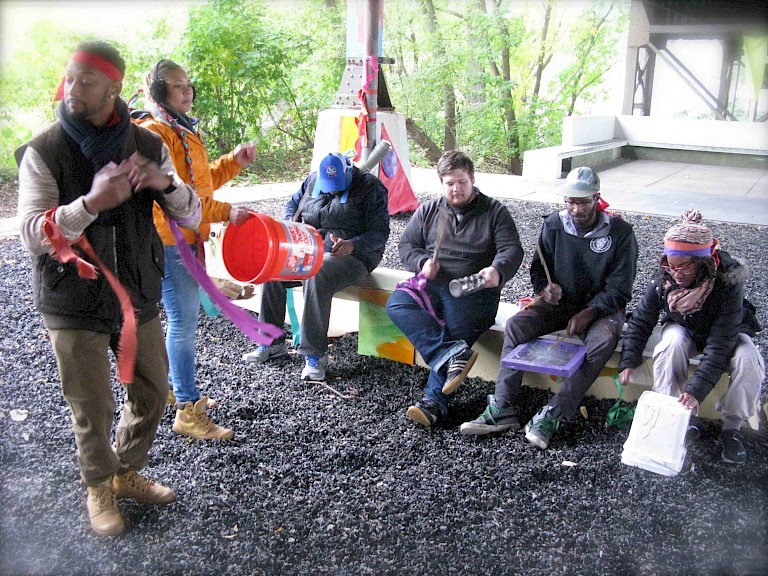 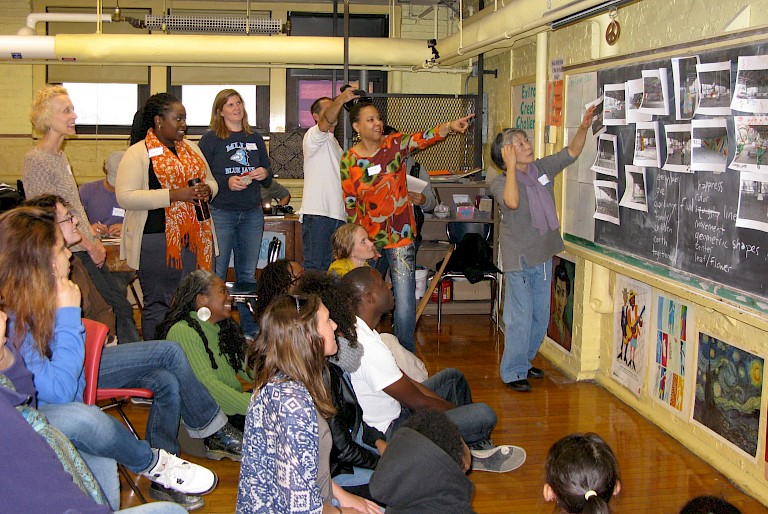 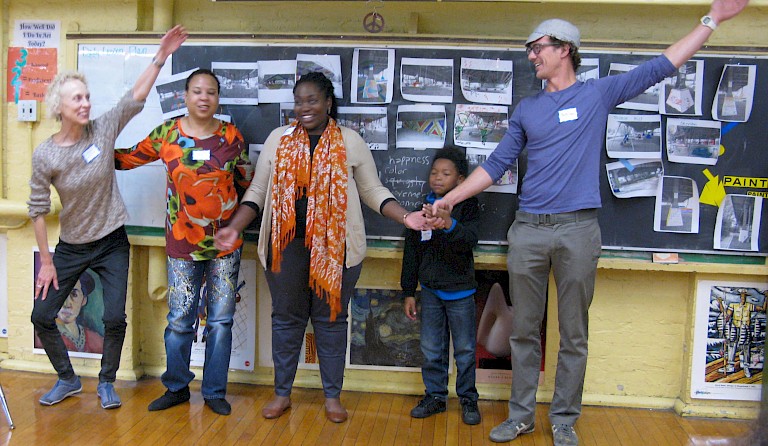 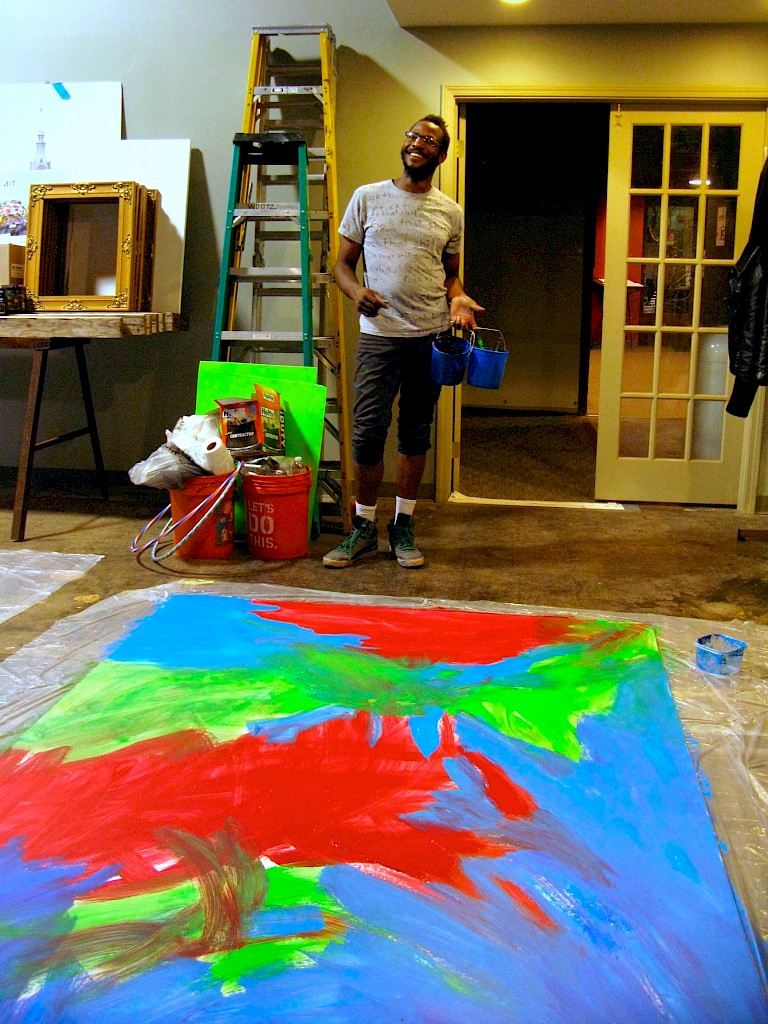