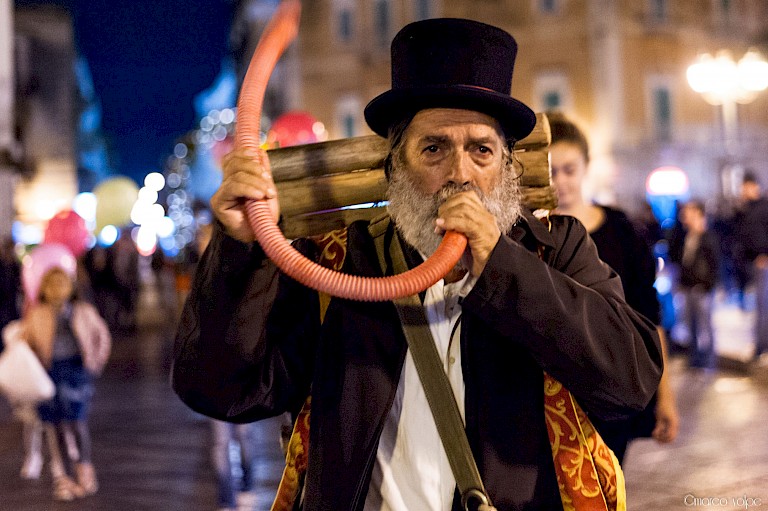 Italy, the cradle of Western civilization, theater, art and architecture, is today home to political and economic instability, including corruption, tax evasion, social inequality, public deficit and high unemployment, especially youth. South of Italy is paying this debt way more heavily than the northern counterpart. The regions of the South are in fact rich in resources but marked by complex social, infrastructural, productive and employment problems, conditions that even if underestimated by past governments, emphasize and rarely legitimize the social economic gap with the northern Italy. In recent years, southern Italy, according to ISTAT data in 2017, counted 19.5% of youth unemployment in Southern Italy: three times the unemployed compared to the North. One consequence of this condition is the phenomenon of emigration, the so-called brain drain. This is the fate that has touched many cities in the South, including Corato, origins of which date back to the third century. A.C . Corato, is a small city of about 48.000 inhabitants to which the migration phenomena caused a disuse of housings and a state of architectural decadence, especially in historical side. The cultural association “Lavorare Stanca” (Working is tiring) was born in Puglia in 2014, from the ideas and delusions of some young citizens of the city of Corato, who felt unable to follow the same path of others youngsters, who were leaving the South to find better job opportunities. The statement of the association claims “Lavorare Stanca has no objectives, but desires, drives. Lavorare Stanca does not seek confirmations, but upheavals: interior and collective, constructive or catastrophic. The way to go is that of the sacredness of places and things, of human relations, of the relationship with the town, the landscape, the arts and the professions. The primacy is of perception, not of opinion. Our president is a cat.”

In 2015, Verso Sud Festival (it can be translated to “Southwards” or “To the South”) was created by Lavorare Stanca, with the aim of bringing the attention back to the abandoned places of the city, to recreate the connection and sense of belonging within the territory. The festival, which took place during 2015 and 2016, consisted in site-specific street poetry, street art and live performance. About 50 national and international street artists took part at the events, attracting the participation of locals and people even from the cities nearby. Numerous site-specific artistic interventions were created in the lyrical, more evocative and less frequented places in the town, in order to fill up the gap of meanings and emotions amongst the community and its own town. It is a free event and accessible to the whole local community. Some of the artworks have produced strong impact, and opened controversies and debates on a national scale in both editions. Among those,"Beyond the veil" by Luis Gomez a temporary work, which eventually became permanent thanks to a spontaneous popular petition on change.org; and "the queen of the abbey”, by Kris Rizek, linked to the pre-existent narratives of the city, hence deeply sensed by the community, which opened reflections and debates on the role of public art on nation level. In 2017 Verso Sud Festival has won a public call for tenders, which will allow the project to become a Biennale, which first edition will take place in September 2018. Meanwhile, it has continued public interventions in the town. In March 2018, it launched a crowdfunding campaign amongst the community to guarantee a two-year pension to the poet Paolo Maria Cristalli. It was an one-of-its-kind event, the first time for a city to adopt a poet. In 50 days were collected for € 5,000 and in return the poet offered to all supporters gifts in form of poetry.

Verso Sud aims at making its territory an important research laboratory, focused on the relationship between art and life of a community. Some event have demonstrated a potential impact on the site it operates: by insisting on the community spaces and the dialogue with the community, some public artworks became permanent. The continuity by which it operates favors a continuous dialogue enriched with continuous stimuli and contents. All the works are born from emotional and aesthetic reasoning on the public space, liying on the places symbolic dimension, and on its cultural, as well as architectural value. The themes that distinguish the curatorial discourse are a narrative form linked to the places, to the territory, to the community. The artistic discourse becomes the main language of these narrations. The idea of this festival is to overcome the mere cultural consumption, and give space to artist and community to create new meanings, by privileging the hinc et hunc. The project's goes beyond the dimensions of the ephemeral, of entertainment, to reaffirm the centrality of culture in the paths of economic, aesthetic and social regeneration of the territories.

“Verso Sud” takes place in public spaces of particular historical or symbolic value for the community. Spaces are based on their ability to narrate and not just a background of the same. Usually public places are chosen with a high lyrical or evocative potential: small hidden squares, abandoned places, historic buildings. The artists are selected according to a criterion of relevance to the project, with respect to the theme that one chooses to face. The evaluation of the different artistic profiles takes place through direct contact. They receive in-depth material on the project, which presents its contents and basic poetics. The empathy, the human relationship, the ability of each artists to enter into depth connection with the place, are essential parts of the festival. The artist receives from the organization material on the project and on the geographical and cultural context in which it takes place. A telephone contact is initiated or whenever possible a meeting is set up and the artist then conducts an inspection. In other cases real residences or periods of stay are organized. The festival had two editions, 2015 and 2016: during both editions some of the site-specific interventions produced strong reactions and open national debates.

For the first edition of Verso Sud, the mural by Luis Gomez dedicated to the parliamentary Giuseppe Di Vagno, martyr of Fascism, had opened the controversy because of an urban redevelopment intervention, the work would have been completely hidden by a new architectural body. Immediate was the popular uprising, with relative debate about the role of the administration, the voice of the public, the nature of the restoration, the sentimental value of an image-monument. The work, thanks to a collection of 10,000 signatures on change.org, is still there today. With all the pride of having contributed to start a re-appropriation process in the community, a thought around the destiny of their own places and common symbols, in the next edition of the festival the central theme was the “abandonment”. “Declined in a double line: as solitude, margin, judgment, but also in the original meaning of gift”, a reinterpretation of the meaning of the word “abandonment” was offered by the contemporary poet Claudia Fabris, who says that “abandoning” (“abbandono” in Italian Language) incorporates the word “gift” (in Italian “dono”), hence that abandonment means also “to make available to anyone". This reinterpretation of meaning was offered in a very bizarre and captivating way in the few days before the opening, during which a team of people started spreding the poem by Claudia Fabris called “Abandon”, on windshield of cars in form of a fine. The provocative event spreads all over the local news of the entire region of Puglia. The people attending the opening of the festival were twice as the previous year, even people form neighbor towns attended the event. During the second edition of the Festival, there was another controversy linked to a mural by Rizek, local street artist. Behind there was the story of a woman, the "Bocca di Rosa" (Rose-mouth) of Corato, a prostitute who became a small local legend. The artist celebrated her memory, but the family got sideways. On this occasion, however, the mural was removed at the behest of the family. 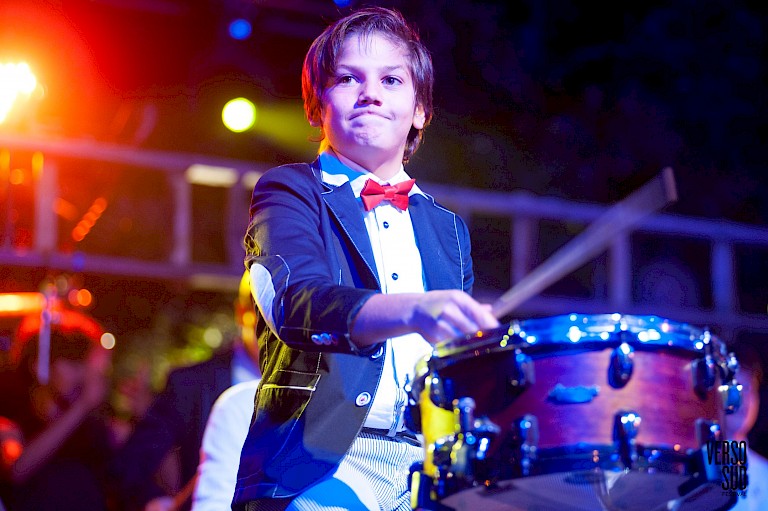 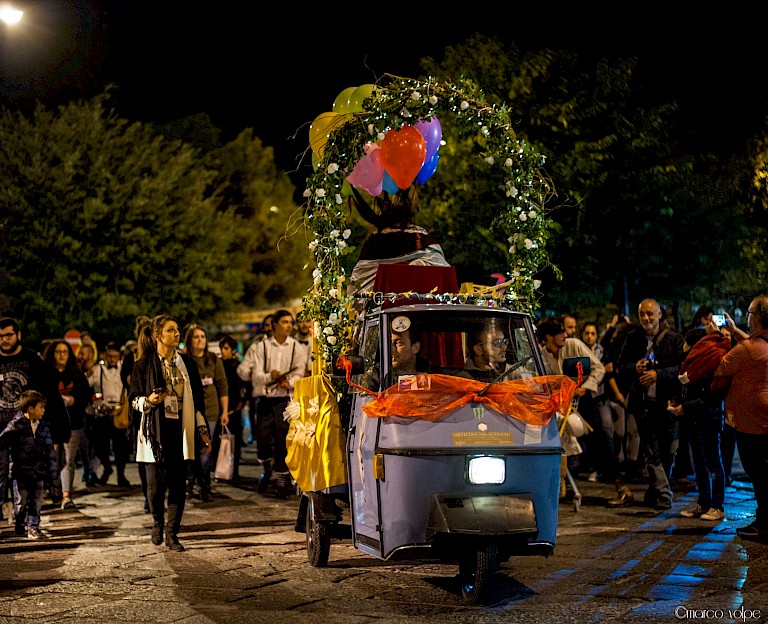 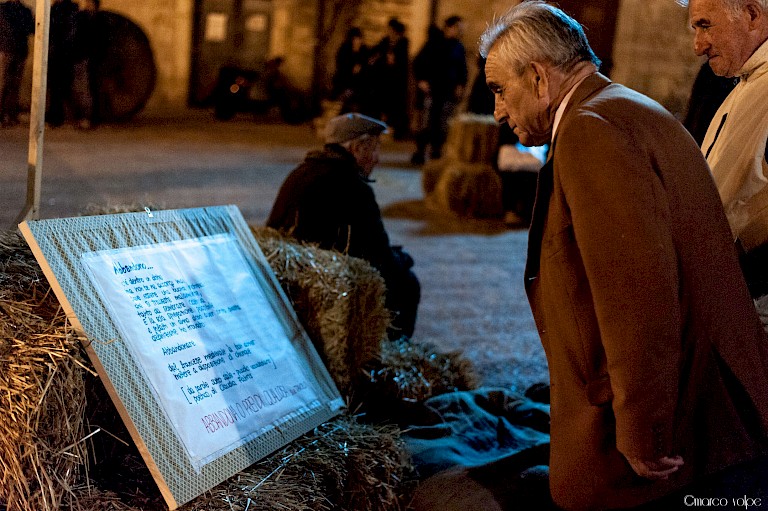 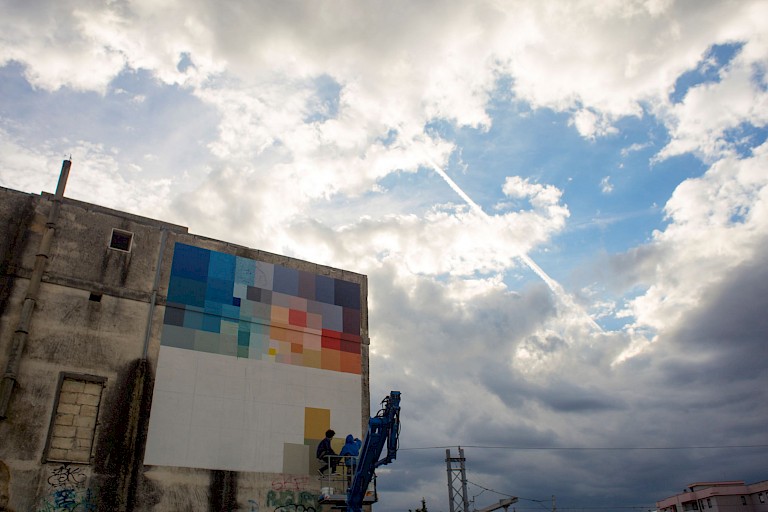 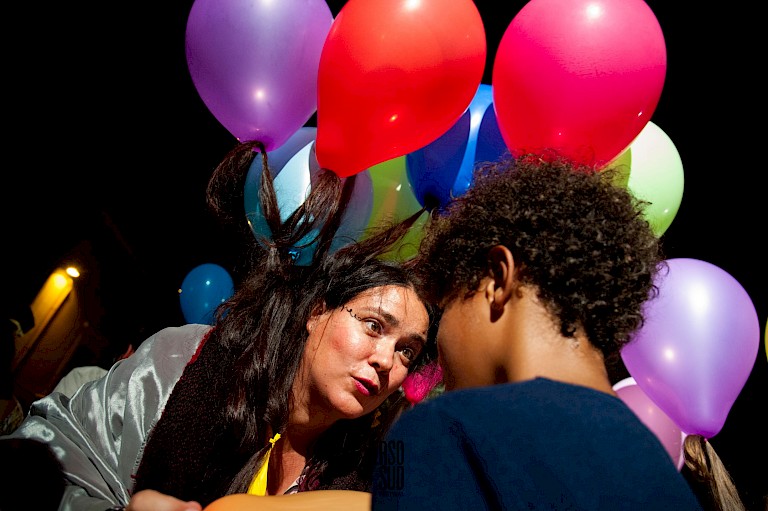 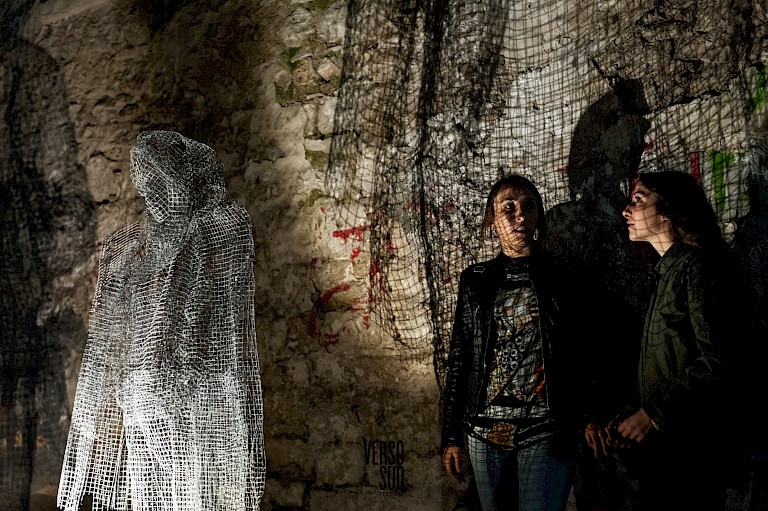