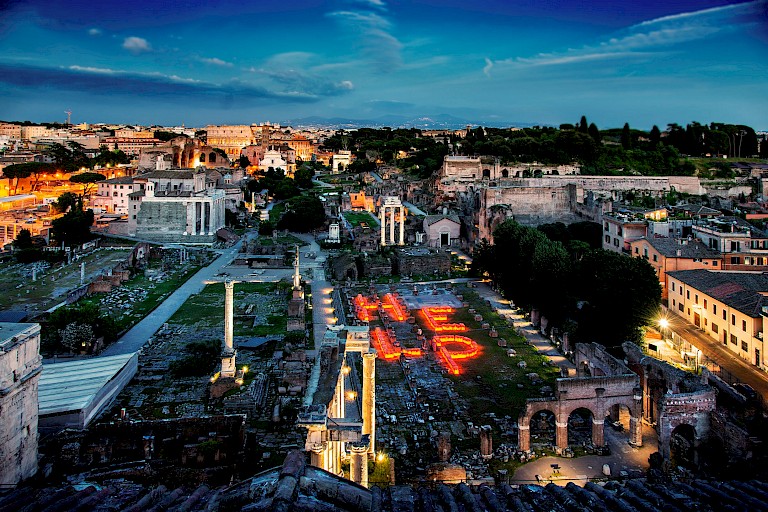 The Garbage Patch or Trash Vortex is a mass of plastic debris that conglomerates mostly in the Pacific Ocean, which is beginning to spread in other seas. This phenomenon consists of a garbage surface as wide as the Iberian peninsula, which enormous proportion is a threat not just to the marine species, but also to our food chain. Plastic debris breaks up into smaller pieces, reaching microscopic proportions and creating the so-called “plastic soup,” an aggregate of colored fragments of the plastic concentration of which has been estimated to 46.000 pieces per square mile. The presence of plastic in the oceans affects the ecosystem in different ways, from blocking the photosynthesis of the algae (which negative impact reflects on the increase of the emission levels of CO2), to causing the death of marine creatures.

The Wasteland is a trans-medial project born in 2012 with the aim of creating and affirming the a the multidimensional image of the garbage Patch trough the foundation of it State; it consists in series of actions, expressed in a variety of artistic forms, which constitutes the iconography of the phenomenon. The Garbage Patch State has been in made its appearances in many occasions; manifesting itself trough clues in many cities of the world trough events, installations, workshops, and international conferences realized with the large support of important institutions such as UNESCO and UN, with the contribution of students from different universities such as Università La Sapienza, Università di Palermo, Università Roma 3, University Ca’Foscari, IED Madrid, and other associations. Art installations treating of this very contemporary emergency have been exhibited in various cities of the world: in Paris, in the central pavilion of UNESCO (2013) and again at the World Climate Conference (2015); in Venice, at the Art Biennale (2013 and 2014); in Madrid (2014); in Rome, at the Museum of Twenty-First Century Art (Maxxi) (2014); in New York, at the UN Headquarters (2014); and in Milan, at the Universal Exposition (Expo) of 2015, in Island of Mozia (Sicily, 2016) and in Rome 2018. A large amount of people, institutions, association and organizations have taken part to the project, always showing great interest and concern to the cause by financing, recycling the plastic cups to make the artwork, by assembling the artworks, or some of them just asking for a passport to become citizen or sharing the events on social media.

Wasteland is a viral art project which has contributed to spread the urgency of the issue Garbage Patch, through a path of relationships and behaviors that produced intellectual as well as the emotional engagement. Since its very first steps, the artistic actions attracted considerable attention from the media. The importance of the message was sponsored and highly supported by public and private institutions, cultural associations and national and international press.

The Wasteland not only carries out an ethical and environmental commitment, but also outlines an innovative art form, carried out thanks the synergetic work amongst the artist and the people coming form different layers of society. Institutions, organizations, but also university students and young people, kids, were all involved in the project. In this scenario, art assumes a role of facilitator, a mediator of a message that scientists tried to spread for years, but with a language that for many is way too difficult to understand.

Back in 2012, when the artist and architect Maria Cristina Finucci realized that this phenomenon consisted of five large concentrations of plastic debris occupying 16 million km2 in the three oceans, she wondered why nobody had talk about it enough. She realized back then that the problem was the lack of a representation in the public imaginary related to those debris, that after many years of lying in the sea, pulverized and therefore become invisible to the naked eye. However, since the geographic extent of this problem has the size of a continent, she therefore decided to call it a state: namely, the Garbage Patch State, is now the second largest state in the world after Russia. The Wasteland was conceived by Maria Cristina Finucci, to create that tangible representation which the Garbage Patch was lacking, so as to better convey its existence. To accomplish this, the artist created a semantic apparatus of the Garbage Patch State. Behaving like the head of state, the artist designed a flag and a map, wrote the Constitution of the garbage patch, created a web portal and a mythology, IDs, postcards; a fiction, but structured in such a way as to uncover a reality that would otherwise remain hidden.

In 2012, Finucci founded a non profit association, namely Associazione Arte per la Sostenibilità (art for sustainability) with the aim of collecting all the necessary resources to finance the project of the Garbage Patch State. Every apparition has its own supporter and commissioners; so far about € 1.000.000 have been collected for the cause form private and public organizations. The Garbage Patch State was inaugurated on April the 11th, 2013 in Paris, in the UNESCO headquarters, in front of the DG, Irina Bokova, by symbolically planting the flag on one of the installations that symbolized its territory, a reproduction of a plastic island which occupied the “salle des pas perdus” in the main building of UNESCO. The name Wasteland clearly refers to the poem by T.S.Eliot, the State was also founded in April, as “the cruelest month”. Since its foundation, the garbage Path state have appeared in different forms, leaving clues that prove its existence, attracting considerable media attention; young people from all over the world responded immediately to artist’s participatory ambition. In 2013, a group of students from Ca’Foscari in Venice, created along with the artist the stories that create the myth of the official web portal of the State. In 2013, like most other states, the Garbage Patch State had its own pavilion at the Biennale. The installation was composed of thousands of brightly colored plastic caps, surrounding the wall of the 15th-century palazzo and trying to spill out into the lagoon. This event attracted massive attention from the press.

In 2014, The State made an appearance at the United Nations headquarters in NY, a venue that symbolizes the will of world cooperation and development, where people debate and share international policies and strategies for the safeguard of the environment and for the sustainable exploitation of our Planet’s limited natural resources. The same year, the Garbage Patch was in ARCO, the international art fair in Madrid, with a public installation on the Gran Vía. A 12-m “blanket”, realized with the help of a group of students from IED, composed of plastic bottles containing flower buds, hung above the heads of passers-by and shone at night in the flashlights. In 2015, on the occasion of the first National Holiday of the Garbage Patch State, the Museum of 21st-Century Arts MAXXI hosted in the pavilion “MAXXI Educazione” the first embassy of the new State, where applicants could take up the citizenship and retrieve their ID. A long line of people formed in order to make their own passport. In 2015, the Garbage Patch State was invited by the New York Times to Paris, to manifest itself to Heads of State and Government during the COP 21 Climate Conference, trough an installation of an artificial creature made of plastic cups, the named Climatesaurus.

In 2016, the University of Palermo involved students and associations and organized workshop to realize The Garbage Patch installation named HELP, placed on the island of Mozia, Sicily on an archeological site. The event registered a high number of visitors, national newspapers published the artwork, and a large number of interactions trough social media. In June 2018, in Rome, the installation "HELP the Ocean" was located on the Roman Forum. During the inauguration of the last work more than two thousand people were crowded on the Piazza del Campidoglio where on the facade of the Palazzo Senatorio the video of the images of the installation was projected. 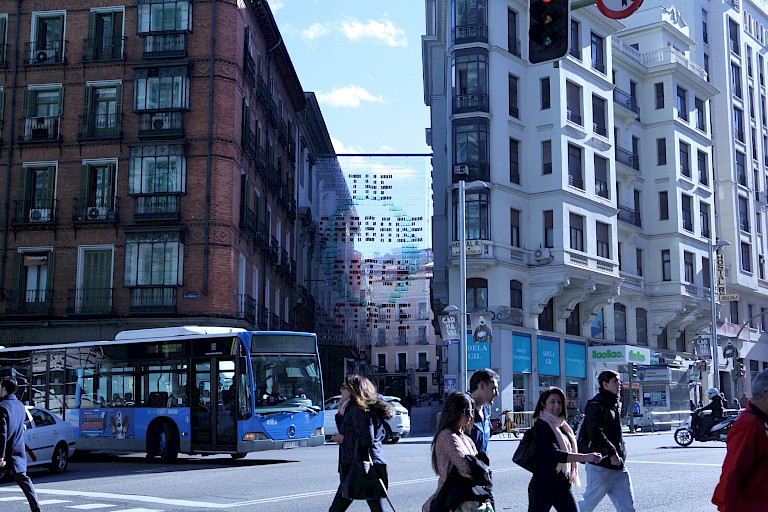 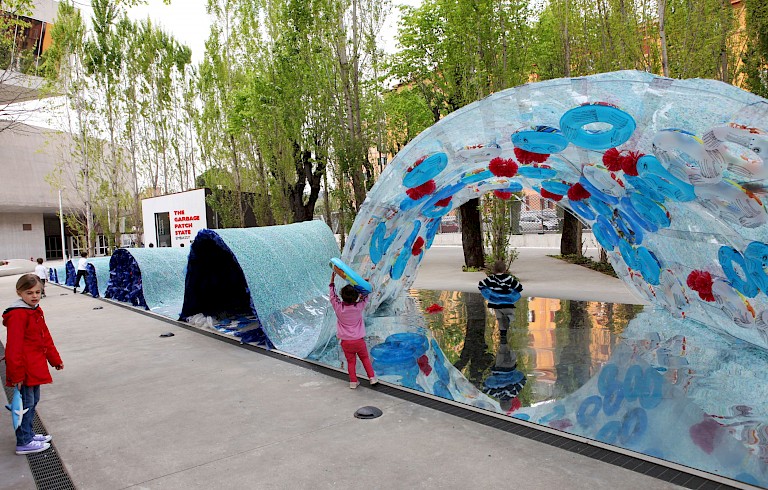 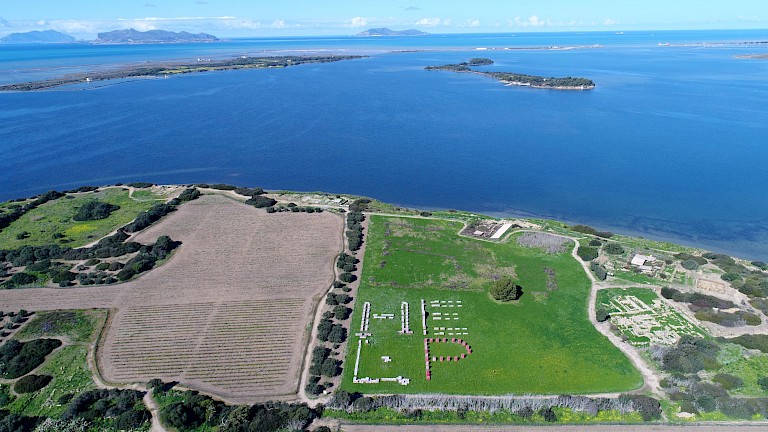 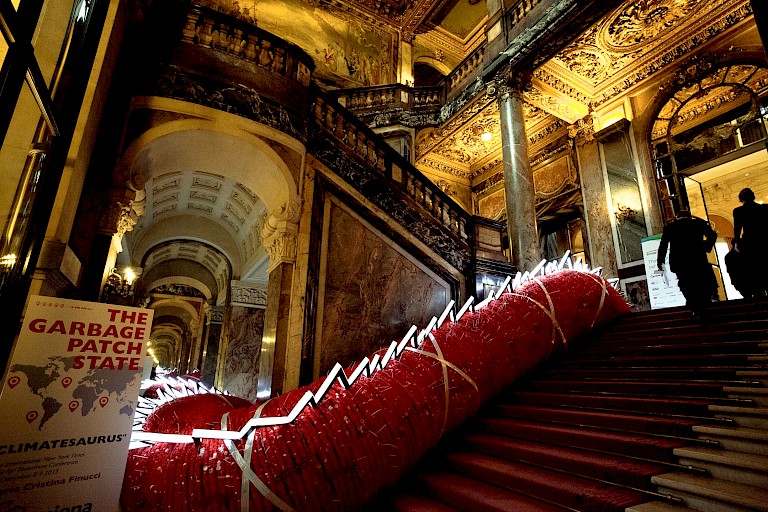 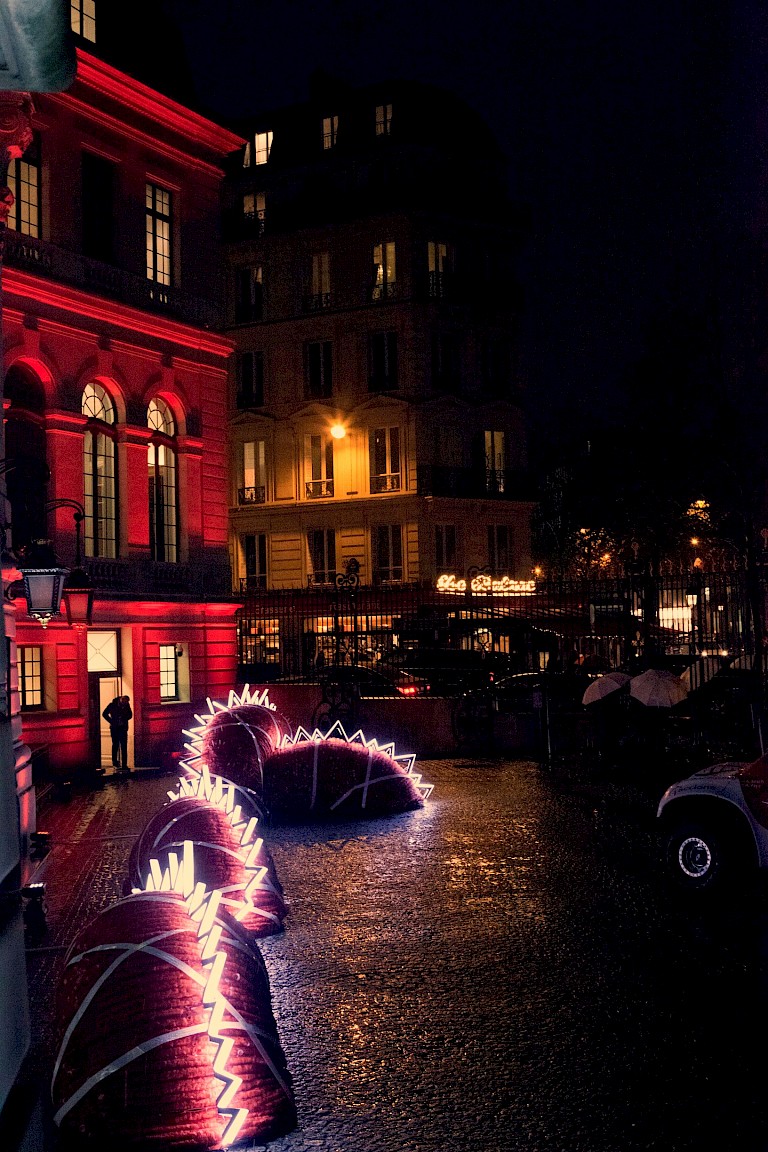 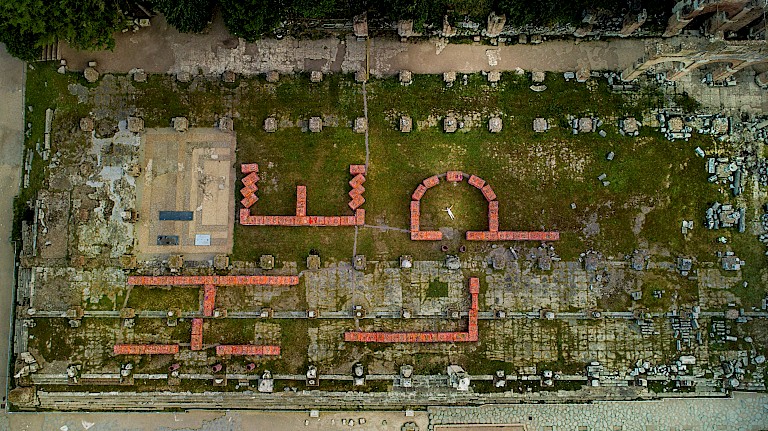 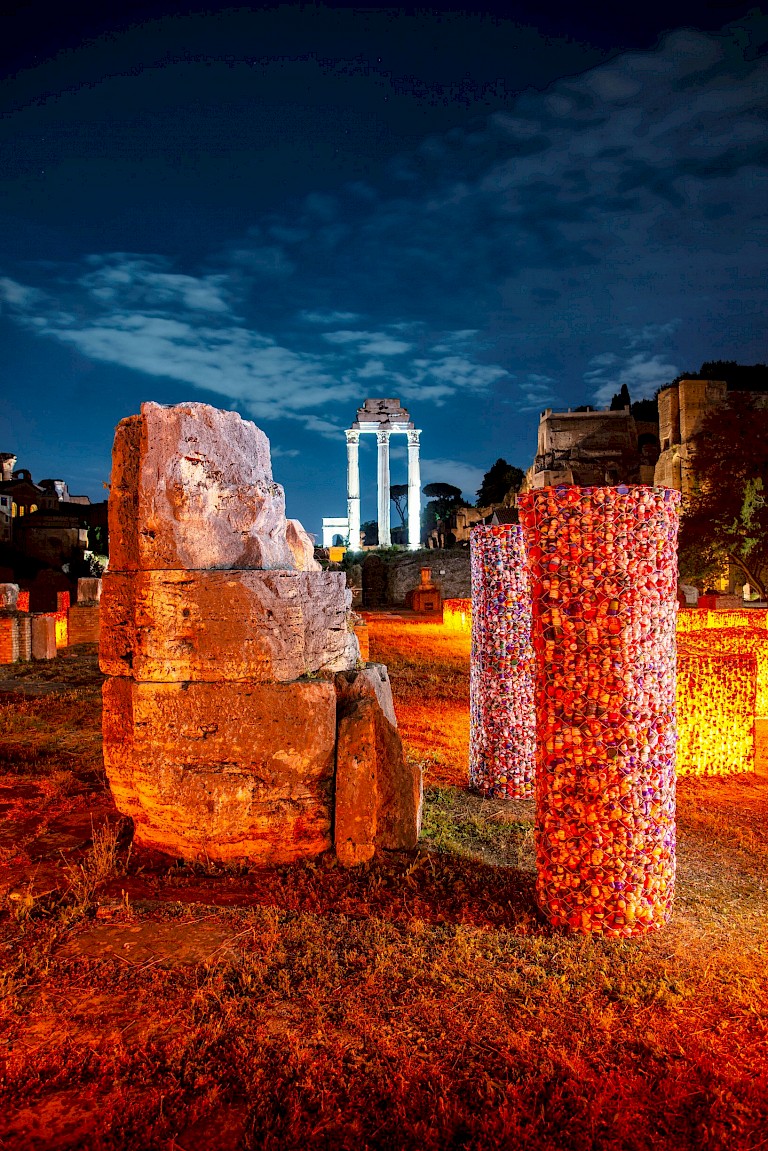 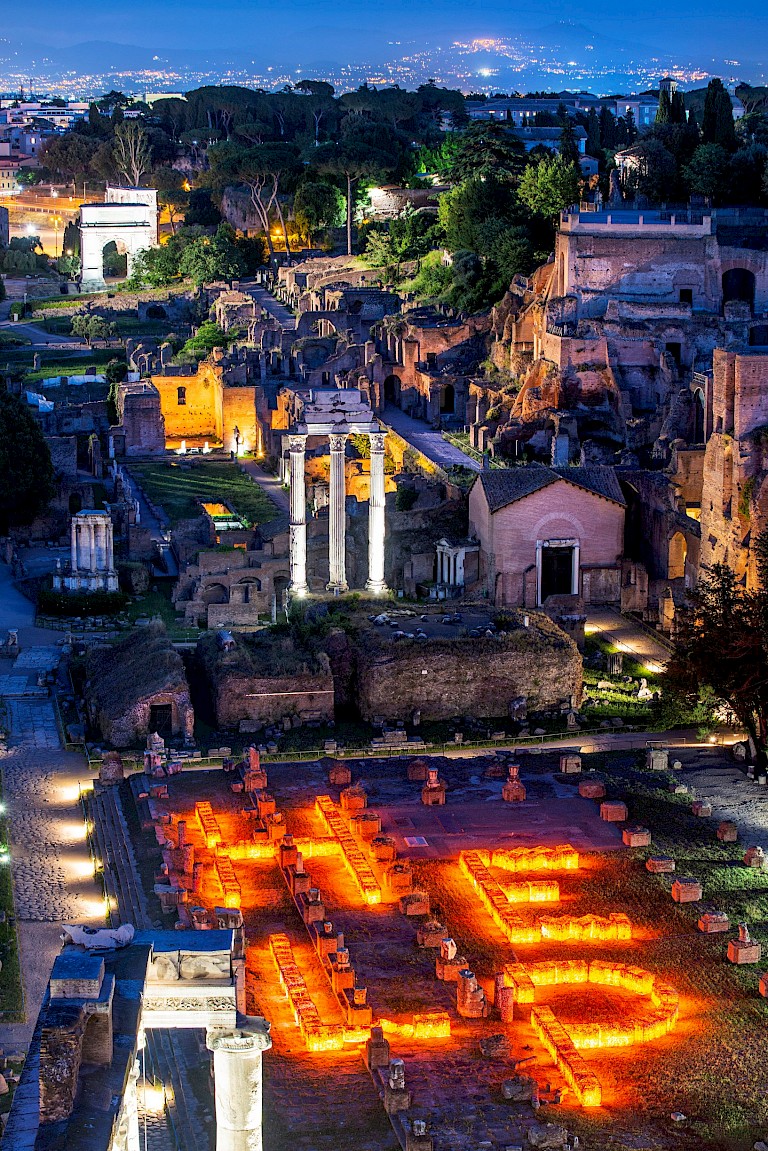