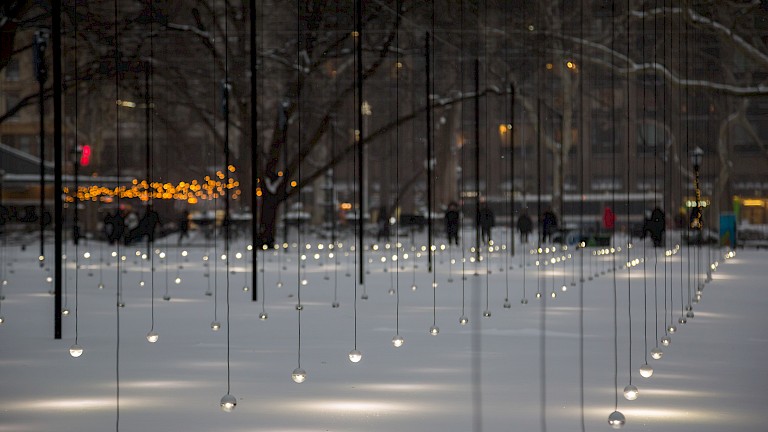 Erwin Redl’s temporary public art installation Whiteout spread 900 transparent orbs hanging in a grid pattern across an oval lawn within New York’s Madison Square Park. Each sphere contained a programmed white LED light, with patterns of light coursing across the length and width of the 53 by 33-meter installation. These roughly 30-minute sequences of choreographed light reflected Redl’s minimalist aesthetic while also referencing patterns in nature—flocks of birds and schools of fish. Open to the public from November 2017 to March 2018, the abstract work invited audiences to bring their own associations and stories to the project. With light as a beacon drawing bodies near over winter nights, Redl’s work introduced a corporeal relationship between audiences and artwork, as well as a site-specific relationship to the changing environment, with orbs moved by currents of wind and offset by the landscape shifting from late autumn through winter to spring.

From November 16, 2017 – March 25, 2018, visitors meandering through the paths of New York City’s Madison Square Park after dusk might have found themselves drawn toward shifting patterns of light. Gathering closer, they would be met by a nearly 53-meter long expanse of individual lights hanging in a grid pattern from a four-meter tall cable structure stretching almost 33 meters across. This temporary public art project by artist Erwin Redl, Whiteout, featured 900 transparent spheres, each encasing a white LED light. Over the course of a nearly 30-minute choreographed sequence, waves of light passed across these programmed LEDs, creating varying patterns of movement and rhythm, light and darkness, illumination and the spaces-in between.

In an exhibition catalogue published for the installation, Redl contextualized the project within his “recent series of works investigating emergence, the way complex systems and patterns arise out of a multiplicity of simple interactions,” likening the movement of light to flocks of birds and schools of fish. The work was further embedded in its environment through the dangling orbs that hung about 30 centimeters above the ground, which responded to the movement of the wind. Over the course of the installation, the environment surrounding the work changed as well, with the oval lawn transitioning through seasonal carpets of the fallen leaves of nearby ginko trees, winter’s snowy white cover, and the brown and green of early spring.

Blending abstraction, spatiality, and corporeality, Redl noted the centrality of the audience in Whiteout, who experienced the work through time and in its environment through all their senses. Named for the psychological condition of losing one’s orientation within a snowstorm or sandstorm, Whiteout remained open-ended, inviting audiences to make their own connections and associations. Having observed a range of audience responses—enthusiastic to serene, inquisitive, and meditative—Redl commented that “a joy of mine is to hear things about the work that I did not know.” Emphasizing the importance of providing space for audiences to have their own experiences with the project he explained, “I’m not telling my story. They see their story in my work.” 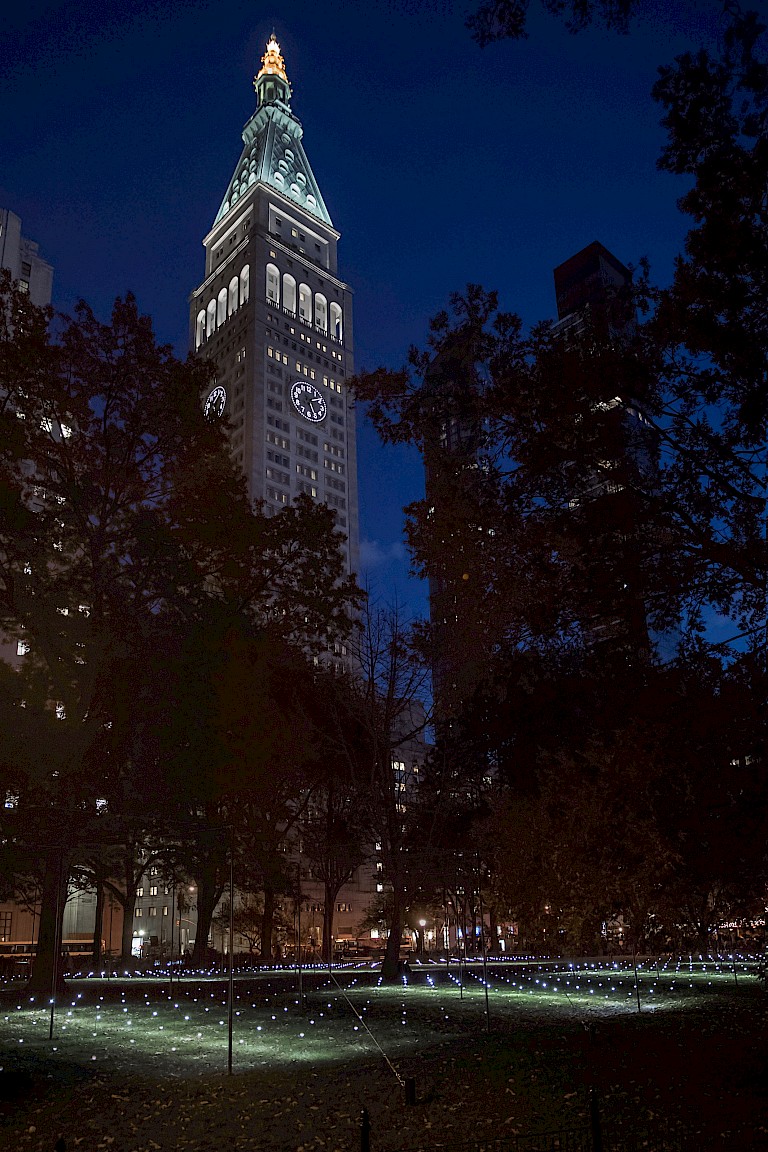 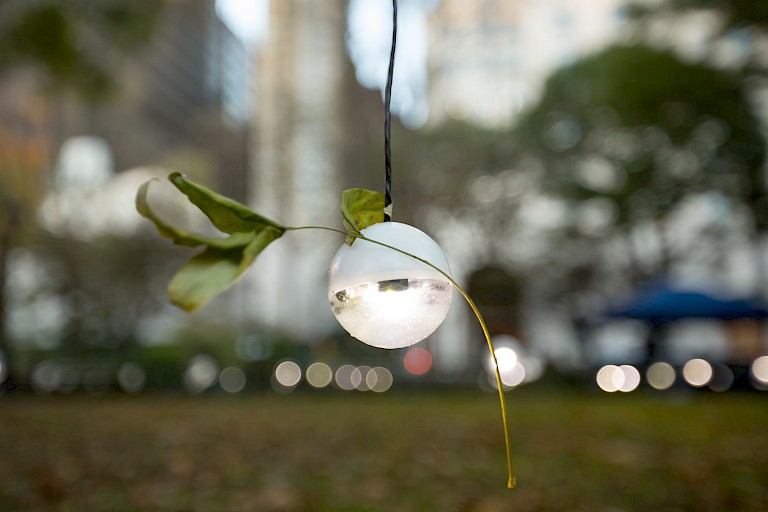 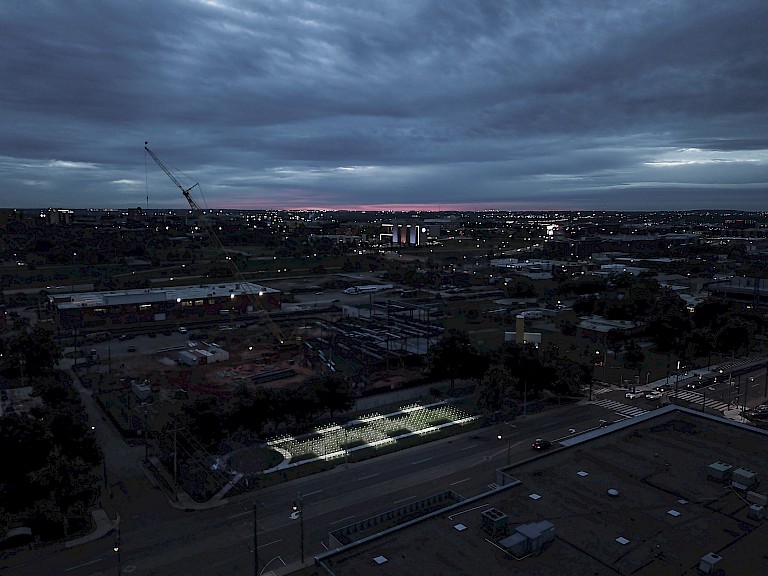