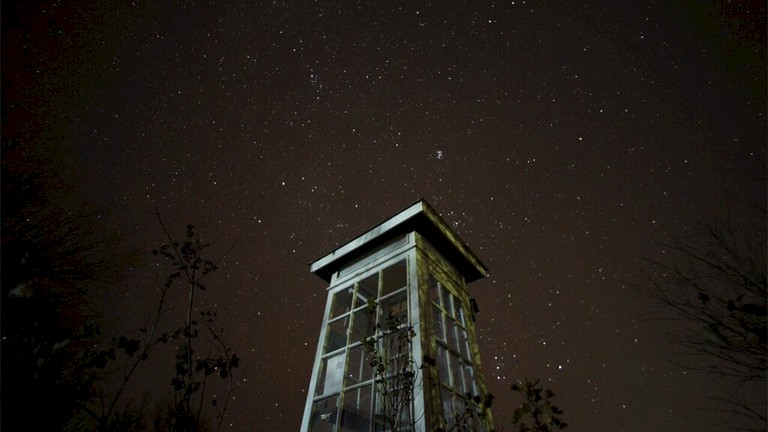 The site was built by resident of Otsuchi Itaru Sasaki. He installed the phone in his garden prior to the disaster in order to “give him a private space to help him cope with the loss of his cousin." (www.patheos.com/blogs/cognitivedemons/2016/09/the-value-in-telphoning-the-dead/) A report says he began working on the booth in November 2010 and completed it shortly after the tsunami struck on March 11, 2011. (www.afr.com/lifestyle/japans-otsuchi-wind-phone-lets-living-talk-to-dead-20170817-gxy9d7) He decided to open up the site for anyone who needed it. In an interview in the NHK documentary The Phone of the Wind: Whispers to Lost Families (2016), Sasaki says, “No matter how hard it is, hope makes life worth living. I wanted to offer something for people to connect with those they have lost.” (at 12’20” – 12’35” in https://www.youtube.com/watch?v=ke-H5EEqvRs) A person who walks into the booth typically picks up the handset. Some may dial a number, some may not. It is apparent from the media reports that the telephone is not connected to any line of transmission, hence the caller hears silence. The person then calls the names of those who died or had gone missing in the tsunami as if they were there, and speak to them. The documentary also shows people who have not lost anyone but visit the Wind Phone.

The reports mention it tends to be visited by people outside of Otsuchi in the beginning. Some might return for re-visits. According to one report, “It is believed that 10,000 visitors journeyed to this hilltop outside Otsuchi within three years of the disaster.” (atlasobscura.com) The NHK documentary shows that some visit the site alone alone, while others come as a family or with friends. The NHK report says the phone seems to attract more men than women. Sasaki sometimes makes himself available so that visitors could have someone to talk to. He would also read the notebook, and maintain the work.

In the incommensurable distance between life and death, Wind Phone brings hope. In the beginning, hope is for one person – the maker. As he generously opens it up for others, he also shares his care for those dealing with the same human condition of loss and separation. The work recognizes the individual need of grieving, and makes grieving socially permissible as a need rather than a taboo to be suppressed. In the deafening silence of emptiness and solitude that entangle the lives of those missing their loved ones, the work gives voice to shared hope.

The exactitude and simplicity in the choice of material for the work contribute significantly to its excellence. As a site, the Wind Phone is a temporary dwelling place, and the phone booth works more like a corner that promises a turn, or a change of perspective, than a shelter that is for hiding or nestling. The fluidity in the relation between each caller and the act of going in and out of the corner and the site is for him/ her to manage and seek at their own pace and need. The work is therefore open-ended while being firm on its grounding principles. Hearing some callers breathe very deeply while in the booth, before they speak, one might propose that the corner is also a place for each person to get in touch with themselves, to find the necessary orientation in life to live on.

From the visitors' perspective, there is no easy solution on the meaning of life coming out of the call, but it allows for the voicing out of despair. Remembering may bring pain, but as a man says in an interview with NHK says, “It’s hard, but if I used that as an excuse to try to forget them, who would remember my family existed? Who’d remember that they lived in Otsuchi? If I forget, who would remember them? That’s why I’ll never forget them.” (NHK documentary 18’41” – 19’15”) The speech acts like saying “ganbatte” (“try hard!”) and “gambaru” (“I’m doing my very best”) repeated by the callers (as noted by radio producer Miki Meek in This Amercian Life) become actions in themselves, as if they affirm their vow for themselves through the imagination and remembrance of others that they will keep going in life.

From the maker’s perspective, the site carefully brings human feelings into encounter with nature – in the sense of the physical world and also in the sense of its being the primary condition of human life. Every component in the site is sensitively included to confer upon it a ritual quality, making present the semblance (not resemblance) of the dead. It is a liminal space for remembrance, for a difficult transitive state to be experienced in slow time. Symbolically, as the Wind Phone safe-keeps precious memories and secrets that the callers entrust it to, the maker becomes a guardian who keeps track with the notes, observing transformations in the callers’ state of mind if he/ she happens to return.

The Wind Phone is a work of emptiness, in a way, for not asserting itself, but it is full of love, empathy, and resilience. It is a beautiful and humanistic gesture connecting people’s suffering with dignity, a primary concern in the thinking of public well-being. 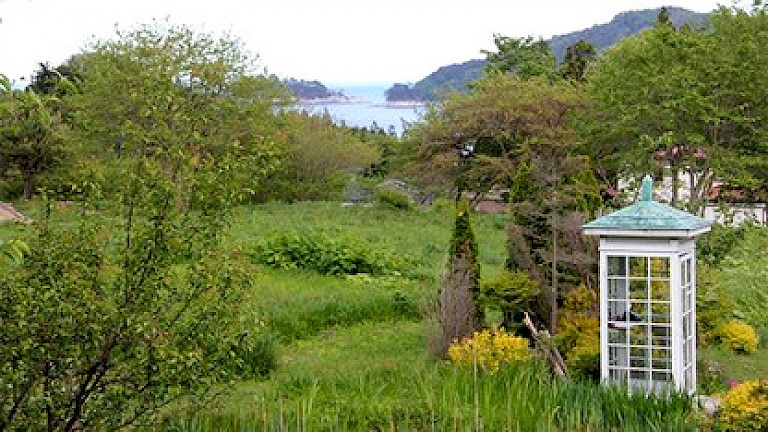