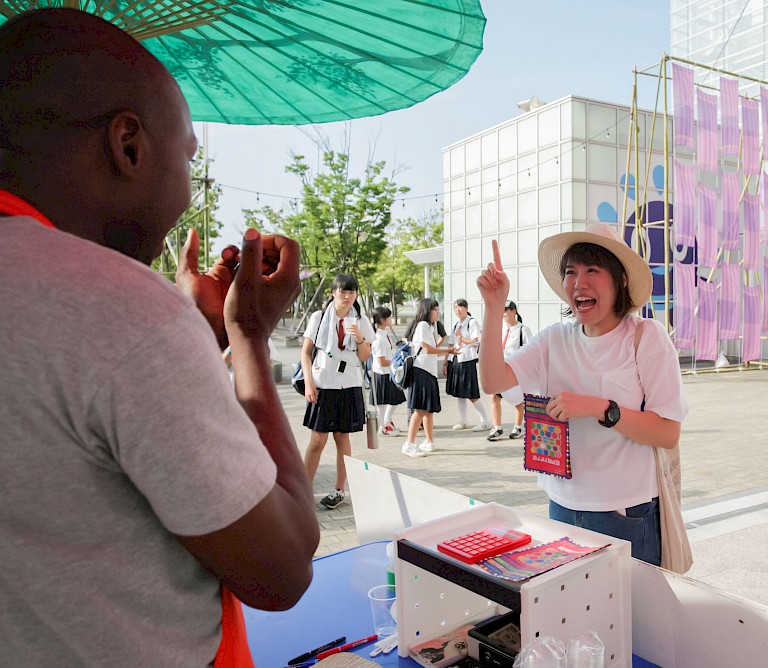 All Away Cafe is an artwork created by Art & Eat Taro in Art Setouchi 2016. Setouchi, where the art festival took place, is an inland sea around Shikoku, which is one of the four main islands (Hokaido, Honshu, Shikoku, Kyusyu) of Japan. It is a huge art event where people tour around the 12 islands to see artworks. The two harbors, Takamatsu port and Uno port, are the bases for this art festival and exhibition venues at the same time. This project took place at Takamatsu port for a limited period of three weeks at “Setouchi Asian village”. “Setouchi Asian village” held an event consisting of three parts; Asian food, Asian performance, and Asian traditional crafts. All Away Cafe is a participatory artwork but at the same time has a key content of “food”.

The artist Art & Eat Taro has previously worked as a chef and has created various participatory artworks regarding “food”. For example, he will go to a restaurant and choose a menu, order it, eat it and go home. It is no different from what we do everyday but the process gives us a somewhat uncomfortable and rigid feeling. Although “food” varies not only in taste, but in religion and culture as well, it is a necessity that we all have in common. In the group of works of Art & Eat Taro, by looking at the very ordinary state of “food” from the artist's perspective, he has changed the “state of food”.

In the nominated artwork All Away Cafe, the artist ran a “coffee shop” with people from 12 different nations speaking different languages. Since the customers had to communicate with people who didn't not speak Japanese nor English, they had to use gestures to order a drink, and eventually something different from what they ordered would come out. The title “AWAY” is a word also used in sport, meaning “the enemy’s territory” when one is surrounded by supporters of the rival team. It is probable that the artist has used it in this meaning. The opposite word of “AWAY” is “HOME”. In Japanese there is a word “sense of AWAY” which is used in the sense of the enemy’s territory. It is a commonly used word to describe a kind of unwelcomeness in position, place or atmosphere. All Away Cafe was one of the “Setouchi Asian Village” events and, by gathering together people with various nationalities, it created a situation where everyone was feeling this “sense of AWAY”. Unlike common behavior in ordinary coffee shops, this artwork aims to stimulate people’s social communication.

All Away Cafe, from the writer’s perspective, has a sense of the “Japanese” point of view. Since Japanese people see “good manners” as a kind of cultural beauty, they act upon this role in daily life more than people from other countries. Through the state of food, the performative artwork has changed the relationship between people. It has questioned and made us realize the unconscious cultural behavior we have. Recently, the original style of Japanese artworks in art festivals, which suggest the role of “the actors in art festivals” who are the tourists as viewers, the local people and the artists, has been fixed. The artist will create a piece of artwork in regional areas, giving the visitors a service and the visitors will experience the artwork. Rather than using this kind of fixed system, this artwork has deliberately mixed the relationship of the visitors and the artist and is trying to create a constant alternative against the fixed system.

Reflecting on this artwork from a social point of view, the communication that occurs in All Away Cafe, or in other words, “the impossibility of communication” being exposed can be seen as a criticism towards modern Japanese society. At the same time, due to the increase of foreign workers and multilingualization in Japan, it can also be said to be foreseeing the future reality waiting ahead of us. This work is highly valued since it not only connects art and society, but also reflects our daily life and shows us the future society.

This work was exhibited in Art Setouchi 2016, where there were 206 artworks and 37 events in total. The funds were mainly from related Municipalities and foundations with subsidies and donations and by the admission tickets and sales of goods. A selection of the artworks were by invitation and through a competition with a comprehensive producer and director as judges. The theme of the competition was “Using regional resources at a site specific project” and asked for the artists to stay in the area for a certain period of time and to make works with the citizens. 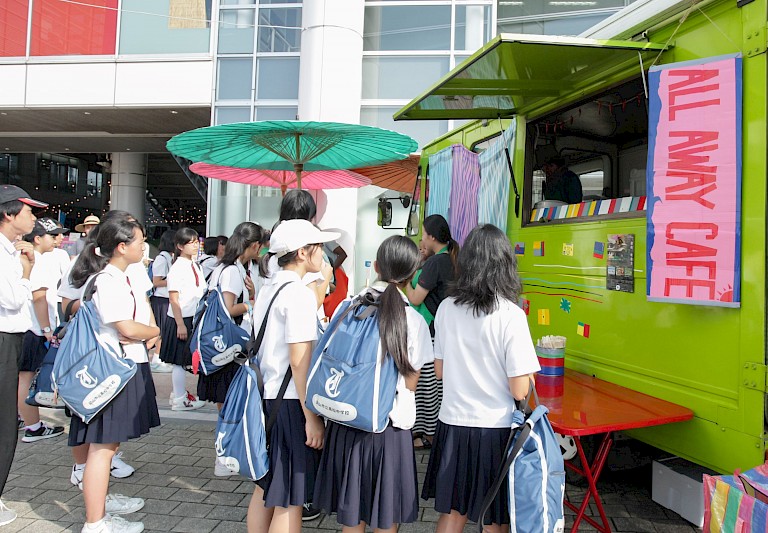 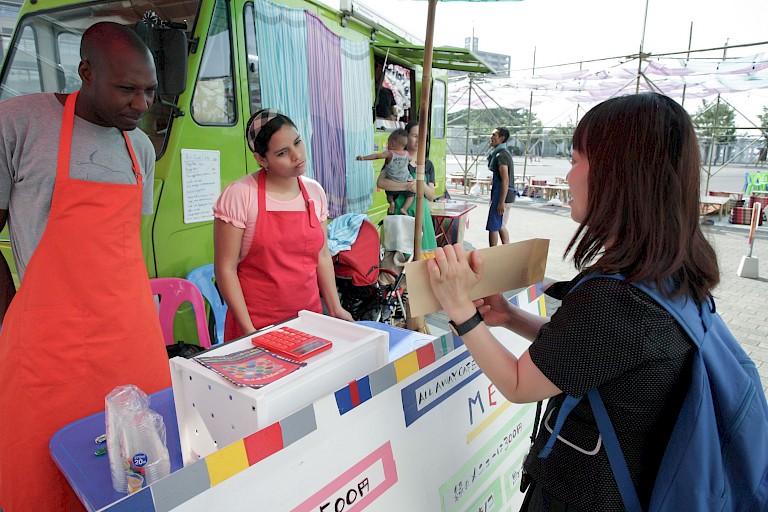 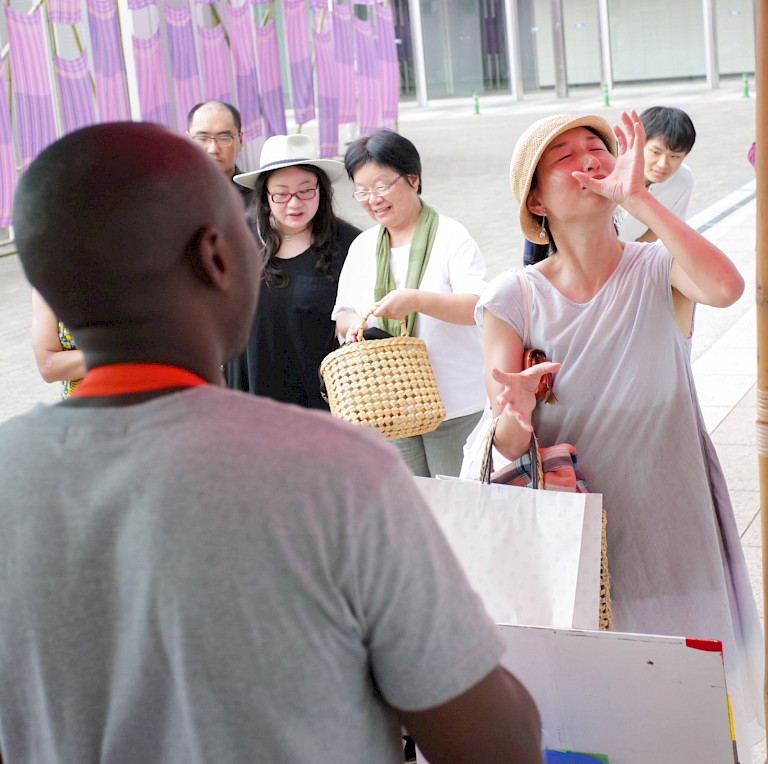