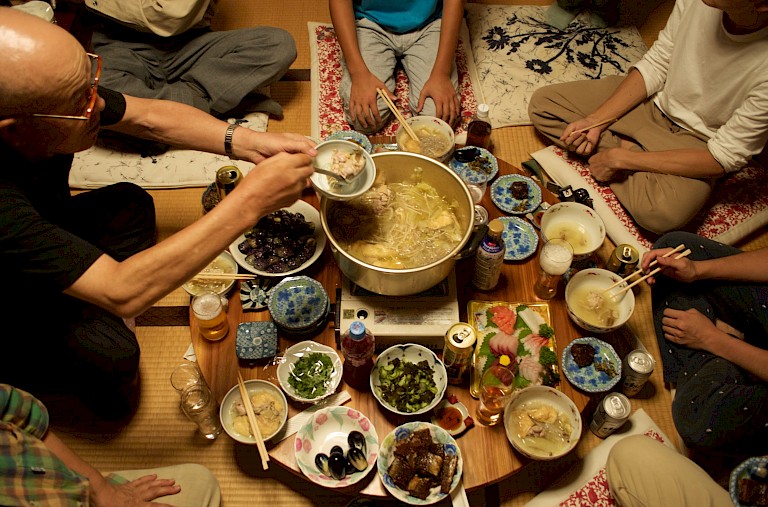 《ECHIGO-TSUMARI HOMESTAY MUSEUM》is an artwork by Takafumi Fukasawa in “2015 Echigo-Tsumari Art Triennial”. It can be said to be a “homestay for the Museum of Folklore”. People were welcomed to stay at the residency and listen to the local people’s episodes and eventually with all the resources the artist created a museum of folklore in Echigo-tsumari, which is city located in Nigata prefecture. The word “homestay (minpaku)” and “folklore museum (minpaku)” has the same pronunciation. By mixing these two words in this project, the artist was successful in creating a different situation from other artworks in art festivals and thus a new answer for what an artwork can be.

The following is the review of the process. First the artist will call out for members who are interested in the project. The artist himself and the people who gathered will become “researchers”. They will then stay at the residency as a homestay. The residents of the residency will welcome the researchers. Though it is called “research”, they will only have daily conversations with the residents. In those daily conversations, the researchers seek for the small wisdoms of life, in other words they seek for “current folk customs”. The current folk customs collected by the researchers will then be installed like it is in a museum in a facility in the middle of Tokamachi city. The visitors of the art festival will view the “folk materials” and imagine the researchers, who are in some sense “outsiders”, intense communication they had with the residents.

The “Imaginary museum” which contained various visible and invisible things during the period of the art festival, moved to a contemporary art museum in Tokamachi city after the art festival was over. 《ECHIGO-TSUMARI HOMESTAY MUSEUM》created a unprecedented situation where a museum was in an Art museum.

An artwork that replaces the form of art festival. “Echigo-Tsumari Art Triennial” is known to have made a drastic movement in Japanese art scenes in the 2000s. Until then the galleries and art museums were the main venues to exhibit artworks.

Exhibiting few hundreds of artworks throughout regional villages away from the city with large areas and expenses was the attempt made in this “art festival”. There is a record of approximately five hundred thousand visitors and over three hundred groups of artist participating until now. It was the third style of exhibiting artworks followed by art galleries and art museums. The reason why art festivals are mentioned here is because this work was one answer to what art festivals can be. Therefore, the system of the process of 《ECHIGO-TSUMARI HOMESTAY MUSEUM》where the “researchers” in who were the outsiders, communicated with the locals and rediscovered their life culture, re-presented the phenomenon that art festivals had upon artist as art tools. It is a new type of artwork that derived from a framework of art festivals, which has uniquely developed in Japan.

Perspective from “the weak”. Fukasawa’s works as mentioned above are mostly build up with a loose system, however at the same time, it shows the constant eyes towards “the weak”. In this work it can said to be the trivial stories and the casual things that are inherited by our ancestors but are being lost due to modernization《ECHIGO-TSUMARI HOMESTAY MUSEUM》has not only been an authoritative museum that collects the past cultural properties, but to turn our eyes to “the weak”.

“Echigo-Tsumari Art Triennial” is an art festival held every three years since 2000. With Echigo-Tumari, a village with 762 square kilometer located in Niigata prefecture as its venue and the idea of “Humans being enclosed by nature”, it has applied great impact on the Japanese art scene since 2000 and is also internationally appreciated. Fram Kitagawa as its Comprehensive Art Director, it has been the model of many other art festivals taking place in Japan, for example, “Art Setouchi”, “Ichihara Art×Mix” and many others. Five Municipalities with great amount of land collaborated and built up a plan to rejuvenate the area in 1994 and in 1997 the “Echigo-Tsumari Art Triennial Committee” was established. It has been ten years of ongoing if we include the preparation period.《ECHIGO-TSUMARI HOMESTAY MUSEUM》was published for 50 days in the 2016 Echigo-Tsumari Art Triennial from July 26th, 2015 to September 13th. There people from 35 countries and 350 groups of artist participated with 378 artworks and 510,690 visitors. 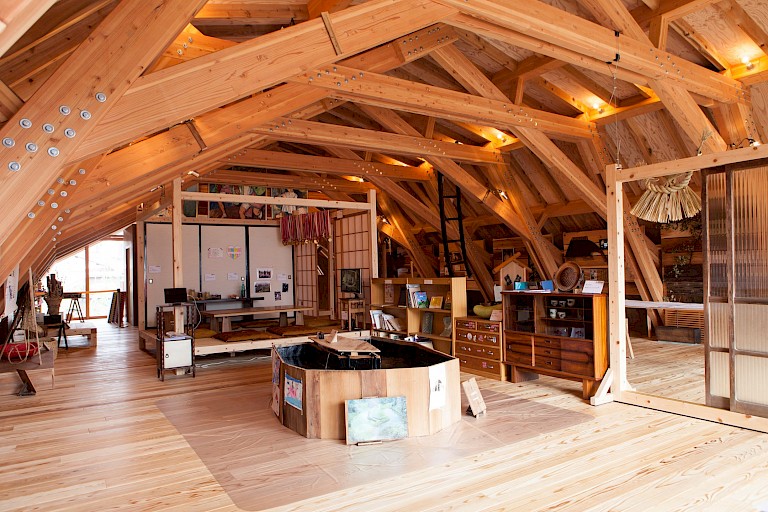 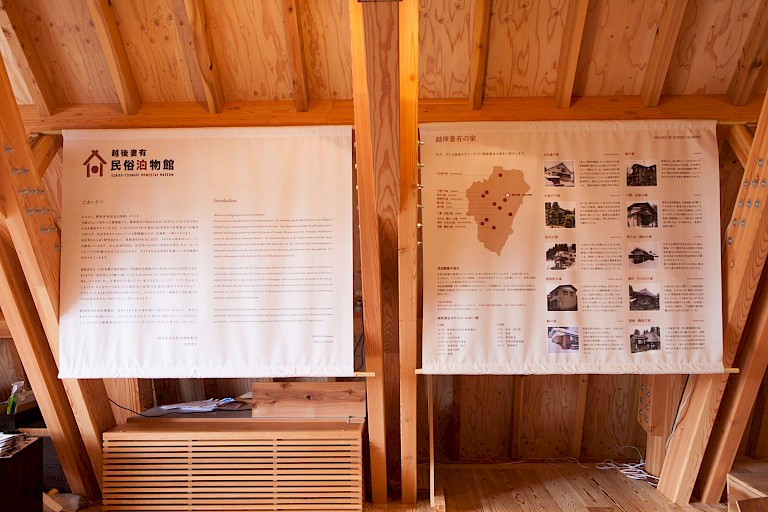 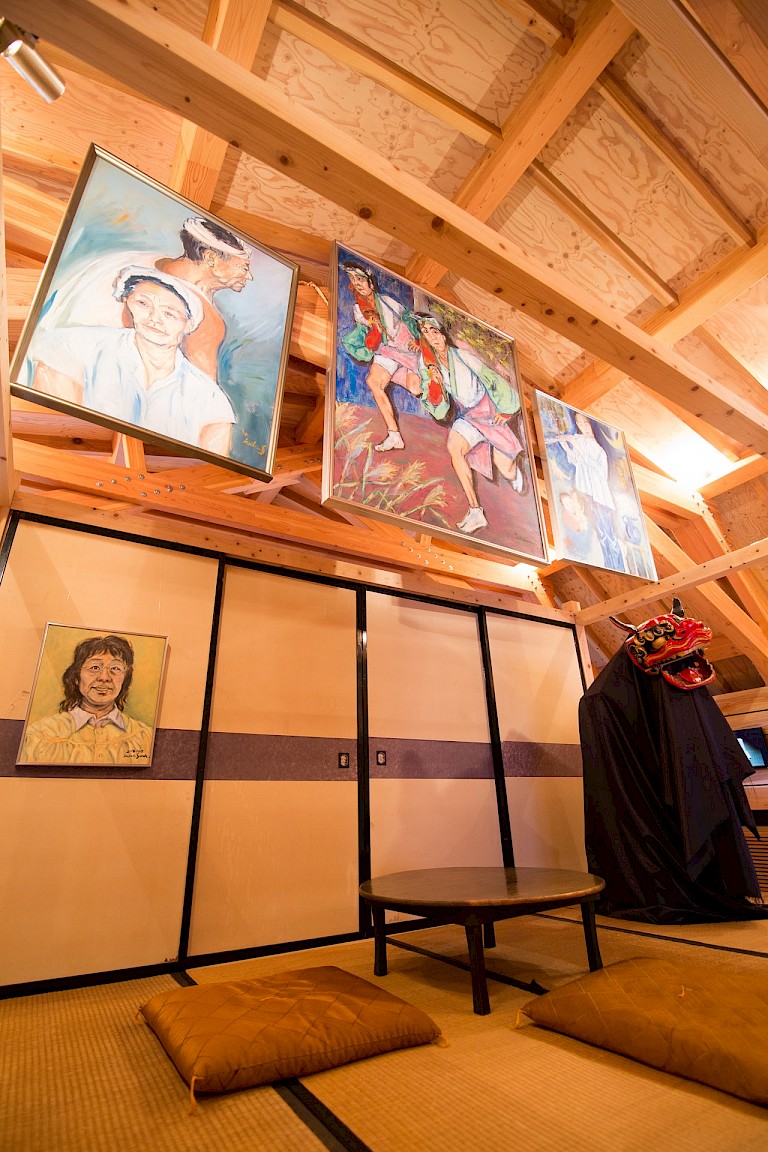 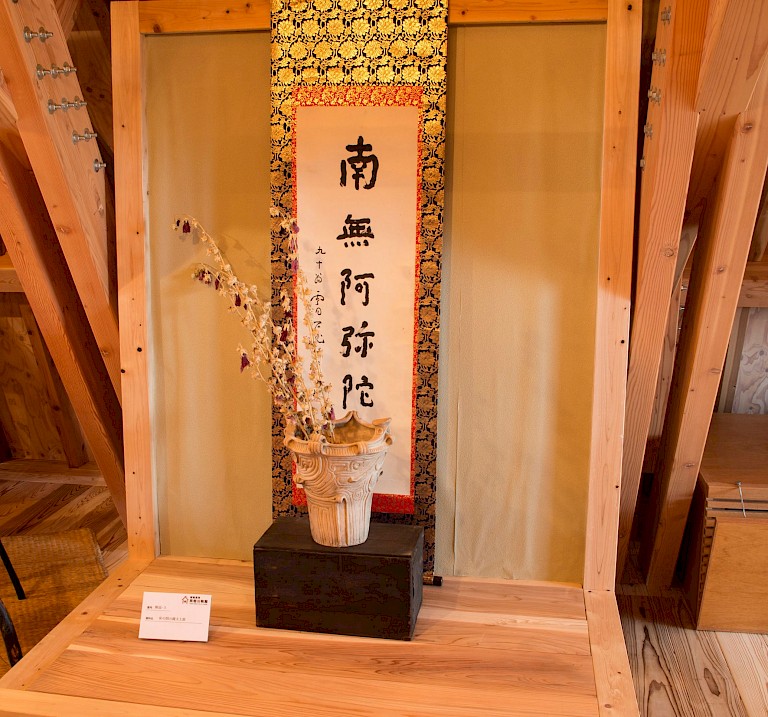