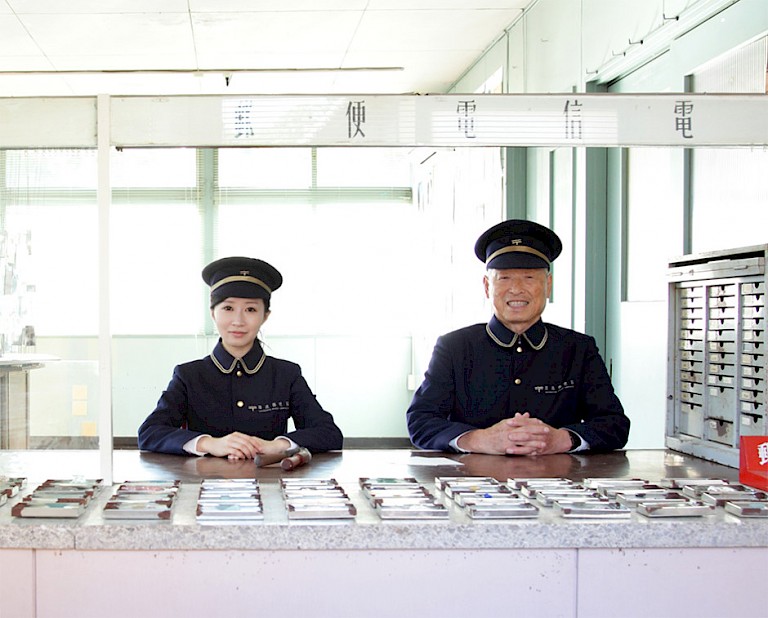 《Missing Post Office》was created by Saya Kubota in “Art Setouchi 2013”. Setouchi, where the art festival took place, is an inland sea around Shikoku, which is one of the four main islands (Hokaido, Honshu, Shikoku, Kyusyu) of Japan islands. It is a huge art event where people will tour around the 12 islands to see artworks.
This work was based on Awashima, an island with unique geography looking like a boat’s screw from above. The unique shape originally comes from three islands combining by the sand accumulating by the tides. From 1953 to 1998 Awashima’s economy was based on shipping trade, thus most islanders were long distance sailors. The Awashima post office located almost in the middle of the island, had an important role in communication for the sailors far away at sea and the family in the island. The telegram in the post office will connect the sailors with their family and relatives. After the island started to depopulate, the Awashima post office closed down. Until this project was started by artist, only the building remains.

Saya Kubota, an artist based in Ibaraki prefecture, came upon this Awashima post office through research, which changed into an artwork, 《Missing Post Office》. Like a ‘bottle mail’ drifting with the waves, not knowing who will receive it, the artist created a non-existing post office. There, letters to ‘the future self’, ‘family that passed away’ and ‘old friends’ will be sent. Furthermore, the letters will be sent to ‘heroes’, ‘humanity’, ‘birds’, ‘house’, and ‘time’, even to things. It is meant to be sent to “someone in some time”.

Though it is said to be non-existing, the post office itself exists. People who visit are able to see the actual letters – around 30,000 letters that were sent and write letters of their own. They do not have to go to the actual place to send letters. There are even two post officers. One the artist herself and the other, an ex-employee who worked as a postmaster in Awashima Post Office, Katsuhisa Nakata. The artist requested Nakata to work as the postmaster as he did in the past. Standing at the counter with his uniform on, he received the letters from the visitors. This artwork is successful in making 《Missing Post Office》 a fictional existence in society by using an actual post office building and with the corporation of a local postmaster. After the 2013 art festival, this work continued sending ‘letters with unknown addresses”.

《Missing Post Office》is a work that surpassed the frame of art festivals, becoming a kind of social phenomenon allowing citizens to acknowledge it generally. It has been picked up by Television and Newspapers and has even been published as a book, gathering not only art fans that come to art festivals, but also various fans from all over Japan. The reason of the pickups from the mass media may be from the deviation from the purpose of the medium. A ‘letter’ is a medium, which can easily contain feelings, and has a purpose to be sent to someone, by changing the letters into “a letter with no address” it deviated from these purposive aspects. In other words, the setting of “‘a post office’ for ‘a letter with no address’” is a kind of unification, which spread amongst the public.

By using letters and post office, which are social tools that we use in our regular life, in the artwork, it opens doors and allows public participation. Furthermore, the word “drifting” and receiving a letter with “no address” has a clear system and at the same time gives us an extraordinary experience. The clearness of this system created feedbacks beyond imagination and on the other hand it also brings out “the sadness of when someone loses something”. If one will analyze it calmly, that kind of “Missing” is a common feeling modern human beings have. The artist’s subjective view and personal encounters, the connection of Awashima’s history and space, and the participation and social perception through letters from people far away from where the artwork is located. This work can be evaluated to be a special case where's the materials and space are suitable to the district area and the application of context transforms it into an artwork. It is not only an artwork, but also an artwork that surpasses the style of public art and brings out to the society our inner emotions about the existence of public.

“Art Setouchi” is an International art festival held once every three years, having the islands in Setouchi inland sea as its venue. It is organized by towns and cities based in Kagawa, and the public interest incorporated foundation Fukutake foundation and many other organizations. The Comprehensive Producer is Soichiro Fukutake from Fukutake foundation with Fram Kitagawa being its Comprehensive Art Director. This work was exhibited in “Art Setouchi 2013”, where 200 groups of artists from 26 countries and 207 artworks and 40 events in total. The funds were mainly from related Municipalities and foundations with subsidies and donations and by the admission tickets and sales of goods. Selection of the artworks was by invitation and competition with a comprehensive producer and director as judges. The theme of the competition was “Using regional resources at a site specific project” and by staying in the area for a certain period of time and make works with the citizens. 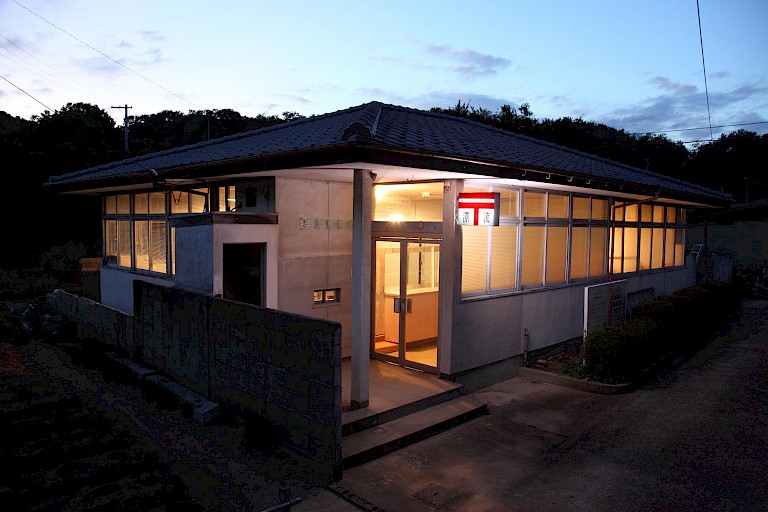 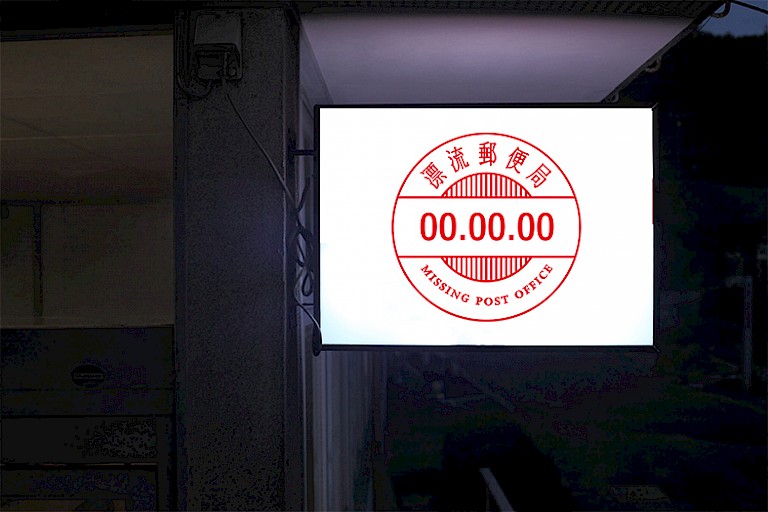 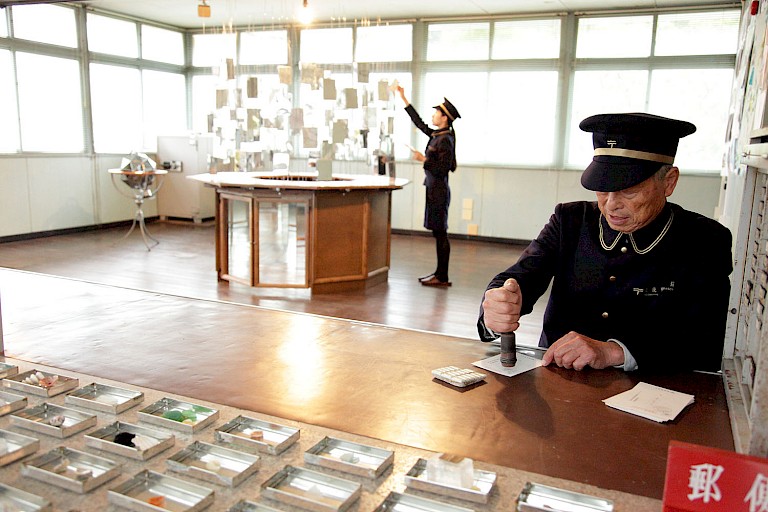 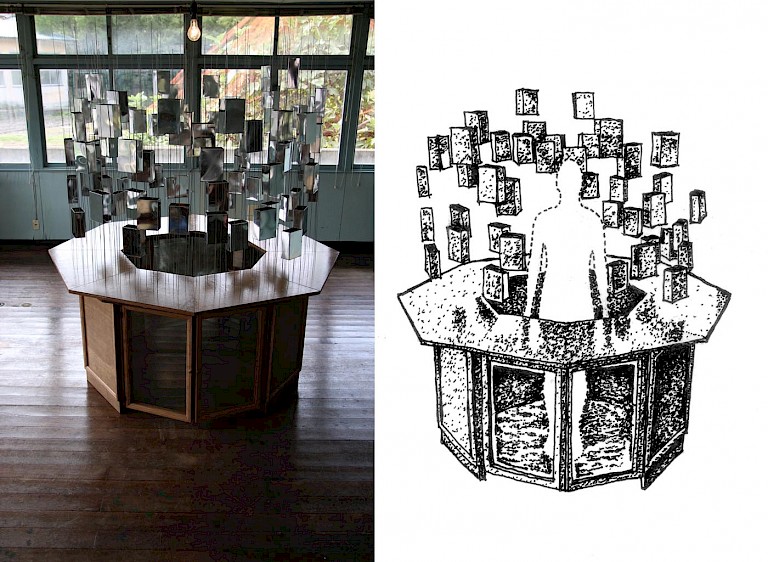